When Australia reached 80% vaccinated, the state governments, except Western Australia, decided to open their borders. Little did they know that Omicron was on our doorstep and it came rushing in so now we are experiencing a huge rise in numbers of cases. This was annoying for us as our state had been virus free for the last eighteen months. So now we have to be so much more careful. Luckily, we had our booster sooner than expected as the health gurus said we only needed to wait four months instead of six since the last injection. However, we were still wary about mixing with other people and declined lunch dates and village functions. Our daughter was still visiting from Sydney and we decided to get out of the house and go for a picnic. Unfortunately, the weather was cloudy and showery but we still went to Moogerah Dam and had our picnic but we were driven from the picnic spot by a shower just as we had finished eating, luckily. We had never been here before and it was a very pretty spot except for the grey sky. 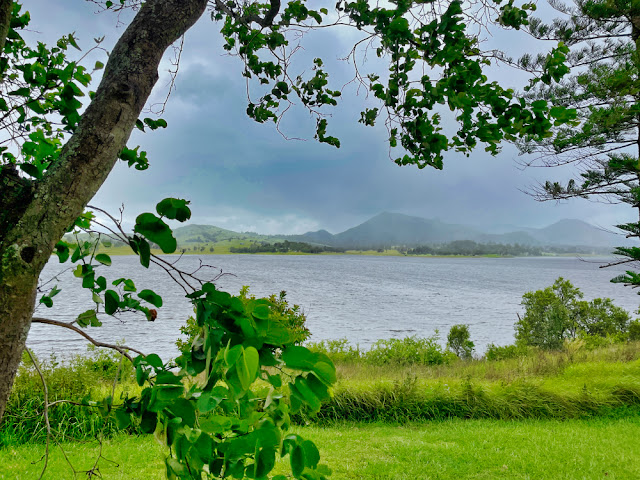 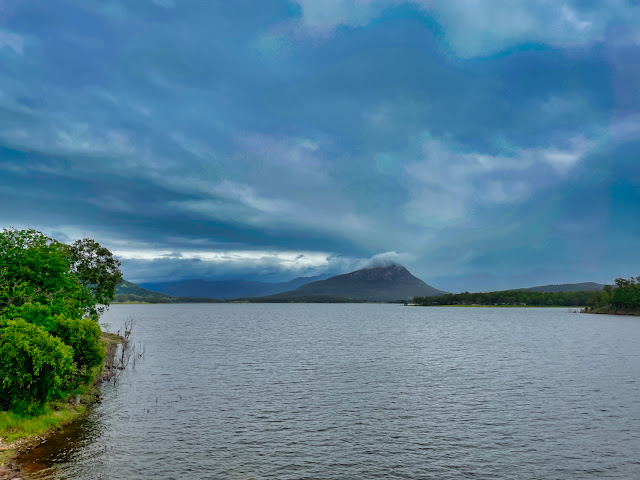 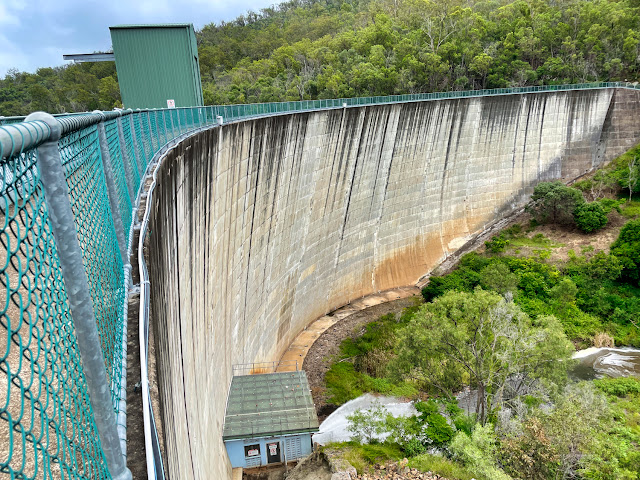 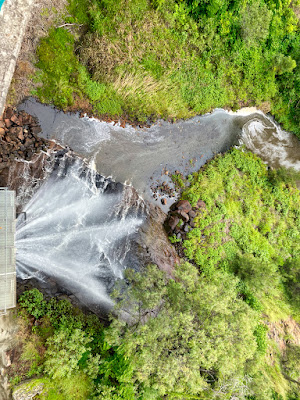 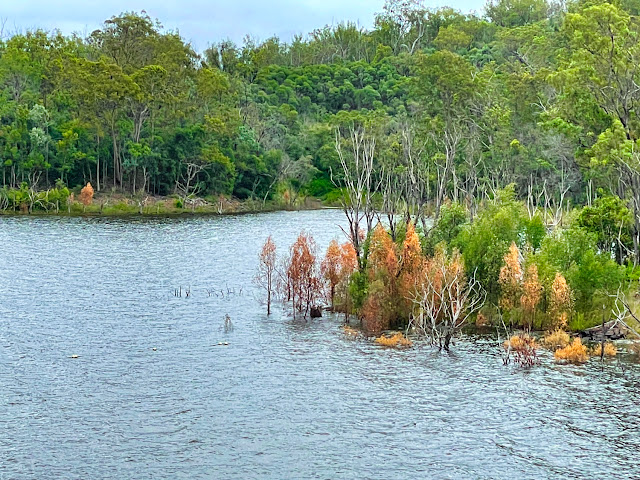 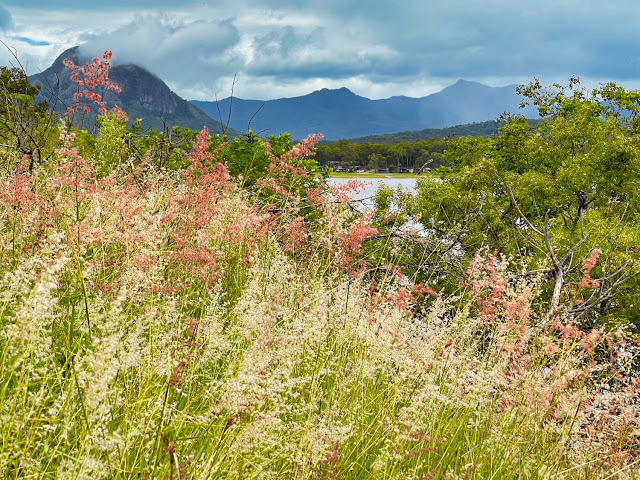 We headed for home but the rain stopped. On the way we saw a sign to Wyaralong Dam so we decided to drive in and check out the scenery. As it happened, there was a huge rowing carnival taking place. We watched them for a while and then found our way to the dam wall. It was an interesting one as it was a type of spillway wall. It was mesmerising watching the water flowing over. 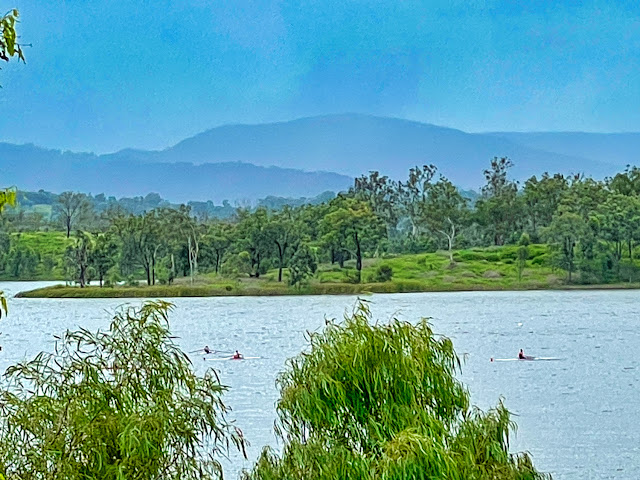 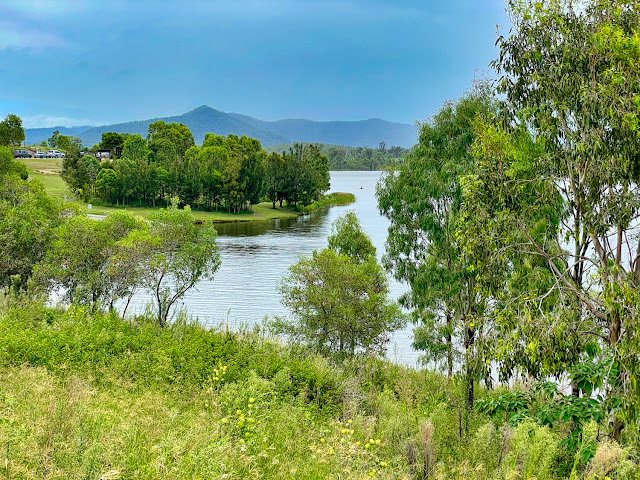 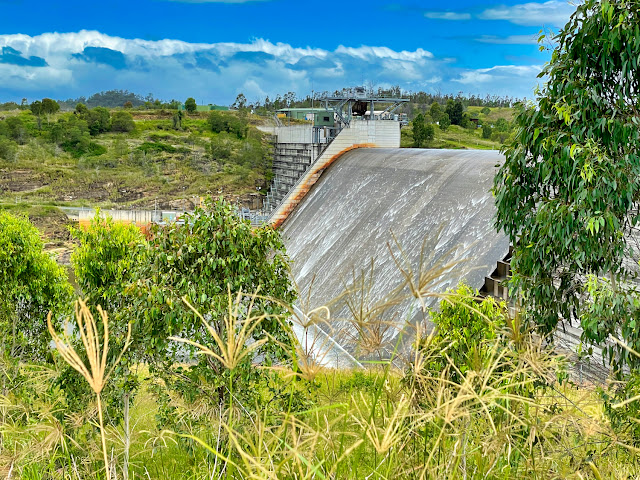 A video clip of the mesmerising water. 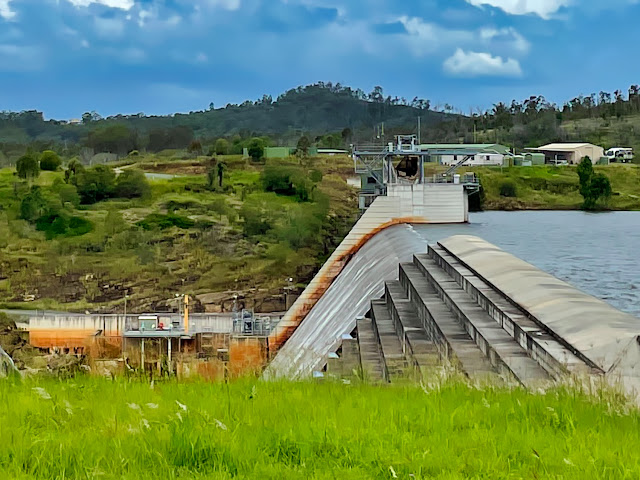 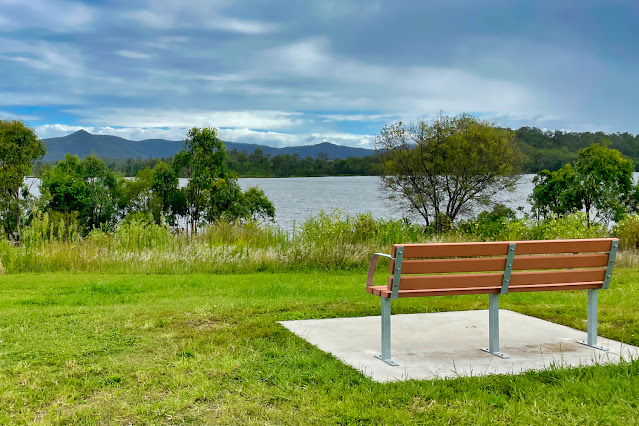 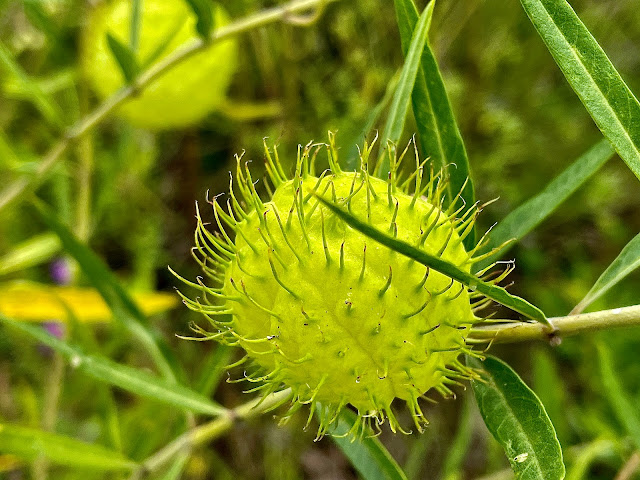 This is a weed but couldn't help recognising a coronavirus.
Posted by diane b