Carol-Ann was finishing her second year of school at Springwood Central State School.  It was the end of year school concert. The children sang and acted out Christmas Carols. Carol-Ann held the picture of Seven Swans a swimming in one act and she was a Twinkling Star in the nativity play. 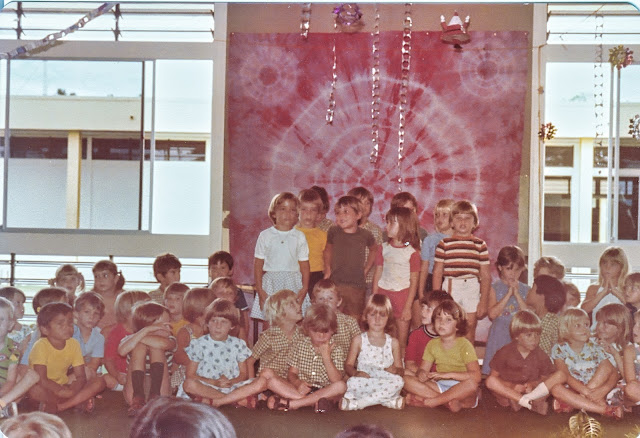 Carol standing first on left. Singing in the choir. 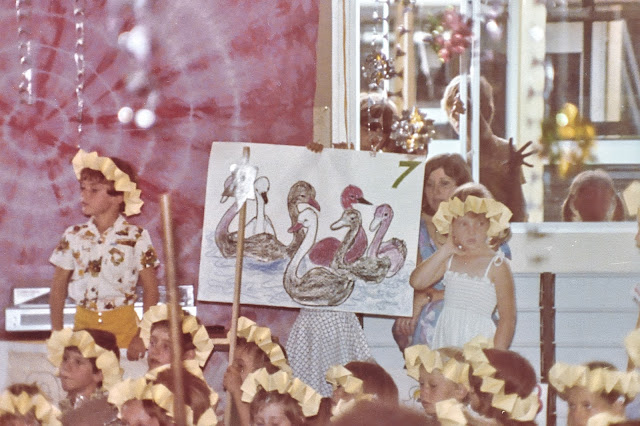 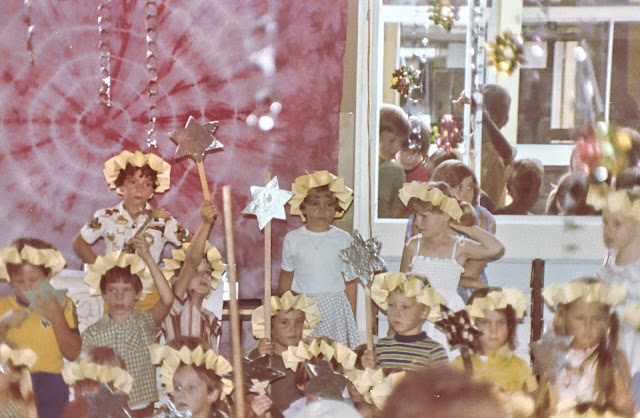 Carol a star in the nativity play. 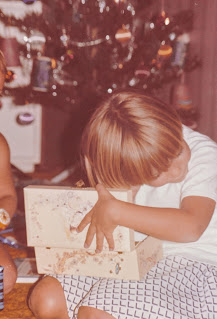 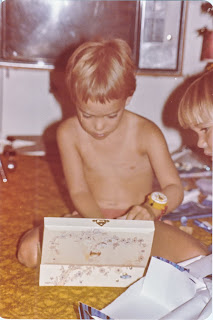 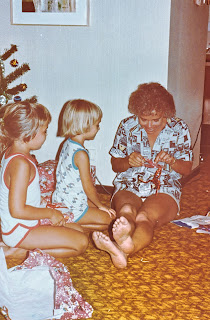 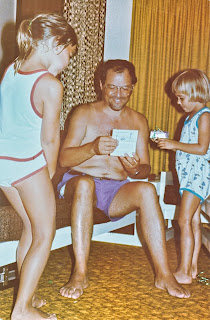 We give family gifts on Christmas Eve like they do in Switzerland. 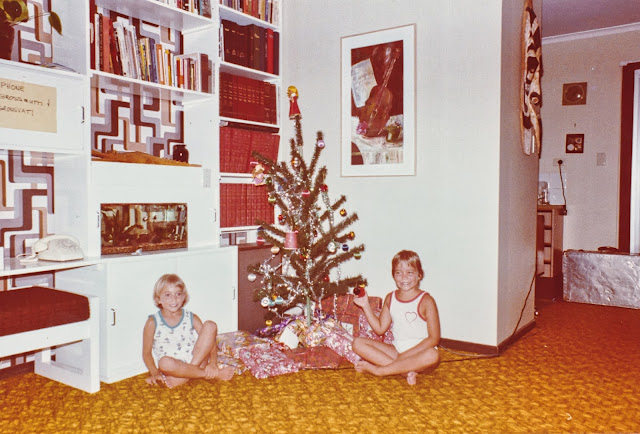 On Christmas morning the children open gifts that Santa left under the tree. 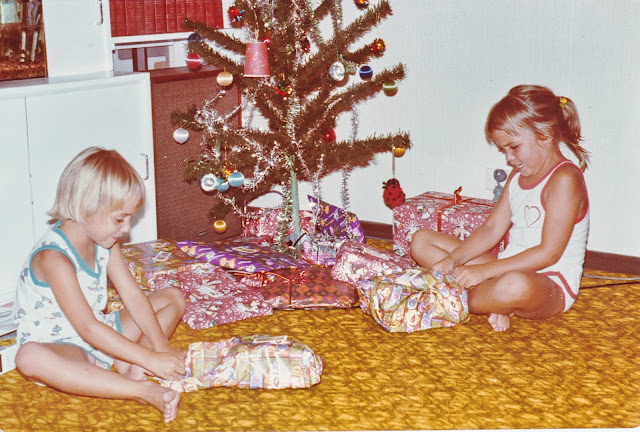 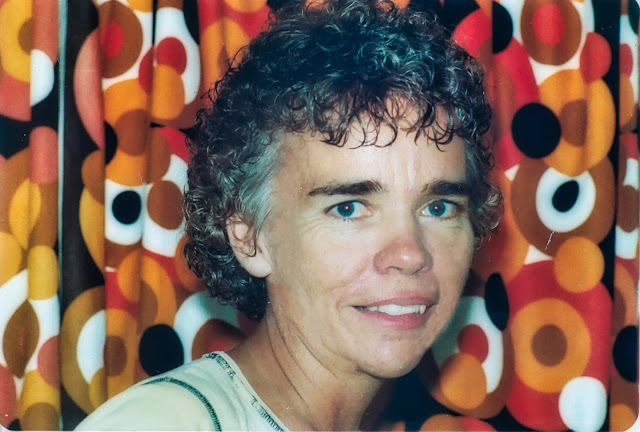 At the end of 1979 the girls were at a nice age. Sonya was going to start school in January 1980. I had been going to night classes at Griffith University, Mt Gravatt Campus to upgrade my teaching qualifications and I was hoping to get back into full time work. I had been a stay-at-home mum for seven years, which was to continue for another three years with part time work.
Posted by diane b

Email ThisBlogThis!Share to TwitterShare to FacebookShare to Pinterest
Labels: 1979 Christmas, My Story