HE TRIED TO OUTDO ME AND WON.

Not long after I came out of hospital after having a bowel blockage, I noticed Bill didn't look himself. I asked if he felt okay and he said ''Not really". But he couldn't pin point where he felt bad. After a week he got worse and I took him to the doctor who sent him for a blood test. The results weren't good. He had high urea and low haemoglobin. Doctor took him off one of his many drugs and told him to have another blood test in three days. Over those three days, Bill deteriorated so much that I nearly took him to hospital but we hung on for the results of the next test. Doc said,"Good news and bad news." The urea count had gone back to normal but the bad news was that the haemoglobin had dropped to a dangerous level and he needed to go to hospital and have a blood transfusion. He was obviously bleeding internally. So off we went to emergency where they gave him an endoscopy and discovered blood in his stomach but they couldn't do anything due to the anticoagulant drug that was in his system. So he was taken off the drug and given two bags of blood. He looked and felt better after that but he had to wait seven days for the anticoagulant to leave his body. Two days later he needed another transfusion and his blood pressure was dropping dangerously low a few times. Finally, his haemoglobin count became stable and he was allowed home for two nights but had to return for another gastroscopy and colonoscopy to find where it was bleeding and seal it with APC (argon plasma coagulation). It wasn't a pleasant time for him but it is all over and the bleeding found in the caecum has stopped and he is on the mend. 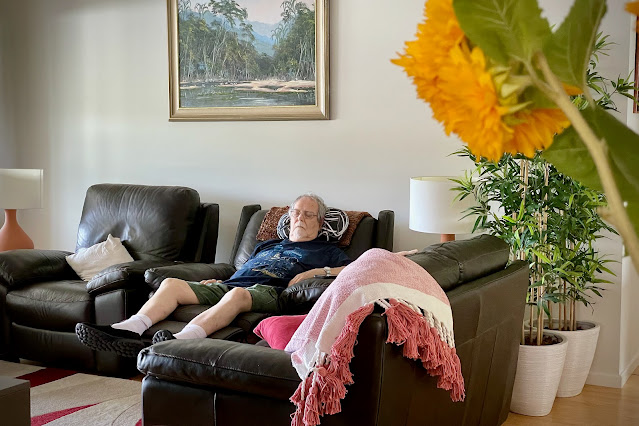 He was so sick and weak he couldn't move out of his chair. 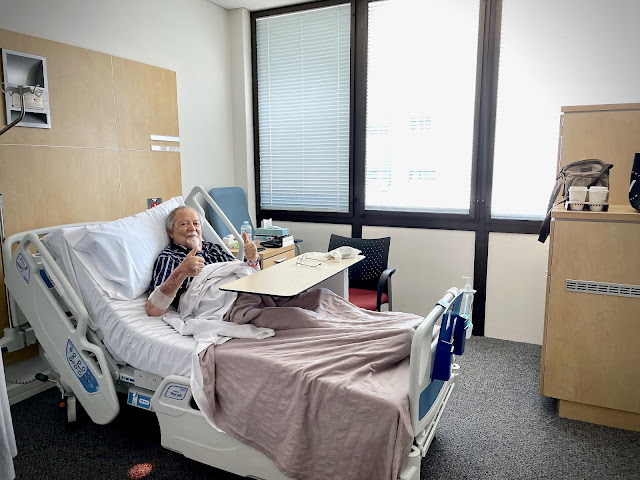 For the first 6 days he was in a noisy room but then a kind nurse found him a quieter room. He was happy about that. 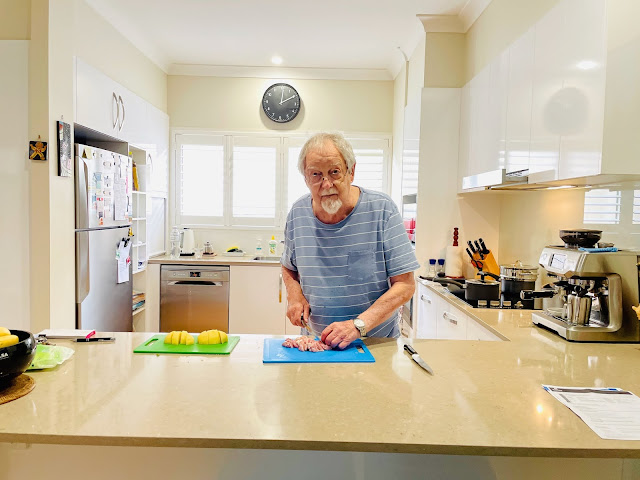 Now he is mended and is getting back to his old self and even cooking dinner. 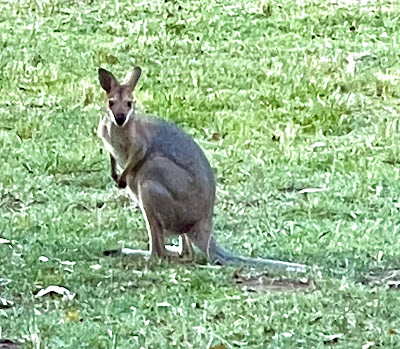 We even go for short walks around the village and check out the wild life. 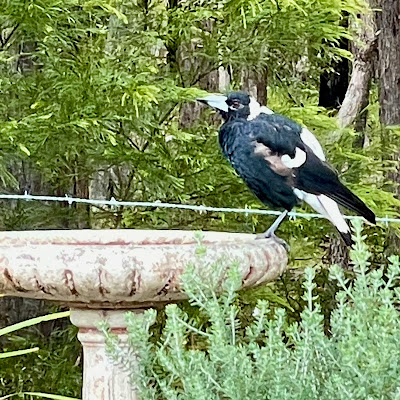 Email ThisBlogThis!Share to TwitterShare to FacebookShare to Pinterest
Labels: Bill in hospital