THE WORST NEW YEAR'S EVE EVER

As usual I joined my friends for a walk in the forest in the morning of 31 Dec. It was overcast and it had started to rain by the time we got to the picnic grounds. We sat in the weather shed for a while and contemplated whether we should push on or go home. Soon the rain eased and we continued our walk. I wasn't feeling the best and had a tummy ache so half way round our circuit, I took a short cut home. 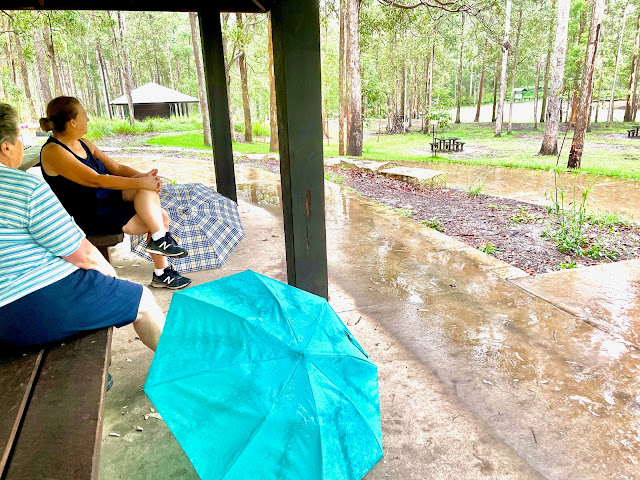 As the day progressed so did the pain. Our doctor's surgery was closed so Bill rang the night doctor, who said get an ambulance and go to hospital. So I spent New Year's Eve in the Emergency Department. After a CAT scan showed a bowel blockage due to scar tissue narrowing the small intestine I had a nasal gastro  tube stuck up my nose and down my throat and my stomach drained. In the early hours of 2021 I was admitted to a ward where they poured Gastrographin down the tube three times a day for three days but it did flush out the blockage. I was fed intravenously. 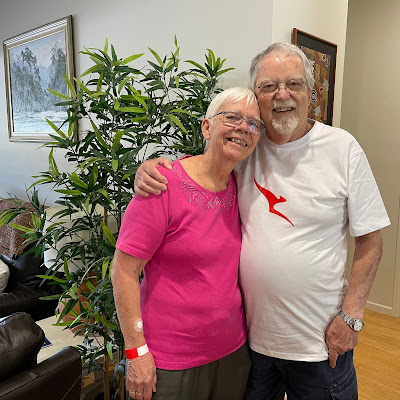 After five days I came home a bit worse for wear. Luckily the young ones were still visiting Brisbane from Sydney and they came to help out. Then Brisbane went into hard lockdown for three days because a cleaner from one of the quarantine hotels tested positive to Covid. All her contacts had to be tested and no cases in the community found before the restrictions were lifted. Luckily only her partner was infected. 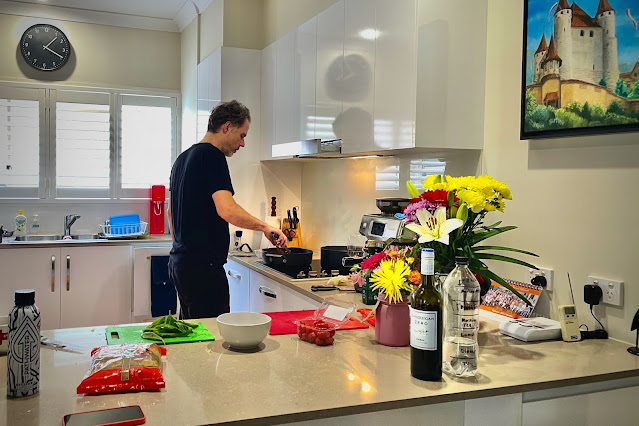 But it was great being locked down with my daughter and son in law, who took over the kitchen. 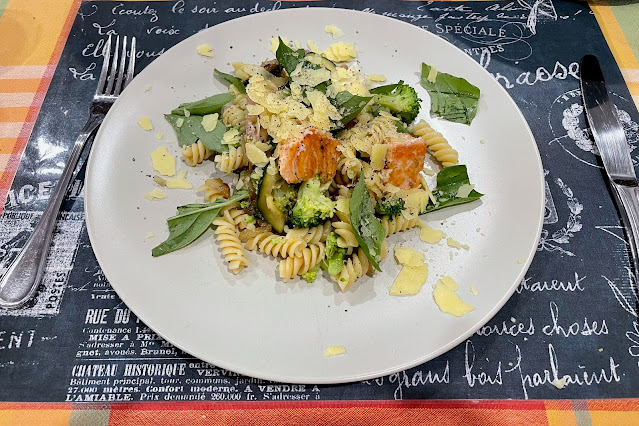 I was on a soft diet and small portions but I managed some salmon and pasta. 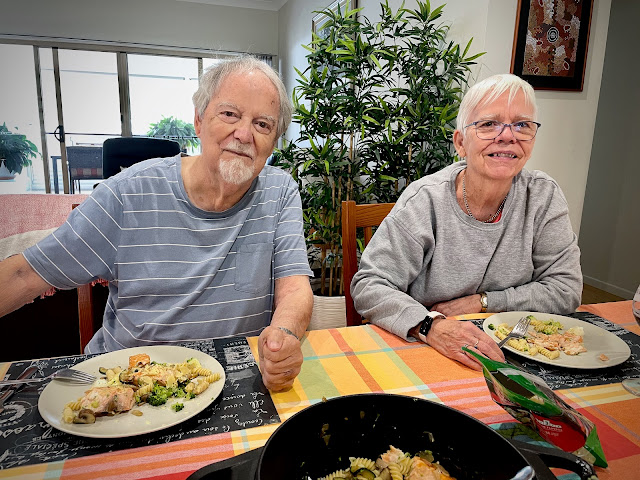 Slowly, I am getting my strength back and the pain is subsiding. I'm now on a special diet to try to avoid it happening again. I can only eat soluble fibre and not insoluble fibre because it gets stuck in the narrow part. I used to eat a high fibre diet so its a change for my body to get used to.
I'm starting to wonder what next NYE will bring. Last year I broke my ankle. 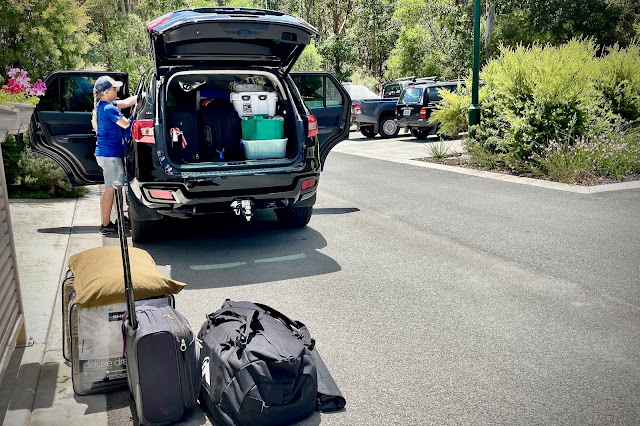 The kids have packed up and continued their road trip back to Sydney via different National Parks. 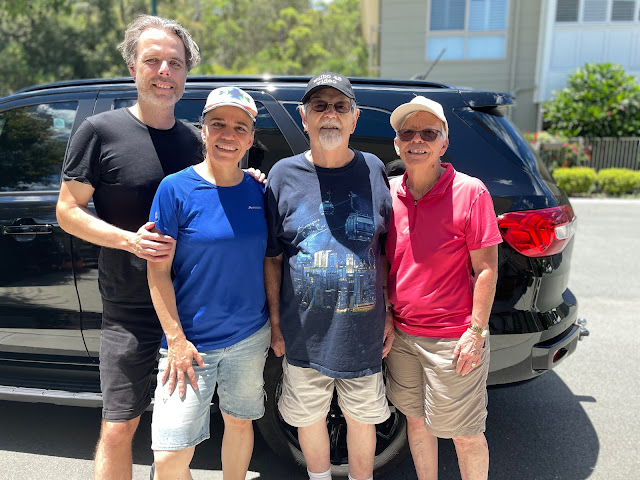 It was fabulous seeing them after eleven months. 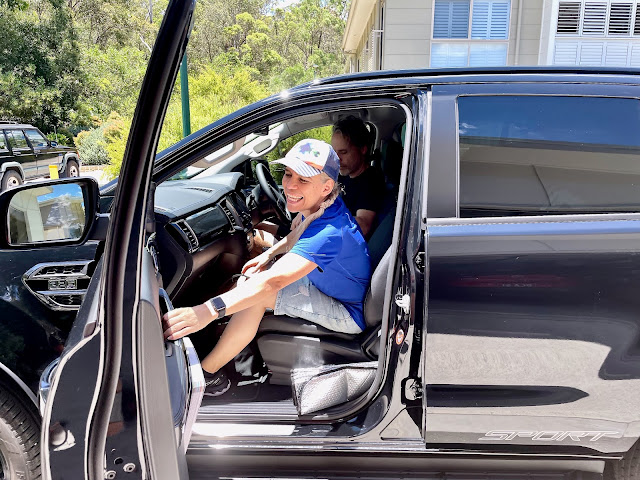