TRIP TO THE OUTBACK TO SEE DINOSAURS

On my bucket list for a long time was Winton and the Dinosaurs. Finally, we made the trip. We were supposed to travel with friends, Kathy and Rob but Kathy got a chest infection  just before we were to leave so she had to stay home. However, Rob did come with us. 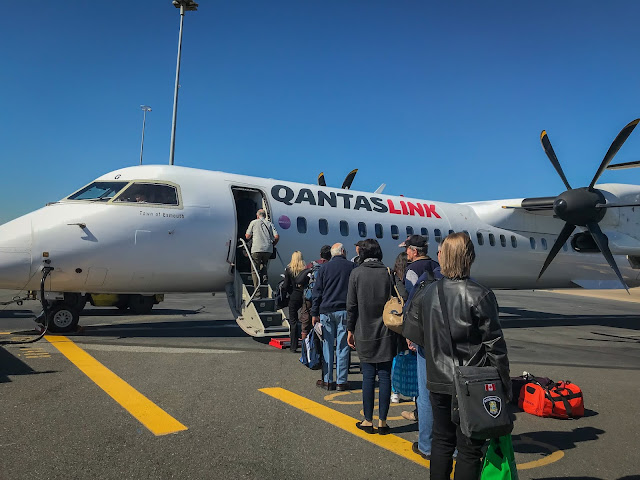 Winton is 1357k way out in Western Queensland. We caught a little regional plane to Longreach stopping at Blackall on the way. 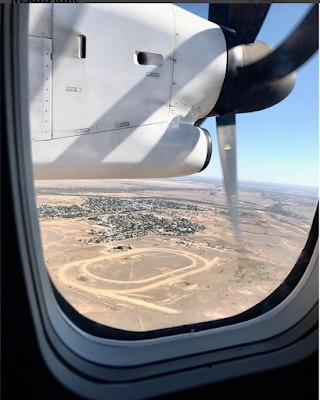 After more than 3 hours, we finally spotted the town of Longreach where we were joining an 'Aussie Outback Tour', which would take us on a 6 day coach tour of the outback including Winton and the dinosaurs. (Bill kept reminding me that the dinosaurs were no longer alive.' Western Queensland has been in drought for seven years. We saw first hand how the cattle and sheep farmers are suffering and how they are diversifying. 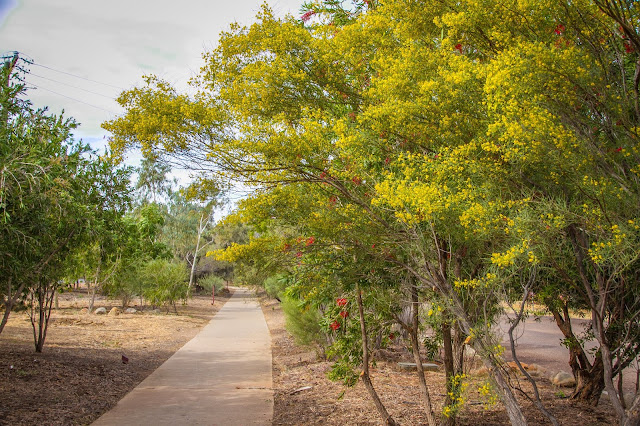 After we settled in our motel in Longreach, Rob and I walked into town while Bill had a rest and tested the internet access. 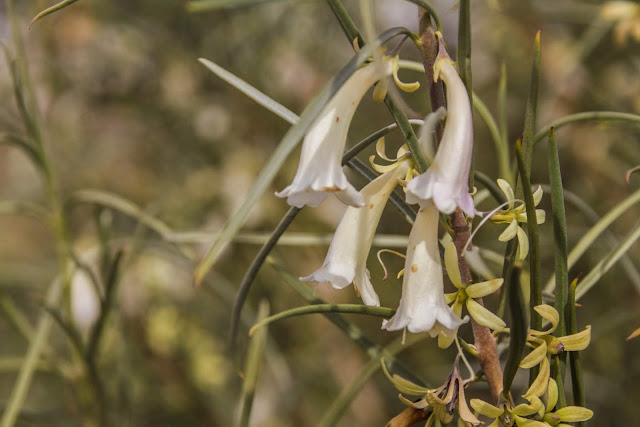 The walk was very pleasant through a 2.5k linear botanic garden showcasing plants that can tolerate a dry, hot climate. 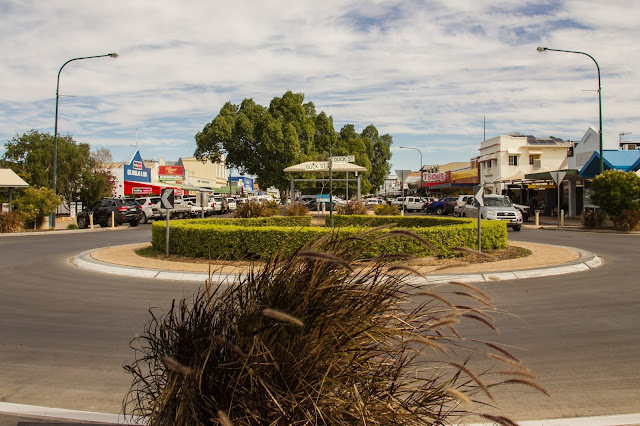 Soon we arrived in the main street of Longreach, it was a typical country town. 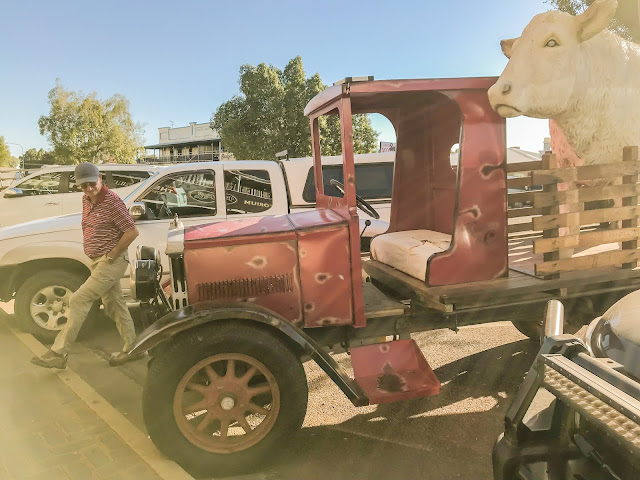 Rob is checking out the old farm vehicle together with a bull on board. It was parked outside the Cob and Co. museum. 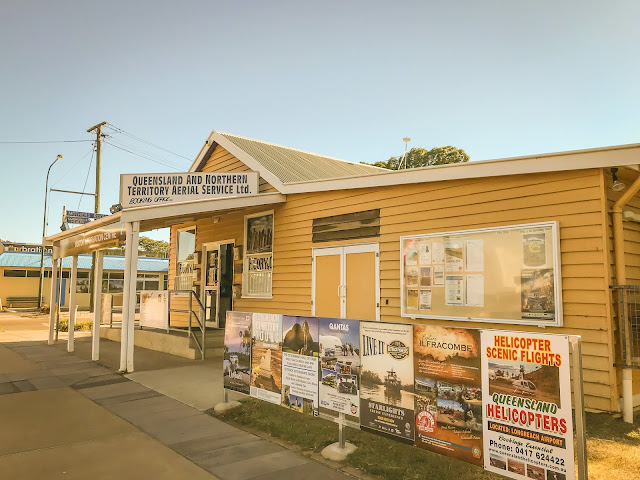 We passed the Information Centre, which used to be QANTAS headquarters in 1921. Our national airline QANTAS was started in Winton in 1920 but the HQ moved to Longreach in 1921. The airline was started by two war pilots, Fysh and MacGinness, who felt that airplanes were the way for people in the outback to travel and receive mail and goods. So they started Queensland And Northern Territory Aerial Services. It will be 100 years old in 2020. 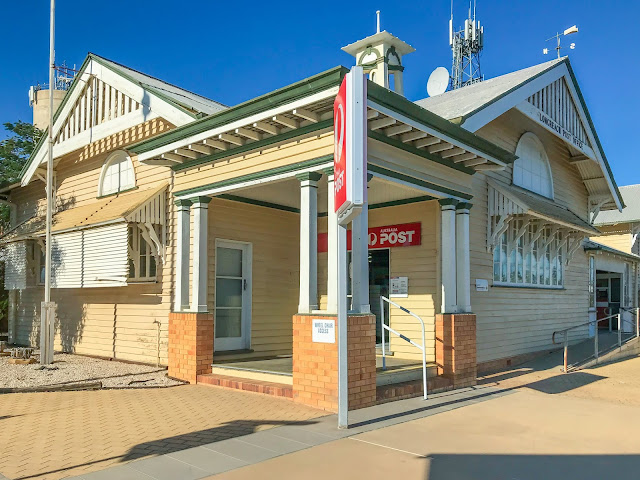 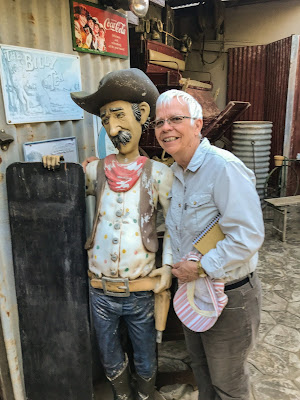 I found myself a new man, a stockman (cowboy). 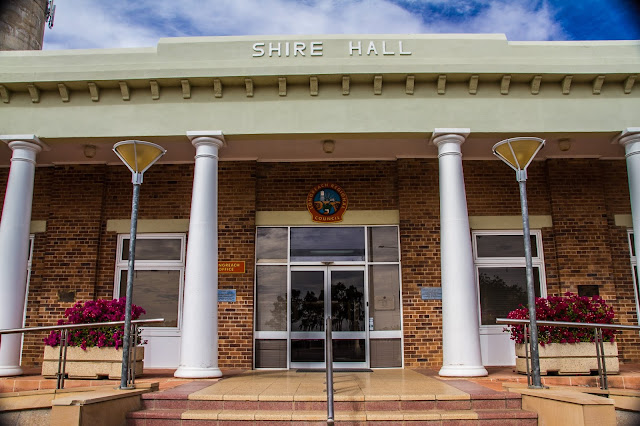 We had a cool drink and then started our walk back to the motel for a 'meet and greet' dinner. 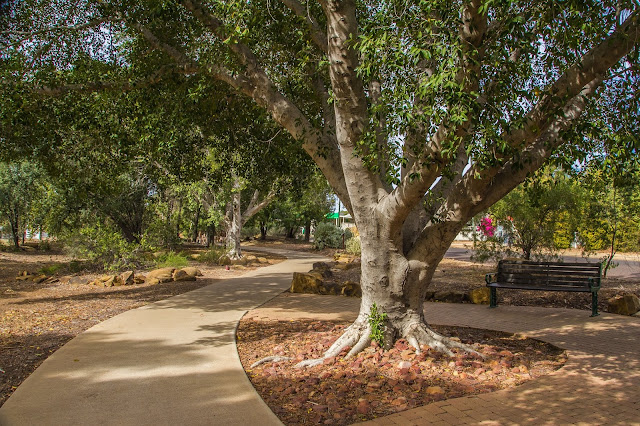 Everywhere was dusty and dry. The temperatures were mild in the day and cold at night.
(to be continued)