Part of our tour on The Savannah Way was a trip on the historic train called The Gulflander. It was originally built to connect the once busy river port of Normanton with the goldfields of Croydon in 1888.Today it is a tourist train and a working tribute to the early pioneers of the Gulf of Carpentaria. (see map). The rail line isn't part of any other network and it is affectionately said to go from nowhere to nowhere. It is heritage listed and retains its original rails and steel sleepers used to withstand the annual wet season and floods. The driver and guide tells about the history of the area. 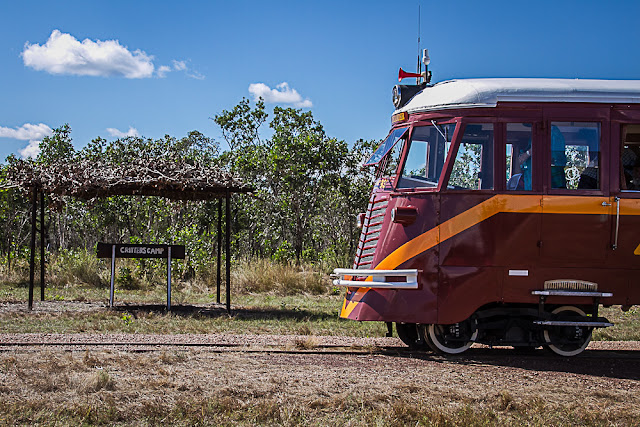 We didn't do the full five hour trip from Crodon to Normanton but a shorter two hour ride from Critters Camp to Normanton. (Named by early rail workers who found a myriad of creepy crawlies when camped there.) Don't you love the station.....four posts and grass roof to provide shade? The temperature was 35°C in winter. 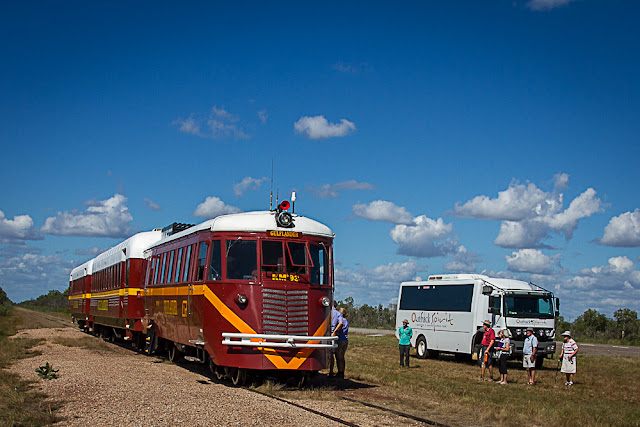 Our tour coach arrived at the same time as the train but we still had time for a few snaps. 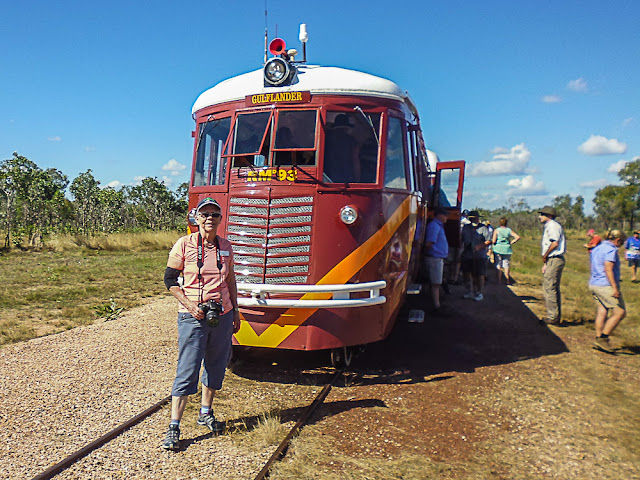 I was wishing Bill was with me. He would have loved this part of the trip but he didn't come because he doesn't like travelling miles and miles in a coach with nothing much between stops. Nor does he like the tropical heat. So I made a video for him which will be at the bottom of the post. 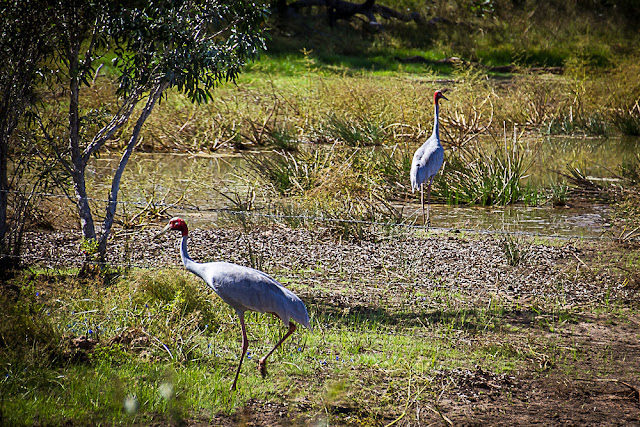 From the train we saw some Sarus Cranes, they stand six feet tall with an eight foot wing span. 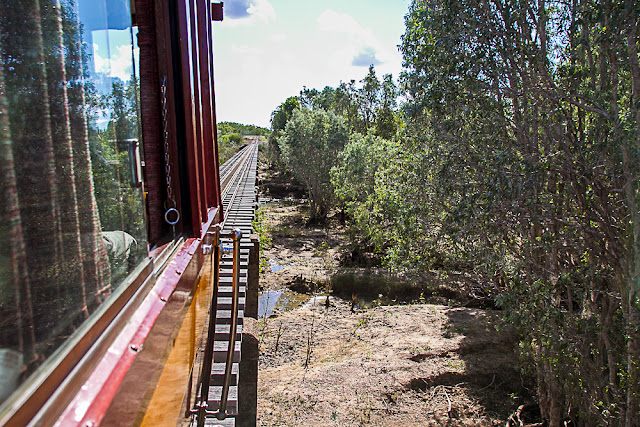 The old train was noisy and rocking so much it was impossible to stand and take shots or movies. We travelled through savannah land and over dry river beds. 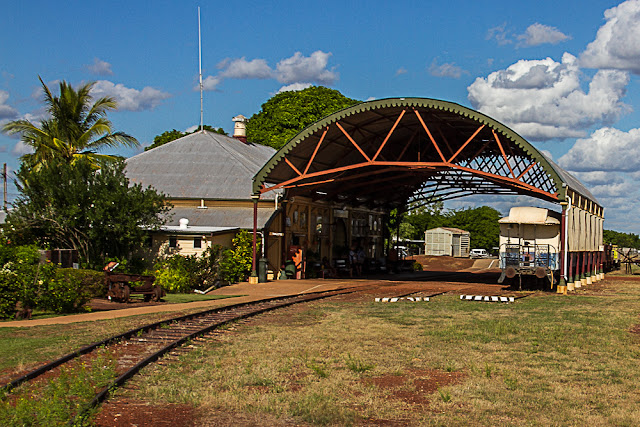 When we reached the historic station of Normanton we did a loop to turn the train around. 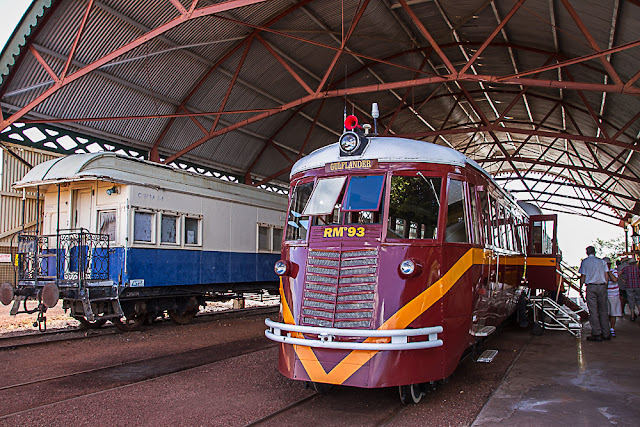 The coach was here to meet us but first we looked through the rail museum and had an ice block which melted faster than you could eat it. 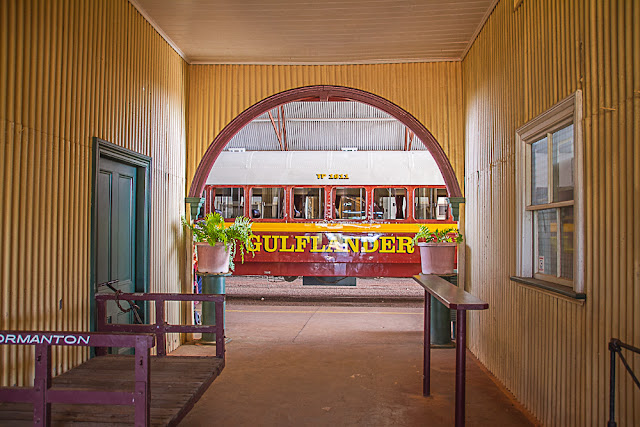 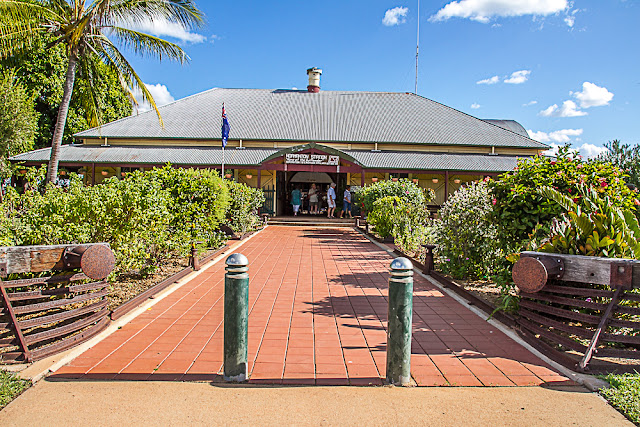 Come for one minute ride on the Gulflander.
Posted by diane b