We left Cairns early by small coach and climbed up the ranges to the Atherton Tableland. See map 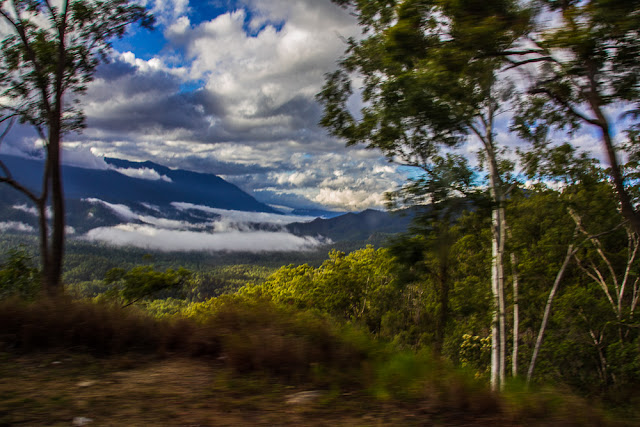 From the bus window I could see the morning mist still trapped in the valleys of the Great Dividing Range. 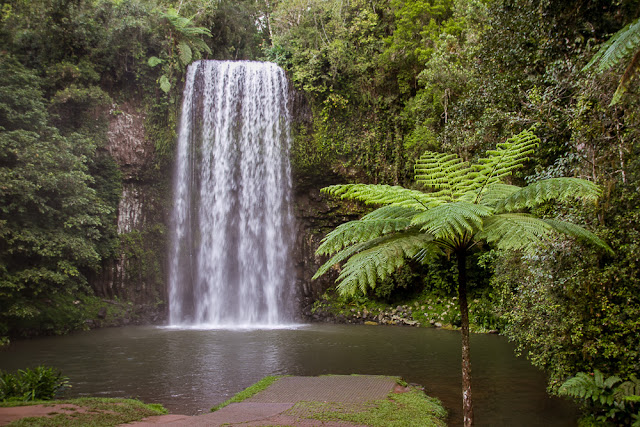 We stopped at the beautiful Millaa Millaa Falls for morning tea. 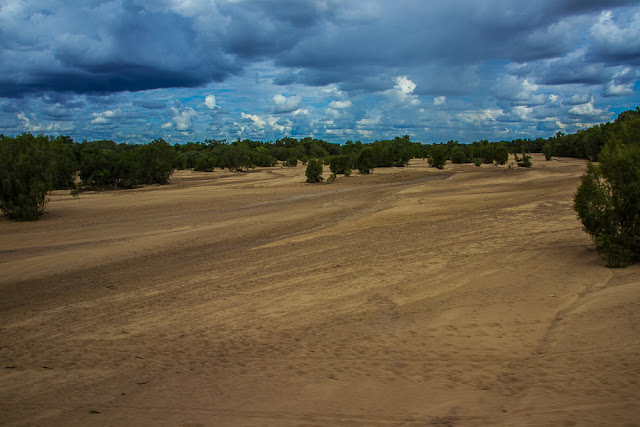 Then we drove for miles into the Savannah Country and crossed many empty rivers because this is the dry season now.We stopped at the small town of Mt Surprise for a picnic lunch and then continued on through many huge cattle stations until we reached the 330,000 acre Robin Hood Station owned by the Terry family. Cob and Mary have been working the station with their seven children since 1964. It wasn't until 1994 when the youngest son Simon and a friend decided to take a boat down to the creek and went up stream did they discover the wondrous gorge on their property. 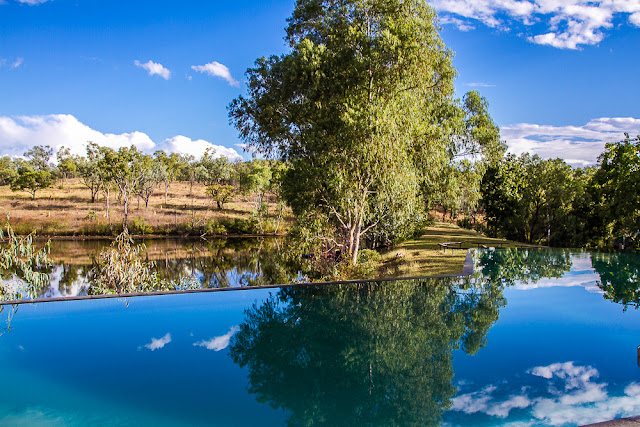 Simon and his wife Gaye recognised the potential of developing a tourism venture. Starting with a small camp site it has now grown into a beautiful resort with cabins, bar, restaurant, gift shop and the most modern swimming pool. 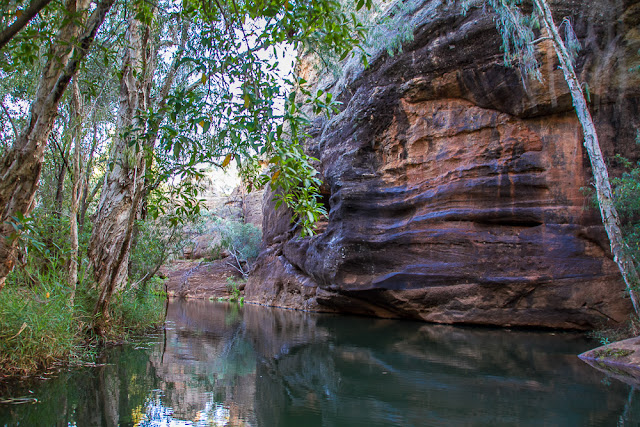 After we checked in it was time for a cruise along the gorge. We were driven in 4 wheel drive busses through the rough terrain for 4k then we transferred to silent electric boats only 2 metres wide and carrying 8 passengers. 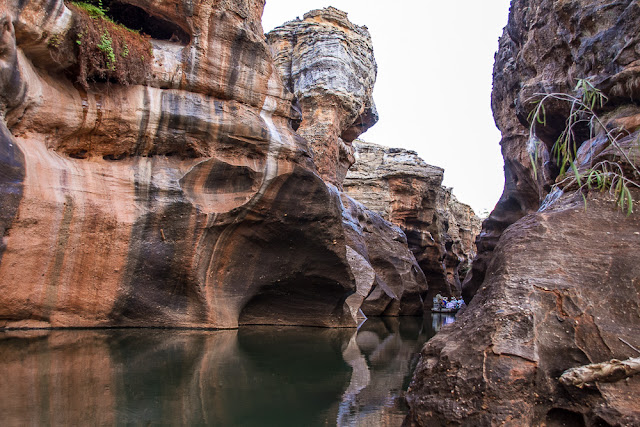 The gorge was formed through sedimentation of the Hamstead Sandstone 134 million years ago, followed by compression, faulting and erosion. It has created a very narrow gorge with 30ft high cliffs. Can you see the boat ahead squeezing between the cliffs? 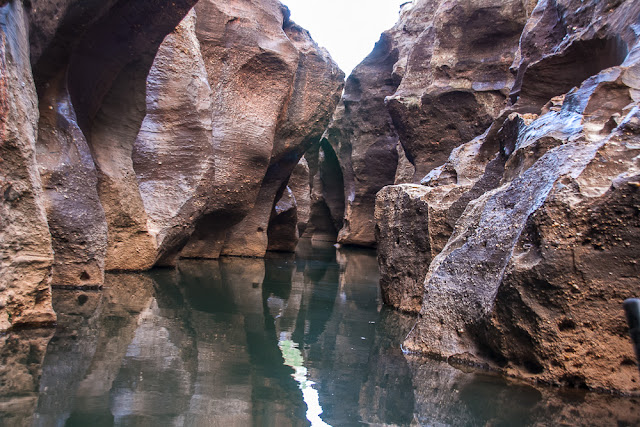 It was quiet and eerie; narrow and wondrous. 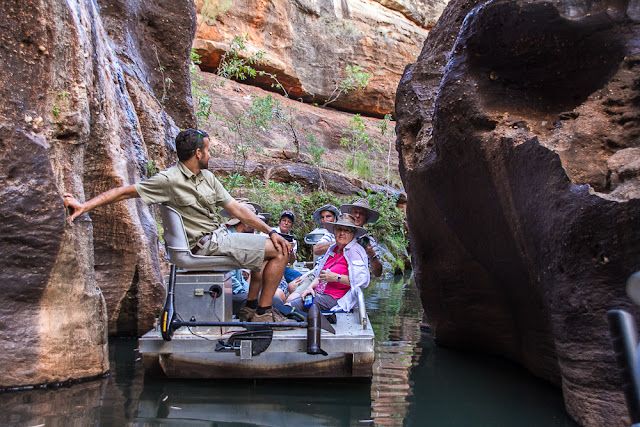 After a while the boats can go no further there is not enough room for them to turn around but there is a tiny motor at each end and the driver just swap ends to go back. 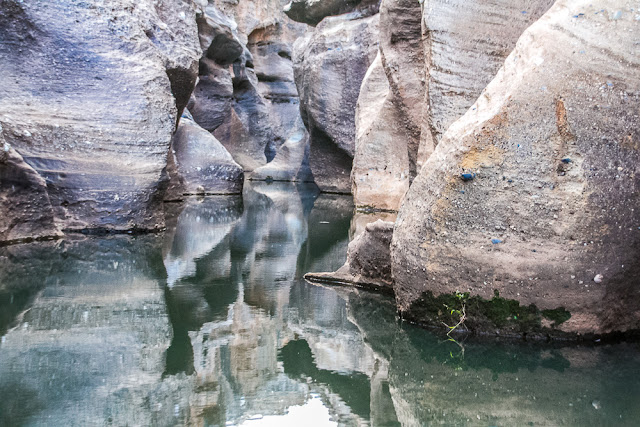 I couldn't stop taking photos. We didn't see any crocodiles. 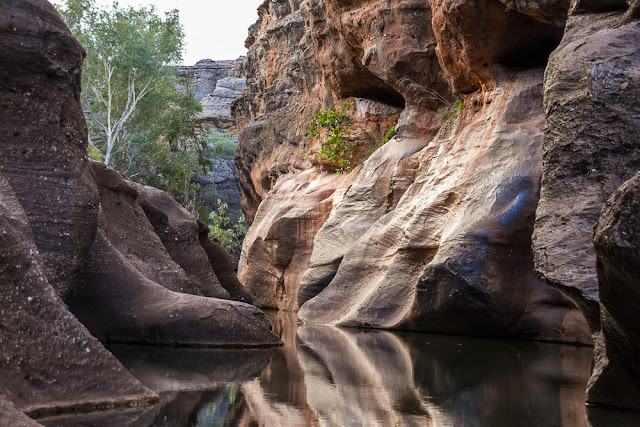 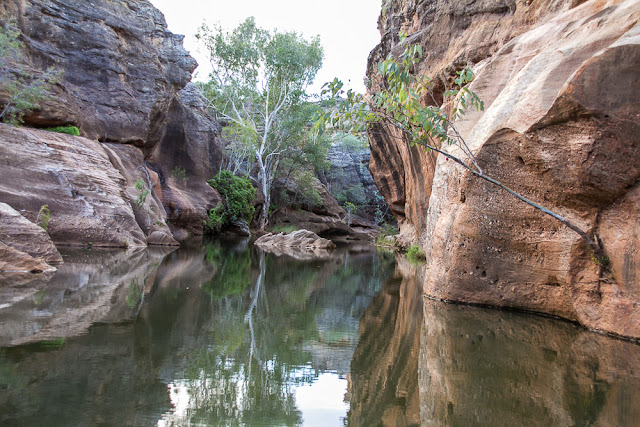 Almost back to the jetty. 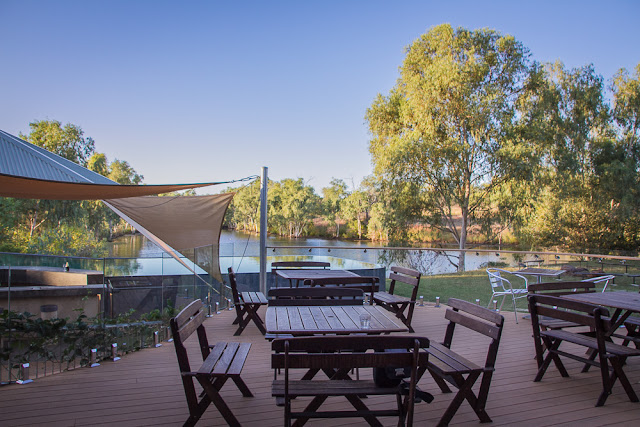 Next morning we had breakfast here overlooking the pool and the river. It was a little bit of paradise in the isolated outback. We were to stop at quite a few of these lovely spots during the course of our tour.
Posted by diane b