At the time I was living and working in Papua/New Guinea. I had been there four years and enjoying myself except when the love of my life left me early in 1968 and I was heartbroken but by November I had a new boyfriend but I tried to keep my emotions under control, I didn't want to get hurt again. However, Bill was very nice and attentive and appeared to be in love with me but it was that time of the year for me to go on leave to Australia for two months. Would he find someone else while I'm away? In the last weeks of November we continued to enjoy each other's company. 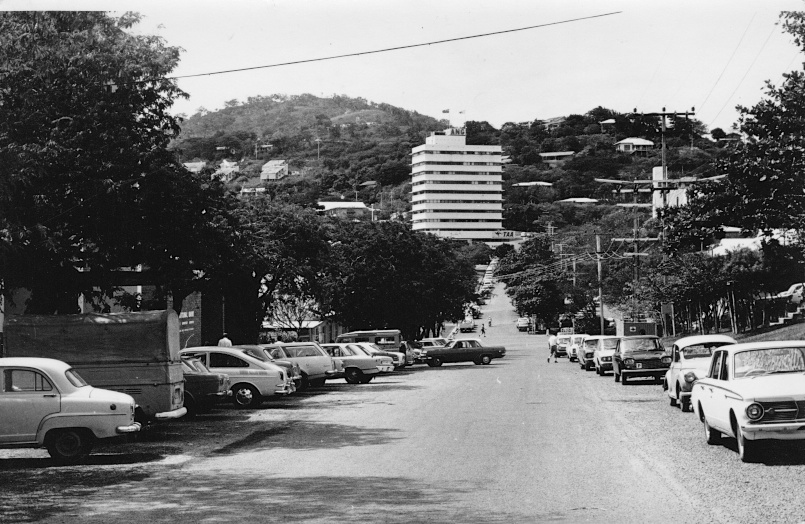 On the weekends we had breakfast at a restaurant in town. 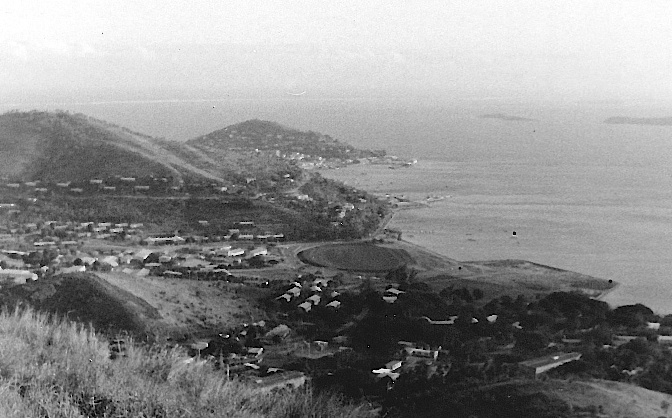 We drove up to Burns Peak and looked over Port Moresby and suburbs. A new oval was being constructed for the Pan Pacific Games. 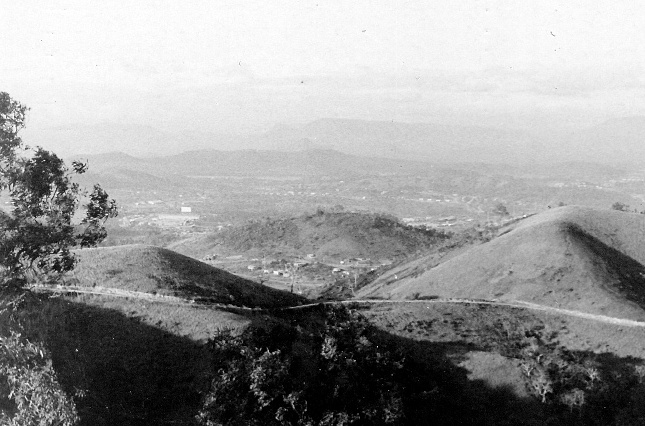 We turned around and looked inland towards the Owen Stanley Mountains. 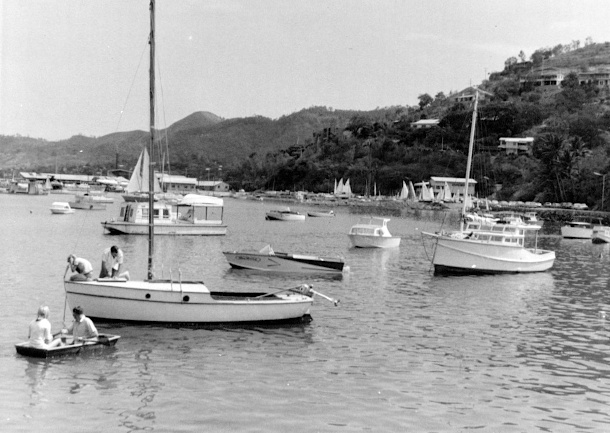 We walked around  Fairfax Harbour and watched the sailors and boaties having fun. But it was time to say goodbye. Bill drove me to the airport and he seemed genuinely sad to see me go. (I heard later that he went to the hotel with his friends and drowned his sorrows. He awoke the next morning to find his car being swept away in flood waters) It was great to see my parents again. Each leave they looked older of course but you forget that when you are away. We were invited to my friend, Kerrie's parents house at Urunga Beach for a few days holiday. Its an all day drive from Sydney so mum packed a pinic for on the way. 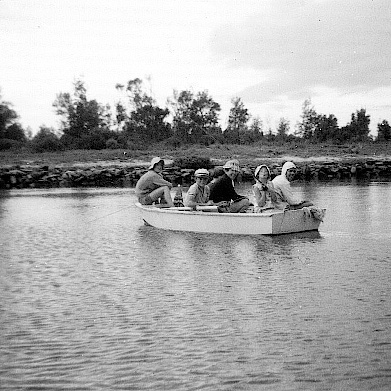 We spent the days swimming, fishing and hiking with Kerrie's family, her two sisters and kids. 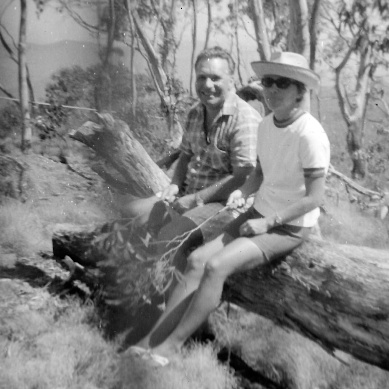 Dad and I have a chat about my life in PNG. Bill had been writing to me every week and he seemed to be counting the days until I would return. Seems like I might be lucky this time. I was looking forward to returning once more and wondered what was in store for me in 1969.
Posted by diane b

Email ThisBlogThis!Share to TwitterShare to FacebookShare to Pinterest
Labels: My Story, TPNG 1968