Another post in the series "My Story".
By 1968 I had been teaching in Pt Moresby, Papua/New Guinea for four years. I had a great time and made lots of friends. I had a steady boyfriend for three of those years. I was very much in love with him and hoped he would pop the question but alas it wasn't to be. Early in 1968 he had got bored with me and was playing the field behind my back. Rather than face up to me with the truth he got himself transferred to another town in PNG. I stupidly still hoped there was a chance as we hadn't said good bye for good. We wrote to each other and he came back to Pt Moresby for a visit after a few months but I knew when I saw him that there was no more love left in him for me. He flew back and out of my life forever. I was heart broken. I felt pretty depressed as this had happened to me before. It was before I had gone to P/NG. I wondered what was wrong with me why can't I keep a guy interested? 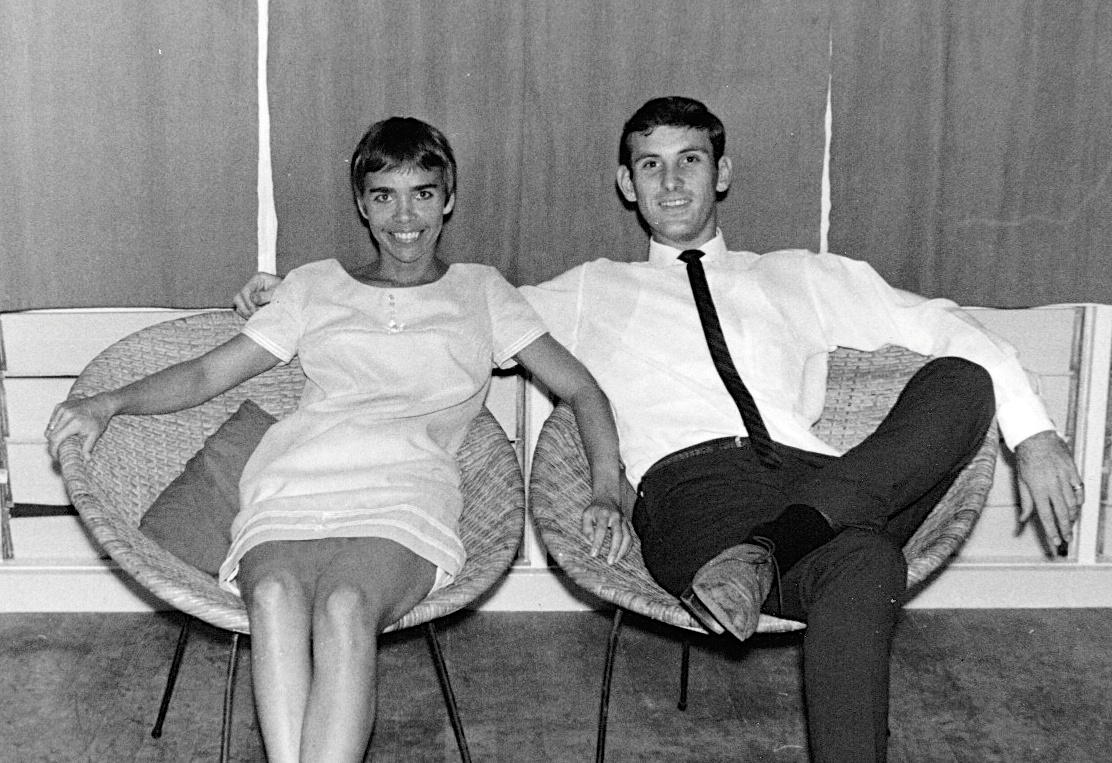 The heartbreaker and me. 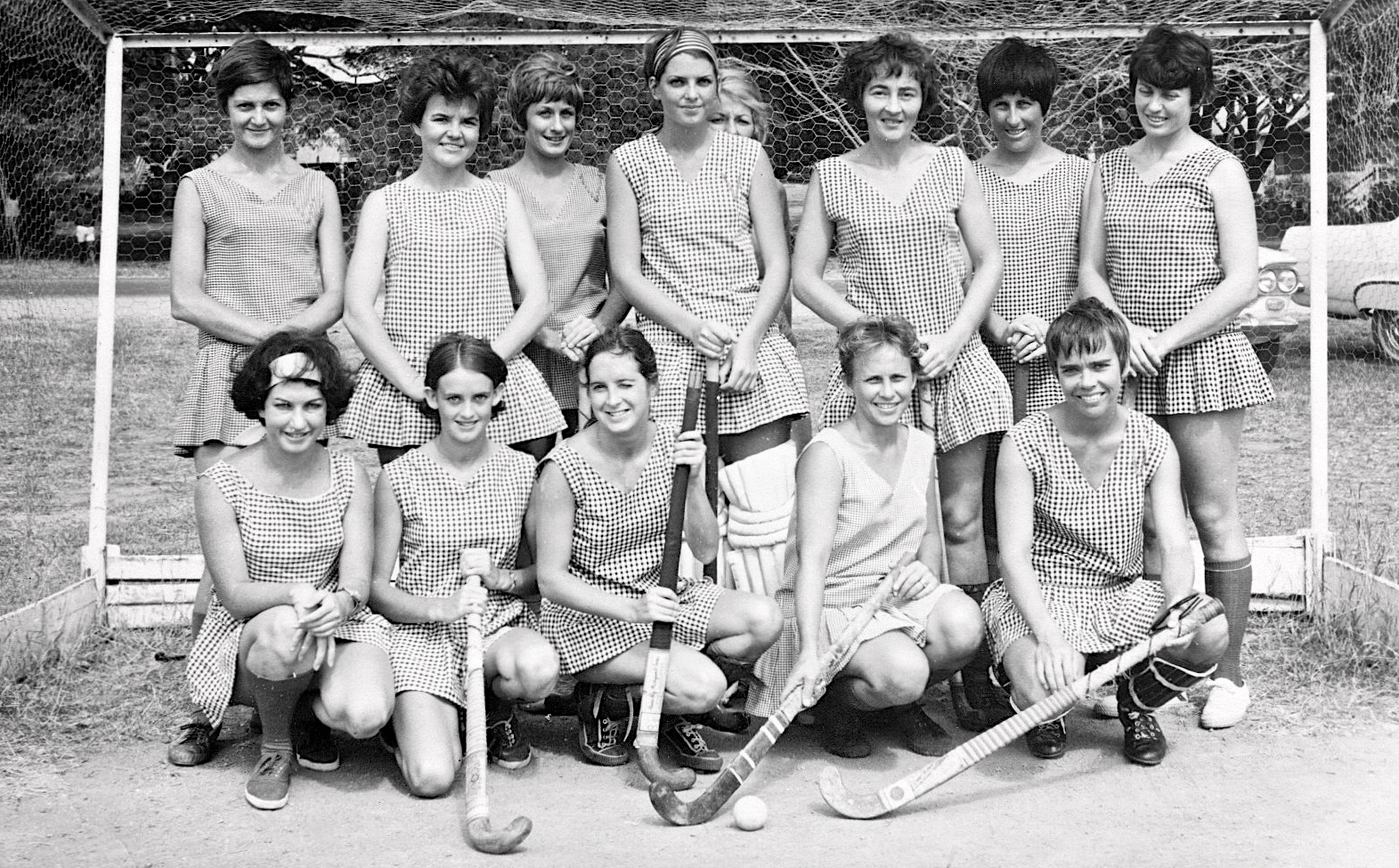 To overcome this disappointment, I threw myself into sport and my job. 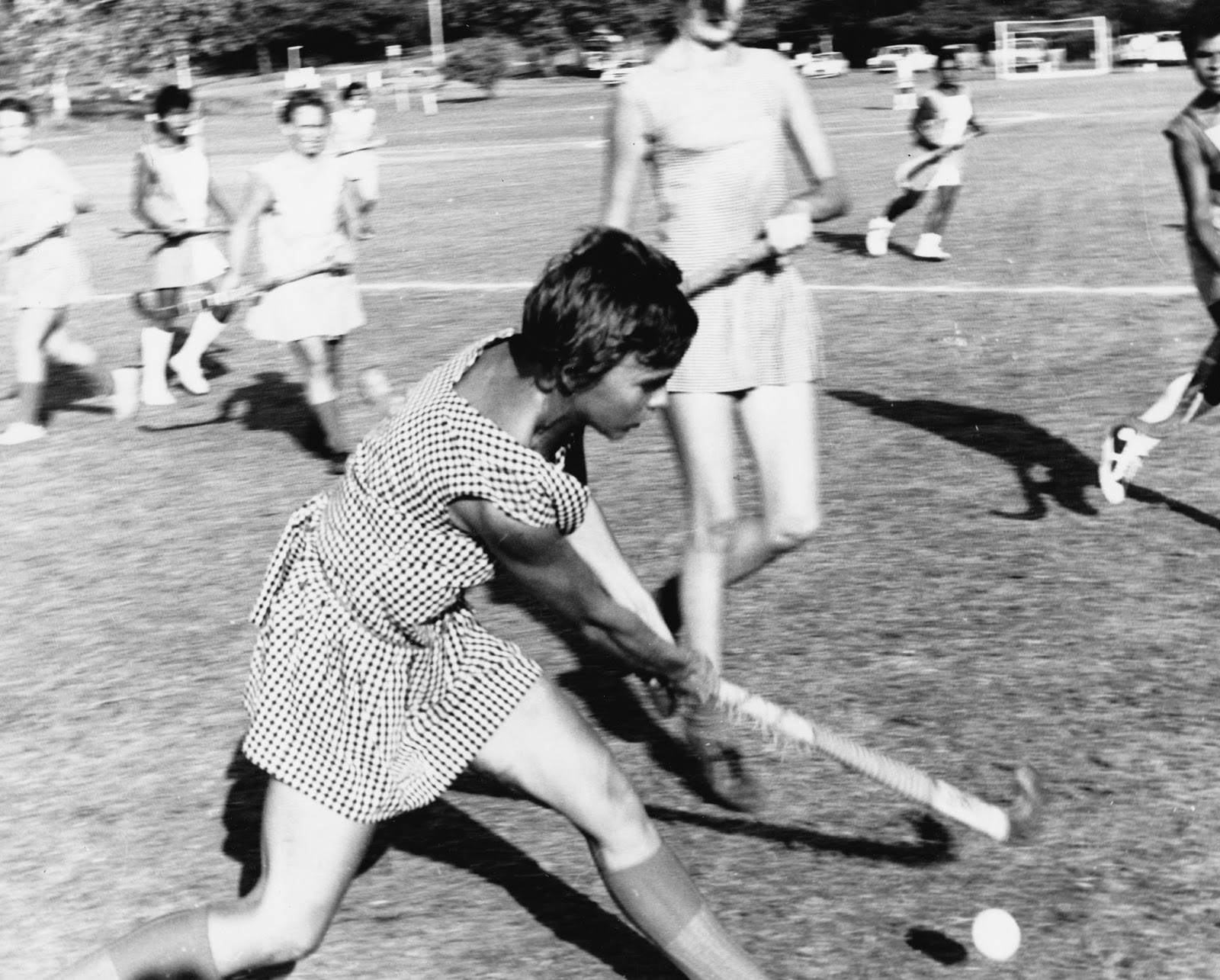 I played hockey, squash and tennis. I made new friends. I met a nice guy at squash and I started seeing him for a while until I found out that he had a wife back in Australia. Another botched romance. 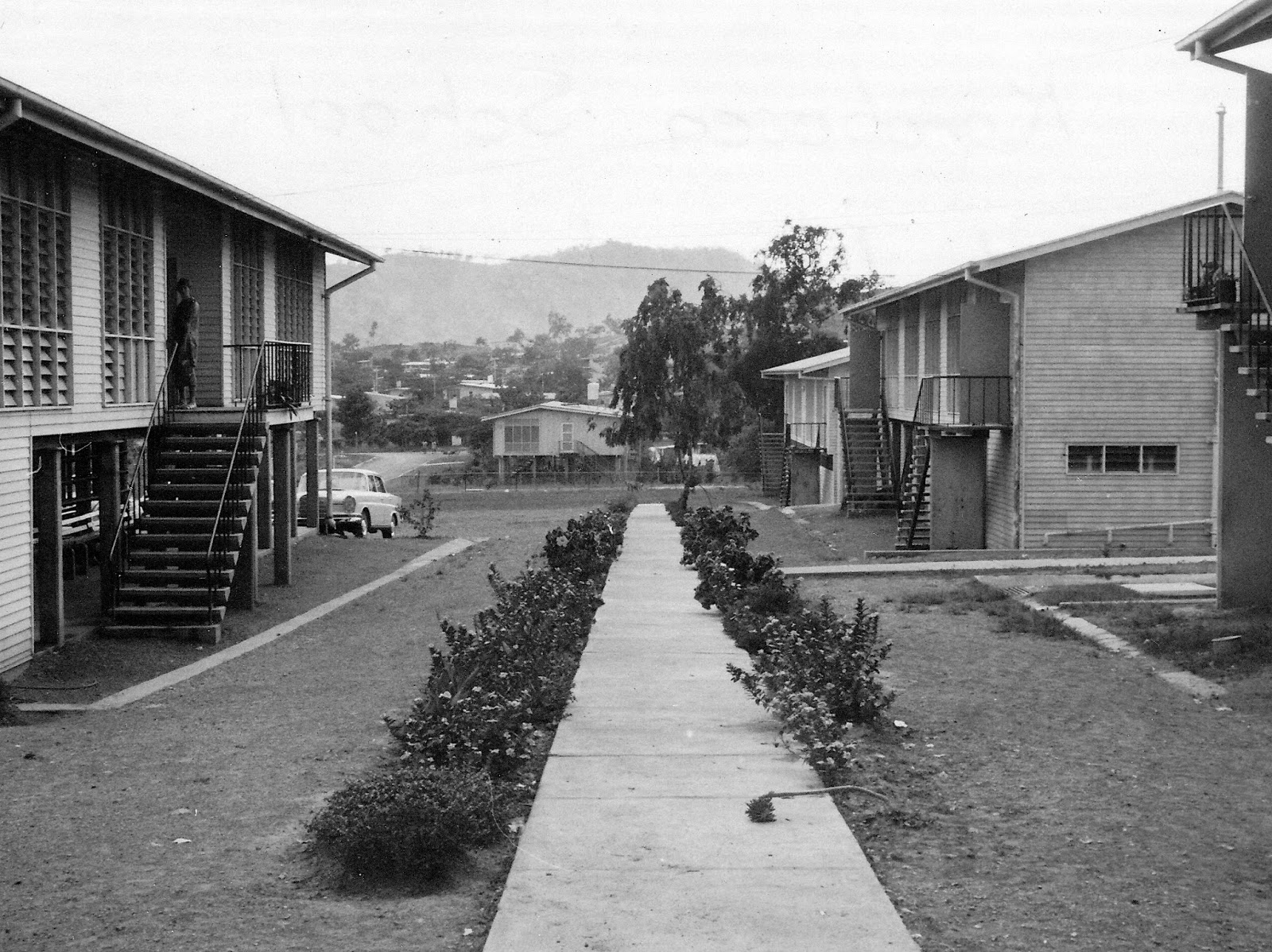 At least I loved my job at Korobosea School (above) and I did well at it. I had good reports from the District inspector. 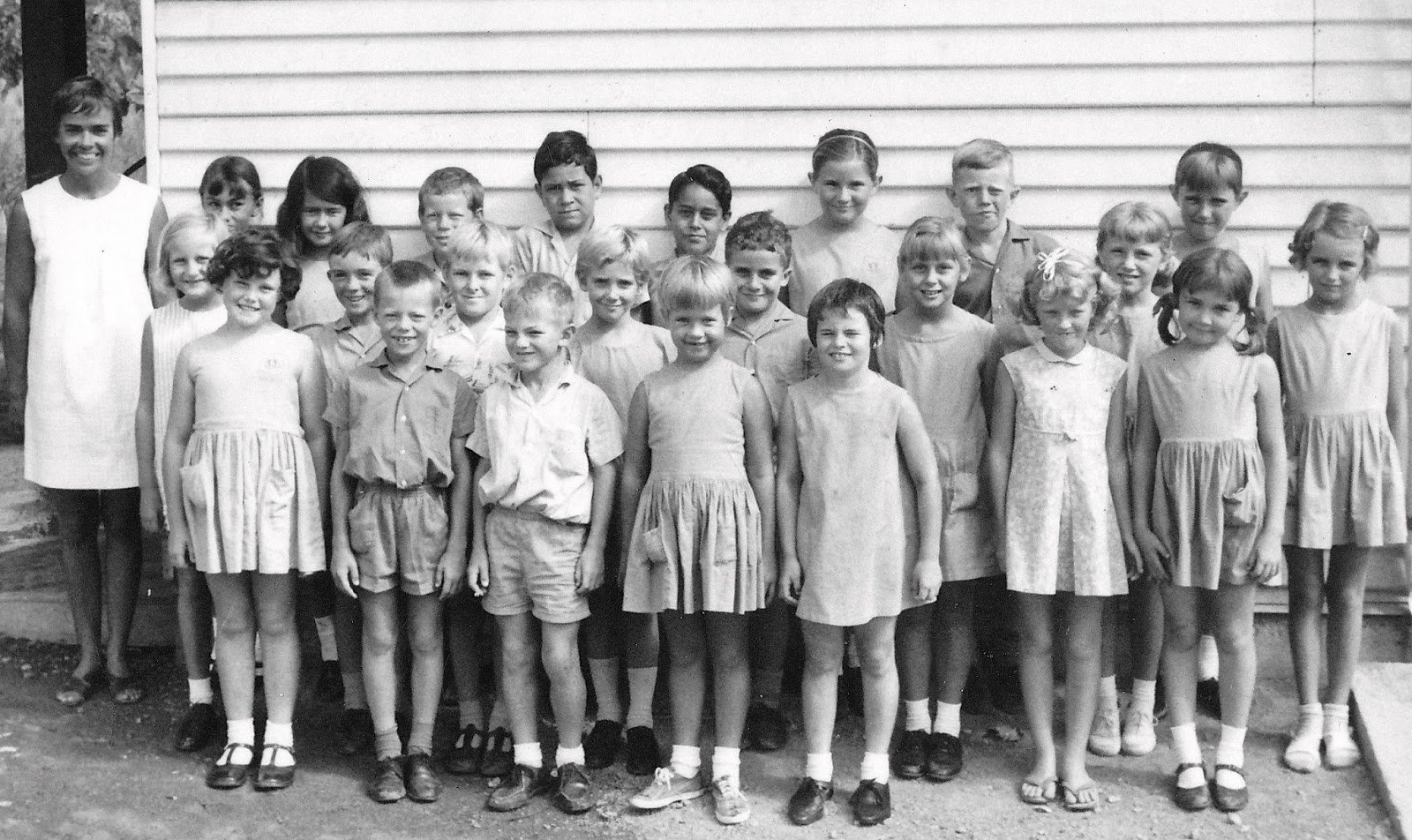 When the position of Senior Assistant, Education Officer Grade 11 became vacant at my school, I was promoted. So things were looking up. 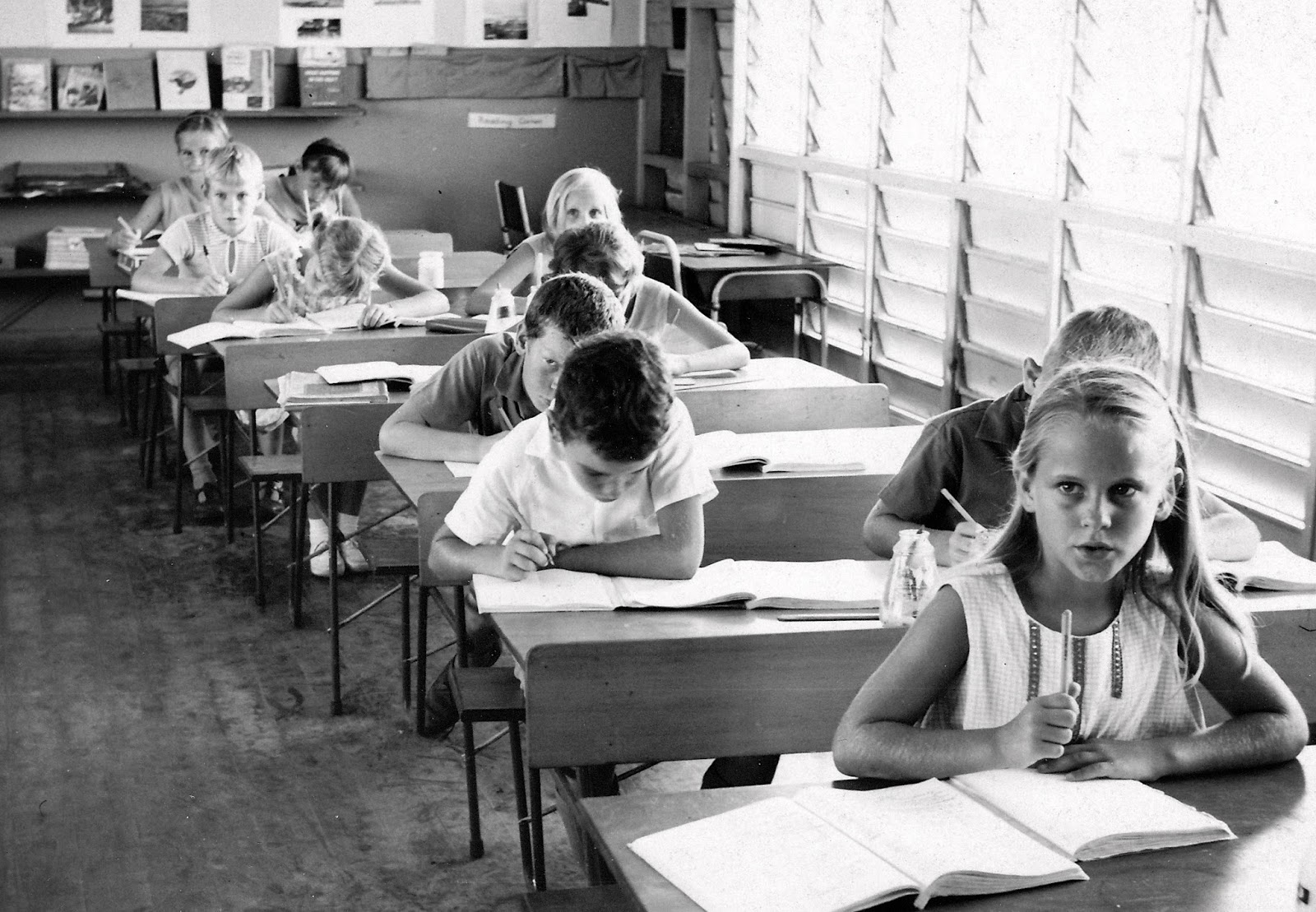 I was still teaching and teaching two classes together. That was a challenge but I soon got the hang of it. The kids were great to teach. 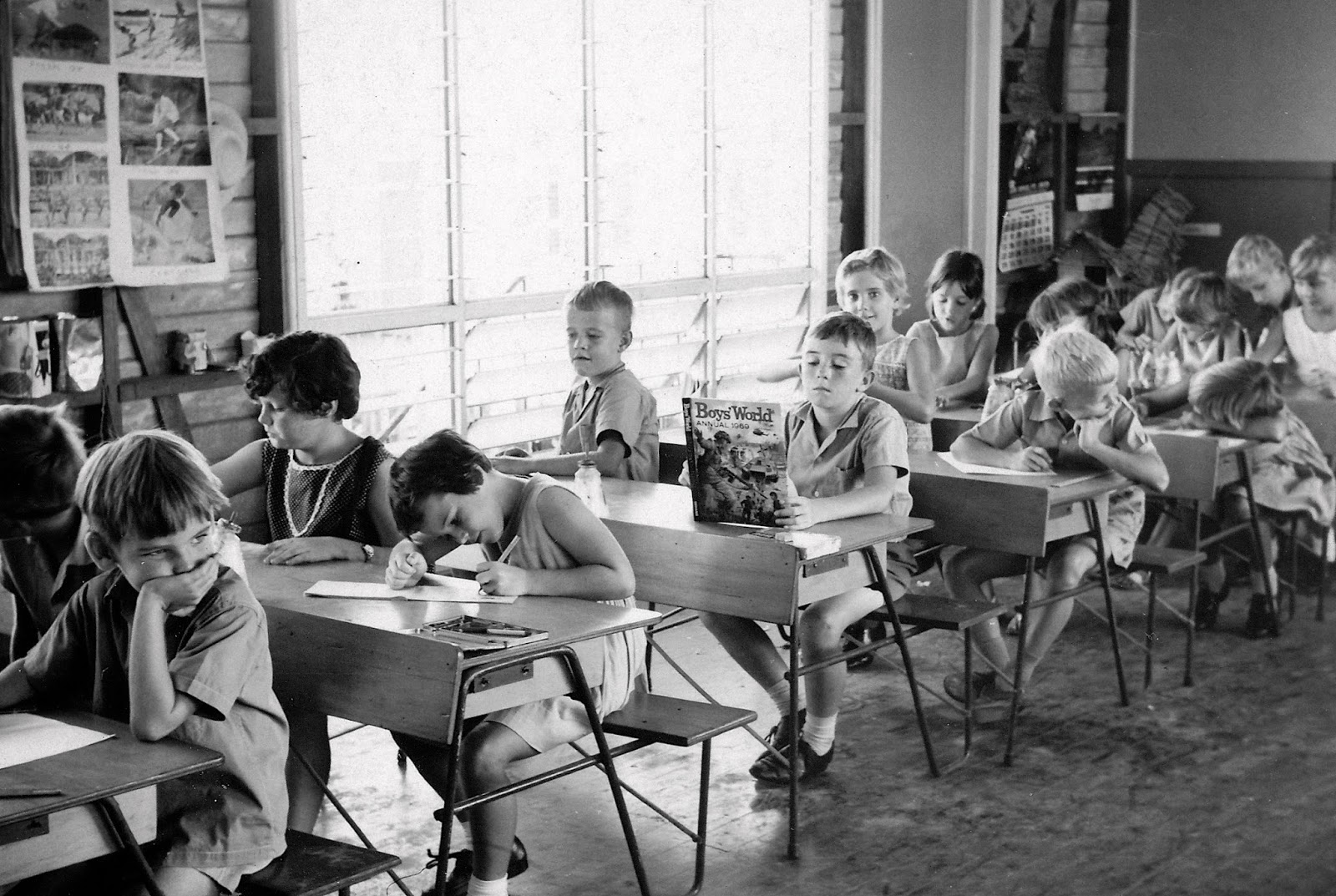 I met a girl who was happy to share her donga (2 man little house) with me in Boroko a suburb of Pt Moresby. So I had moved out of the hostel and enjoyed living in a house. We were able to employ hausbois to do house work for us at a very cheap rate. At first it felt odd to have servants but I soon got used to it. 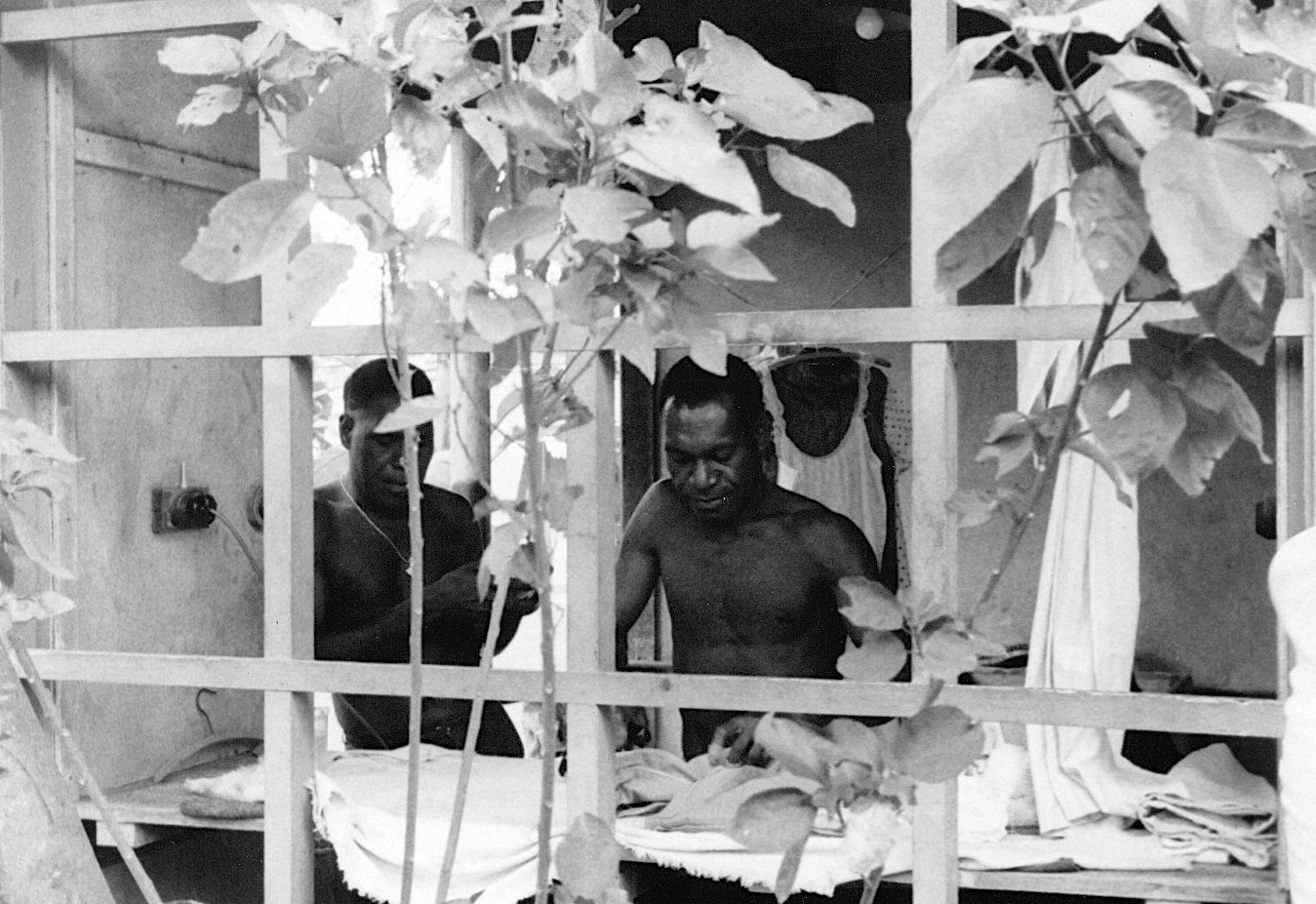 They did the ironing, 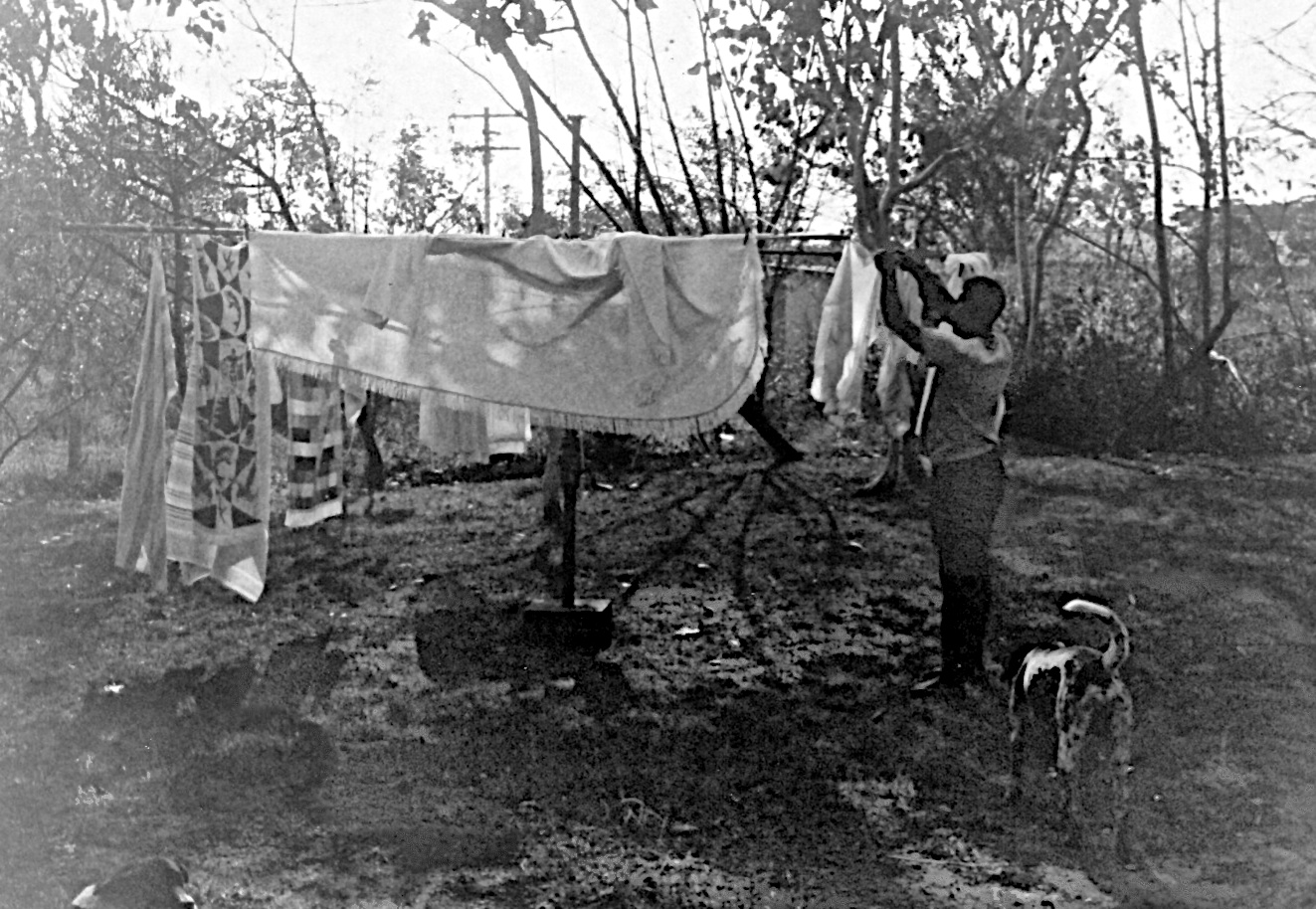 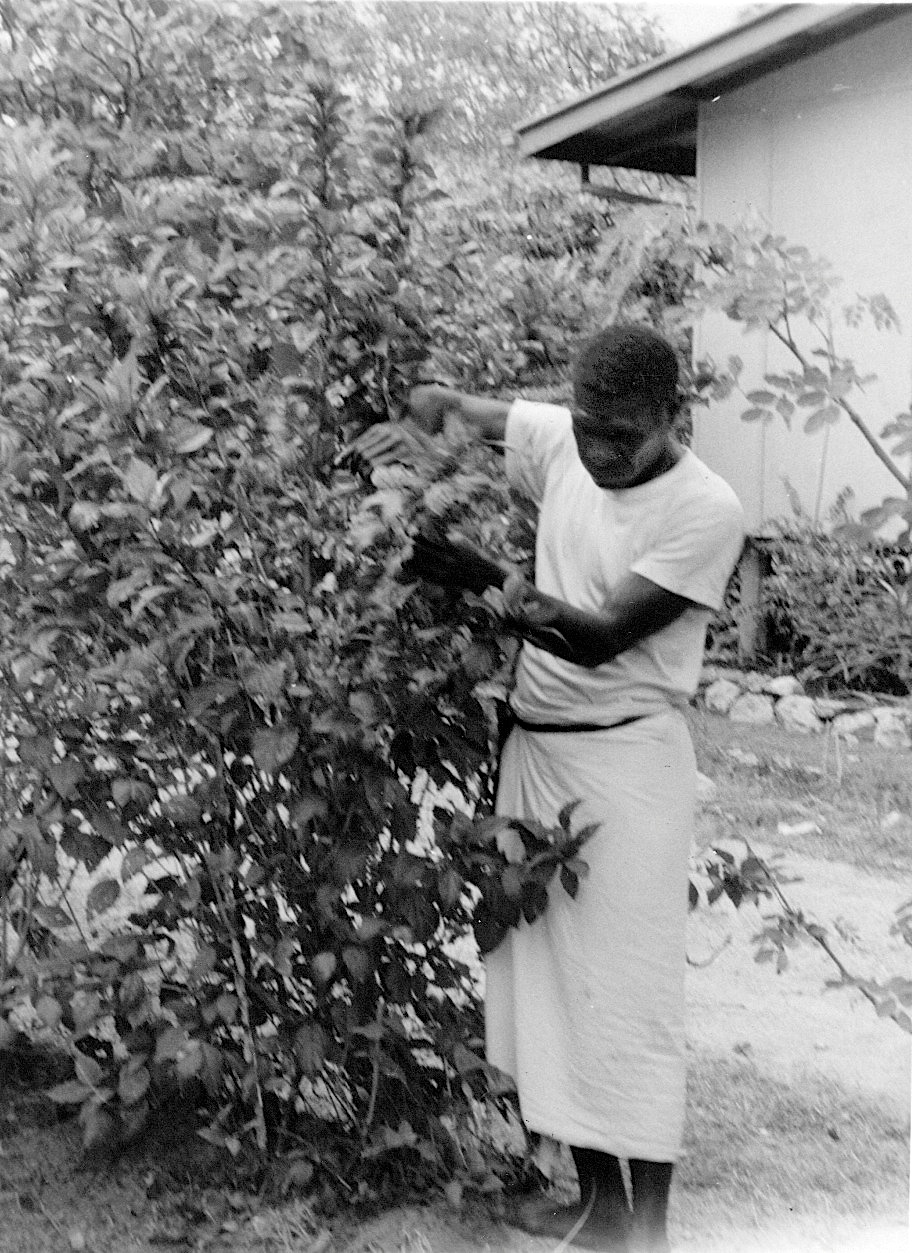 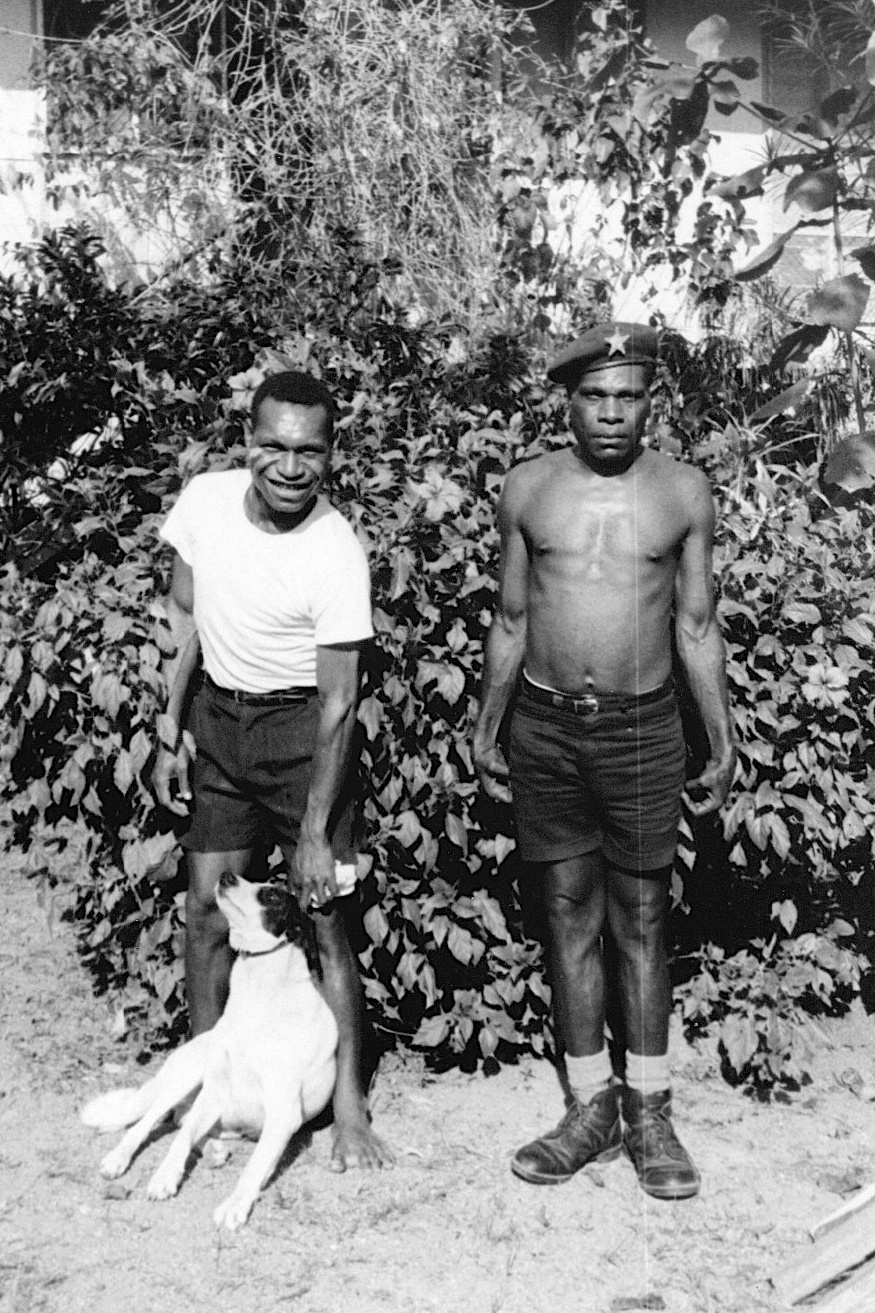 and gardening. They would do the cooking too but we preferred to do that ourselves. They enjoyed posing for the camera. 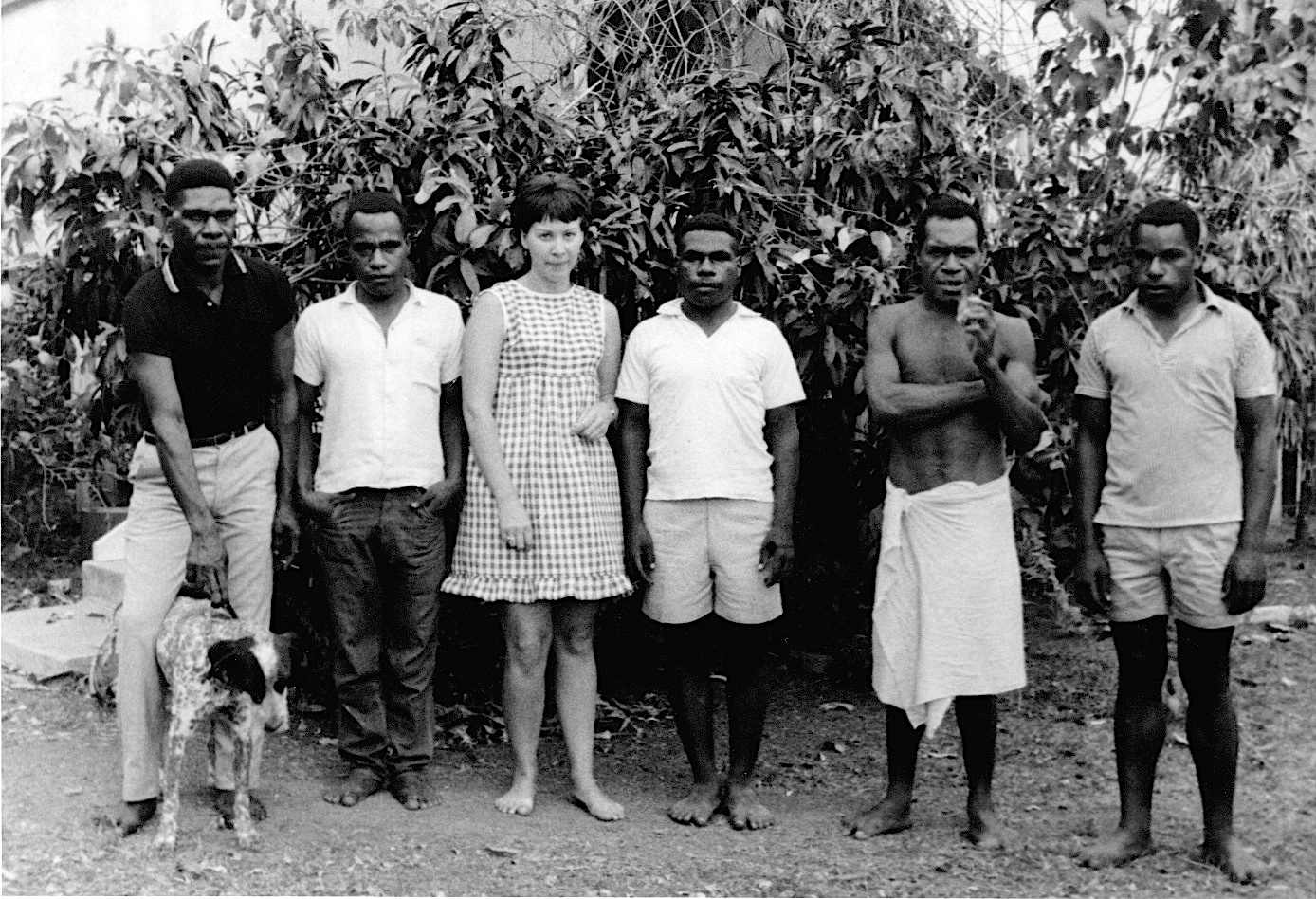 I had a letter from my best friend, Kerrie, in Australia saying that she was coming to P/NG to work. I was very excited to have her arrive. While she was waiting for her own accommodation to be sorted, she stayed with me and my donga mate. She was impressed with having hausbois to do the work. The bois often had lots of friends visiting them called wantoks (one talks-- one who speaks the same language -- but it means friends)
Kerrie encouraged me to go out with her to the RSL club for dancing, talking and drinks. I wasn't keen as I didn't drink at all in those days but I did like dancing. She had made many friends at her work and at the club and she kept trying to find me a new boyfriend.
One morning she arrived home after an all night ball with a rope over her shoulder and a fellow tied to the other end around his neck. She called out to me, 'Diane look what I brought home for you." Needless to say they were both a bit under the weather. He was in the Australian army and was very charming when he sobered up. We went out a few times but I was a bit reluctant to get involved again and get hurt again. One night he asked if he could borrow my car to drive back to the barracks as he didn't have a car and it would save him getting a taxi. He promised to bring it back the next morning. Silly me did lend him my Triumph Sports car.
The next day he didn't arrive until late and he was on foot. I had a feeling of panic sweep over me. "Where's my car?" I asked
"I'm sorry but I had an accident and its in the army garage. Don't worry the boys will fix it for nothing in their spare time." I was not impressed. Days passed, weeks passed, no car. The excuse was the boys are busy and haven't had time to fix it. The truth was  that he had been speeding-seeing how fast it would go--then hit a culvert and bent the chassis which was near impossible to fix. Then I also found out that had a wife in Australia too. At least I hadn't fallen for him so I wasn't hurt but very angry about my car. Months went by, the promises kept coming but still no car. I had to buy another scooter to get to work.

Next post I'll tell how I got my car back and finally found happiness.

Email ThisBlogThis!Share to TwitterShare to FacebookShare to Pinterest
Labels: Korobosea School 1968, My Story