I had been living in Port Moresby for a few months back in 1964 when I realised I desperately needed my own transport. The local buses were not very  reliable, clean or safe so I used to get lifts to work from colleagues. However, if I was to have a social life, I needed my own wheels. I didn't have enough money to buy a car as I had only been working a few months. However, I saw an ad for Honda motor scooters and fell in love with them staraight away. After, writing to my parents and discussing it with them via snail mail, I bought one and had a ton of fun with it. At last I was independent. 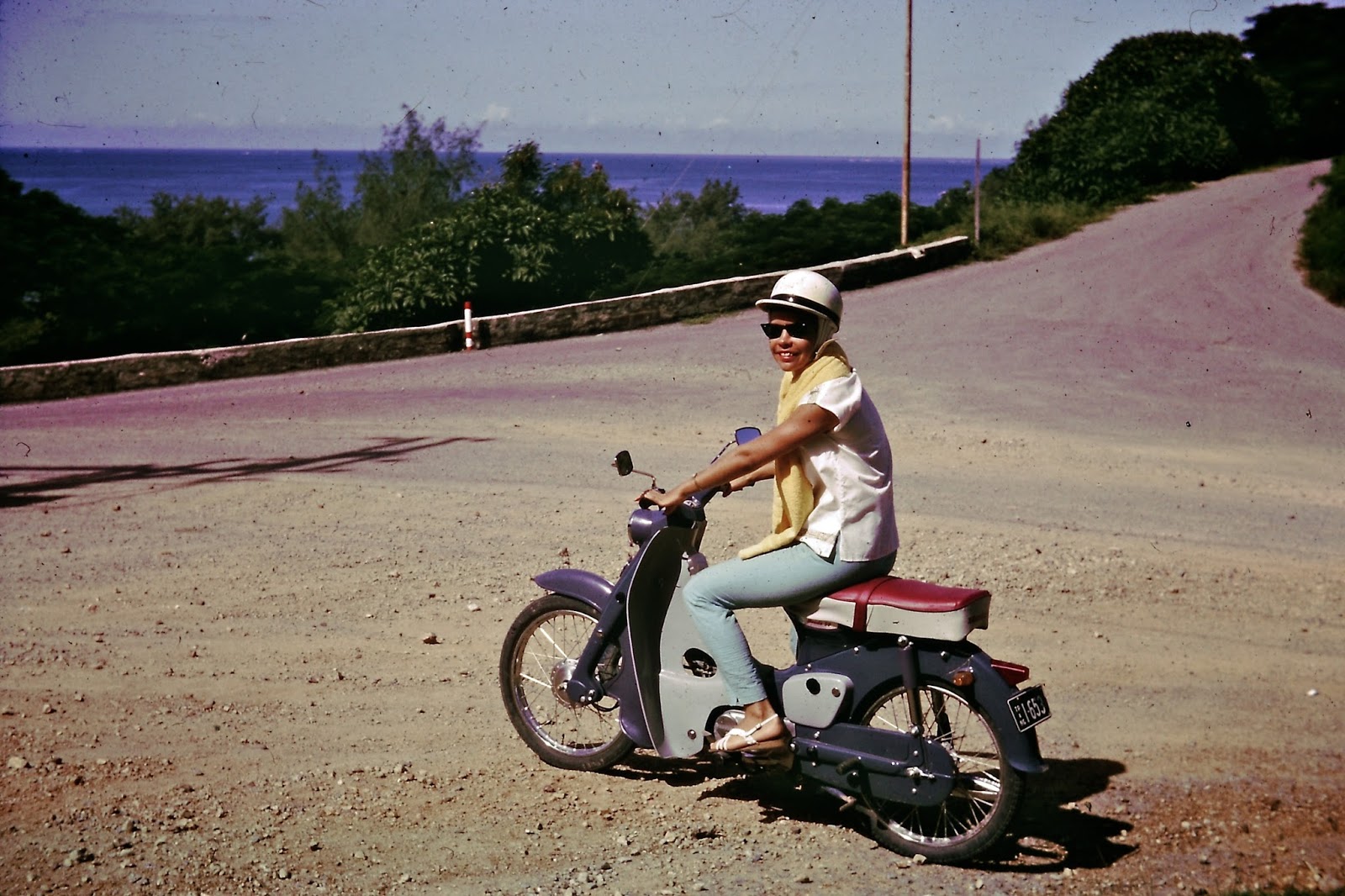 With my togs on and a towel round my neck, I would drive down Touaguba Hill to Ela Beach for a swim. Later I bought saddle bags to take my stuff to school and for carrying the shopping home. There were a few drawbacks. When it rained I wore rain gear but tropical rain is heavy and it managed to get inside the rain wear. It was also hot and sticky wearing plastic. Another nasty was driving under Poinciana Trees when grubs would dangle on silky strings down to my level. It was like driving through a curtain of webs with wrigglies attached. But the worst of all was driving behind an "olie" truck, that was a truck carrying a load of native passengers. "All or altogether" in Pidgin English is "olgeta" shortened to "ole" or "olie" or "oley". Anyway often passengers in the open "ole" trucks would spit big globs of red betel juice over the side of the truck which would come sailing through the air at me. I learnt to leave plenty of room between me and an an "olie" truck. Betel nuts were chewed together with lime and the juice was a stimulant drug but the remains were spat out anywhere. The streets were decorated with red splashes and so was I if I got too close to an "olie" truck. 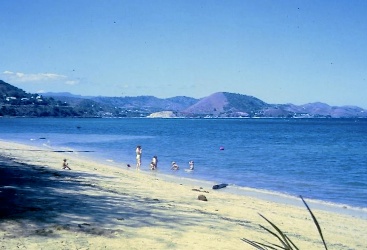 Photo from Vanessa Simmons' collection
Swimming in the tropical sea at Ela Beach was lovely. Occasionally we would see pretty striped sea snakes which spooked me as they are poisonous. I wanted to make new friends in my new country, so being sports mad, I joined a variety of sporting clubs and started making lots of friends. Archery was my first choice. 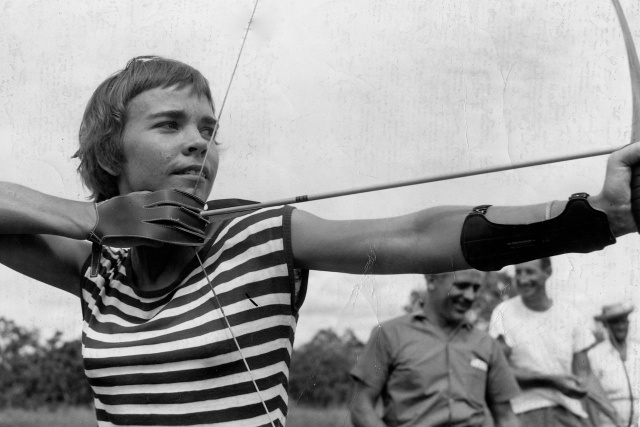 This photo was in the newspaper with an article about the club. 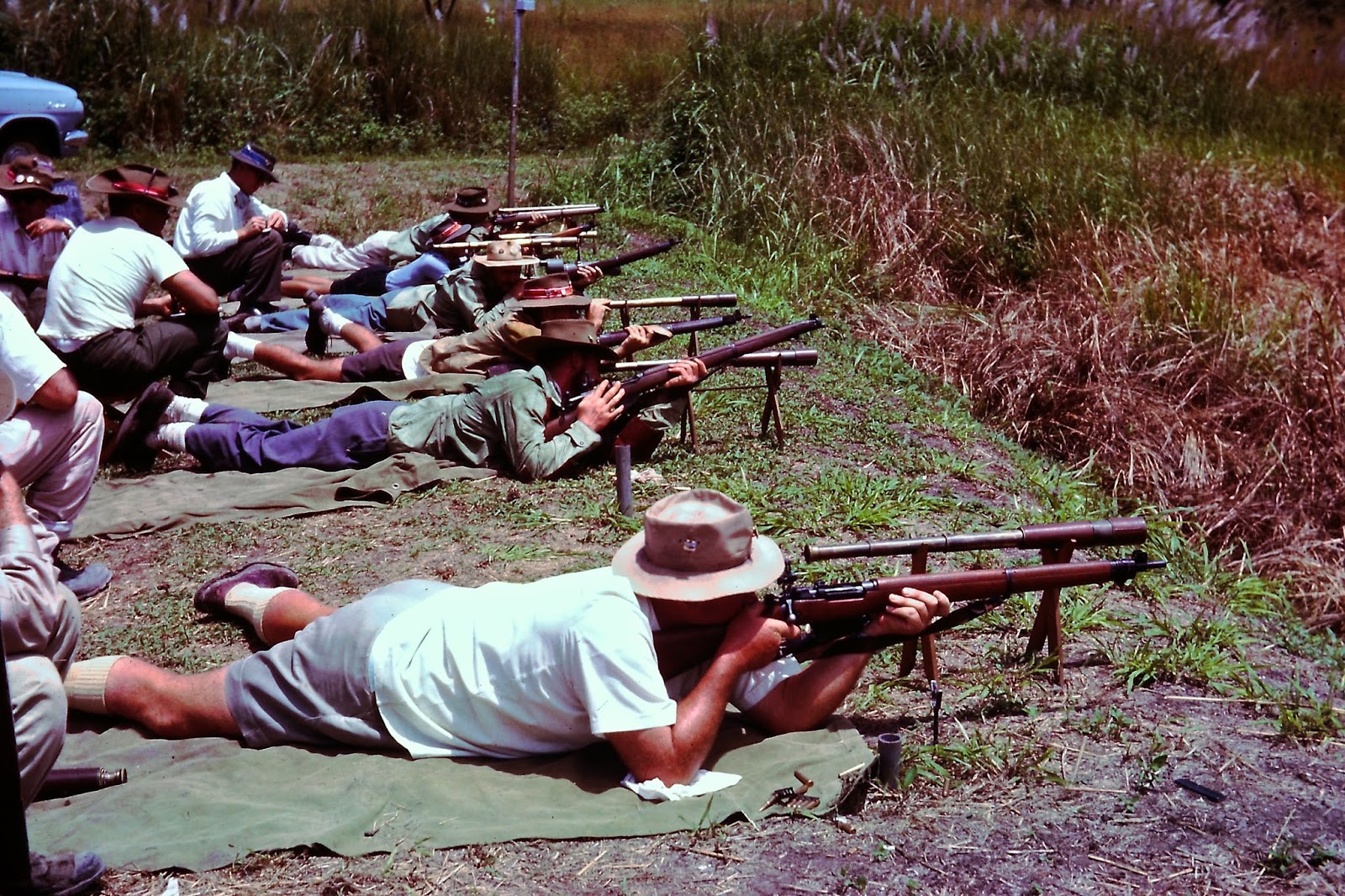 I also joined the 303 rifle club. I entered competitions for women and did quite well for our club. I didn't stay long as it was too hot lying in the sun and often wet with millions of mosquitoes buzzing in my ears and eyes. It made it a bit hard to concentrate and hold the rifle steady. We were advised to take malaria tablets before we arrived in the Territory of Papua/New Guinea and to keep on taking them every day for as long as we lived there. I did take them religiously and I was lucky never to suffer from malaria.

I also joined the Judo Club of Pt Moresby and this is where I met some really nice people. We still have get togethers once a year. I felt this was a really handy sport in that it was learning self defence too. Women had to learn to throw heavier men to the ground. 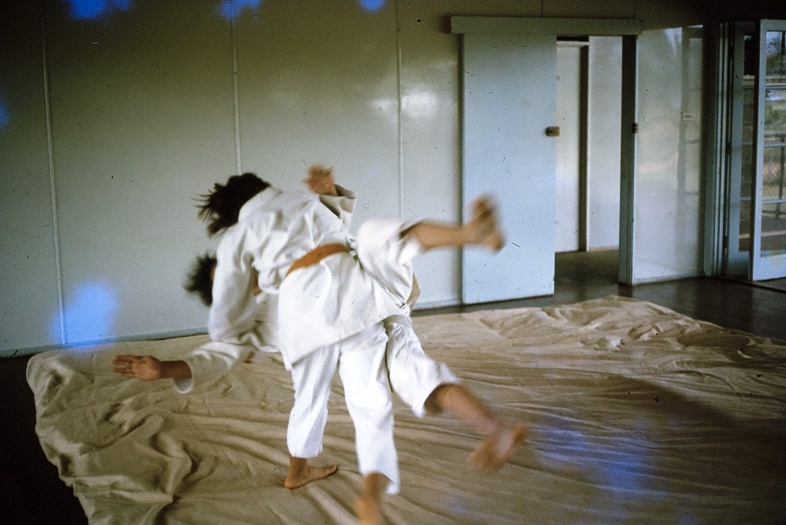 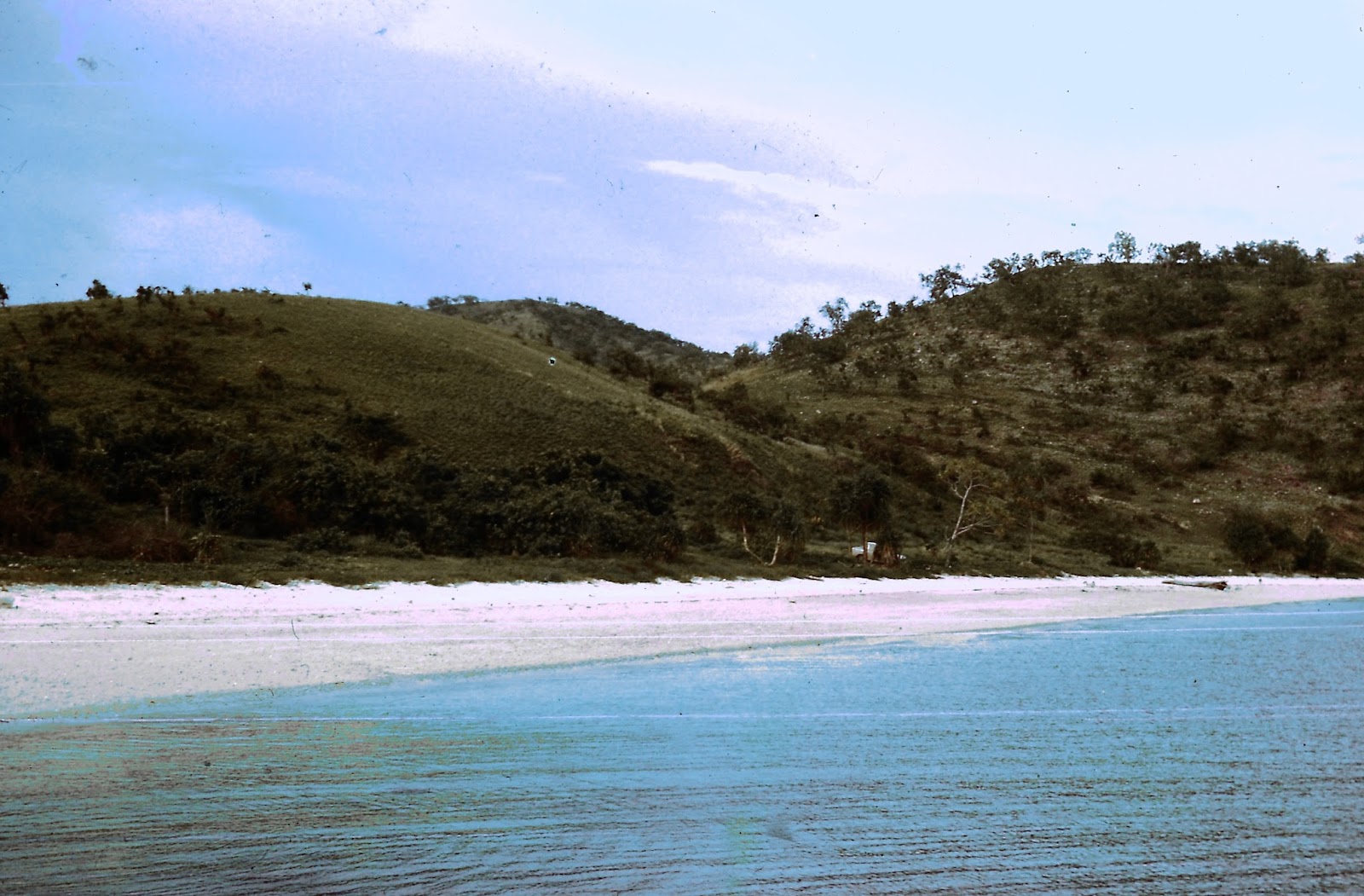 Idlers Bay
With my new friends, I travelled to different beaches along the coast. The roads were rough dirt tracks. 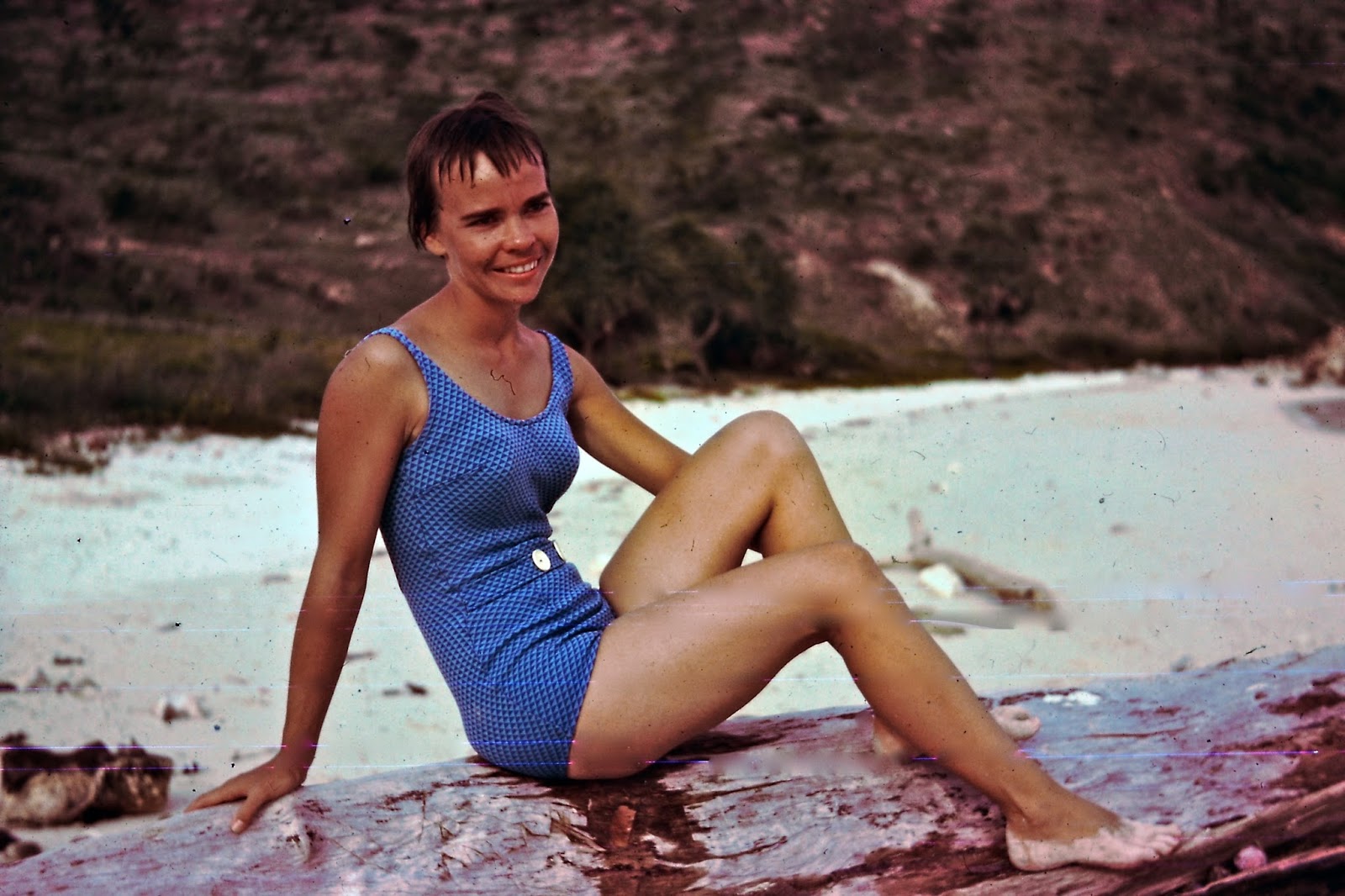 Having fun in the sun. One soon had a dark suntan in the days before we knew about sun bathing and skin cancer. 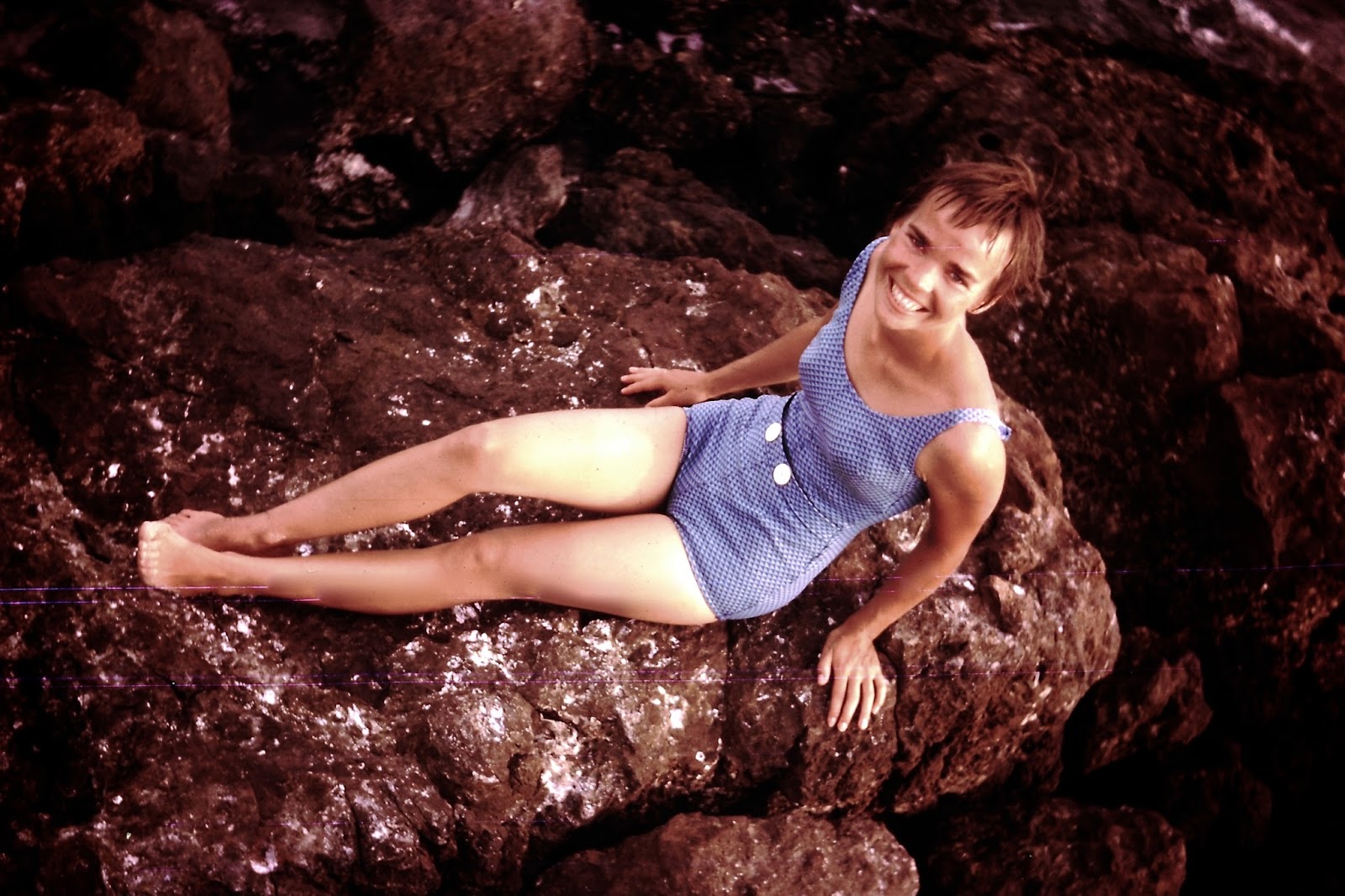 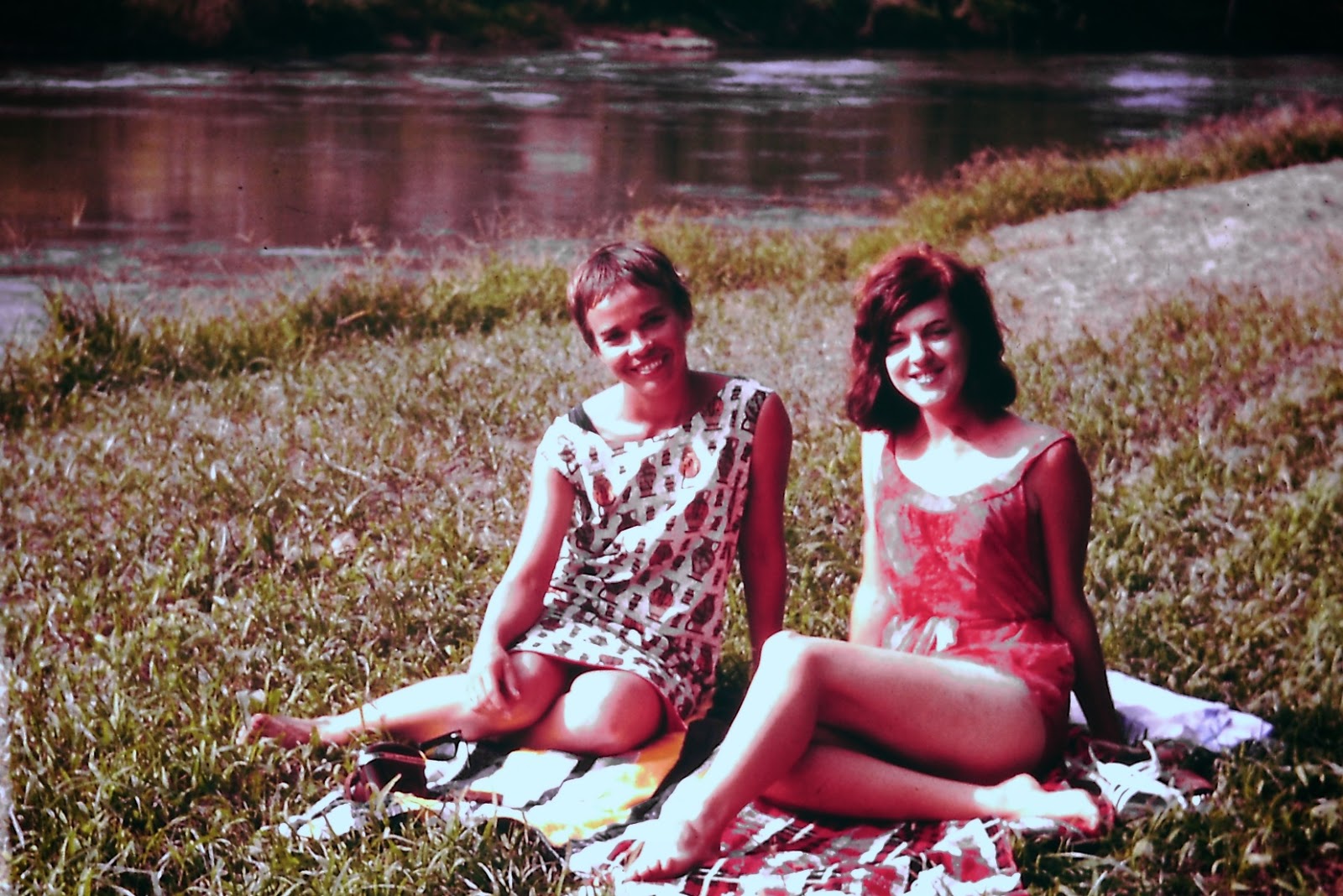 During the easter holidays one of my friends, Helene, from ASOPA college came to Pt Moresby for a break from her small village where she had been posted. We went for a picnic at Brown River.

With wheels, friends and a job that I enjoyed I was having a great adventure.
Posted by diane b

Email ThisBlogThis!Share to TwitterShare to FacebookShare to Pinterest
Labels: My Story, Pt Moresby 1964