As I have mentioned before, I was working in PNG in the 60's when it was a territory of Australia. On Sundays my friends and I would go for a scooter excursion usually including a picnic and a swim. It is always hot and humid in Pt Moresby as PNG is a tropical country. It was cooler in the mountains and we often drove into the foothills of the Owen Stanley Mountains which snake through the middle of the island longways making like the backbone of a huge animal. 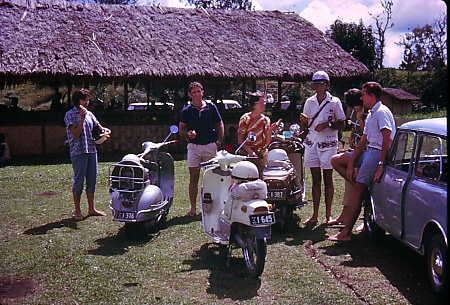 Once again we took the road up to the village of Sogeri and stopped at the market for some fresh fruit. 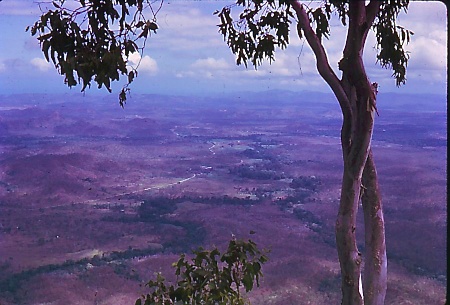 We climbed further up the mountain and turned back towards Pt Moresby on a rough road which followed the ridge. It was called Hombrom's Bluff. Looking towards Moresby in the distance we could see the road we had come along. It was a breathtaking view. 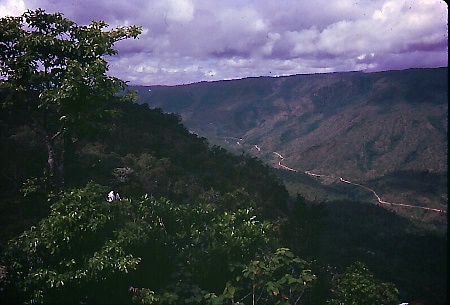 I turned to look in the opposite direction where we could see the road going up to Sogeri where we had just been. The mountains were covered in dense jungle. I often thought of how hard it must have been for our soldiers fighting the Japanese along the Kokoda Track during WW11. It must have been awful. 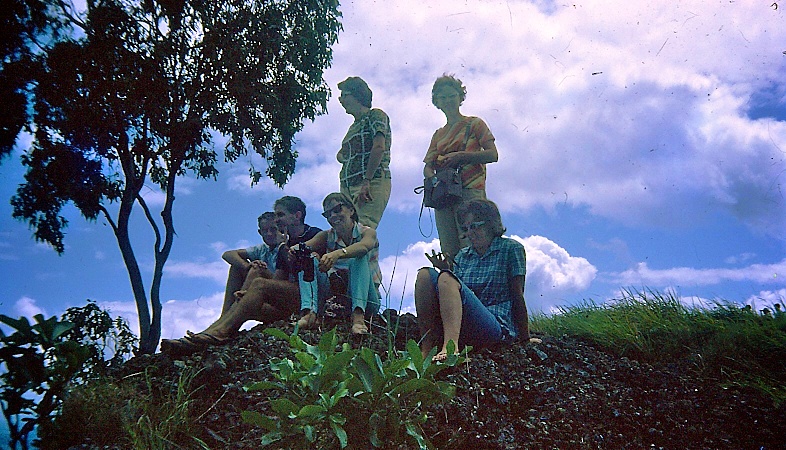 photo-Charles
Sitting on the ridge overlooking the world below us. From L to R Bob, Graham, me, Pam behind me then there is Elwyn and Del.  Del lives not far from me now and she enjoys reading these stories of our time n PNG. 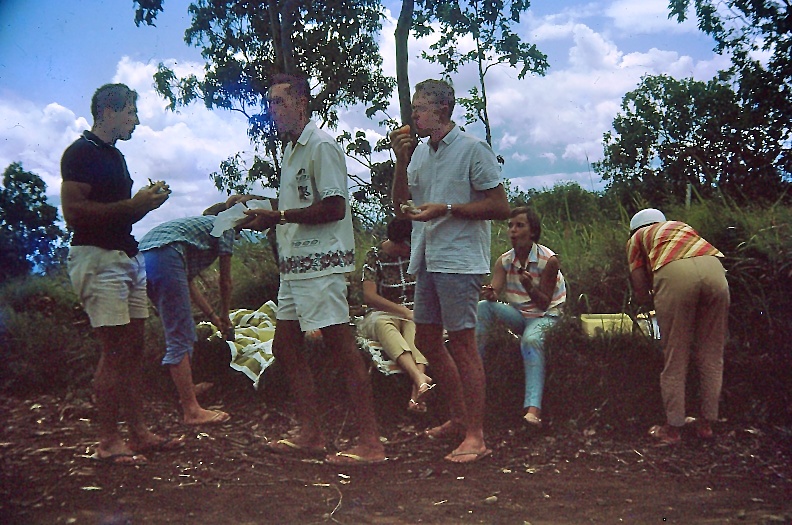 L to R Graham, Del, Charles, Pam, Bob, me, Elwyn.
Everyone helped with the lunch but the boys usually made a BBQ. I have the blue pants and striped shirt. 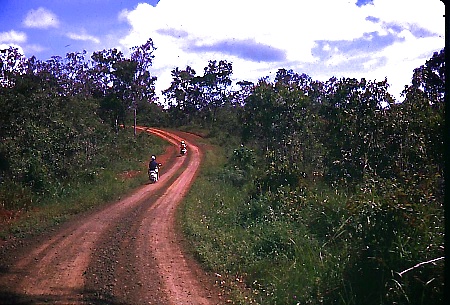 Soon it was time to descend to the floor of the valley. 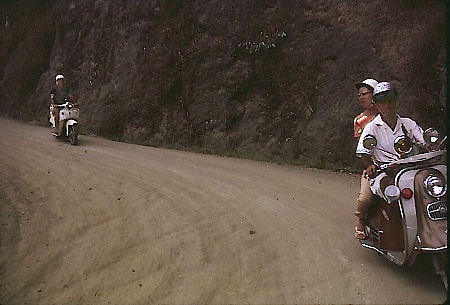 My scooter must have been out of action as I was the pillion passenger and turned around to take this shot of Charles, Elwyn and Graham. 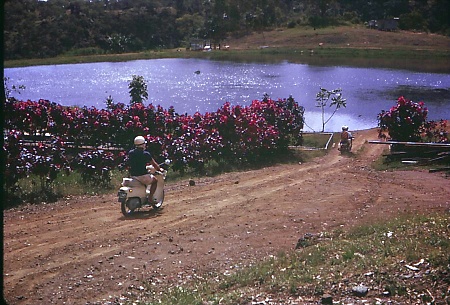 We stopped at the reservoir. 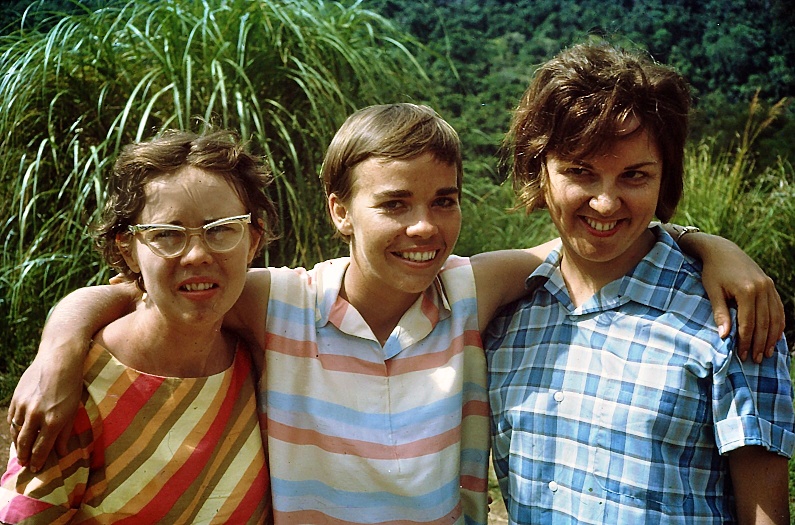 photo - Charles
My new found friends, Elwyn (left) and Del (right).  I lost contact with them after a few years and never heard of them again until in 2008 when I was found on the internet. Since then we have had yearly reunions but we haven't found everyone yet. Elwyn, Pam and Bob haven't been found.
Posted by diane b