During the Brisbane Festival, we visited the light show held on Brisbane River at South Bank. There was a barge floating on the water. It had towers at each end of the barge . Between the towers there was a waterfall and light was projected onto it. Sometimes there were fountain spays of water with light reflecting on it. There were other light features as well, Beams from many of the city buildings and installations on the forecourt of the performance centre. 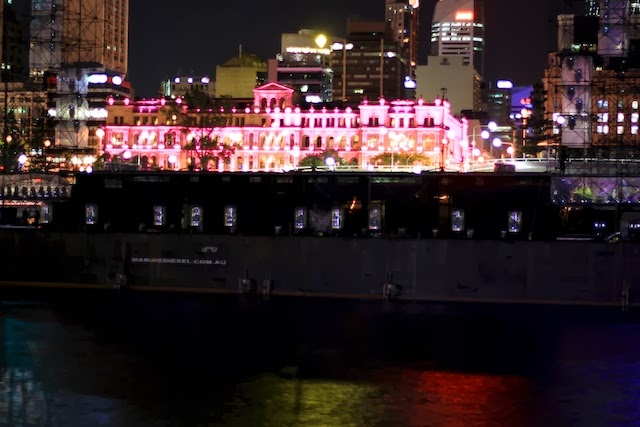 We had to try and find a spot for our tripods among all the people lined up on the bank of the river. We managed to squeeze in right opposite the barge. Behind the barge is the Casino all bright and pink. 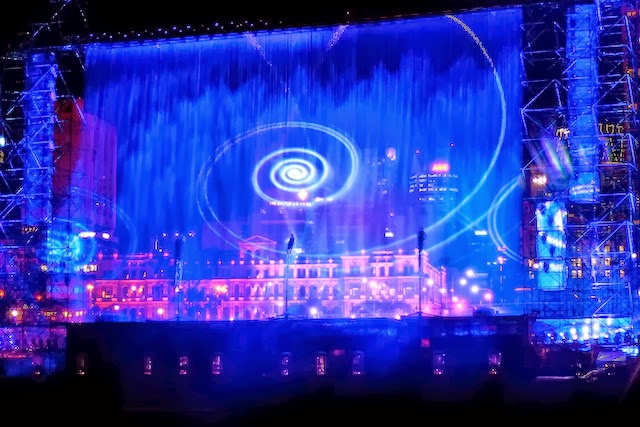 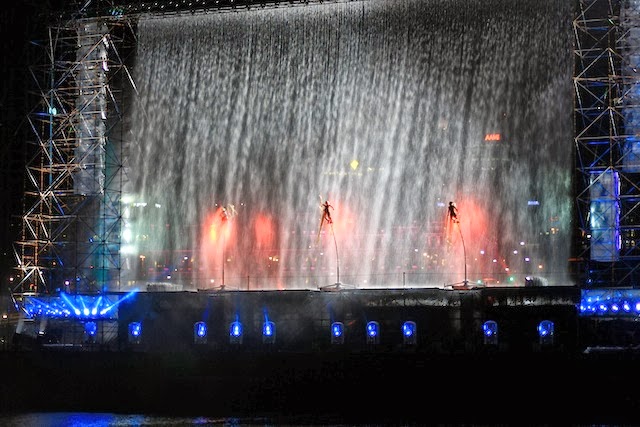 Three people danced in the water atop of bending poles. 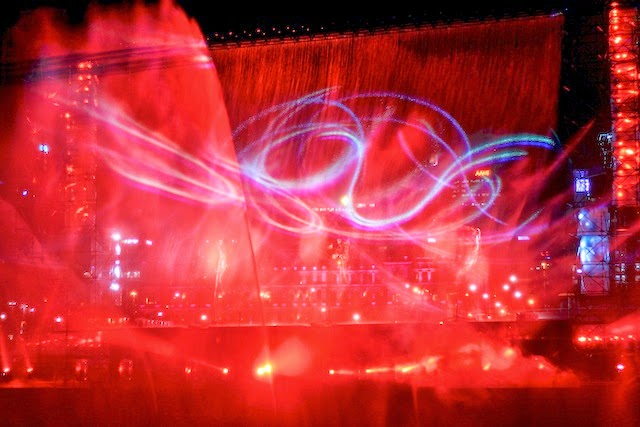 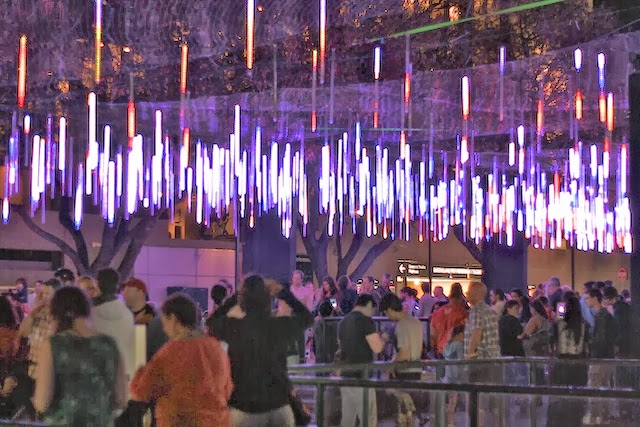 We walked around South Bank with many of other sight seers. Hundreds of lights were seemingly hanging from the sky. 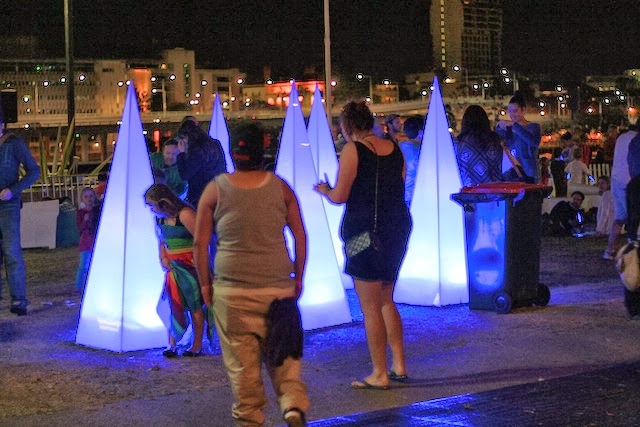 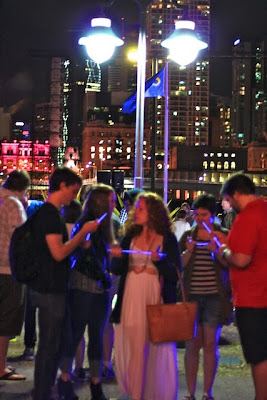 There were many people out enjoying the festival.