Going through my mum's old photos I found these motorbike photos. 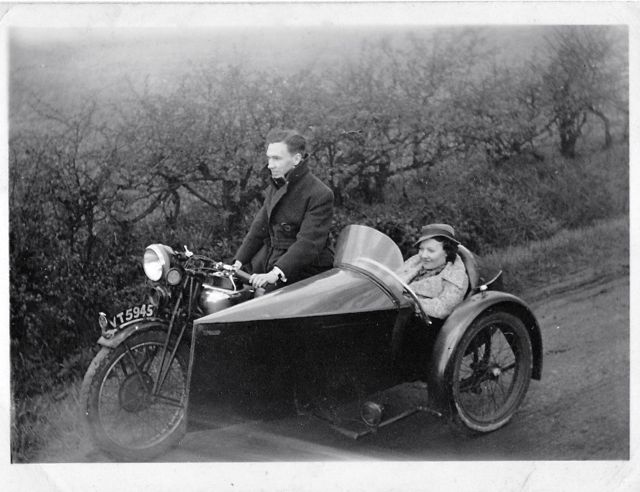 My mum and her cousin off on a jaunt in a contraption in the early 1930's. 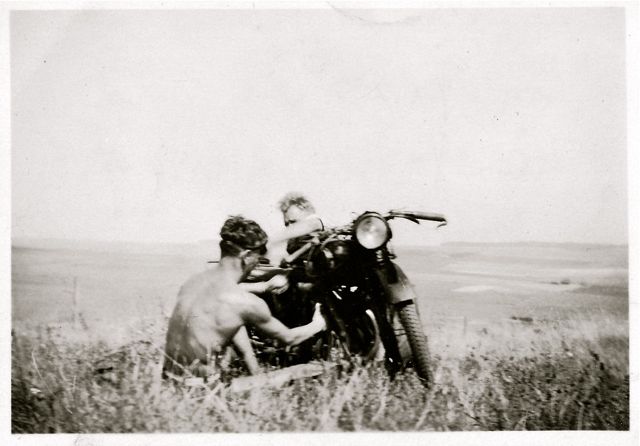 My dad tinkering with his motorbike with his father's help in the early 1930's. 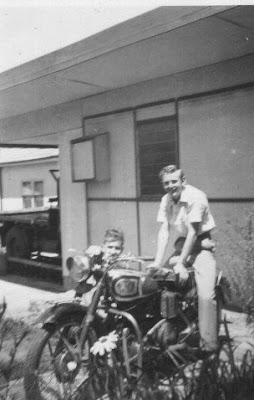 A generation later my brother is tinkering with a motorbike in the early 1950's. My brother, David, is behind the bike, his  friend Mervyn is on the bike. 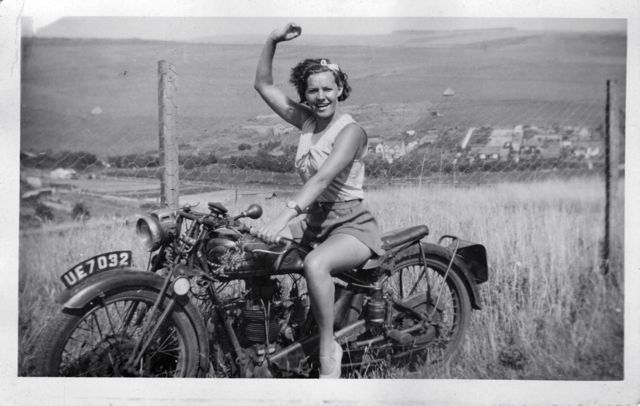 My mum is having fun on a bike in the early 1930's. She is obviously posing for the photographer and I know she never could drive a car or a bike. (Thinking of you today mum. She passed away on 10 Aug, 99) 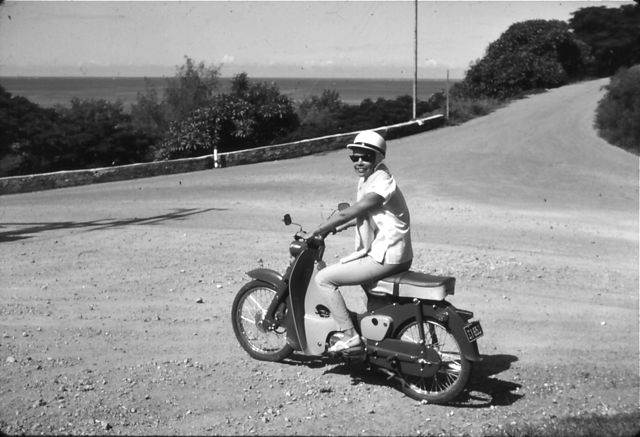 A generation later in the early 1960's, I owned a motor scooter, in Papua/ New Guinea. I was on my way to the beach with a towel around my neck.