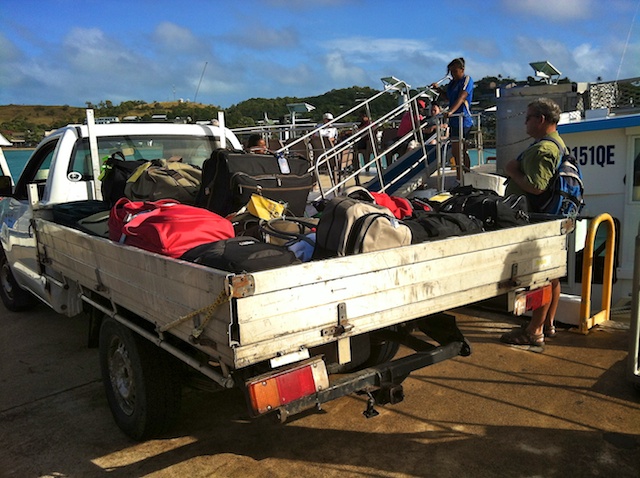 Our bags were transported from the hotel on Thursday Island to the small ferry which would take us to Horn Island and the airport. We walked from the hotel as it wasn't far. I was interested to see the children arriving for High School by ferry and all sized boats. 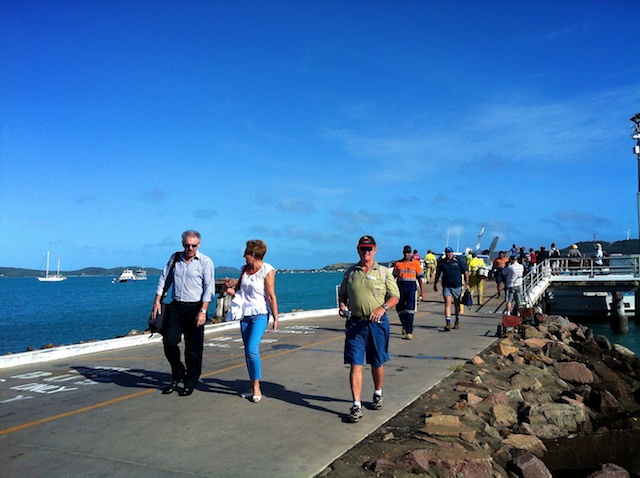 It didn't take long to get to Horn Island which is bigger than Thursday Is and that is why the airport is there. 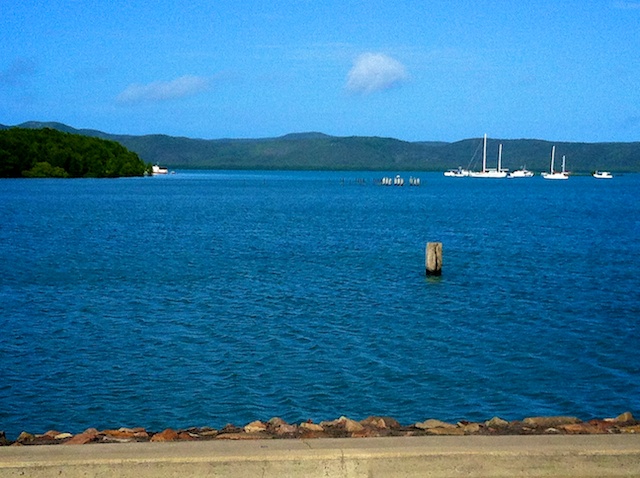 The Torres Strait Island People spend a lot of time on boats either fishing or travelling. 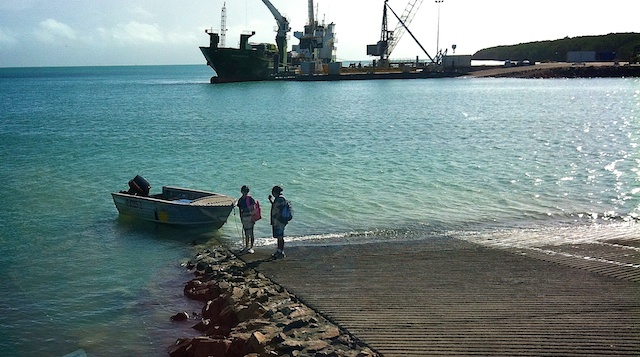 Children on their way to school by boat. They are waiting for Dad to take them.

We were met at the wharf by Vanessa the tour rep who drove us to the airport and went to check us in. Some minutes passed when Vanessa returned from the counter and told us that we have all been offloaded as the size of the plane had been changed and it was too small for everyone. The next plane was due at 3:30pm it was 9:00 am when we were told the news.

Luckily the tour rep was a lady with many hats. She was part owner of the Gateway Resort, she was the founder and curator of the war museum, an author and a local tour guide. She organised for the airline to pay her for  catering for us all day, she had obviously done this before. She took us to her resort and gave us lunch. Then she took us on a historical tour of the island.

It turns out that Vanessa has written books and been in documentaries about the research she has done into the war years on Horn Island. Not many people are aware of the plight of the Island during the war, including us. After Darwin, Horn Is was the most bombed part of Australia. The Japanese had control of New Guinea and Horn Island airstrip was in a good position for a base from where they could attack the east coast of Australia.


The few men that were there did not have anti aircraft firepower they only had zig zag slit trenches to take shelter against bombing and strafing.
Luckily for them an American unit on their way to Darwin were able to chase off the 12 zeros and 8 bombers. However, The Japanese returned on six more bombing raids but by this time ground troops including Torres Strait Islanders, Australians and Americans had increased to 5000.

They flew on bombing raids to New Guinea.

The men not only had to fight the enemy but tropical illnesses as well. These men were never recognised for the effort and successes that they had. Vanessa and her husband and his family have made it their mission to rectify this state of affairs. Vanessa has made submissions to the Govt. She also organised a reunion of the American unit that was based here. The veterans were flown from USA back to Horn Island. 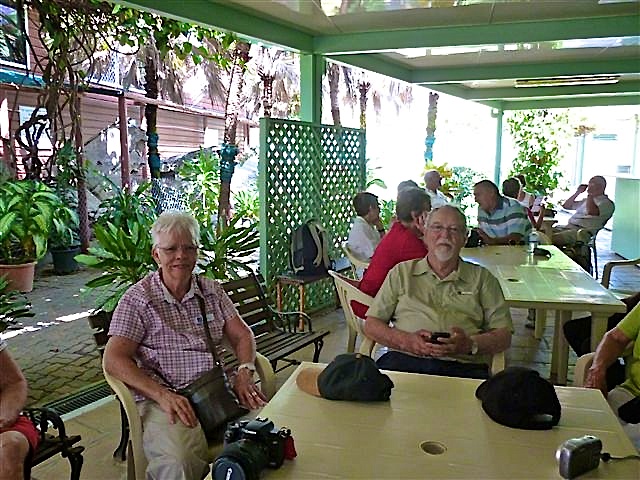 After the tour we returned to Vanessa's place, explored her museum and watched the documentary on the reunion she organised for the service men who were stationed here. Then we waited for her to take us back to the airport. So we had an extra day's tour than we expected. 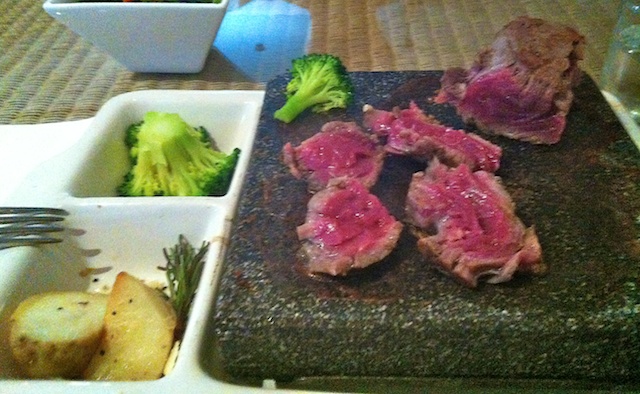 That night we had a delicious meal at the Hotel in Cairns. Lovely tender steak cooked by yourself on a volcanic hot rock.
Posted by diane b