We left Moreton Station after breakfast and headed north again and getting closer and closer to the tip of Australia. However, we had a few interesting stops on the way. My camera was not exposing properly so I resorted to my phone on this day. 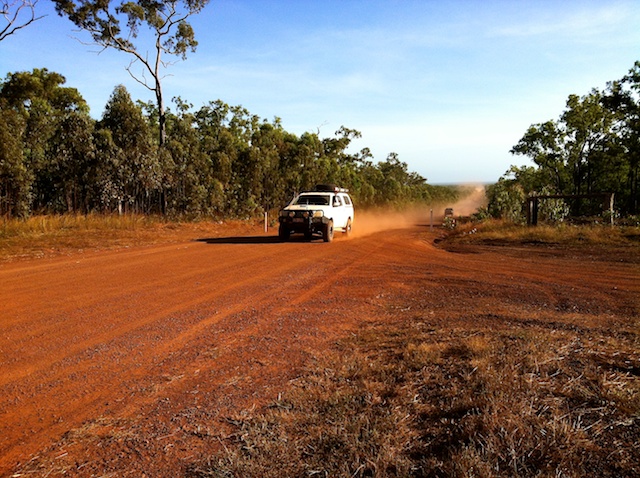 After driving for a few hours the driver stopped for a break and for us to stretch our legs. The road in this section was in quite good shape. We rarely saw other vehicles so it was quite exciting to see two at once with their red dust cloud following.

Not long afterwards we pulled into Bramwell Junction Roadhouse for morning tea. All the way along this road trip we had seen termite mounds (ant's nests). The further north we went, the bigger the mounds. 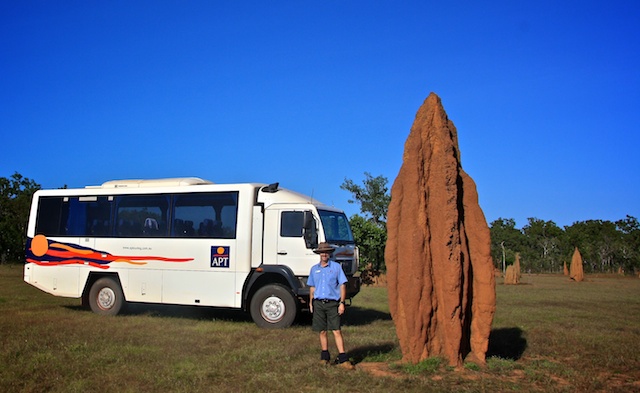 To give you an idea of the size. This one is taller than our bus. 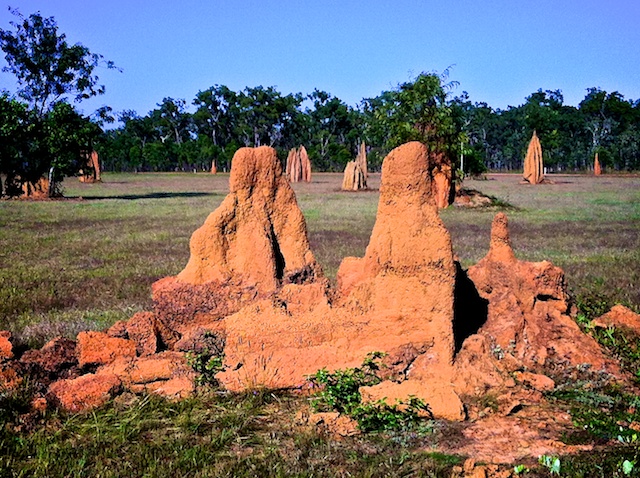 They are very hard and strong. Some idiots think its fun to try and knock them down by ramming them with their 4 wheel drives. Often the car gets badly damaged as its like hitting concrete. This one was destroyed some weeks ago but the termites are already rebuilding it at a fast rate. 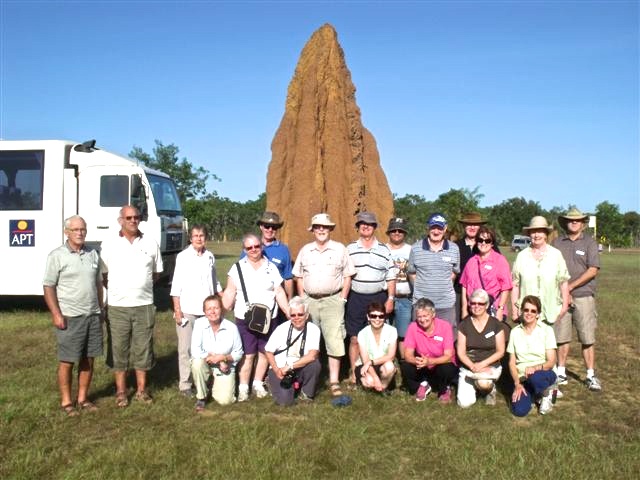 Our tour group. We became like one big family. Everyone was friendly. We were all Australians except for two couples from New Zealand. 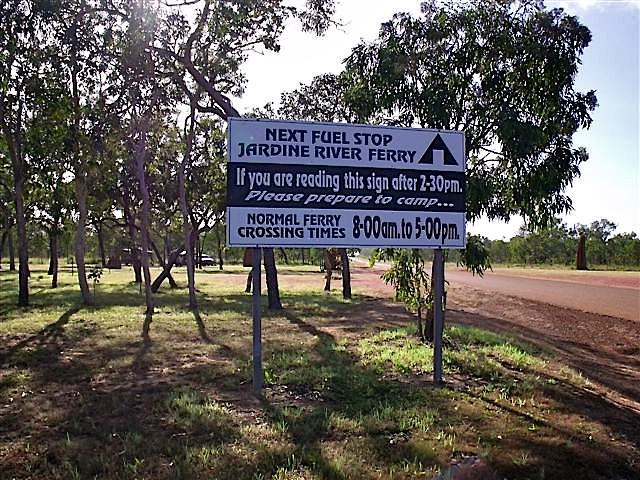 Our destination was the small town of Bamaga for the next two nights but to get there we must cross the Jardine River by ferry. We were safe as we left here before lunch.

The driver announced that we would have a picnic lunch (which he had packed in the bus) at Fruit Bat Falls. He had told us the night before to wear our swimming togs as we could swim here. "What about the crocodiles?" we all exclaimed. The creek and swimming hole is fed by underground springs and there is no access for estuarine crocodiles. 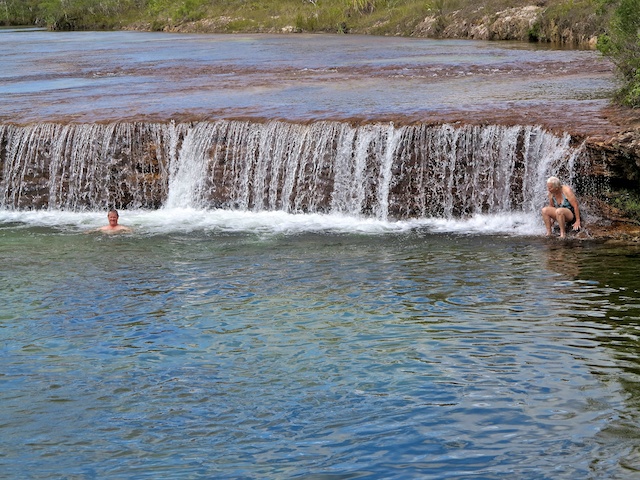 So George and I braved the cold water and enjoyed a swim and a play under the waterfall. It was nice to cool off from the hot, humid weather. We got changed in the bus and sat in the shade for our lunch. 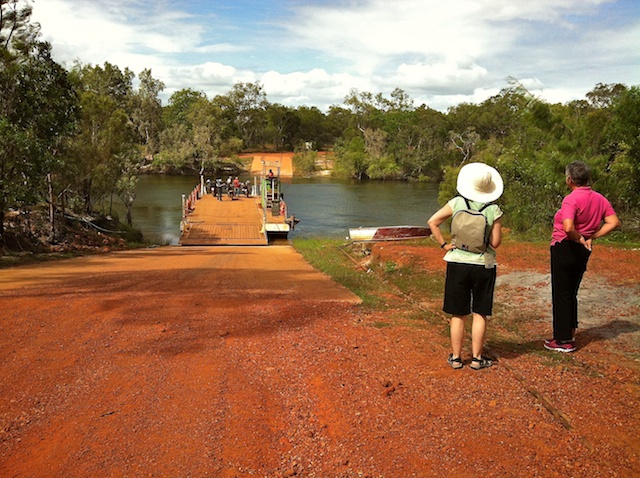 After lunch we pushed on to catch the ferry before 5:00pm. The road had deteriorated and it was very corrugated and bumpy. However, we got to the ferry in time. This area is all managed by the aboriginal people and they run the ferry. 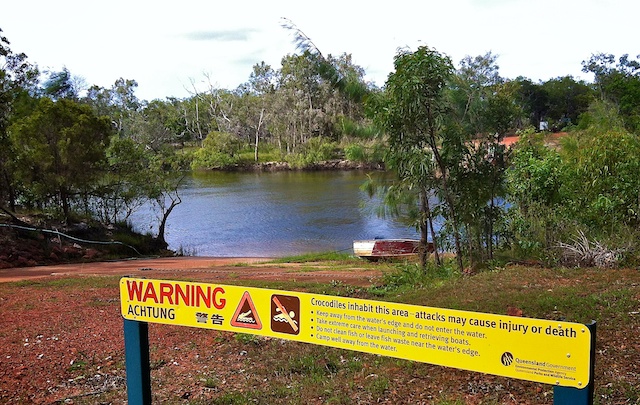 These warning of crocodile signs were often seen near rivers and beaches. 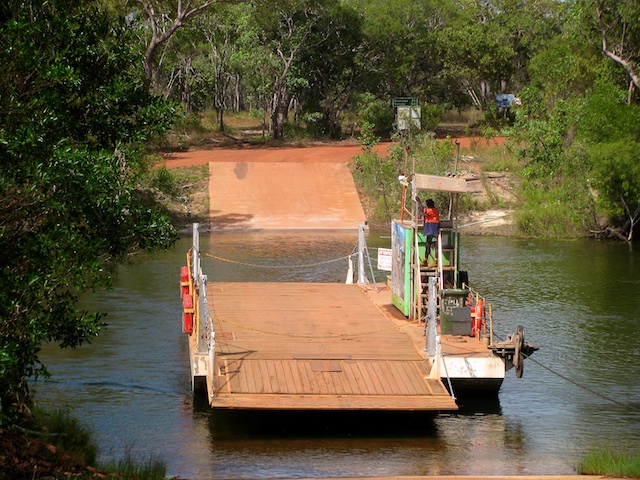 Then it was our turn on the ferry.(photo by George) 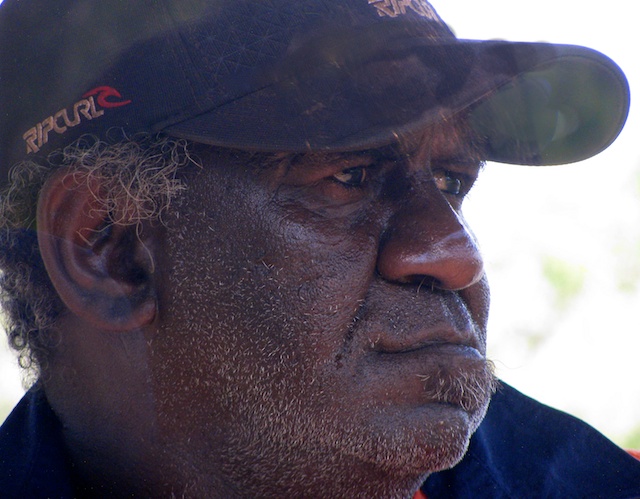 The ferryman. (photo by George) 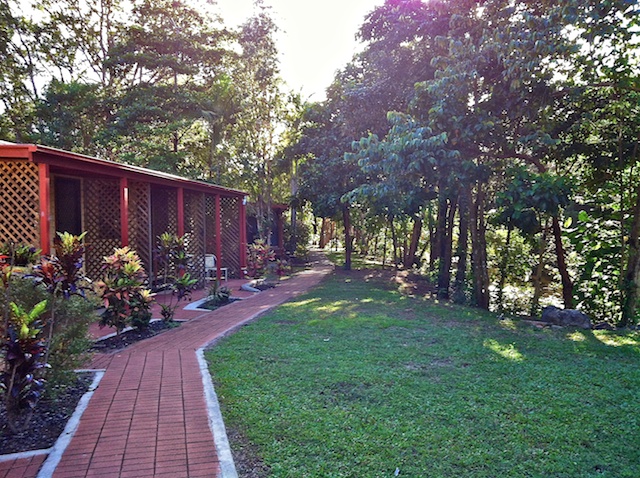 It was a long ride slipping and sliding along the rough road into Bamaga. We were keen to have a cuppa and a rest before dinner. The next day we would finally reach "the tip".