A few days ago we had to go into the city for a U3A meeting. After the meeting we had a walk through town. I'm always attracted to sculptures and public art that we come across. Here are a few that I saw on this day: 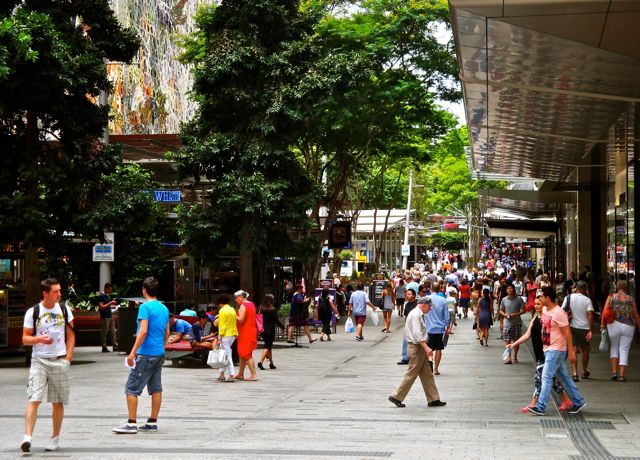 We walked into the Queen St Mall, as usual full of people, tourists and locals going here and going there in a variety of summer attire.Then I noticed an interesting facade peeping through the trees. 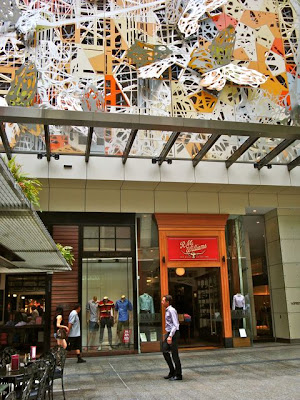 It is the facade for three entrances to the Wintergarden Shopping Centre.

As I got closer, I saw that it was more than just a facade but a giant work of art. It was created by Architects "Studio 505" and the consultant artist was John Warwicker. It cost $6.5m. 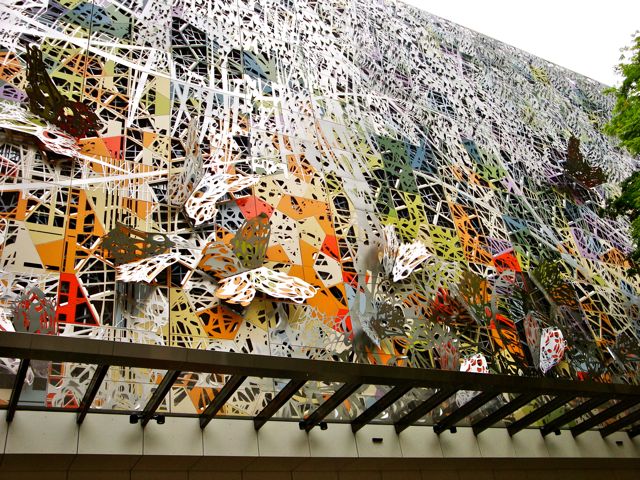 It is described as "Nature, geometry and layering communicates the rich diversity of life". It is more than an illustration. "The engagement with the facade lies within the irresolvable ambiguity." (You got that?) 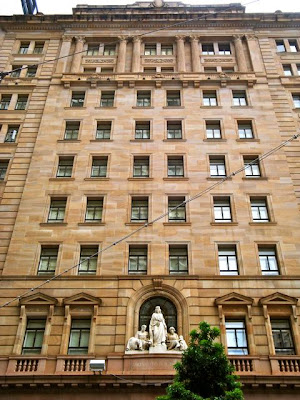 Not far away is the MacAthur Centre building. Above the entrance (missing from this photo) is a Sicilian marble statue portraying, "strength, plenty, production and growth" by Fred Gowan.

It is a 1934 English Renaissance style building steeped in World War II history.

In 1942 it was commandeered by US General MacArthur to serve as Allied South West Area Headquarters.

Now it houses a discount book store, a WWII museum and apartments. However, the whisper is that Apple have submitted plans for a $10.5 million renovation for the largest Apple Store in Australia.

(I'll have to chain up TOH to prevent him running amok in there.) 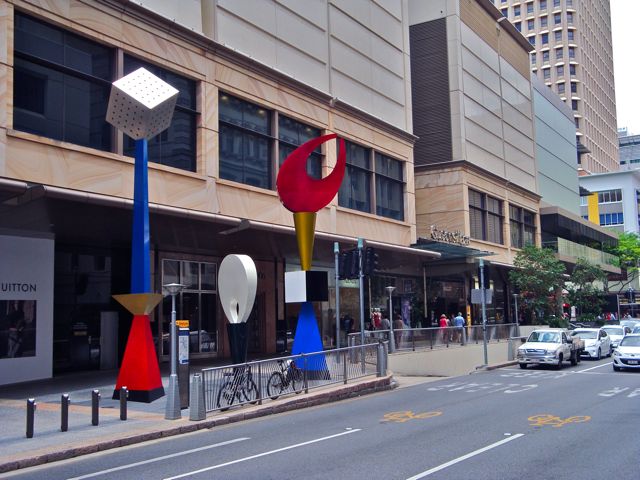 Around another corner I spot this unusual weird piece by Augustine Dall'Ava titled "Echoes from the North" depicting colours from the rainforests, flowers, tropical fish, the sea and the sun of the tropical north.  (It doesn't do much for me) 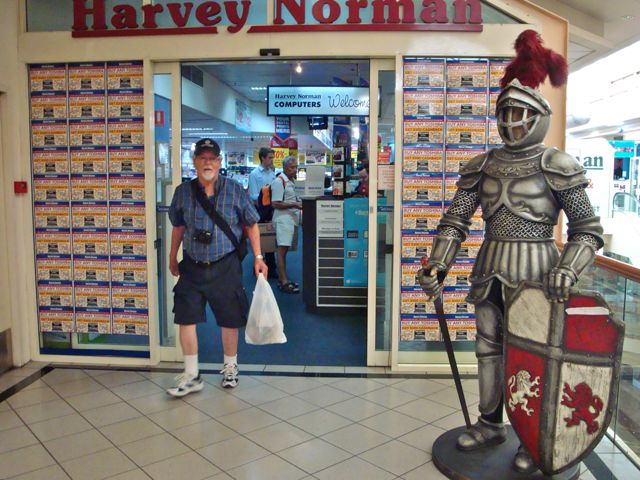 Can we ever go near an electrical/camera/computer shop without TOH buying another toy? This time a camera for the dashboard of the car in case we get involved in road rage or accident. Dare he say 'boo' next time I go into a shoe shop! Don't know anything about the statue of the knight. 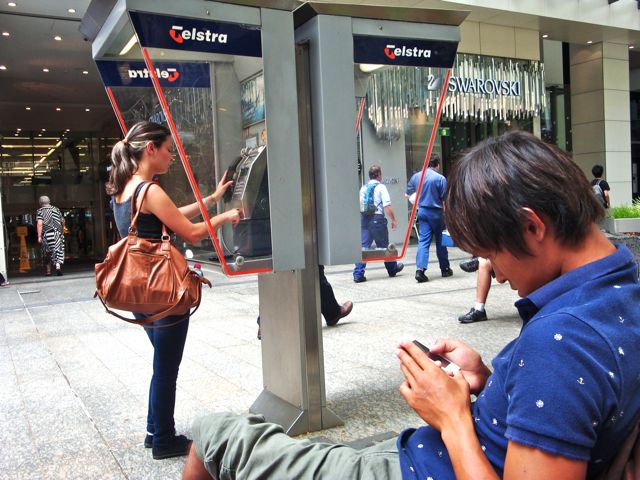 My own piece of street art. "Old and New". The "poor" girl is trying to make a call on a public phone she wasn't successful. The young asian lad with his smart phone doing smart things with it. (Even growing a leg out of his nose)

I am glad to report that today our temperatures have dropped and we even had some wet stuff fall out of the sky. The lawn has turned green, the trees are laughing and the birds are happy.
Update:
Just heard the news that the remnants of a cyclone is going to dump centimetres of rain on us over the next few days, including our National Day Holiday on Monday. The engineers are going to release water from all the dams upstream of Brisbane to avoid another flood like 2 years ago. It has already hit the north and towns up there have been damaged badly by flash flooding.
Last week we were fighting bush fires, this week preparing for floods. Crazy climate.
Posted by diane b