Last weekend we drove to Wivenhoe Dam to meet friends for a picnic. It is about 90 k from here and our friends live about 20k on the other side of the dam. 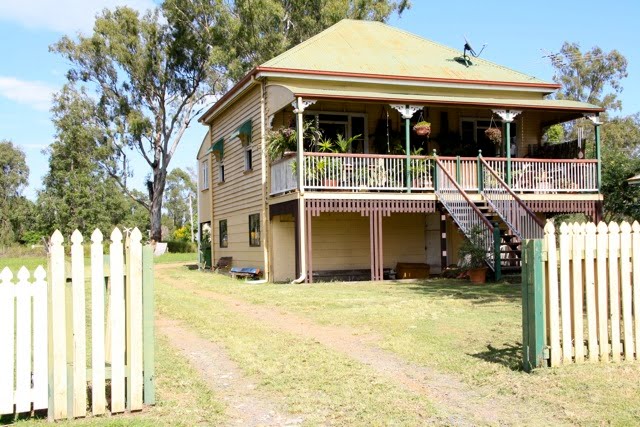 On the way we passed this traditional old Queensland  house.(Originally they were not built in underneath but left open to keep the house cool.) 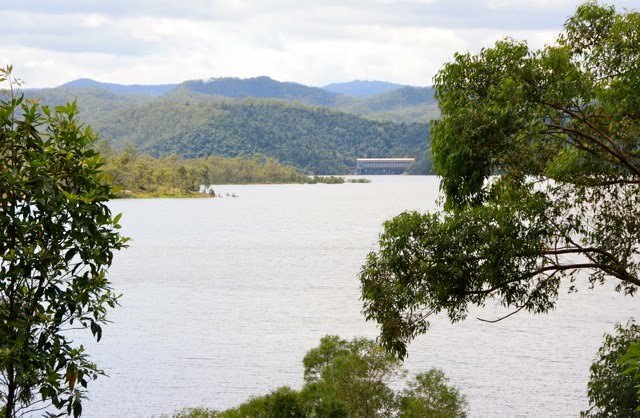 We were excited to see how much water was in the dam. Over the last five years we had very little rain, a drought in fact. The three dams providing Brisbane and surroundings with water dropped to 15% capacity. We were on very strict water restrictions and the State Govt was worried we would run out of water so they constructed a desalination plant and water recycling facilities. However, at the end of last year it started raining and it has been raining on and off all through summer, like it is supposed to in the sub tropics. The dams are now 98% full. Unfortunately we don't have mountains and melting snow to help fill the dams. 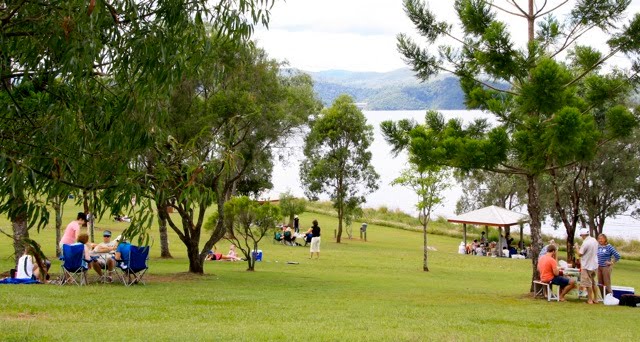 People stopped going to the dams for outings as they were nothing more than mud puddles but Easter weekend saw more people at the dams than ever before. This is just one of many picnic sites. There are also camping areas too. Some dams allow boating but not this one. 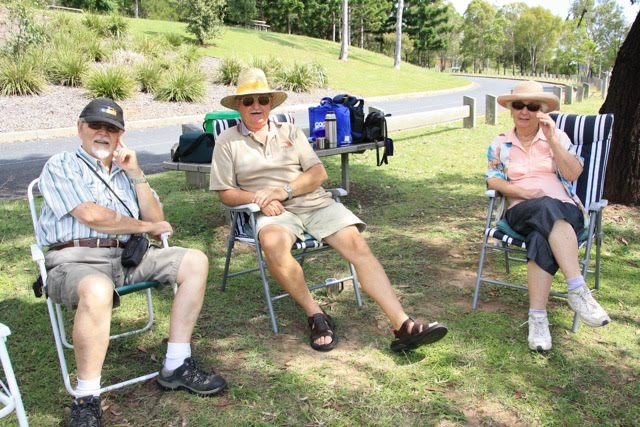 We met our mates, Joan and Norm, who had secured a table for us with a view over the park and water.
Joan and Norm are our oldest friends,( not their age), but how long we have known them. Joan and I taught at the same school in Papua/ New Guinea back in 1964. I was single then and I used to babysit for them sometimes. Later when I met Bill, I took him to meet them and I asked their opinion of him. Like, "Do you think he is OK to marry?" They approved and it turns out that they were right. We left P/NG before them but we met up again here in Brisbane in the 70's. Later they took a "tree change" and moved to Esk, a country town, which is turning into an artist's retreat, Joan loves this because she is into weaving and felting. 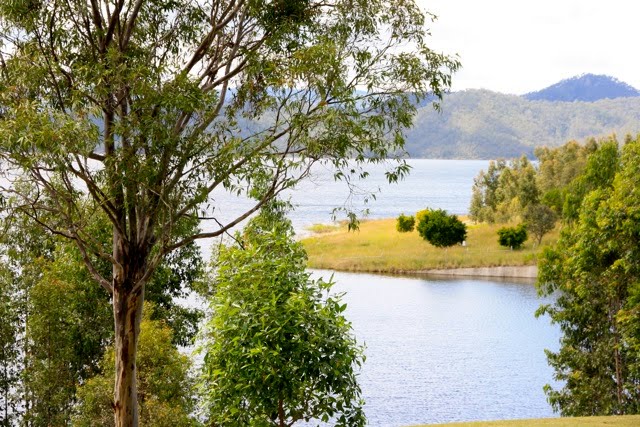 Not bad weather for Autumn! 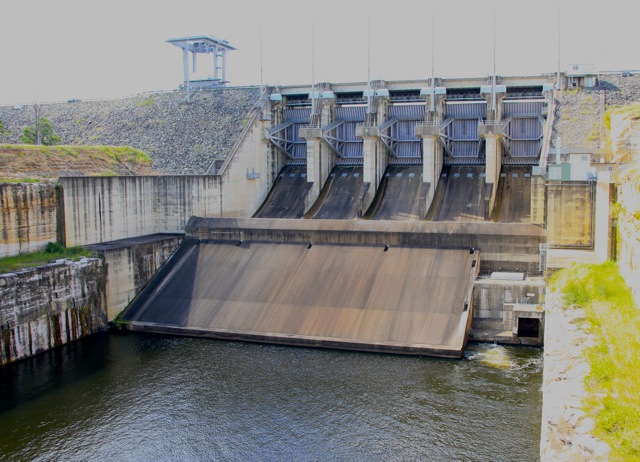 After our ham salad lunch, we drove back over the wall and around to the spillway. There are five steel gates 12 metres wide and 16 metres high. The biggest of that kind. 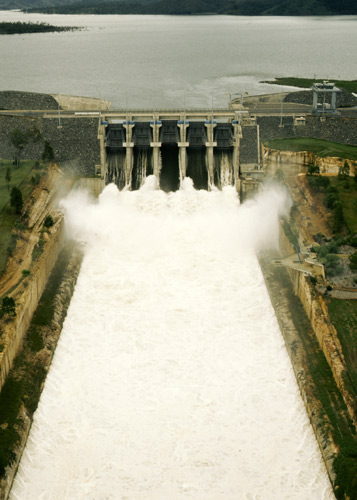 This photo is from the web to show how it looks when the gates are opened,(which is not very often). 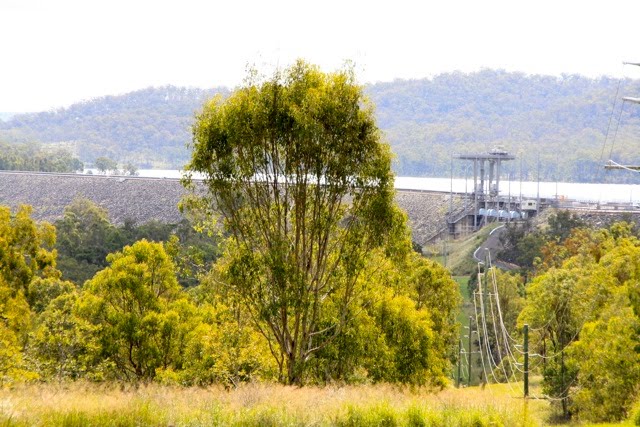 Then I tried to get a shot of the earth and rock wall which is 2.3 k long, with the Brisbane Valley Highway running along the top. However I couldn't get far enough away to fit it all in and the damn tree got in the way of the dam wall. The dam holds 2.6 million megalitres. 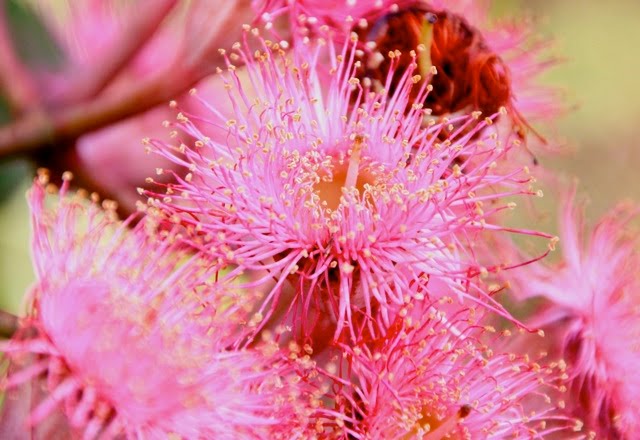 On our trek around the spillway we saw a gum (eucalyptus) tree in blossom and... 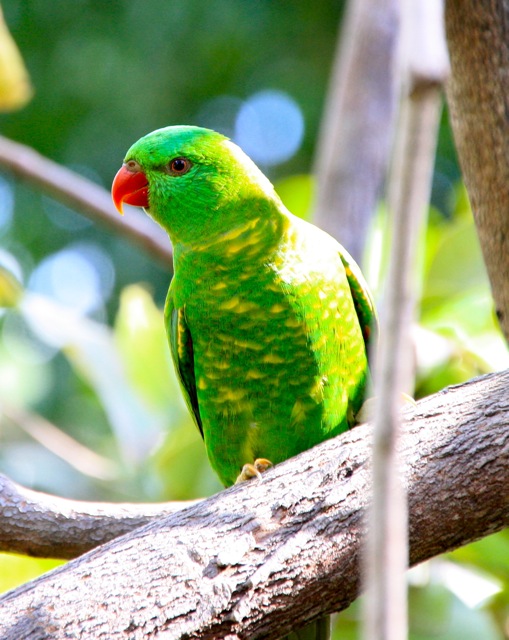 a scaly breasted lorikeet and... 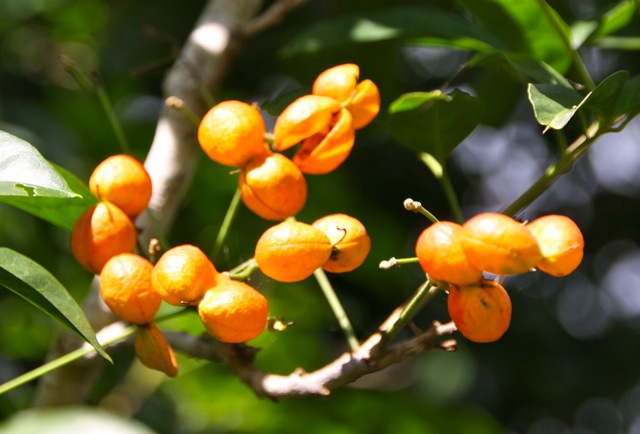 some pretty seed pods. They look like pac men.
Posted by diane b