Last week we did some history hunting in our Logan City, which adjoins Brisbane City. We went to the suburb of Kingston where there is an early pioneer cottage. John and Emily Mayes  and two children arrived from England in1871, he had been a gardener and she a servant. They took up a selection (free government land, which had to be developed) of 321 acres and built a slab hut, built fences and dug a well. 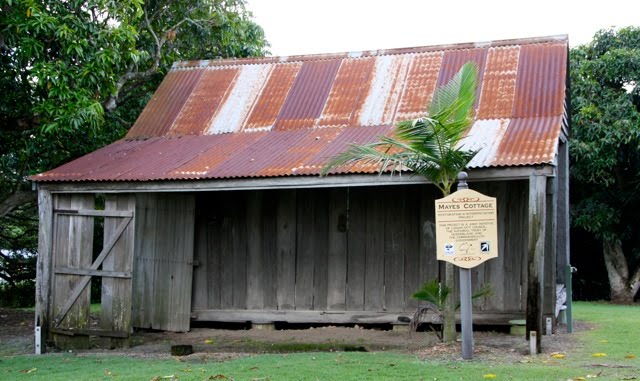 They lived in the hut for many years before building the cottage. 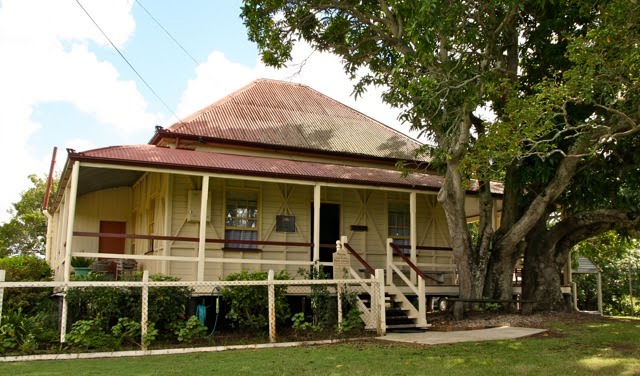 They planted fruit trees, sold timber from the property, had dairy cows and kept bees. They had 5 more children. After some years they bought the property from the government. 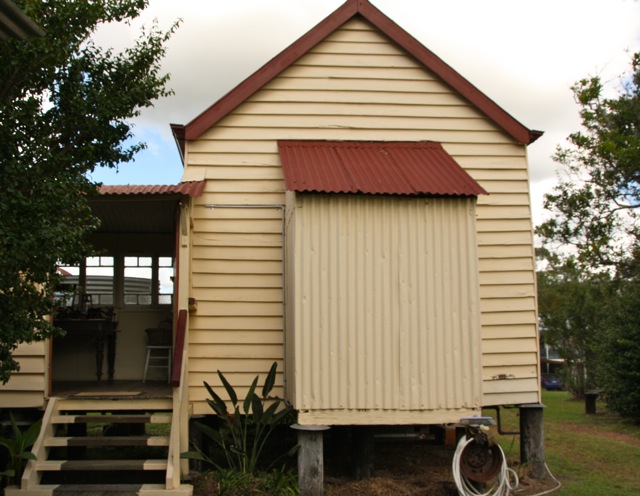 The kitchen was built away from the house in case of fire, but it is connected by a walk way, . 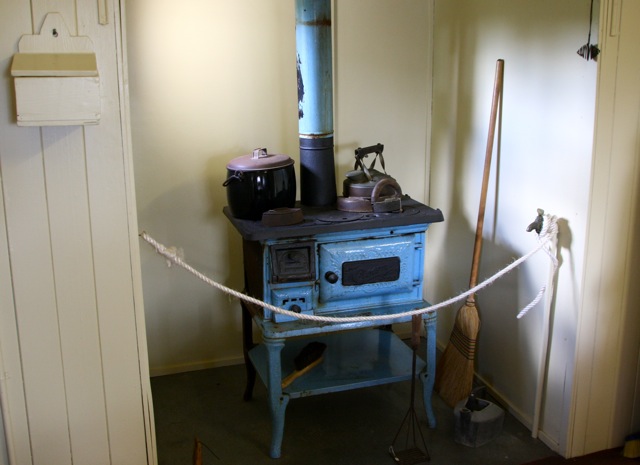 A later model stove sits in an alcove. 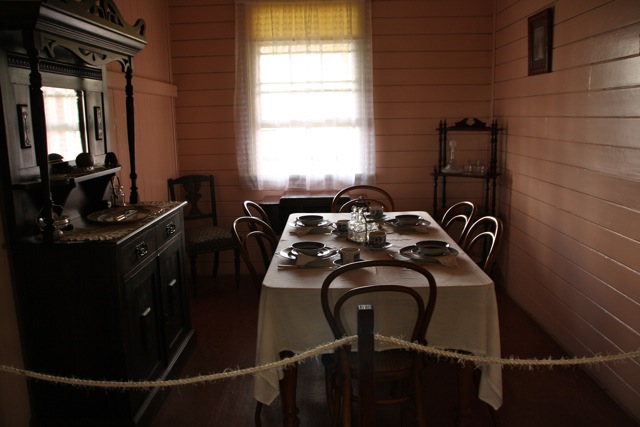 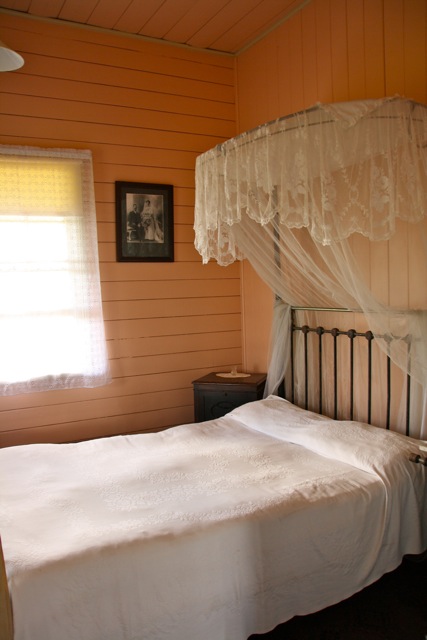 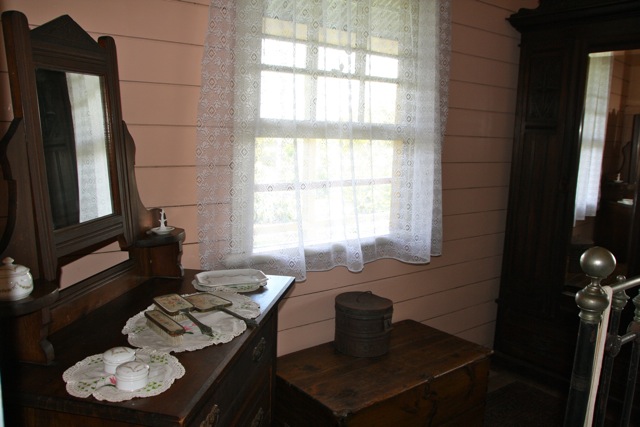 The house stayed in the family until 1973. The Qld government acquired the estate except for 2 hectares around the cottage, which is now a park where we had a picnic lunch. The house was saved by local citizens storming parliament house and protesting against its destruction in 1979. 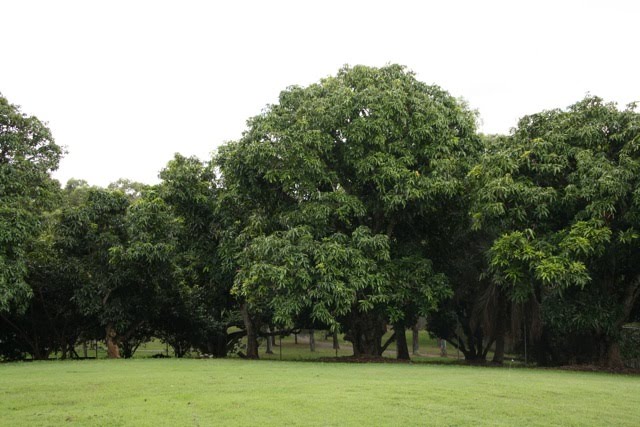 Some remaining mango trees from the original orchard planted over 200 years ago. I have enjoyed reading the family histories from the booklets given to us. The cottage museum is run by volunteers and maintained by the Logan City Council.
Posted by diane b