Weather glorious today. Hot but not too much as there is a strong breeze. Children’s sports on deck today. Saw dolphins leaping from the ocean. We are about 20 degrees below the equator. Have got a lovely tan by now, but some passenger’s skin burns when only 20 mins in the sun, even when it is cloudy.
David went to visit the Captain’s bridge. He steered the ship, saw compasses and all the other instruments.
Clocks on again I hour.
Lost David and found him sound asleep, fully dressed, but with his pillow and blanket on a hatch at 1:00 am.


Thursday 3rd February 1949
Cooler than what we have been used to lately but still warm enough.

Friday 4th February
A little cooler but hot in the sun. A lot of excitement as it is the children’s farewell party at 2:00 pm. All looked lovely in party dresses. 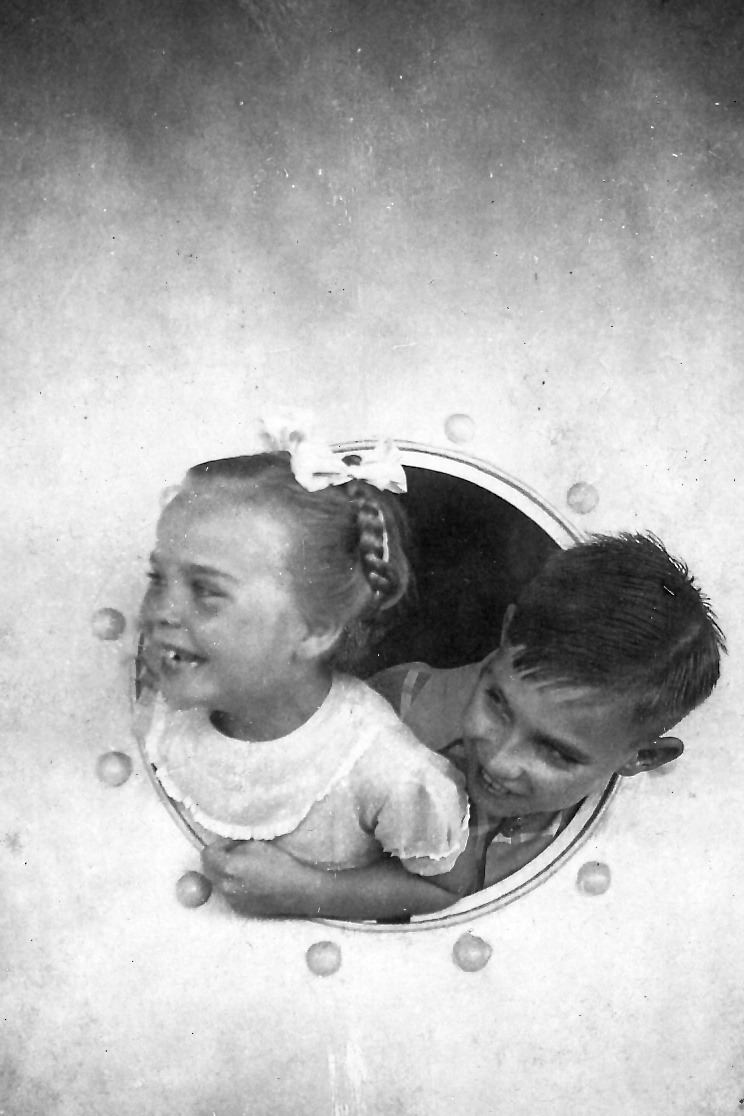 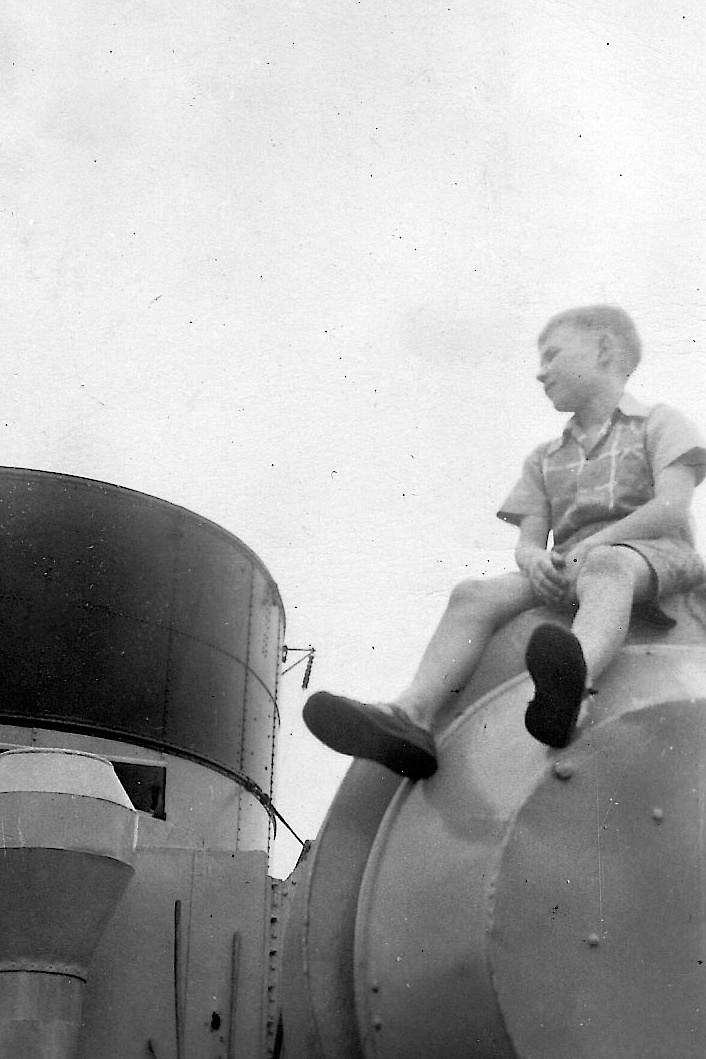 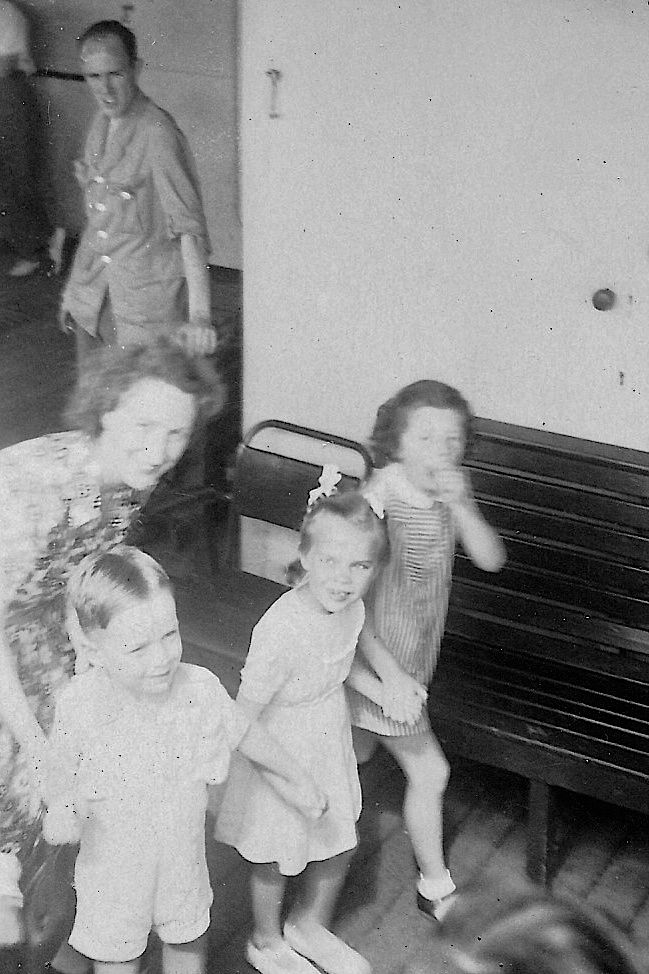 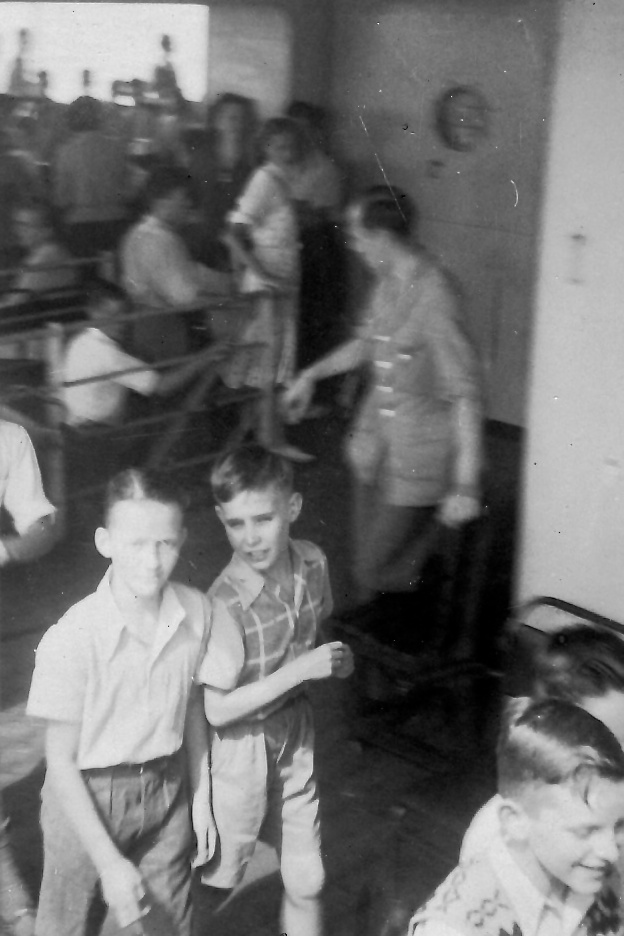 (I'm in the middle and David is on the right )
All 500 lined up and marched around the decks following the pipers in kilts. It was a beautiful sight. The main dining hall was decorated with flags, hundreds of balloons and the tables were beautiful. There were 2 huge birthday cakes, cream cakes and fancy cakes. After tea there were games and a concert with prizes. Each received a packet of sweets and a chocolate. The captain made a speech and gave them each a signed menu.

Clocks on again. Everyone is excited as it is only 1000 miles to Freemantle.

Saturday 5th February 1949
(The first day there is no entry written. I do remember the party, I was much happier now as I had learned my way around the ship and had made a few friends. I can remember we were all very excited, a party with 500 kids! There was heaps of delicious party food and lots of fun and games.)

Sunday 6th February 1949
Awake at 5:30 and looked out to see AUSTRALIA in the distance. 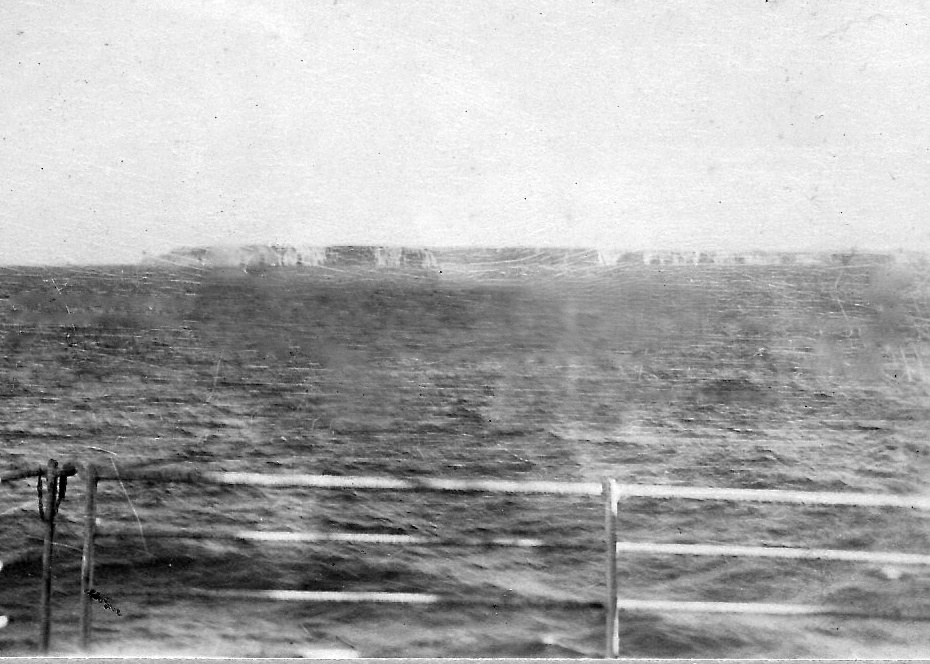 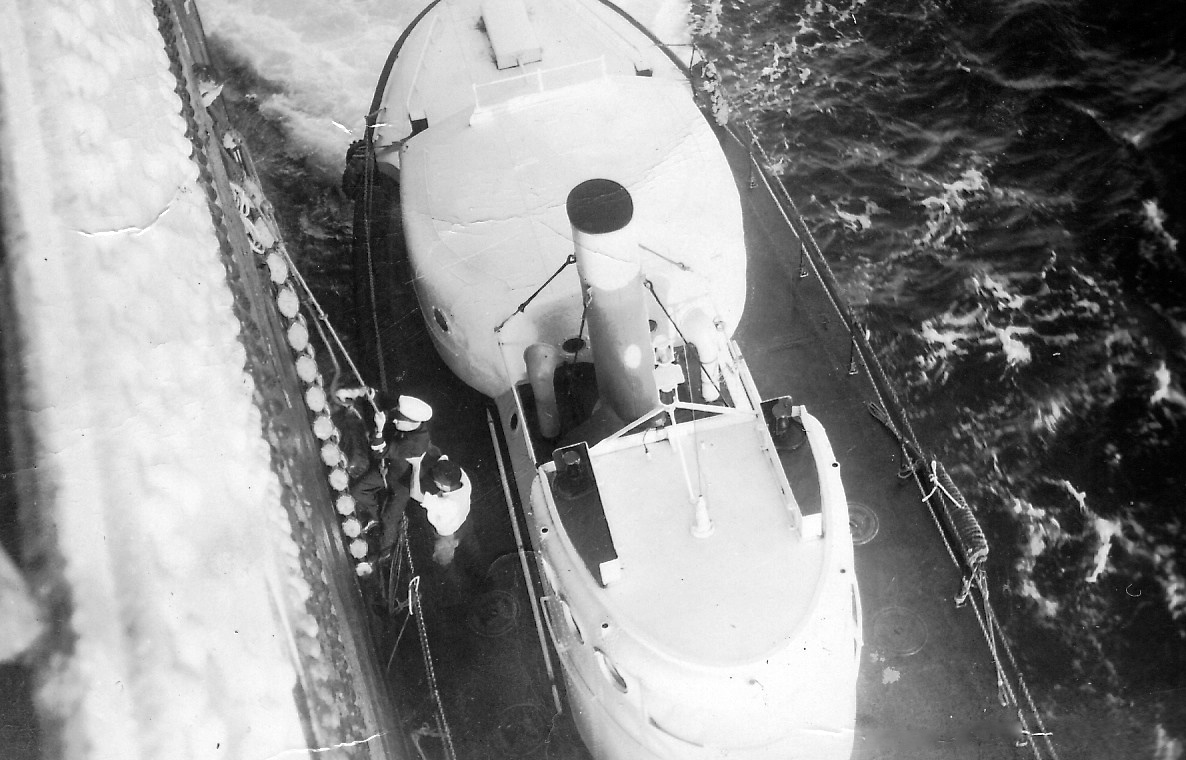 The pilot climbs aboard to guide us into Fremantle.
We are there at last and we are excited because we can go ashore today at Freemantle the first stop since Aden. Everyone was up and dressed by 7:00 am to pass the doctor before landing. Lots of people on landing stage to meet passengers. Finally we got on shore about 11:00 am. It was 90 F degrees and very hot. Everyone beautifully dressed on shore in summer attire and all looking very bronzed.

Got a bus to Perth. Peculiar buses, no conductors. Really beautiful city. Walked around and looked at the shops then took a taxi ride around King’s Park. 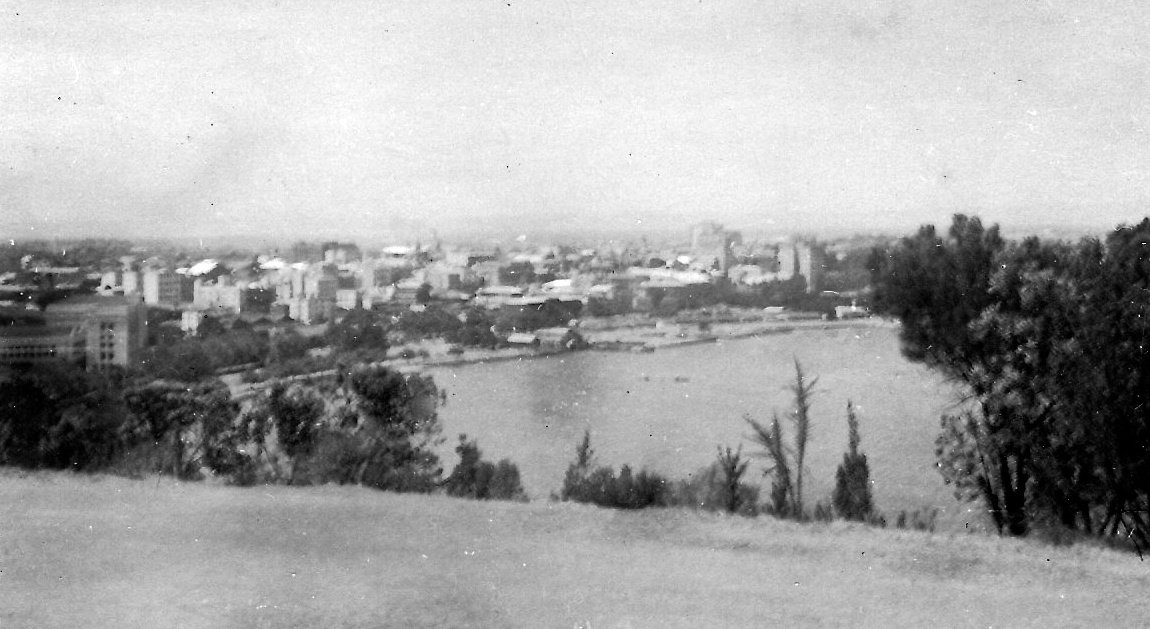 Kangaroos, pineapples, palms, gorgeous flowers and lovely bungalows with coloured tile roofs. Wide clean streets. Everything is spotless and all the buildings look brand new. We visited Perth University where there was a pond absolutely teeming with goldfish. 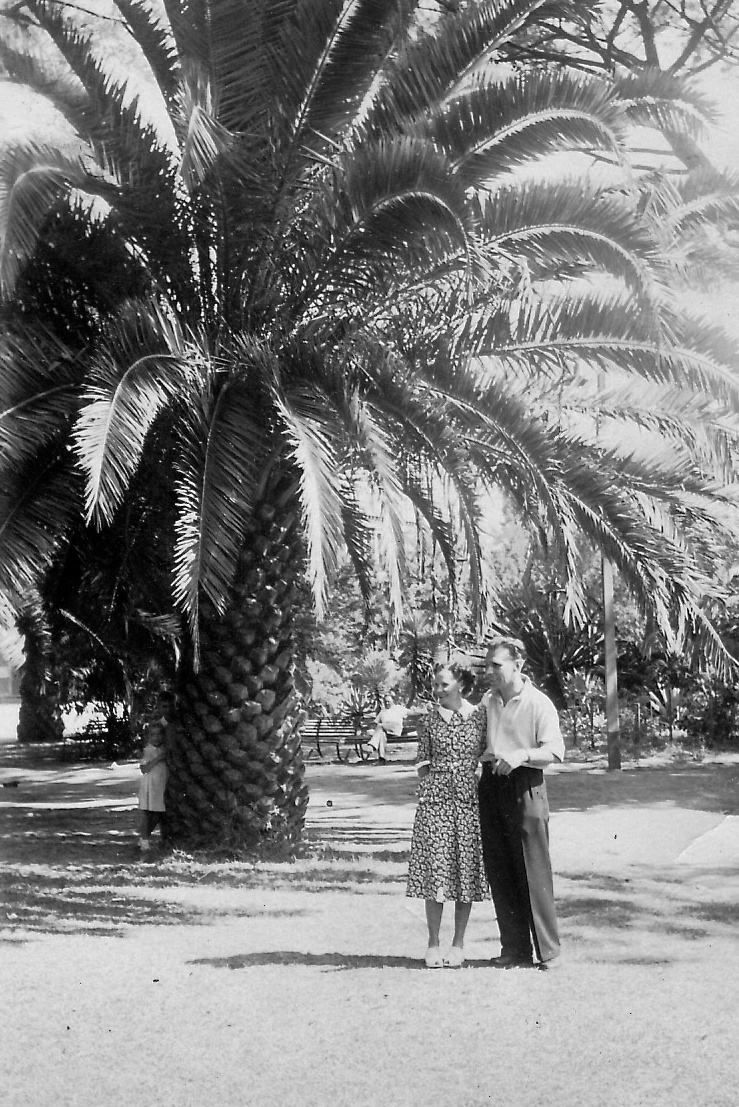 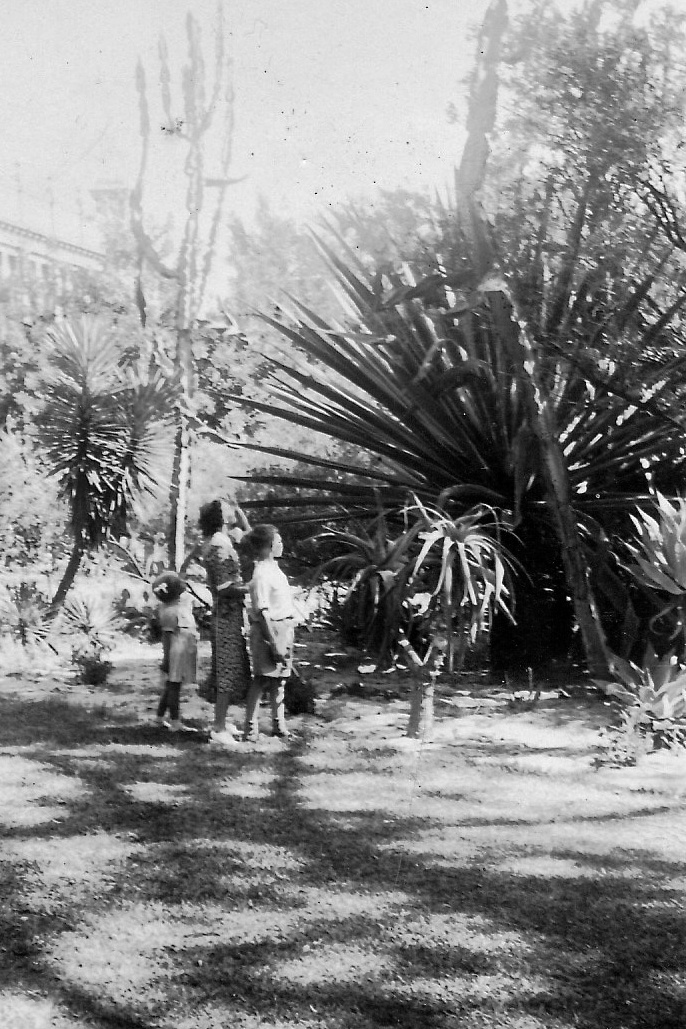 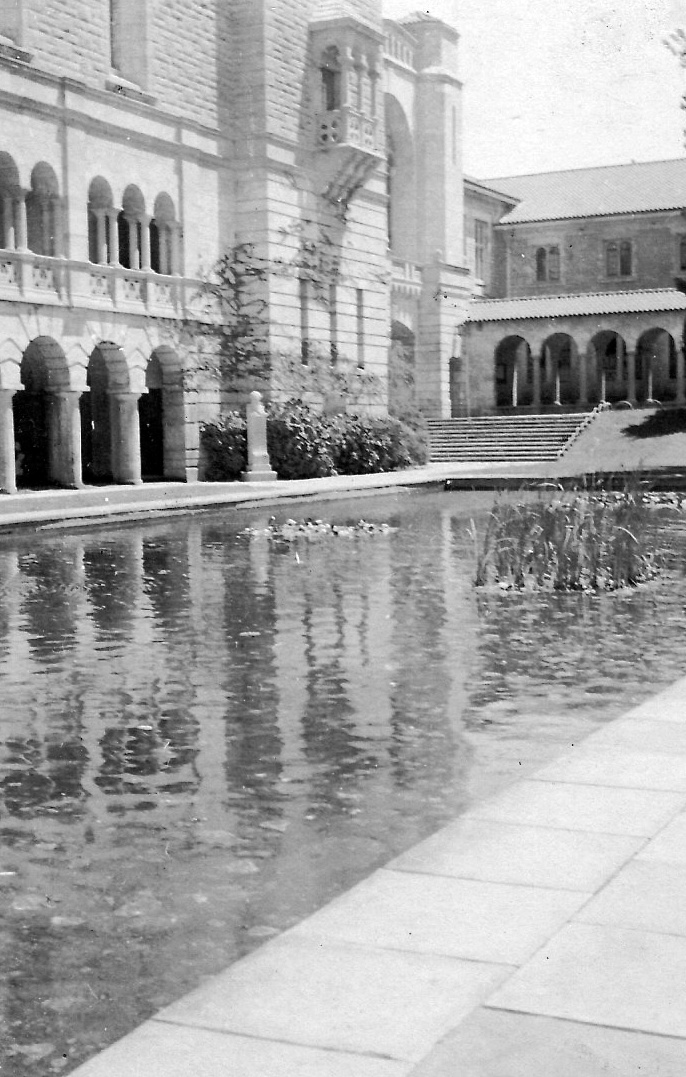 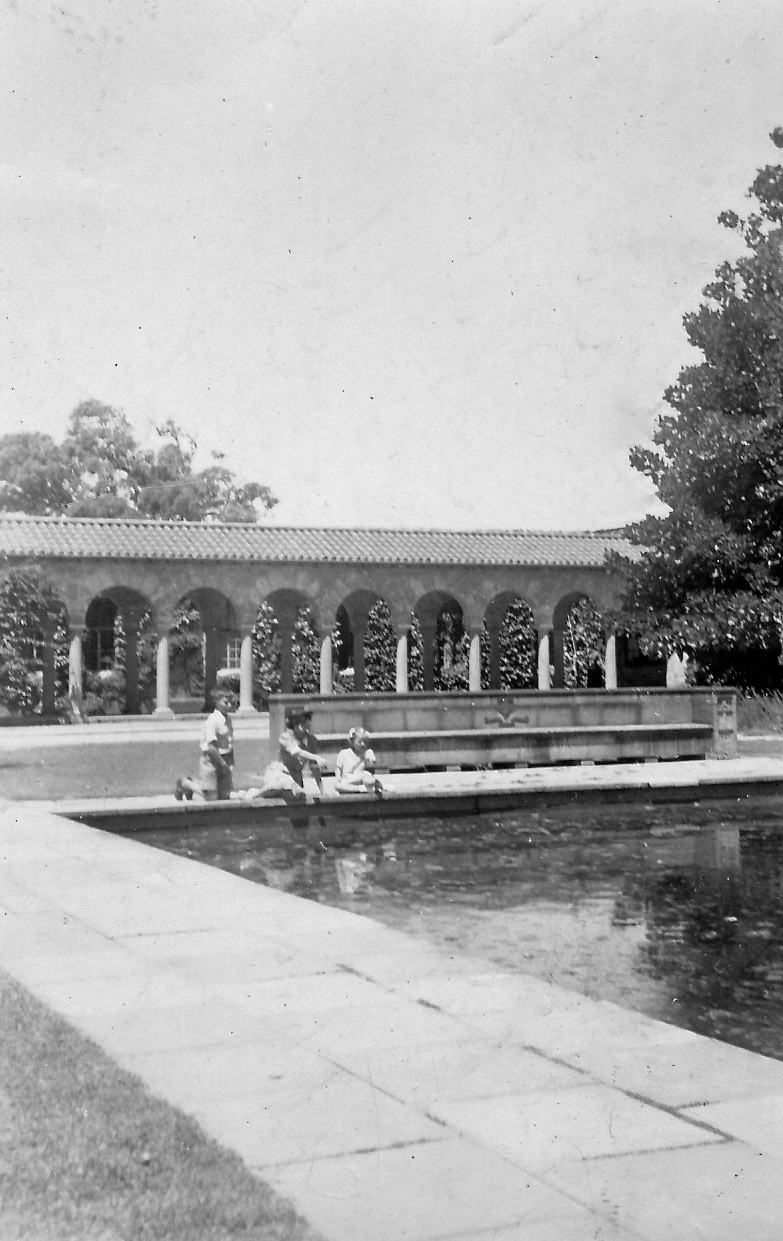 The goldfish pond in the University grounds.

Lovely food. 7/6 for all our lunches. Bought fruit.
Back at 5:00pm. Very tired but had an enjoyable day.

Tuesday 7th February 1949
Lazy day. Melbourne passengers are packing ready to disembark. We had talks from emigration officer and padre. Some saw whales. Dancing in the evening. Clocks on.

Wednesday 9th February 1949
Only 5 more days, so we are looking forward to landing in Sydney now. As the clocks are put on again we slept all afternoon.

(Sadly mum’s diary of the voyage finishes here, even though we stopped in Melbourne and landed in Sydney on Sunday 13th February 1949. I can only guess she was so excited to have arrived and on the brink of a new life that the diary became unimportant. However, I have her photo album with captions and my own memories to help me piece together my parents first years of their struggle, hardships and fun in establishing themselves in their new homeland.)

Email ThisBlogThis!Share to TwitterShare to FacebookShare to Pinterest
Labels: Migrating to Australia, My Story