Saturday 29 January 1949
A lazy day, sunbathing and eating. Very hot so I went under the spray on deck for a cool down. Lovely and refreshing. 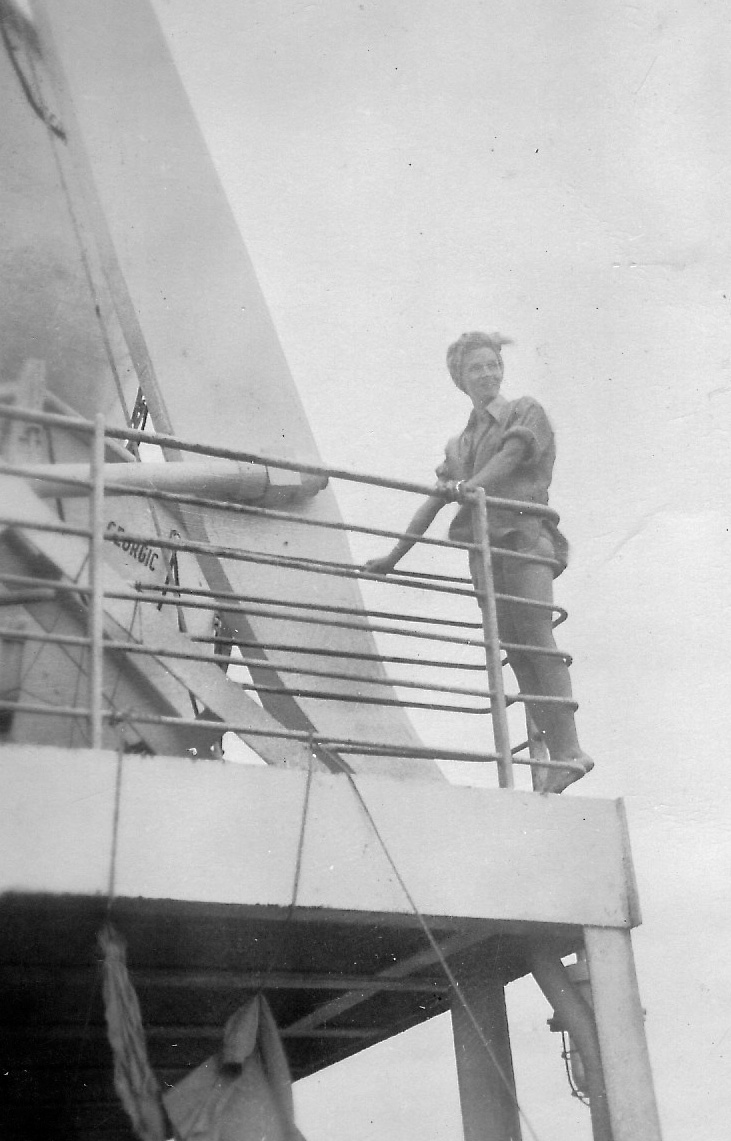 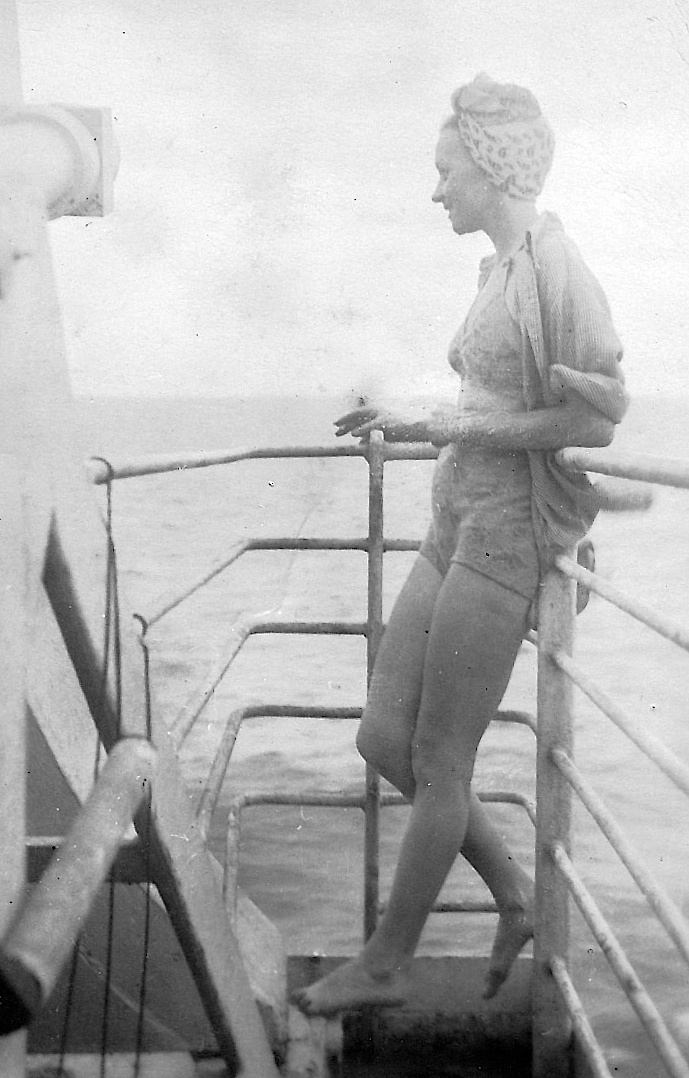 Sunday 30th January 1949
Still in the middle of the Indian Ocean. 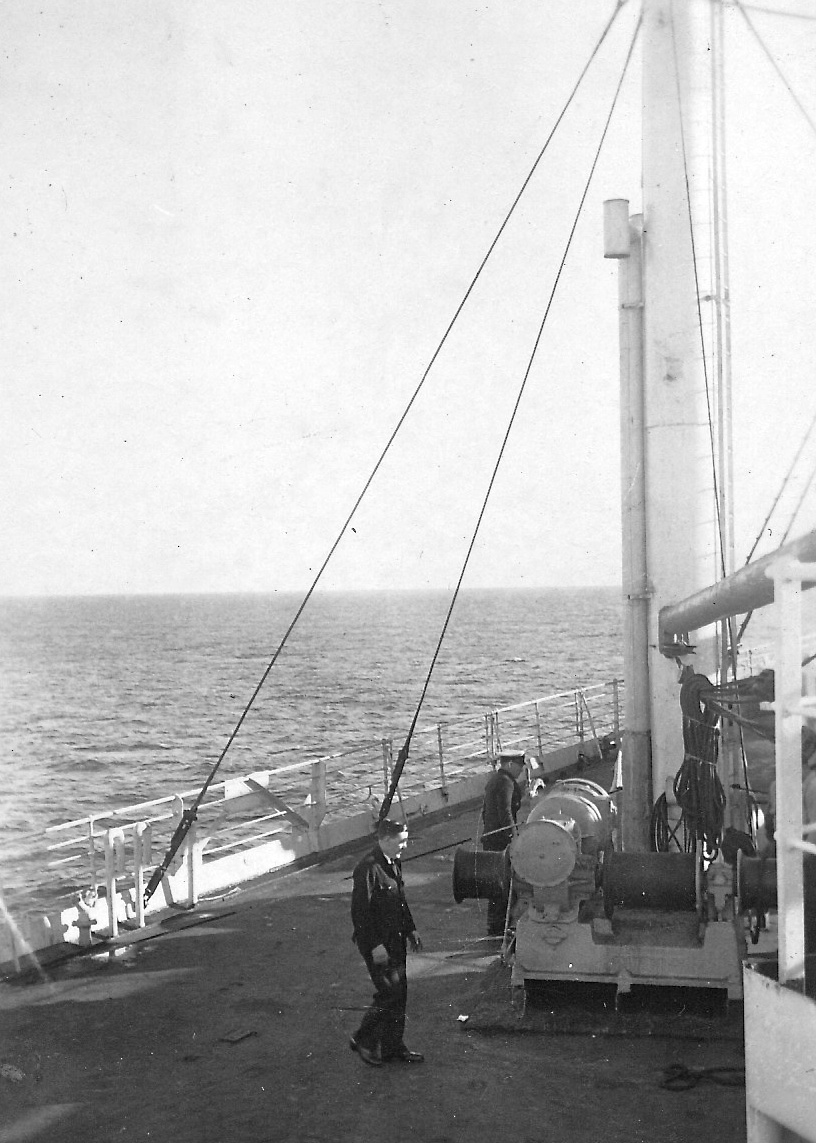 Had a shampoo and set in the morning. Sweat pouring off me under the drier. Sunbathed after lunch. Supper party late at night. David slept out on deck. He helped in the Kiosk and he was ringing wet. Real assortment of people and dress. I get fun watching others. Turkey again for dinner.

Monday 31st January 1949
Rather rough. Wash coming overboard. Heavy showers of rain occasionally lasting 3 mins which soaked me through in bathing costume. First time we have had any rain and it does come down. Lashes up the sea and you can watch it coming. Temperature still very high.
Gossip, rumours and scandal are most amusing. It is far worse than living in a village. We get no end of fun from the tall stories and yarns we hear.
We could buy tons of best quality sweets, all varieties of biscuits, Turkish delight, sugared almonds. We have delicious ice creams at lunch and dinner times. Still nearly another week of ocean before we see land but I don’t care how long this lasts.

Tuesday 1st February 1949
Squalls occasionally. Just as I settled down on deck for a sleep in the afternoon the rain came in a few minutes then dropped down and stopped in 3 mins. Portholes had to be closed. Although it is windy, the sea isn’t rough; I can scarcely feel any movement. In fact when we are at the pictures or a concert one forgets that we are moving. Evenings getting longer. Dancing in the evening.
Can buy as many tins of 50 fags as one wants for 2/6 each. ("fags " was the English slang word for cigarettes.)
Posted by diane b

Email ThisBlogThis!Share to TwitterShare to FacebookShare to Pinterest
Labels: Migrating to Australia, My Story