We went to Logan River Parklands to take some photos of the newly renovated Red Bridge. It was built as a toll bridge in 1939 as part of the Pacific Highway to cross the Logan River on the way to the Gold Coast from Brisbane. It was decommissioned in 1986 and two new bridges were built one going south and one going north providing eight lanes of traffic. The Logan Council have paid 2.5 million to repair and renovate the bridge. It is now a part of a walking and cycle path through the parklands. 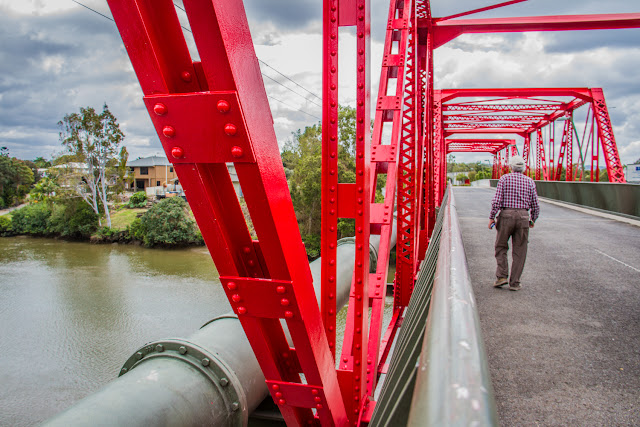 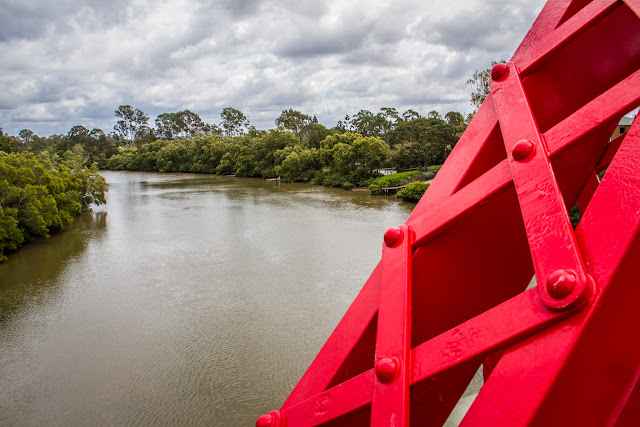 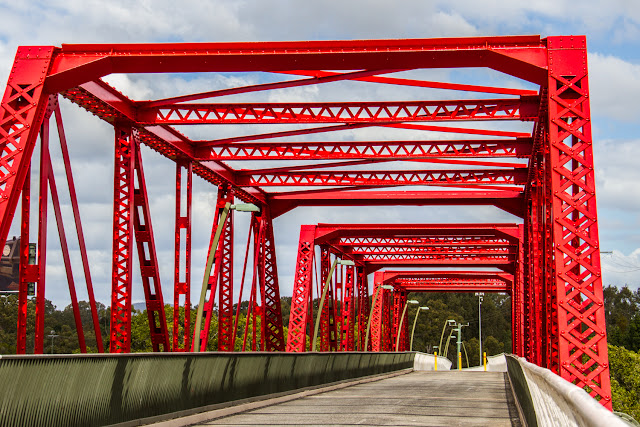 We were hoping to fly the drone and take some aerial shots but it was too windy. 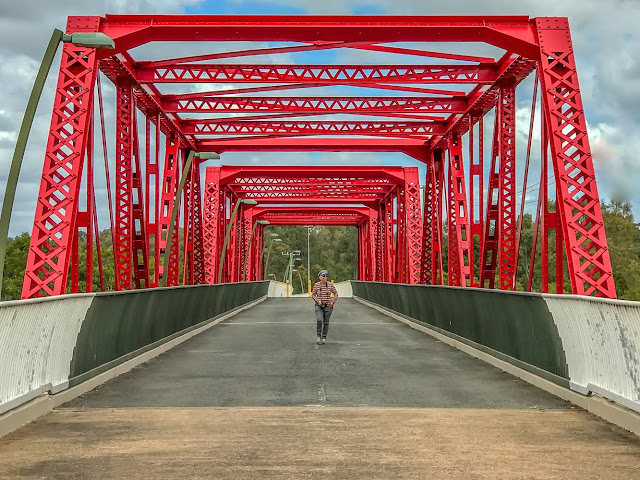 That's me! I can't believe how small it was as part of the main highway to the coast. I can remember using it often in the 70's and 80's. 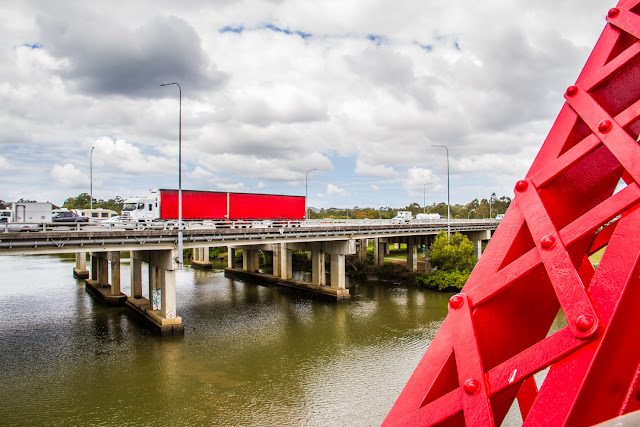 The present day bridges carry eight lanes of traffic but they are nowhere near as attractive as the historic Red Bridge. 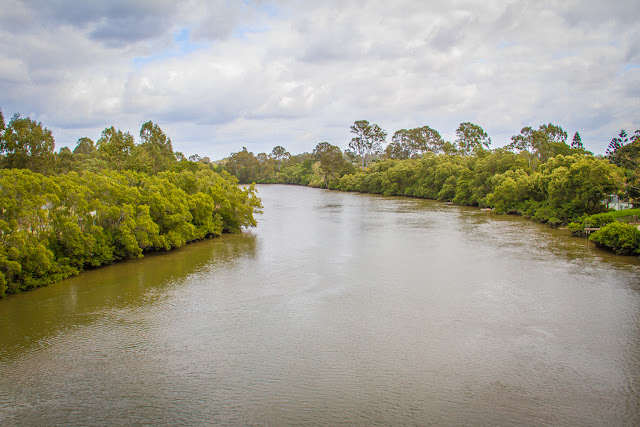 The Logan River has parklands on both sides here. The parks have boat ramps, playgrounds, walking trails, exercise stations, picnic spots and barbeques. 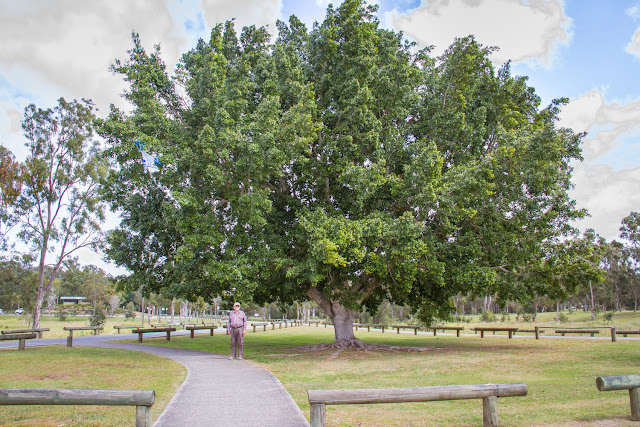 Love this tree and the person under it. 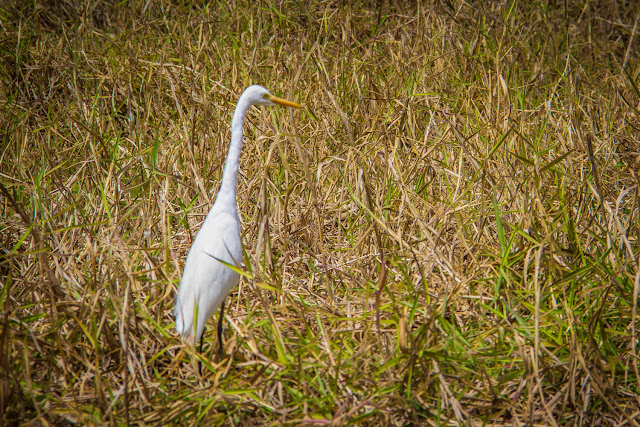 There are wetlands there too but were a bit dry now but did catch one bird looking for dinner.
Linked to: