In September 1976 Sonya turned two. We belonged to Springwood Playgroup. Parents took it in turns to hold playgroup in their homes. The kids had fun and parents had fun preparing activities. We also got to make new friends. Some of us are still in contact today and we have reunion dinners twice a year. I'm going to one tonight. We catch up on what our children and grandchildren are doing now days. 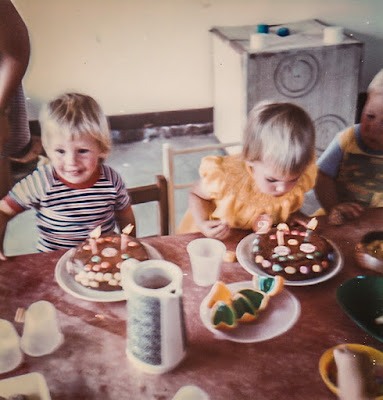 Sonya had her party at playgroup. Another little boy, Troy had his birthday too.  Troy is now a specialist nurse, who helps doctors implant pacemakers. Sonya is an operational manager for NICA (National Institute for Circus Arts). Who would have guessed then. 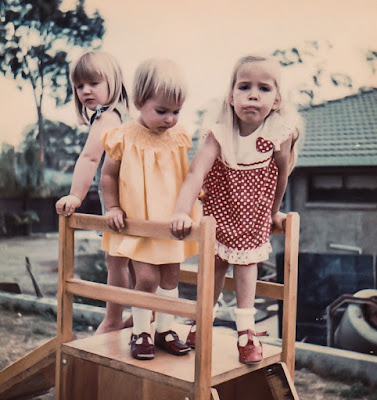 We had indoor activities and outdoor play. Carol was four.

During 1976, Bill was very ill for three months. He collapsed at work and was rushed to hospital where they saw he was having a Left Jacksonian fit. The doctors said he had plaque float into his brain from the Carotid Artery. So he had a six hour operation to clean out the artery in his neck. There was a chance of brain damage so that scared me. I was lucky to have the best neighbour, Moira, who looked after the girls while I went to the hospital. (We have no family in Brisbane) My parents lived in Sydney, Bill's in Switzerland. He is an only child and my brother had just moved from PNG to  England. 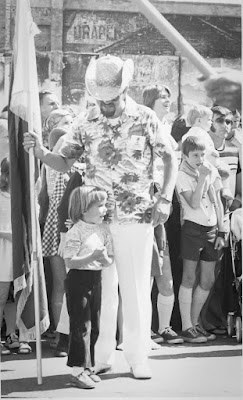 The operation was a success and he came home to recuperate. But it didn't happen. He got severe headaches and was projectile vomiting. I called an ambulance and sent him back to hospital. Doctors spent ages trying to find out what was wrong. There were no CAT scans in those days but he had every kind of brain x-ray available even one where they drilled out a piece of skull and pumped air in. They were trying to find a brain tumour which they suspected was causing the pain in his head.
After this last test his eyes pointed in different directions and he could see more than double  of everything but I was happy that he didn't have brain damage nor could they find a tumour. They gave him huge doses of cortisone and he started to get better.
A year later after going from one specialist to another, he was finally diagnosed with chronic sarcoidosis of the brain membrane, which is kept under control with a low dose of prednisone everyday.
This photo was taken on his first day out after three months. He was marching for the Lions Club at Brisbane's Warana  Festival. I was so happy to have him back to himself and so were the girls. 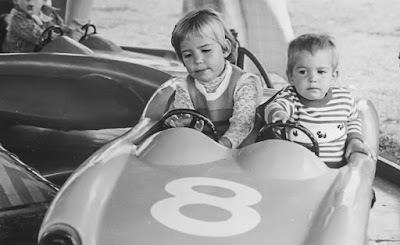 Carol and Sonya at the festival. 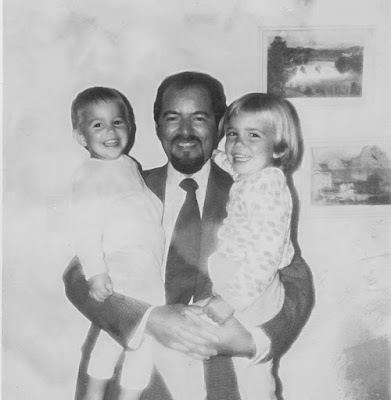 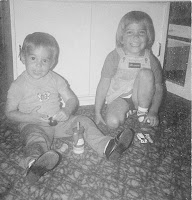 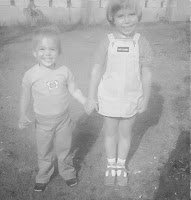 The girls were two and four and becoming good play mates. 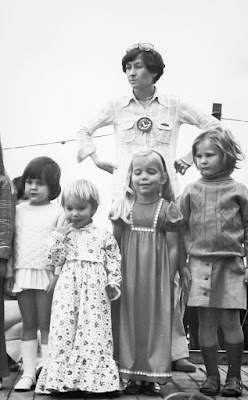 They entered the Miss Naarilla Tiny Tot Quest again but didn't win this time. I thought they were cute though. 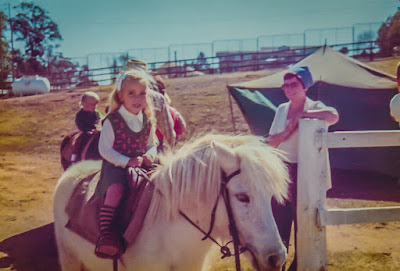 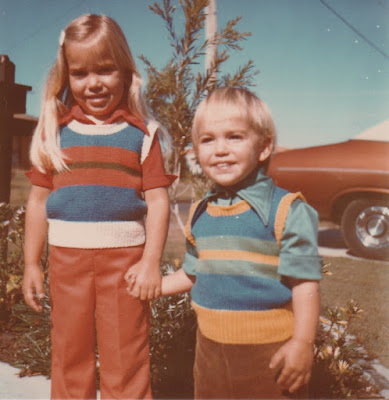 Grossmutti knitted the vests and sent them from Switzerland. They hadn't met their Swiss grandparents yet. With Bill being sick and me not working plus paying a mortgage with a whopping 18% interest, there was no way we could afford to fly to Switzerland then.
Posted by diane b

Email ThisBlogThis!Share to TwitterShare to FacebookShare to Pinterest
Labels: My Story, Spring 1976