We went on a steam train trip to Toowoomba. Toowoomba is a city on the Darling Downs on top of the Great Dividing Range. It is 125 km west of Brisbane. It is known as "The Garden City" and hosts "The Carnival of the Flowers" each September. I have always wanted to visit during the flower festival time. Bill said he would like to take the historic steam train up the range to Toowoomba. I luckily got two cancellation tickets for the train trip which is obviously very popular. We set off at 6:00 am from home and drove into town to the station. The train left at 7:15am and arrived in Toowoomba at 12:30pm, it was a long trip. We spent a few hours visiting gardens on a coach and then returned by steam train to Brisbane and arrived at 7:45pm. We reached home at 8:30pm. It was a long day for the oldies, but something different. 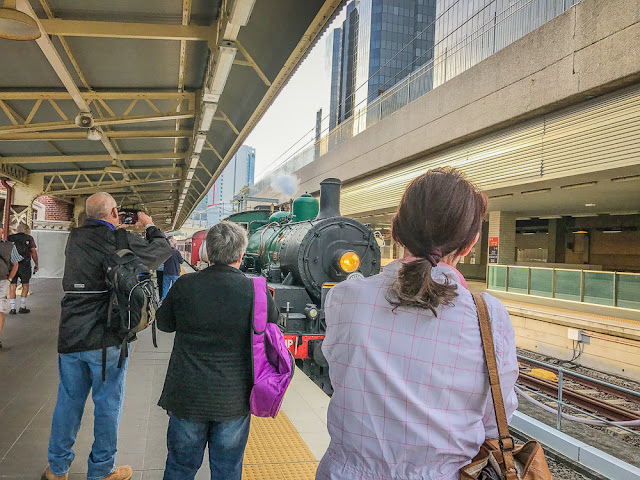 Everyone on the platform wanted to get a photo of the old steam train. It was a BB111/4 class and it is operated by the Australian Railway Historical Society Queensland Division. It has been in service since 1956 originally for an express passenger train and now as a tourist attraction. 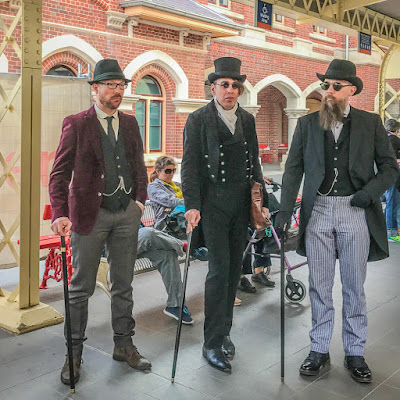 These Gentlemen were helping us get into the swing of the old days. The railway line was constructed over 150 years ago. 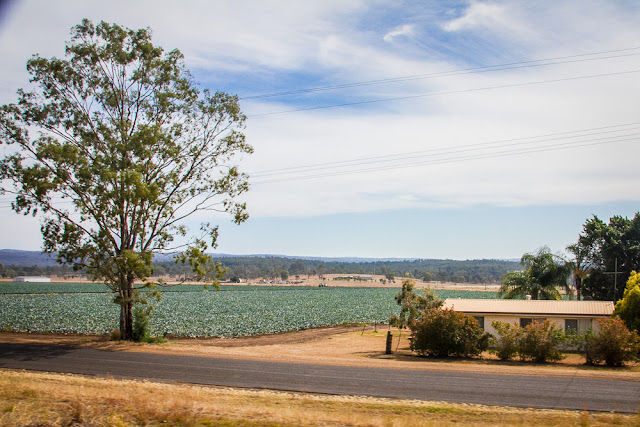 We passed through the Lockyer Valley where most of our vegetables are grown before climbing up the steep range. Many bridges and tunnels were constructed to try to ease the climb, but there are still some very steep gradients. 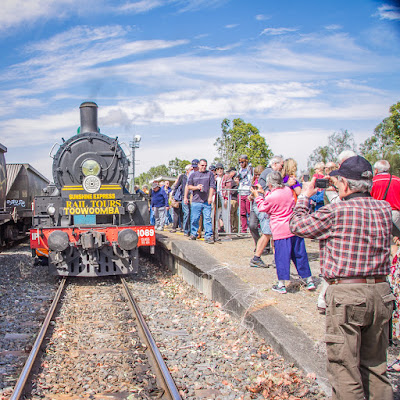 We stopped at Heliden for the train to be refuelled with water and other adjustments made. Passengers used the time to visit the engine. 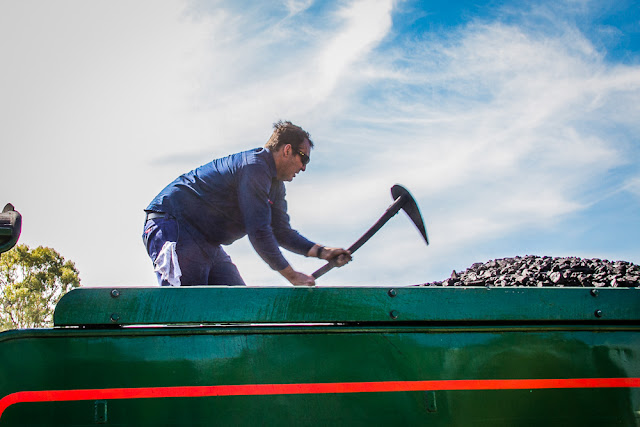 These volunteers never cease to amaze me. 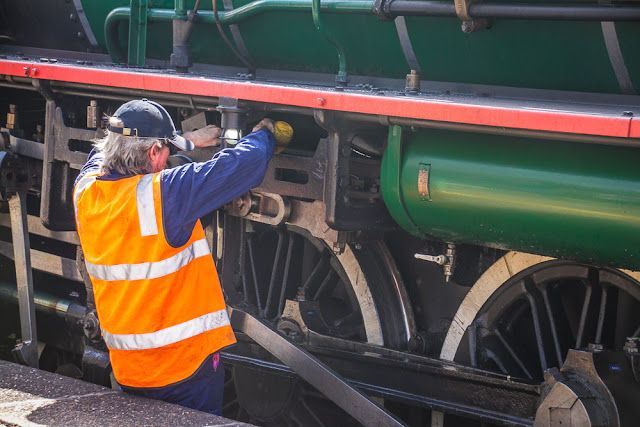 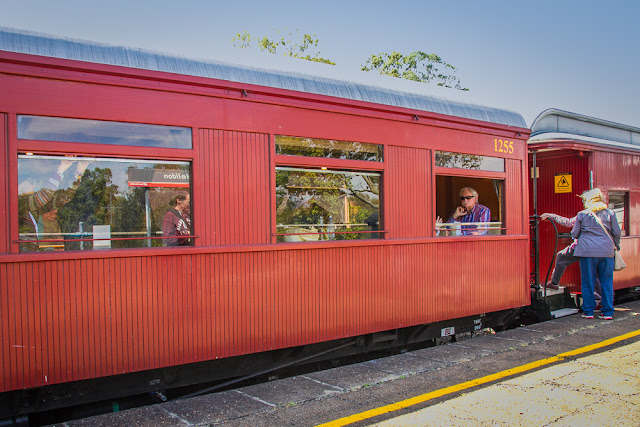 We even had a dining car. 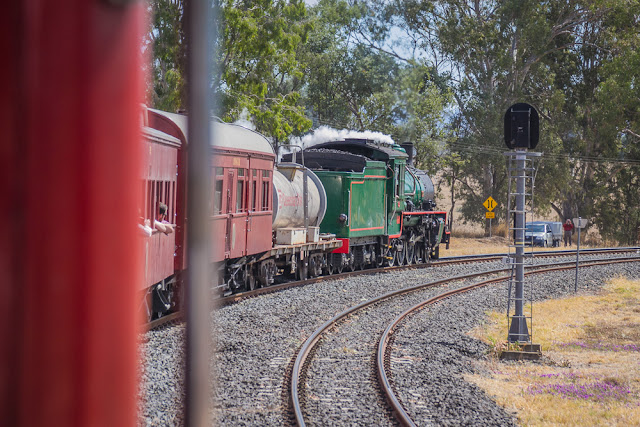 At the risk of getting soot in my eyes, I ventured out on the verandah to get some shots of the train. 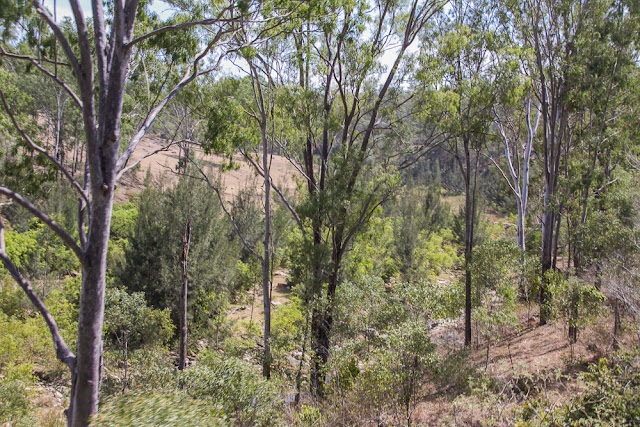 After climbing up the hills we finally arrived at Toowoomba where we had lunch with many of the other passengers. 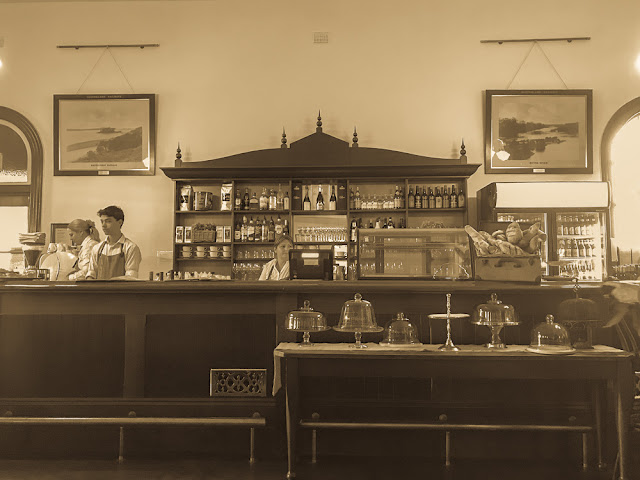 Lunch was served in the old dining room on the station. I should mention here that passenger trains no longer go to Toowoomba except for these special outings of the old locomotives. So the station is like a museum. Coal trains still use the line. 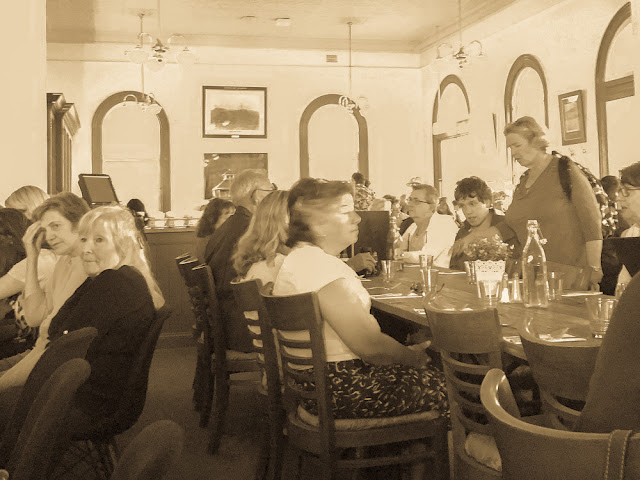 After lunch we boarded buses to visit some gardens, which I'll show on my next post. 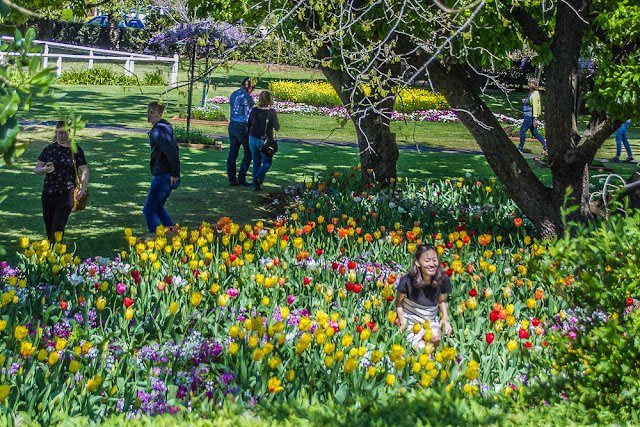