Last week we went to a four day reunion at Caloundra, a beachside suburb on the Sunshine Coast just a one and a half hour drive from home.   It was a small group of us, who all belonged to the Pt Moresby Judo Club in Papua/New Guinea in the early sixties. A few years ago we found each other again and we have had reunions nearly every year. Unfortunately, Charles and Penny couldn't join us this time because Charles isn't well. 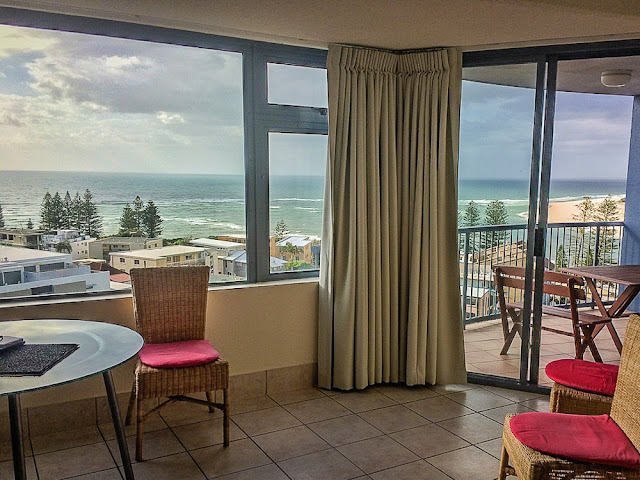 We stayed in the Centrepoint Apartments. The view was pretty good. 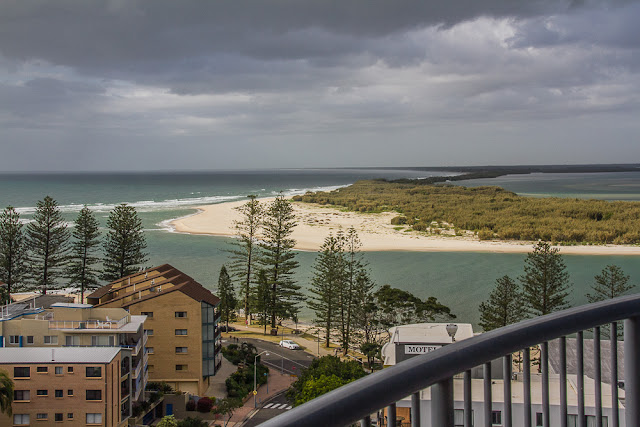 We overlooked the tip of Bribie Island. The weather wasn't the best when we arrived. 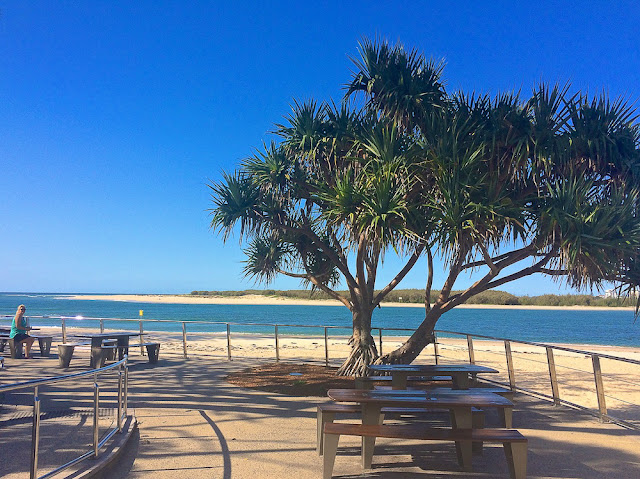 The next morning was better when we strolled down to the beach. 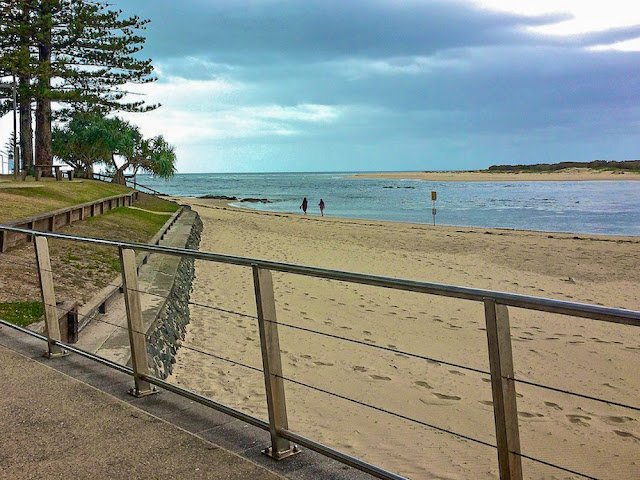 This is the end of Pumistone Passage. The main Surf Beach, Kings Beach, is just around the corner. 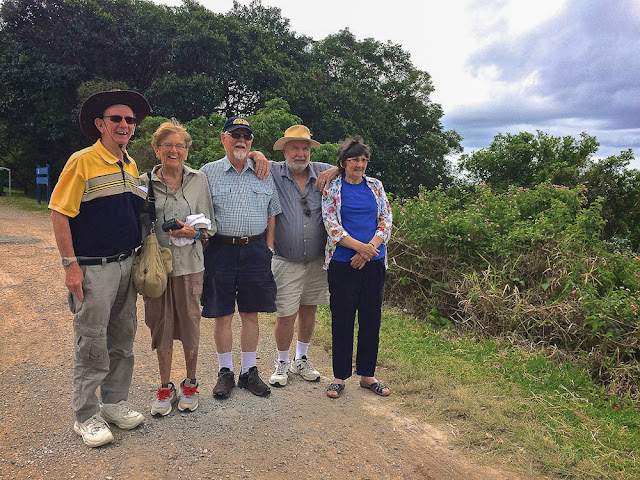 Later we went for a drive into the hinterland. Martin, Del, Bill, Graham and Dianna at a lookout on the way to Maleny. 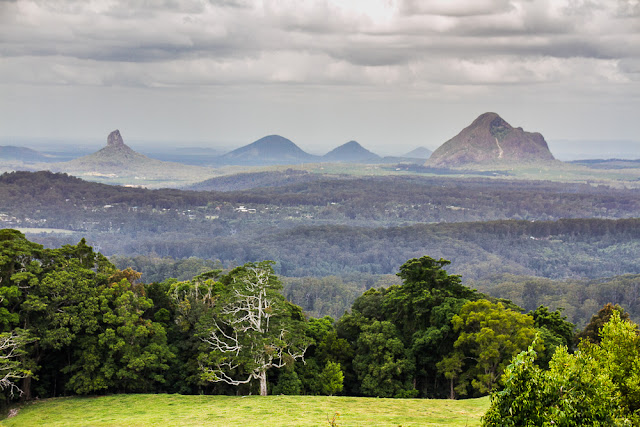 The view of the Glass House Mountains from Mary Cairncross Lookout. They are not really mountains but cores of ancient volcanoes. 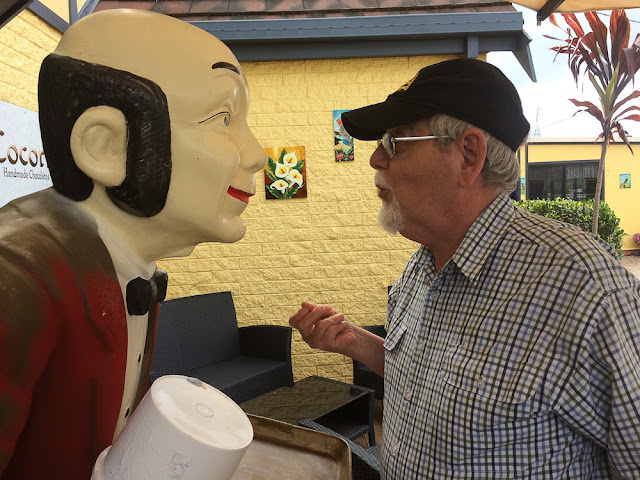 We stopped at a French Restaurant for lunch near Montville. Bill had a chat to the waiter in French. 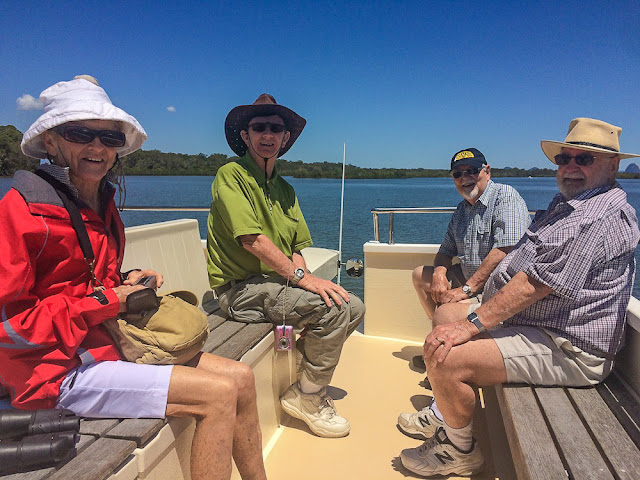 The next day we went for a cruise on the Pumistone Passage, we went upstairs and sat in the warm sun. We caught up on all our news from the past year. Del and Martin on the left were the ones who organised the outings for this reunion. 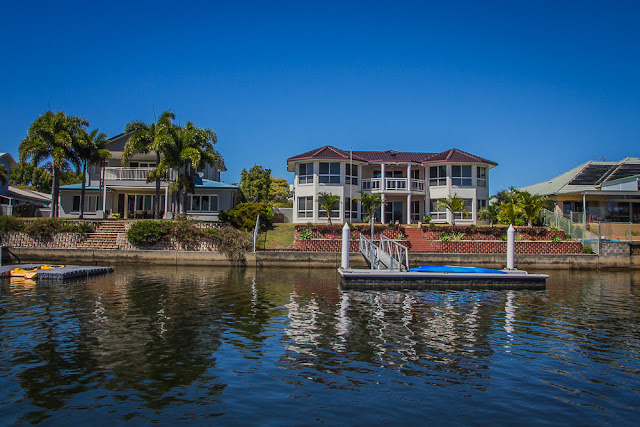 After a relaxing cruise past Bribe Island, checking out the birdlife, we came back to where there are million dollar houses lining the canals. 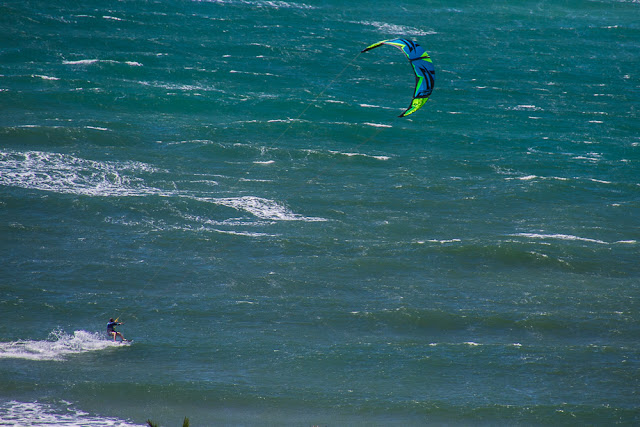 On the day we left the wind was blowing hard. The sea was churning and the kite surfers were having fun. It was nice catching up with old friends from long ago.