Birthday Bear knows that Bill enjoys train trips and that he is going on two train trips in New Zealand next week when it will be his birthday. So we had an early Birthday Bear celebration at a new Indian Restaurant in Daisy Hill called "Tumeric". 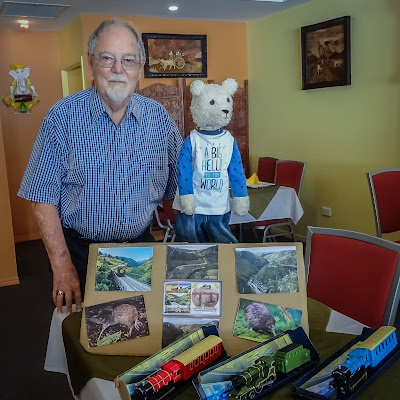 Birthday Bear had made a poster of The Taieri Gorge train trip so Bill can see where he will be going  but best of all Bear brought three trains so Bill and Bear can play trains at home. 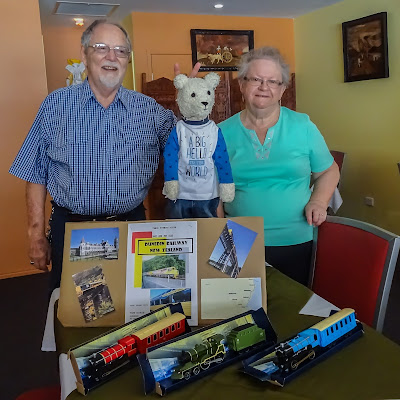 Ann helped Bear get dressed and organise the poster and trains. This side of the poster shows the beautiful Dunedin Railway Station, the train, some high bridges and a map.
(Its making me excited about going.) 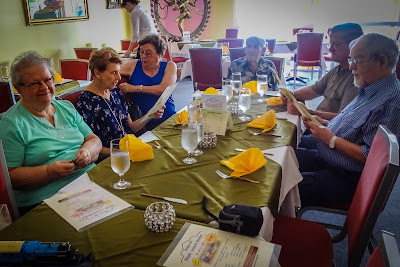 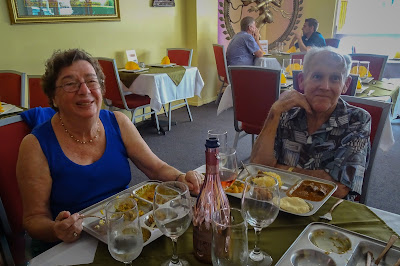 The meals were served in these interesting dishes with separate compartments. It is lovely to see a smile on these two people, who are going through a hard time coping with Paul's cancer. 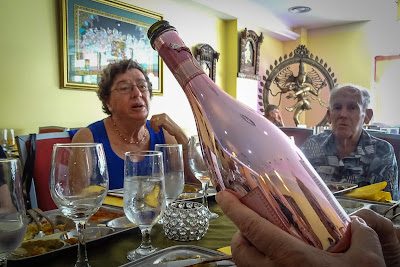 Not only was it a birthday celebration but out came the champagne for Ann and George's 50th wedding anniversary. 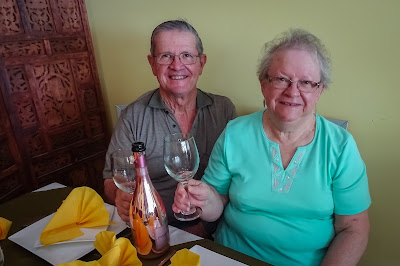 Congratulations Ann and George.
Posted by diane b