OVER THE OCEAN TO A NEW LIFE

Our trial run at making a new life in Switzerland in 1970 had come to an end. We decided that getting jobs, buying a house and starting a family would be easier in Australia. As we wanted to take our new car back to Australia, we boarded the Marconi ship in Genoa and with a ship load of Italian and Yugoslavian migrants we sailed for Australia. 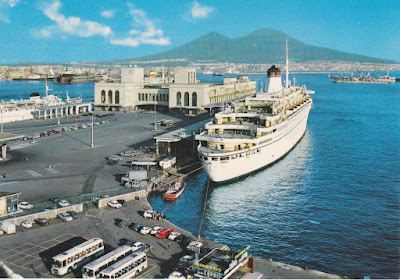 After being held up in Genoa due to a strike by the crew, we eventually arrived in Naples. 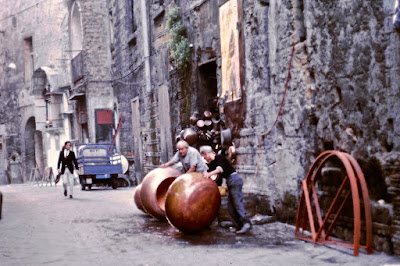 I had always had romantic ideas about Naples after I had an Italian boyfriend from Naples when I was at college. I had acquired a taste for the food and music. 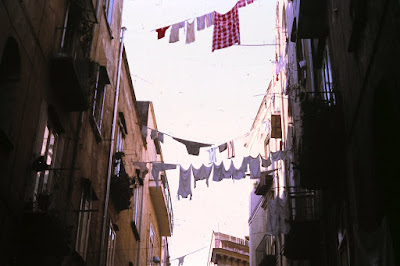 In the morning we went for a walk through the streets It was a bit off-putting to see public urinals in the open, just a hole in a wall. 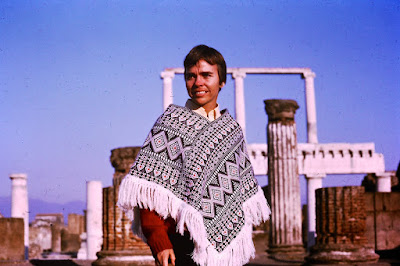 In the afternoon there was an organised tour of Pompeii. We didn't expect this so it was a nice surprise. It was interesting seeing how the town had been built. The wall murals were also very interesting from so long ago. The museum was amazing. There were  mummified bodies still in the position that they were when the molten lava covered them. With more Italian migrants aboard we set sail. 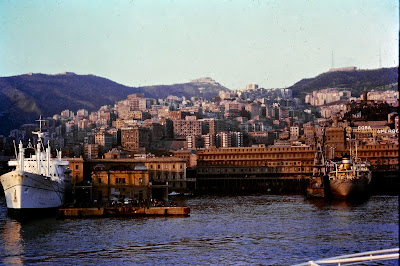 We sailed through the night and docked in Messina in the morning. 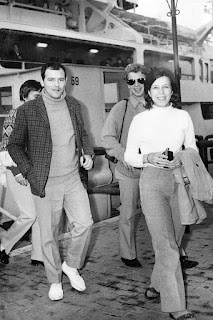 By now we had made friends on the ship with two swiss families. We enjoyed sight seeing Medina with Rene and Silvia. More Italian migrants boarded. 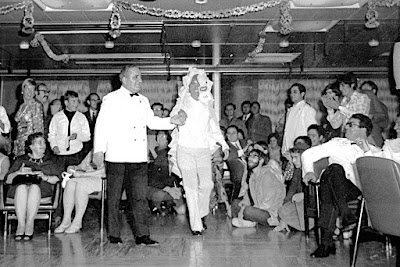 One evening there was a fancy hat competition. I draped over my head a whole lot of toilet tissue segments stapled together diagonally. 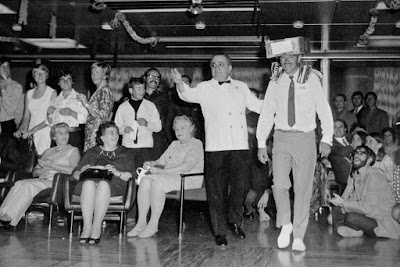 Bill had a Coco Cola box with coke cans hanging from it.

Ship board life was relaxing and fun until some drunken louts threw some deck chairs overboard then there was struggle to find one to lounge in. Our next stop was supposed to be Las Palmas in the Canary Islands but due to the crew strike putting us a day behind we sailed right past and onto Durban. We had to sail around Africa because the Suez Canal was closed. It was blocked with sunken ships left over from the Middle East war. 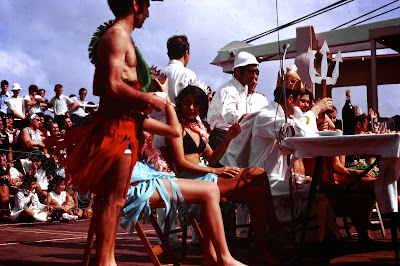 We enjoyed the Equator Crossing ceremony and it brought back memories of when I was a child migrating to Australia. People were covered with milk, spaghetti, flour and raw eggs and then thrown in the pool. 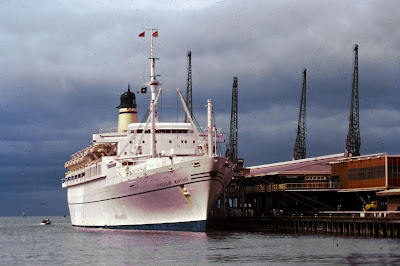 After about 12 days we finally docked in Durban. We were keen to feel our land legs again and have a restaurant meal for a change from the usual ship food. 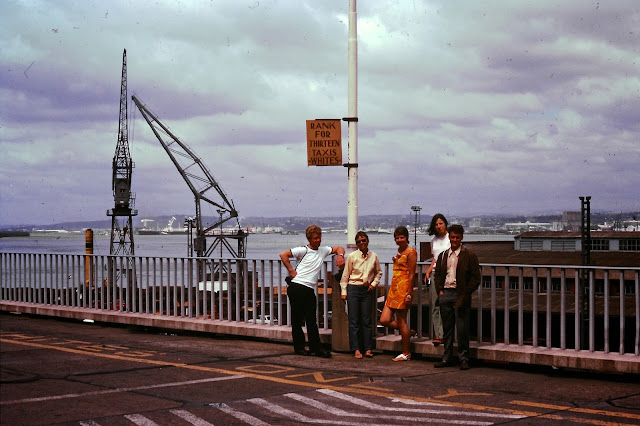 We went exploring with new found friends, Silvia, Rene, Ueli and Janet from Switzerland. They were migrating to Australia. Bill enjoyed teaching them how to "shout a beer" Aussie style. I helped them learn English. We felt uncomfortable complying with the apartheid signs  "Bank for Thirteen Taxis Whites." Then it was back on the ship for another week of nothing but oeean We played deck sports and relaxed with friends. 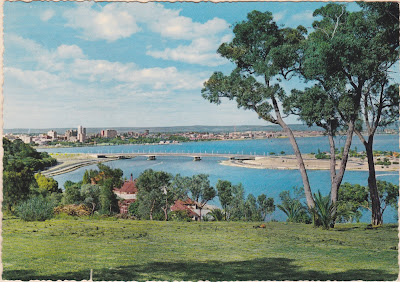 I was excited to see Australia come into sight. It is always a great feeling to come "home". We landed in Fremantle and caught a Taxi to Perth. We helped our Swiss friends learn some Aussie ways and Bill helped one guy find accommodation and a job. 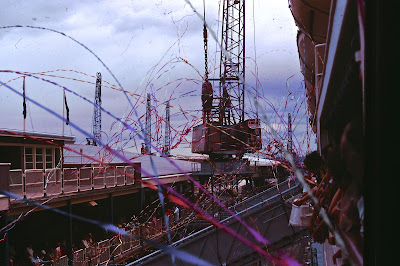 Then it was on to Melbourne. The ship did a bit of rocking and rolling across the bight but we were used to it by now. The crew went on strike again so we had an extra day in Melbourne sight seeing. When we left for Sydney the streamers came out.

Finally we reached Sydney our destination for a while. My parents and brother's family met us when we disembarked. I must have been too excited to take photos as I can't find any. 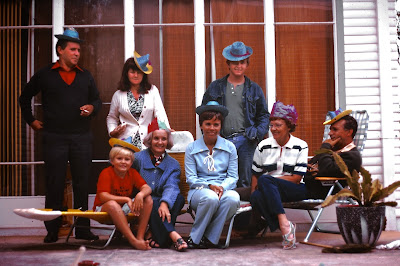 It was the 24 December 1970 when we arrived so in two days time we were celebrating Christmas with my whole family. My brother's family were home from Papua New Guinea too. 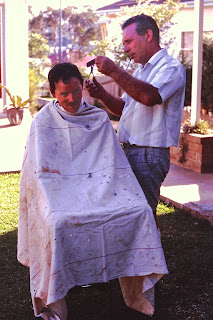 My dad giving Bill a much needed haircut after a month on the ship. We rang the Port Authority to see when we could pick up our car. After days of ringing we were told the car was not there and could still be on board the ship on its way to Fiji. Needless to say this was a bit disconcerting. However, my dad had a contact on the wharf and  within a few days the car had been found and we could collect it.
It was great to be home but where to now?
This post was updated after reading the comments.
Posted by diane b

Email ThisBlogThis!Share to TwitterShare to FacebookShare to Pinterest
Labels: Genoa to Sydney 1970., Marconi, My Story