VISITING MY HOMELAND IN 1970

It was 1970 and we were living in Switzerland but we went to England to visit my old home, where I was born, my relatives and my parent's friends.

We put our car in for a service and then we did a lot of sight seeing in London by bus and tube. It was fun finding our way around. We went to Madam Tussaud's Waxworks, the National Museum and Earls Court.

We found our way to Forest Gate by train to visit my only remaining grandparent. When I left England 21 years before, I said goodbye to my four grandparents when I was six, and never saw them again. Now that I'm a grand parent, I realise how hard that must have been, especially for my Dad's parents because he was an only child.

Well here we were at my Dad's Mum's house. She opened the door and said," I don't know who you are but come in anyway." I started to explain who I was but soon became aware that she had dementia and was very confused about who I was. The closest she got was that she thought I was her son's wife. It was so sad. In 1965 when my parents returned home for the first time in 15 years my dad had tried to get his mum to come to Australia but she refused and just wanted to stay in her own home. So he organised social workers to take care of her. She also had church members check on her. However, she would open the door for anyone and some people had stolen many of her belongings. There were still photos of me in frames but she still didn't know who I was. We sadly said goodbye and caught a bus to South Woodford to where I used to live. 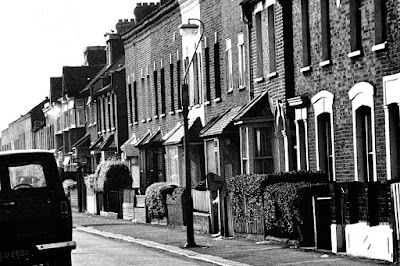 My Granny's house was the next one along past the lamp post. Its fun to look up Google Map's Street View  now and see how it looks today. 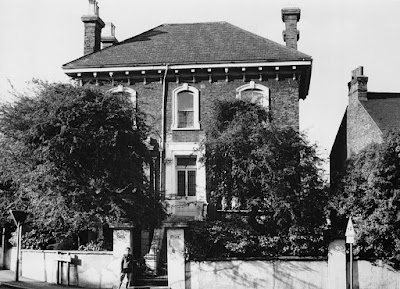 This is Eagle House where I lived in the top floor flat. Just recently my blog friend Marie visited the house as part of her "Above the Underground" challenge. You can see her post here: South Woodford 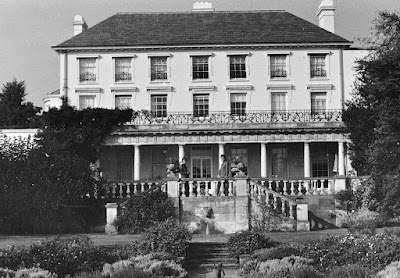 When we got our car back we drove to Ascot to meet a friend of Bill's mother. Marianne was a Swiss Au Pair for the Pulimbo family who lived in this mansion. The owners were not home so Marianne took us for a tour through this magnificent house. We were blown away by the gold taps, the opulent furniture and the art works. She showed us where the queen had been entertained. 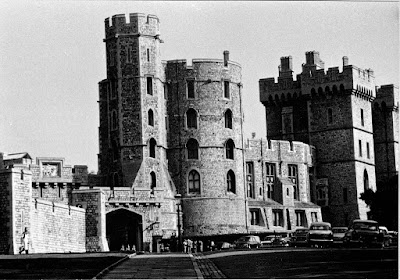 We motored on to Windsor Castle and did a tour of the State Apartments. Once again we were impressed with the paintings.We went on to visit Stratford on Avon and then back to the hotel. Where we rang my mother's best friend in Burnley. We left the next morning to travel to the north country and stay with Mum's friends, May and Charles. 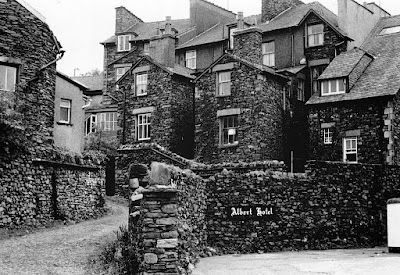 After staying in Burnley for a few days we went on to the Lake district which is such a beautiful area. I loved the houses made from stones.


In Yorkshire I contacted my Uncle Gil. He apologised for not being able to put us up as they were renovating so he took us to a posh hotel in Doncaster instead. We had a lovely dinner and a long chat. 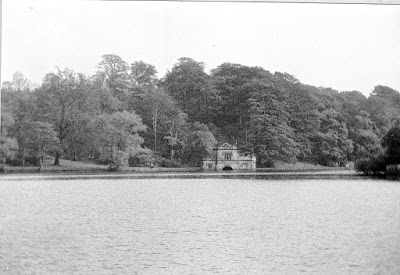 The next day I was excited to visit Newmiller Dam, where my mother grew up and Wakefield, where I was born. So we had a look around Wakefield  and then went to the dam. My mother used to swim in summer  and skate in winter here. 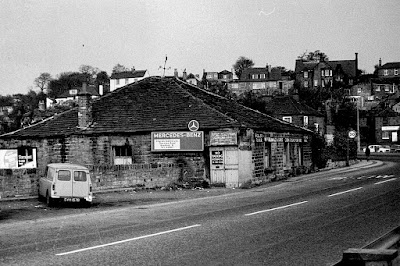 I couldn't remember where my granny's house had been. My parents told me it had been knocked down to build an estate. 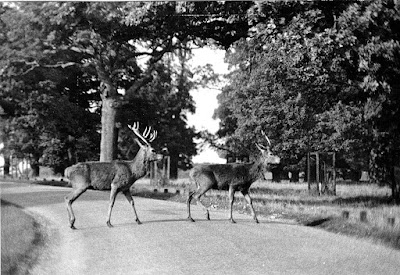 We drove back to London, stopping at Woburn House for a tour. It was the home of the 13th Duke of Bedford. The grounds were beautiful. 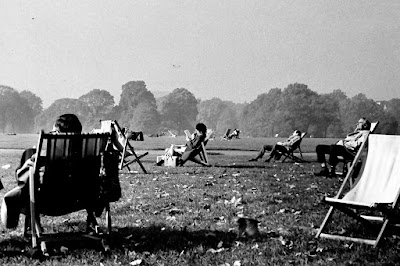 Back in London we continued exploring. We visited Hyde Park  and got a shock when we were asked to pay to sit in a deck chair. 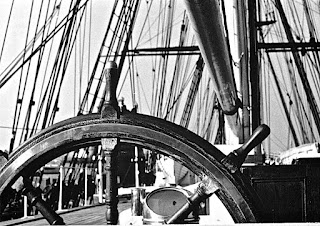 In the afternoon we went to Greenwich and  visited the Cutty Sark and Gypsie Moth yachts. We walked through the park to the observatory and stood on the Meridian 0°Longitude. 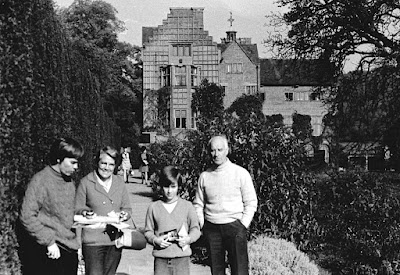 I contacted more friends of my mother's, Edie and Percy who took us to Chartwell House. The house where Winston Churchill lived, which is a museum now. 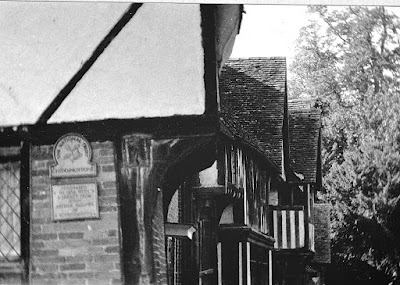 They also took us to see Penshurst House in Kent . I loved the architecture of the old houses.
I was very happy to have been able to visit my homeland but I was also happy to be returning to live in Australia. I didn't feel English, I felt Australian.
Posted by diane b

Email ThisBlogThis!Share to TwitterShare to FacebookShare to Pinterest
Labels: England 1970, My Story