We had been living in Switzerland for three months when Bill decided that he wanted to return to Australia to live. I didn't need any convincing as I realised it would be much easier for me to work in Australia and also much easier to buy our own home. It would cost millions to buy a house in Switzerland. Bill also found the lay back, fun loving, friendly Australians were easier to work with than his Swiss counterparts. We wanted to take back our new car so we made a booking on the Italian ship the Marconi for the 24th November. That was another three months away.
In the meantime we had promised Bill's mother to take her to England with us. (His Dad didn't want to come). She had never been there. I was keen to return to my homeland and see the places where I was born and where I had lived. It was 21 years since I had migrated to Australia as a seven year old.

We bundled Mutti into the car with a few suitcases and off we drove through Switzerland, Germany, and Belgium. We stayed in Brussels for the night.

In the morning we drove to Oostend to catch the ferry across the Channel to Dover. We had to wait a while and I was hungry. The only thing on offer at the dock was fast food. I bought a greasy sausage. (Bad decision) The crossing was very rough. The ferry was slamming down and soaring up over the choppy waves. It wasn't long before I felt ill and the sausage and I parted company. I was so embarrassed, I had never been sea sick before. We drove from Dover into London. Mutti was excited, Bill was hungry and I was seedy. It took us a while to find St James Hotel no GPS then. We took a tour bus to show Mutti the sights of London. We saw Piccadilly Circus, 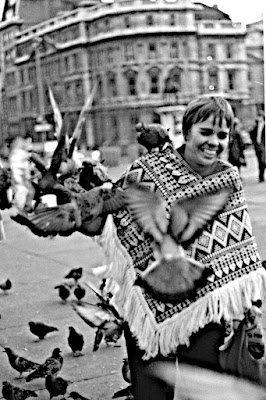 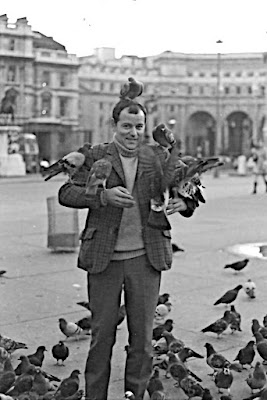 Back then, it was the thing to do, to feed the pigeons. 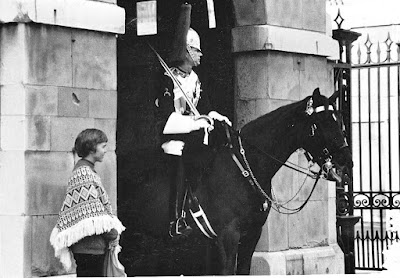 The queen's guards at Whitehall. 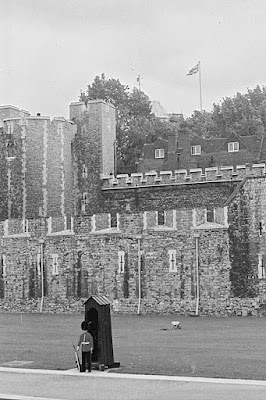 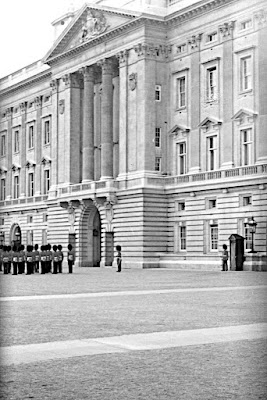 We saw the jewels in the Tower of London and watched the changing of the guard at Buckingham Palace. 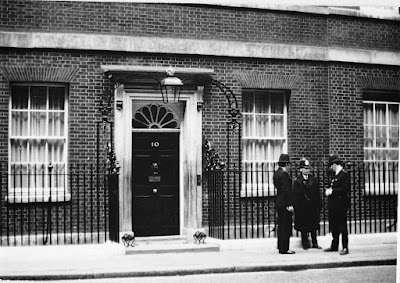 We visited 10 Downing St and the houses of parliament.

Bill's mum had to return to work in Switzerland and we arranged for her to fly back. We took her to Heathrow Airport where we discovered there was a security alert because it was when planes had been hijacked. So we were not able to see her board the plane. We were worried because she hadn't flown before and she didn't speak English. Later that day we rang Bill's Dad, who said she hadn't arrived. Panic. We learnt that the plane had been delayed two hours.That night we rang again and we were relieved to hear that she was home.
Now we had a lot of England to see and many friends and relatives to meet in the next two weeks.

Email ThisBlogThis!Share to TwitterShare to FacebookShare to Pinterest
Labels: London in 1970, My Story