CAMPING ON THE CONTINENT IN 1970 While we were living with Bill's parents in Switzerland, they had their annual holidays and they asked us if we would like to go camping with them. Bill said his parents went camping every year usually to the Italian Riviera but this time they were going to Austria. I was quite excited about seeing another part of Europe. We left Thun and drove through Luzern, Lichtenstein and over the Arlberg Pass where there was fresh snow. Then we arrived in Insbruck. We found the camp site and put up out tents. It was very cold with snow on the mountains not far away.We went into the pretty town surrounded by towering mountains. We had the biggest veal schnitzel at a restaurant, which had folk dancing and singing 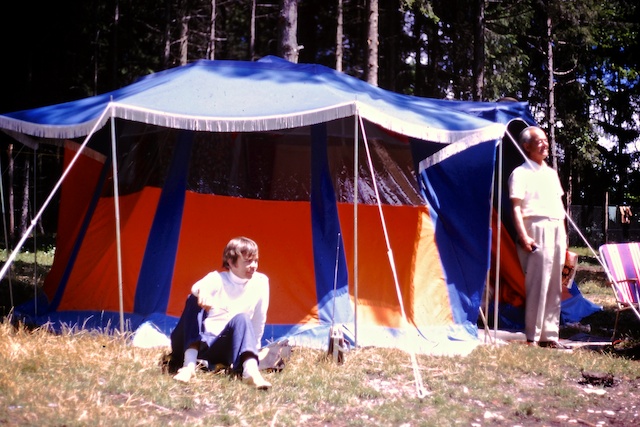 Trying yo warm up in sun. 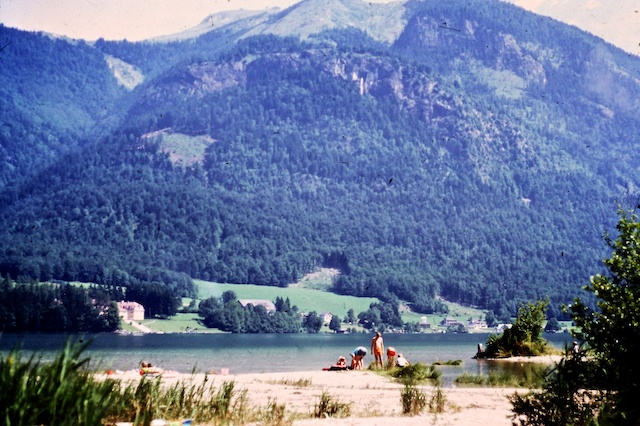 The next day was warmer and we went to the beautiful Lake Wolfgang where we found another campsite. People were swimming in the inviting clear water.  I hadn't been swimming for ages and I thought that I would enjoy this. I ran across the sand and plunged into the lake. It took my breath away and I'm sure my heart stopped for a few seconds. The water was icy cold. I swam a few strokes but soon turned around and headed for the shore. I had never felt water so cold. I was used to the warm tropical waters of PNG. 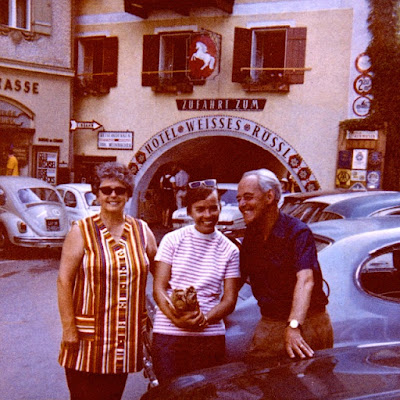 We went on a day trip to the town of St Wolfgang and visited the famous "White Horse Inn". My inlaws had warmed to me and we had fun even though my Swiss German was very little. 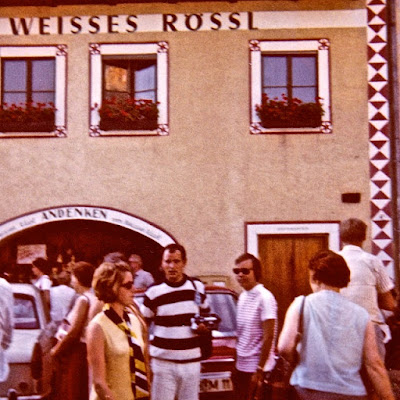 We weren't the only tourists. We returned to the campsite and that night there was a ferocious thunder storm. We had to hang on to the tent poles to stop the tent blowing away. There is nothing worse than a storm in the mountains. 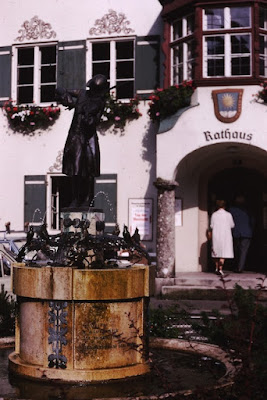 The next day we went to St Gilgen where there was a statue of Mozart in the square.

Another day we went to Salzberg.

The weather was not the best so we packed up and drove to Munich in Germany. It was much warmer and the camping ground was crowded. It was fun walking around Munich. I couldn't get over how old some of the buildings were, especially the old town wall and gate built in the 1100's, that was 600 years before Australia was discovered.


We journeyed onto Rorschach on the Bodensee, the lake where three countries meet. Switzerland, Germany and Austria. It seemed funny to me to be able to have breakfast in Switzerland, lunch in Germany and dinner in Austria. 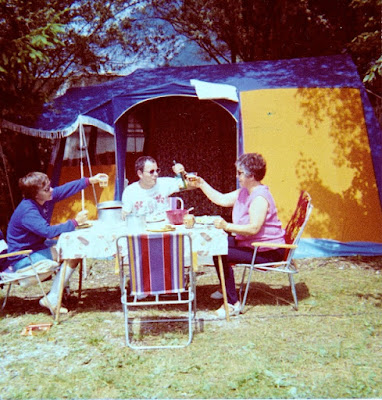 While we were there we joined in the celebrations for Swiss National Day on Aug 1st. In the evening kids had a lantern parade to a huge bonfire and then there were fireworks. After that we joined in with other campers for an evening drink and chat, which I found difficult to follow. I didn't drink alcohol in those days but luckily there was some nice fruit punch available so I drank that all night. Soon I was very tired and since I couldn't understand the conversation, I decided to find my way back to our tent in the dark. When I stood up the world began to spin and I was wobbly on my legs. Bill said, "What have you been drinking?" "Just fruit punch," I answered. After a brief Swiss conversation with our new friends, Bill laughed, "It was made with Kirsch, a strong Swiss liqueur." I staggered back to our tent tripping over guy ropes on the way and finally collapsed onto my stretcher. If I opened my eyes the tent was spinning around and around . This was the first and last time I ever got drunk. 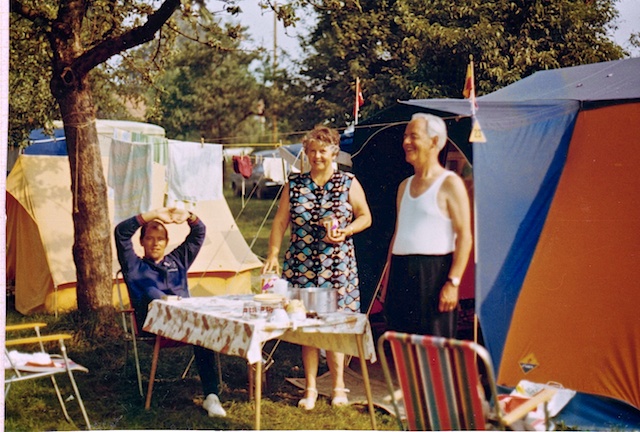 The next morning we all had sore heads. The men were invited for a boat ride across the lake to Austria for a drink while the women cleaned up, we were not impressed.
The following day it was time to head home to Thun. We went via St Gallen past the lake of Zurich to Küssnacht where the legend of William Tell took place. We walked through the Hole Gasse (a forest track) where Tell shot Gessler. It was very pretty and historic.
We drove over the Brunig Pass and down to Interlachen and Thun. After travelling around Switzerland, I think Bill comes from the most beautiful area, the Bernese Oberland.
Bill's parents went back to work and we had to think about our future but there was more to do and see yet.
Posted by diane b

Email ThisBlogThis!Share to TwitterShare to FacebookShare to Pinterest
Labels: Austria in 1970, My Story