In 1970 Bill and I went to Switzerland, his homeland, with the intention of staying for at least two years and maybe forever. I was a bit apprehensive as I would have to learn the language if I was ever to get a job there. I had no idea if the authorities would accept my Australian qualifications. However, being young and adventurous and with no worries we decided on a holiday first  before looking for work.

We lived with Bill's parents, who were keen to show me their beautiful country. We made many trips to many parts of Switzerland and further. It was a magical time but I haven't got pics of all the places and people we visited. Some of the following photos are post cards which I collected then. It was great seeing the country with the locals, much better than being a tourist. 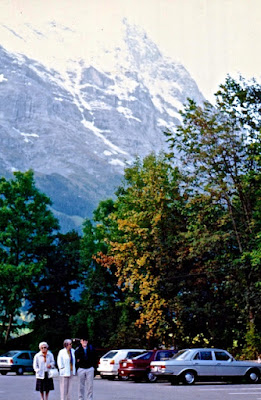 Bill drove his mother and aunt and me up to Grindlewald a lovely village in the mountains.  It was summer so the snow was only on top of the mountains and not in the village as it is in winter. I was gob smacked at how high these mountains were. 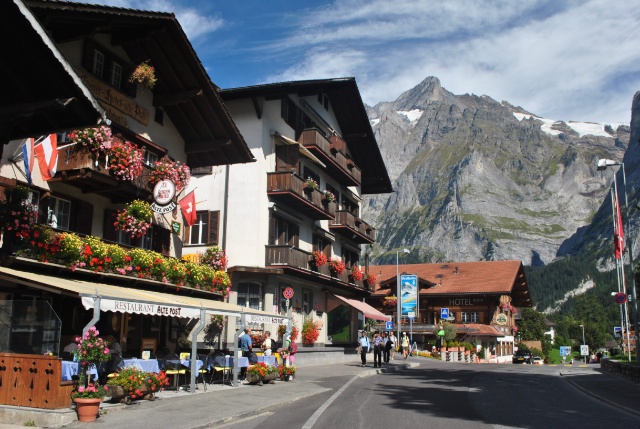 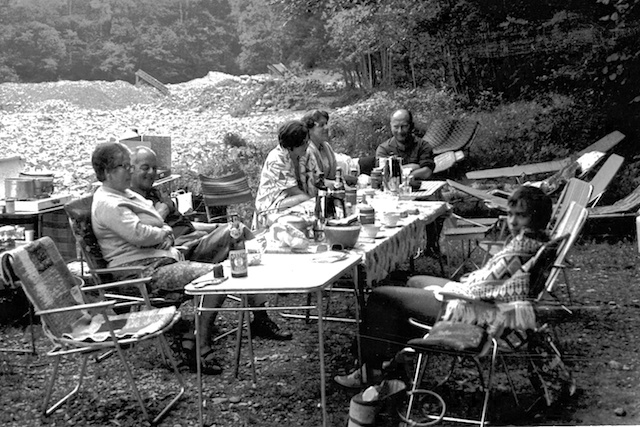 Another day Bill's cousin and family invited us to a picnic at Schwarzwasser. The weather was not the best but they had a plastic tent with a big sign saying,"Welcome to Switzerland."

Just coming from living in the tropics for seven years, I found it hard to get used to the cold weather...and this was summer. 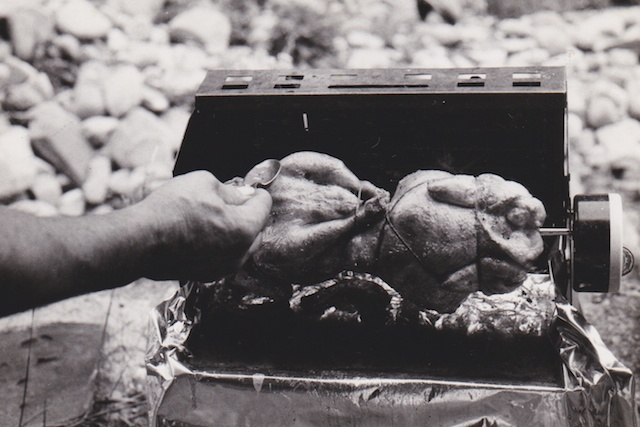 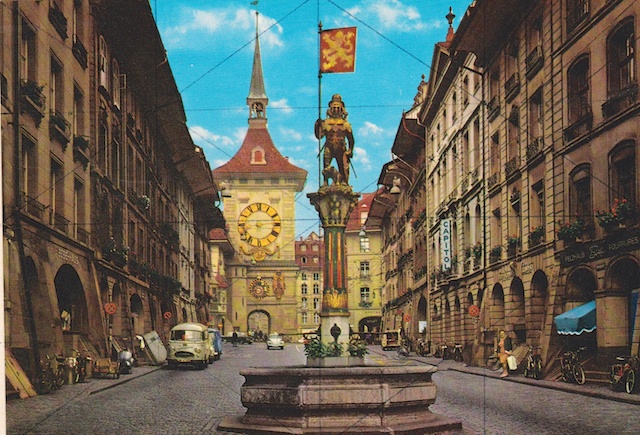 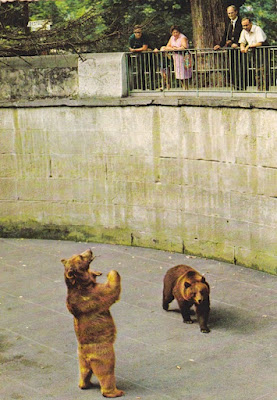 We visited Bern often as it wasn't far to drive. I loved the old buildings, the famous clock with revolving dancers on the hour, the street fountains and the very chic shops with under cover footpaths. We also visited the famous bear pit, where the bears begged for carrots. Even though the bears are the emblem for the Canton of Bern, I couldn't help feeling sad and shocked to see them kept in a bear pit. It did have a cave like enclosure for them to escape into at night or when they didn't feel sociable. It wasn't until many years later that a more humane park like enclosure was made for them. 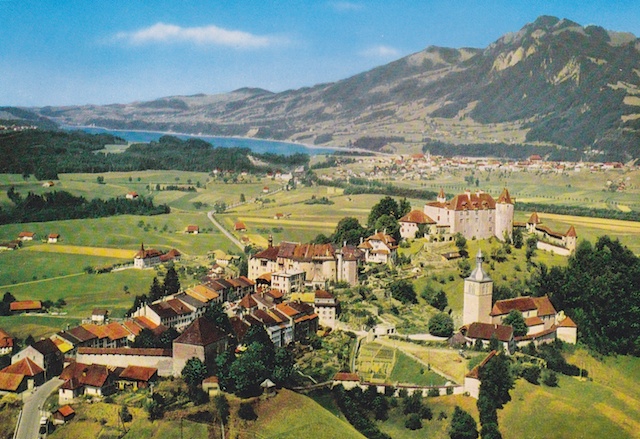 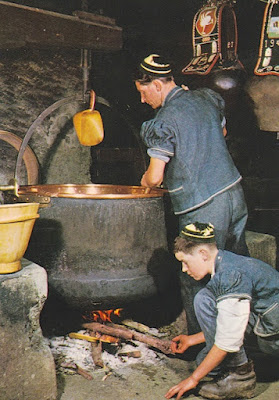 Another drive we took was to Fribourg and the tiny town of Gruyère, famous for its cheese. The roads were very narrow and closed to traffic but also full of tourists. We saw cheese being made in the traditional way.
On the way home we called into Gstaad, where famous movie stars live. It was a lovely town too. 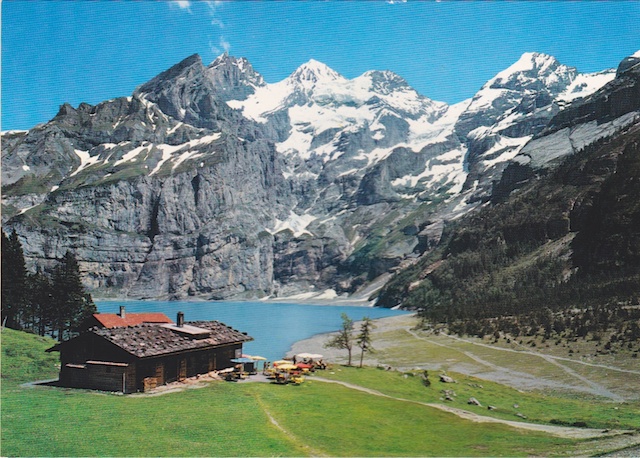 One of the most beautiful day trips was to Oeschinensee the highest lake in Europe. We had to take a cable car and chairlift. I had my heart in my mouth all the way. the scenery was stunning and swinging through the Alps exhilarating. 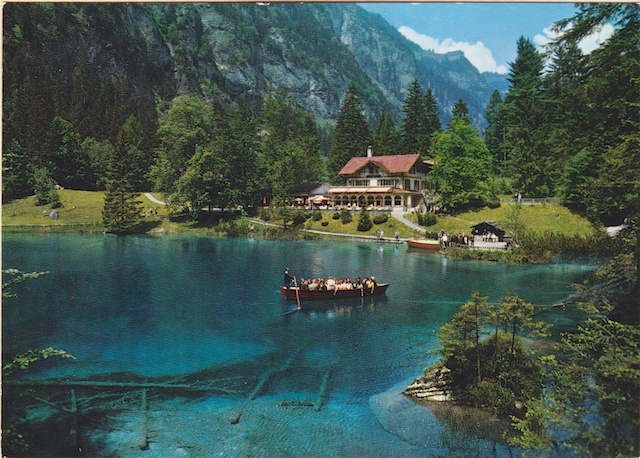 On the way home we stopped at Blausee where the water was an amazing dark blue colour. We went into this restaurant and had a trout lunch. Trout from the lake.

After many other trips to Biel, Basel, Zurich, Lucerne, Solothurn I finally convinced Bill to take me into the snow topped Alps. Would you believe I married a Swiss guy who doesn't like snow or skiing? This was something I would have to work on. 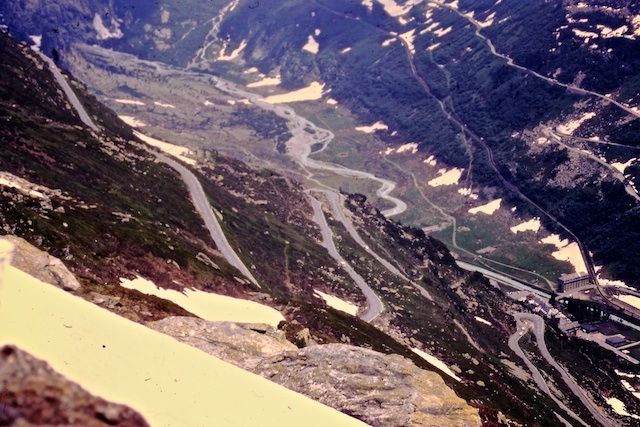 We drove up the most incredible narrow winding roads. We went over three mountains, the Sustan Pass, the Furka Pass and the Grimsel Pass. 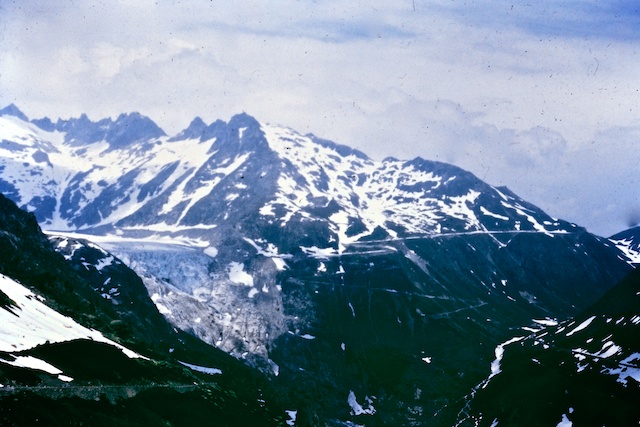 The road carved into the side of the mountain. 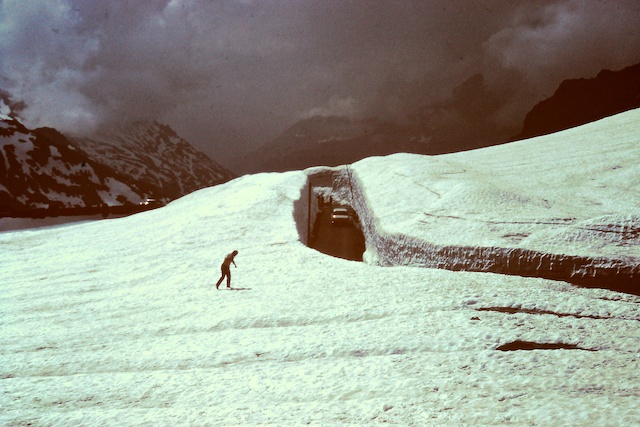 The roads had just been opened for the summer. The snow was metres high on each side. I played in the snow and slipped and slid down a hill. It was the closest I got to skiing this trip but in later years we went in winter and I did ski a little.
Days and months passed and Bill's mum kept suggesting that Bill should get a job...............(to be cont)

Email ThisBlogThis!Share to TwitterShare to FacebookShare to Pinterest
Labels: My Story, Switzerland 1970