(It is many months since I added to "My Story" and I must get on with it so I can publish it for my children before I 'pop my clogs'. If you are interested in reading any previous posts just click on the label "My Story")

Bill and I were married in May 1969 in Papua New Guinea where we had been working for some time. In December it was time for us to go "on leave down south", which is the term we used when we were going on holidays back home in Australia. In those days "home" for me was Sydney.

We had saved a bit of money since we were married and I suggested that we should buy a block of land in Brisbane so if we decided to return Bill would have a job and we would have somewhere to build a house. If we stayed in Switzerland we could use it as an investment. Bill was surprised at my suggestion because he never dreamt it would be possible for us to own our own land and house. This is because in Switzerland it was impossible unless you were very rich or unless you inherited land. or a house.

So, in December 69, when we went on leave we flew to Brisbane first before heading home to Sydney. We stayed in the Sunnybank Hotel because Bill had a work colleague, Fred, who was on leave also and he was living close by. Fred had a friend, who lent us a car while we were in Brisbane. We were dumbfounded with this generosity from someone we didn't even know. Later we were to discover that this is the nature of Queenslanders, they are friendly, helpful and generous people.

We put the little car into use by driving all over Brisbane visiting estate agents and looking at land for sale. 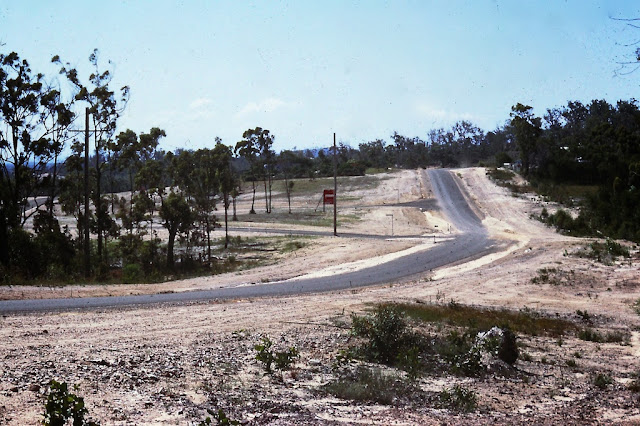 After viewing many houses for sale and blocks of land we finally decided on an acre block in the new suburb of Springwood about 20k south of the CBD. It was on Springwood Rd. 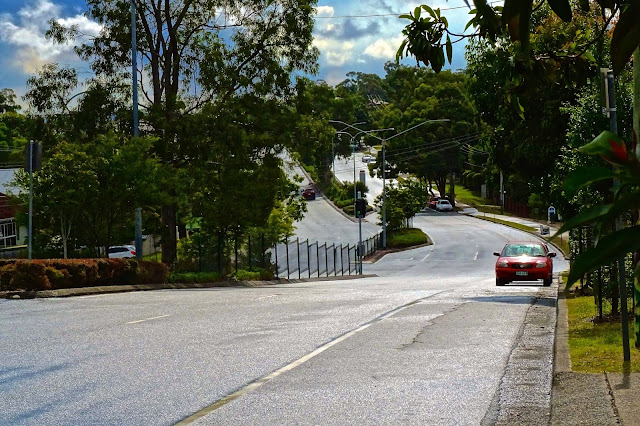 This is Springwood Road today taken from the same spot. It is now 4 lanes wide. There are traffic lights, a high school and wall to wall houses. 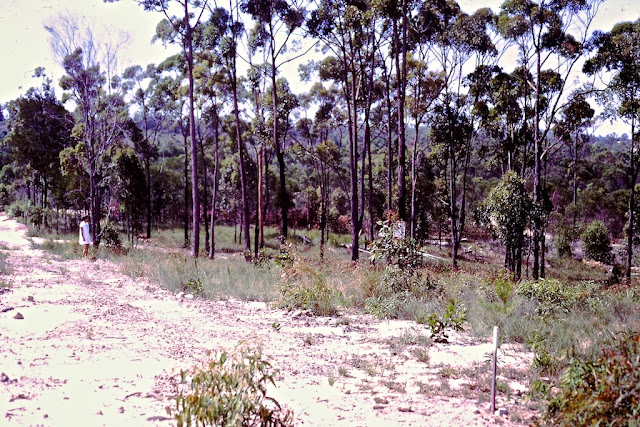 It was just native bushland but I thought it was beautiful and close to the city and close to the Gold Coast in a new and developing suburb and we weren't intending to live there for a while or maybe never if we stayed in Switzerland. This is me looking down the block it sloped towards a creek. 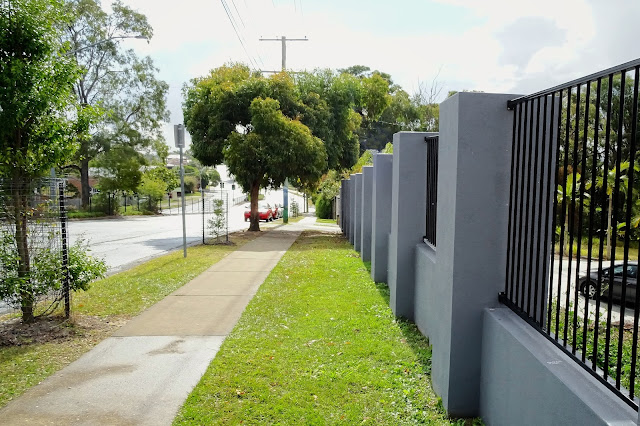 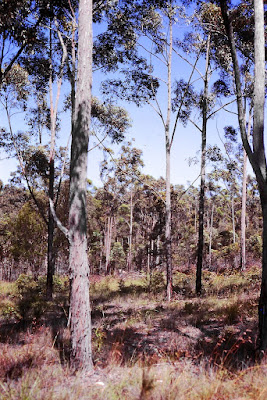 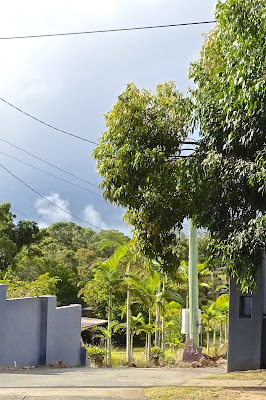 Our acre of land in 1969  and what it looks like today. (We don't own it any more. Incidentally we paid $2,700 for the land which is now worth hundreds of thousands because it can be subdivided. We sold too early.)

After we finalized the buying of the land we spent a few days sight seeing before flying onto Sydney. 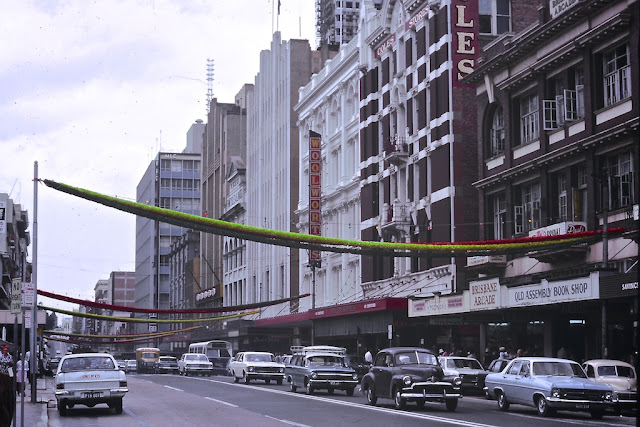 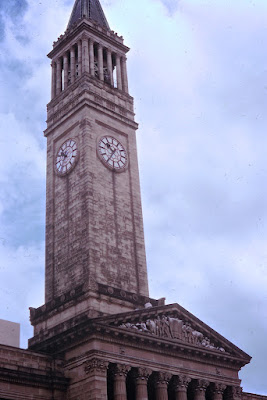 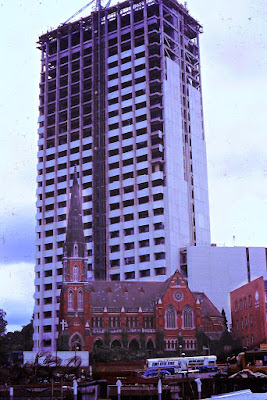 The City Hall was the tallest building, today it is dwarfed by towers. The first tower was being built then. It was the State Govt Insurance Building behind the beautiful church, which luckily has been heritage listed. It is the Albert St Uniting Church formerly the Methodist Church, built in 1888.

The city was like a big country town, much smaller than Sydney but I found the people friendly and thought it would be an okay place to live. Little did I know how much I would come to love Brisbane and become a proud Queenslander. 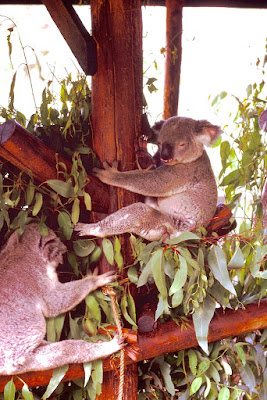 After looking around the city, we visited Lone Pine Koala Sanctuary.There were dingoes, emus, kangaroos and other native wildlife. Unfortunately the koalas are dying out due to humans taking away their habitat to build on. Cats and dogs are killing them as well as cars.

Email ThisBlogThis!Share to TwitterShare to FacebookShare to Pinterest
Labels: Brisbane in 1969, My Story