Many years ago, Bill and his friend Ben emigrated from Switzerland. After a while they went their own ways in Australia but met up again after they were both married to Aussie girls. We would visit each other regularly and play cards. The boys taught us Aussie girls to play their national card game called "Jass". It is a little similar to our card game called "500". Jass is played with a partner and after Lyn and I got the hang of how to play we used to challenge the boys. Needless to say we rarely won at first but gradually we managed to hone our skills and sometimes beat the Swiss boys at their own game. We were very proud.
Then Ben and Lyn moved to another part of Australia and we didn't see them for years. However, they have returned and we have continued to be friends and visit each other occasionally. This weekend they invited us to stay with them on the Gold Coast for the weekend. They are living in a tower overlooking the Broadwater. ( an estuary) 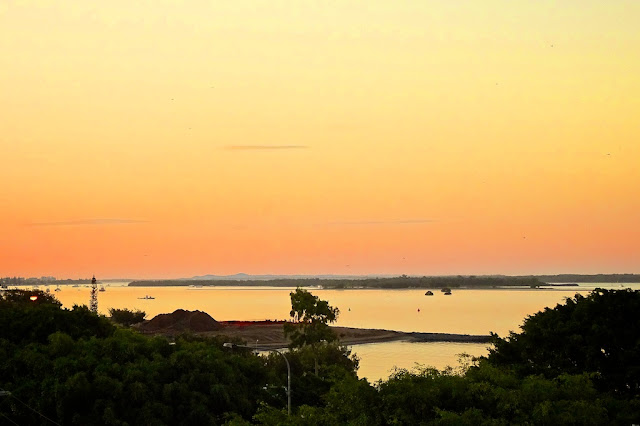 It was pretty watching the sun go down. 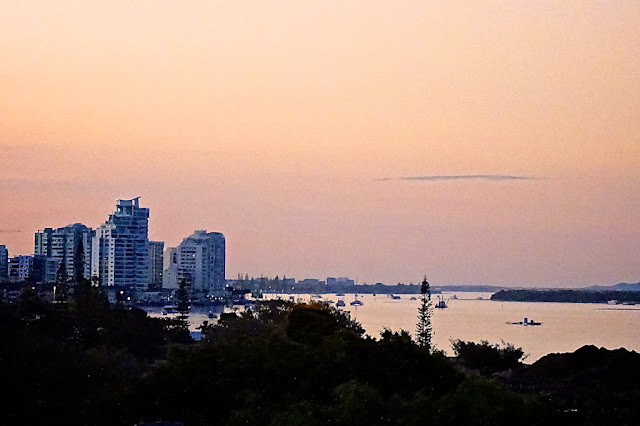 After dinner the cards came out and we had an enjoyable time. We were all happy with the result: Boys 2 ,Girls 2.

In the morning we saw the sun struggling to peep through the clouds. 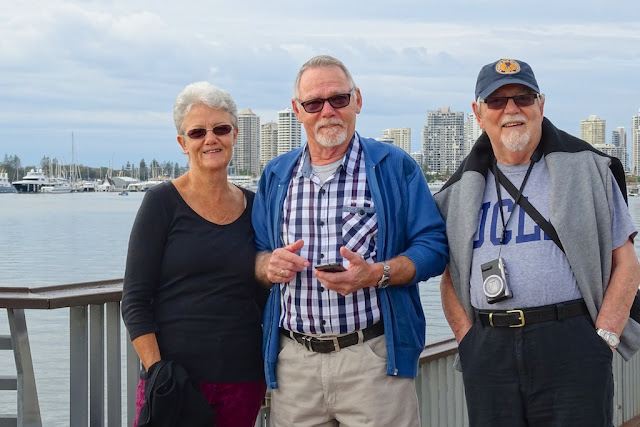 After breakfast, Ben and Lyn took us for a walk along the waterfront which has been developed into a lovely park and play areas for young families. Lyn, Ben and Bill, still mates since teenage years. 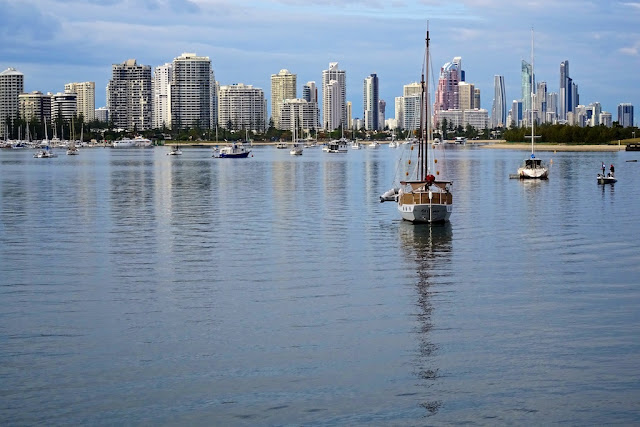 The ocean is on the other side of the towers. 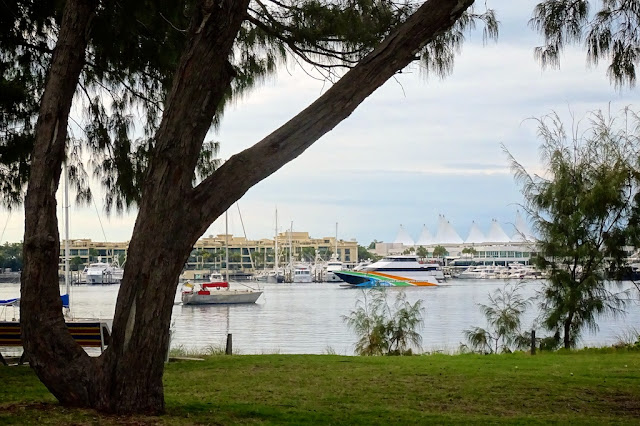 There are thousands of boats. This looks like a Whale Watching boat heading out. 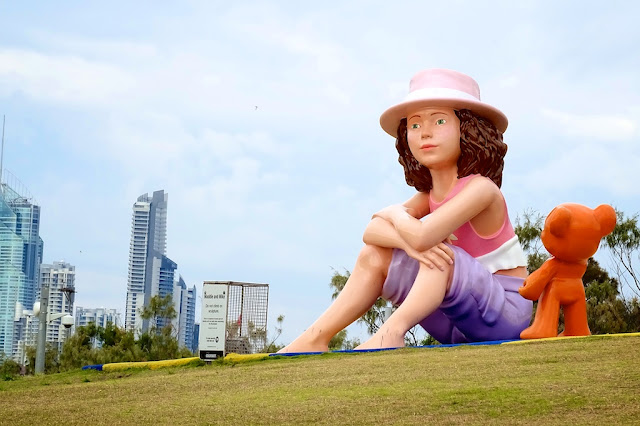 We turned around and headed back after we reached the girl sitting on the hill. It is a wonderful huge statue of Maddie and her Teddy by sculptor John Cox. 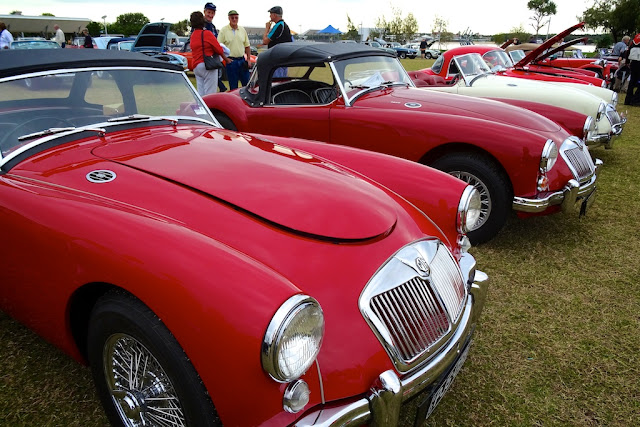 To Bill's delight we passed an MG show. Classical car owners turned up with a variety of MG's to show. Bill found his "first ever car" (the second one along). We also found an MGBGT like the one we used to own in PNG.

All too soon our Jass weekend was over and it was time to drive home.
Posted by diane b