ANZAC DAY is the special day when we remember the servicemen and women who fought in wars to protect our country. At dawn on  25 April 1915 Australian and New Zealand forces were landed on the beach at  Gallipoli in Turkey their task was to take the peninsula. Their mission failed and thousands of lives were lost.  Since then our servicemen have fought in other battles and have been more successful.
When I lived in Port Moresby in the 60's the dawn service was held at the Bomana War Cemetery. I was amazed at how young the soldiers were who died there fighting the Japanese in World War 2. 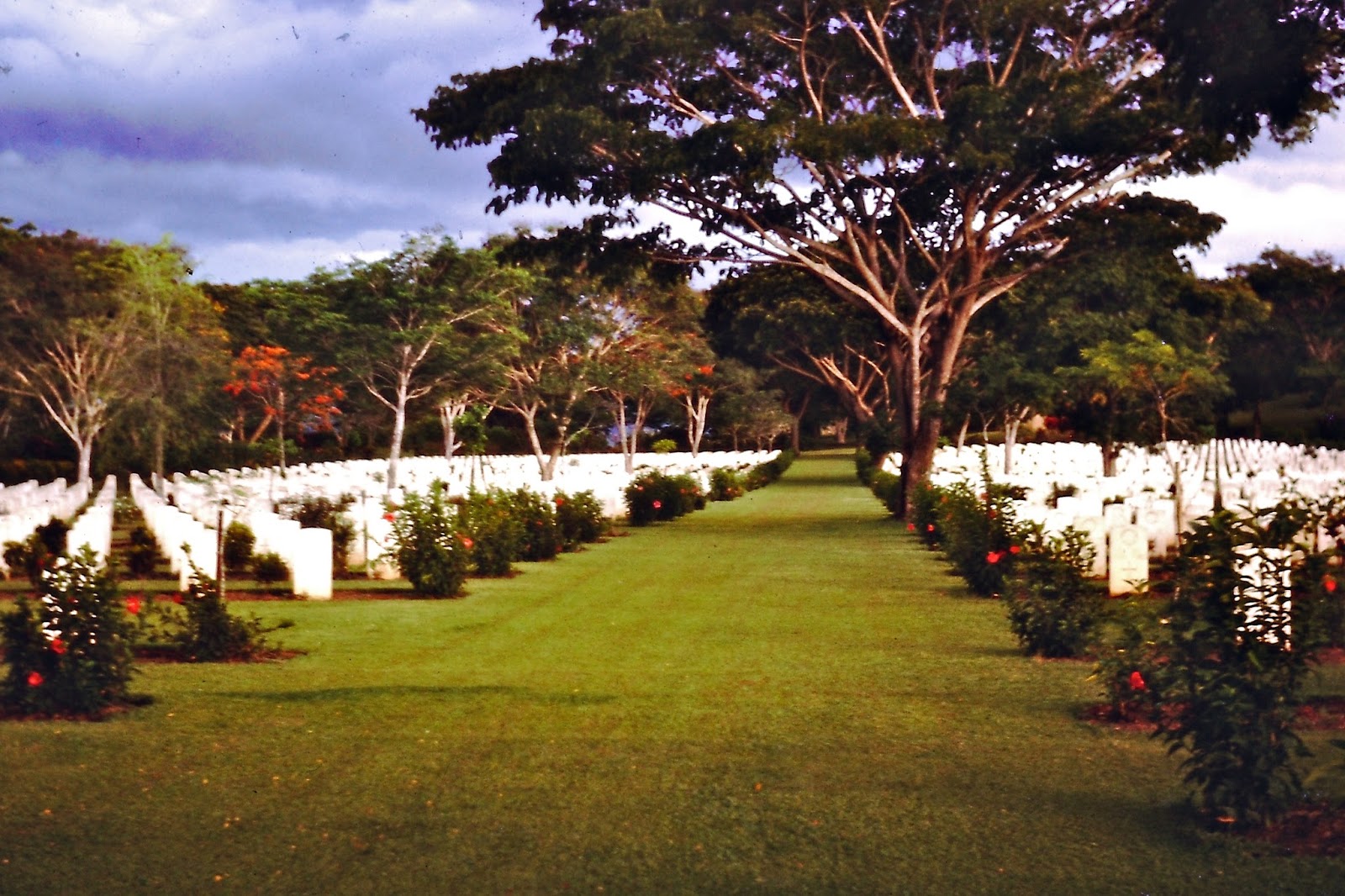 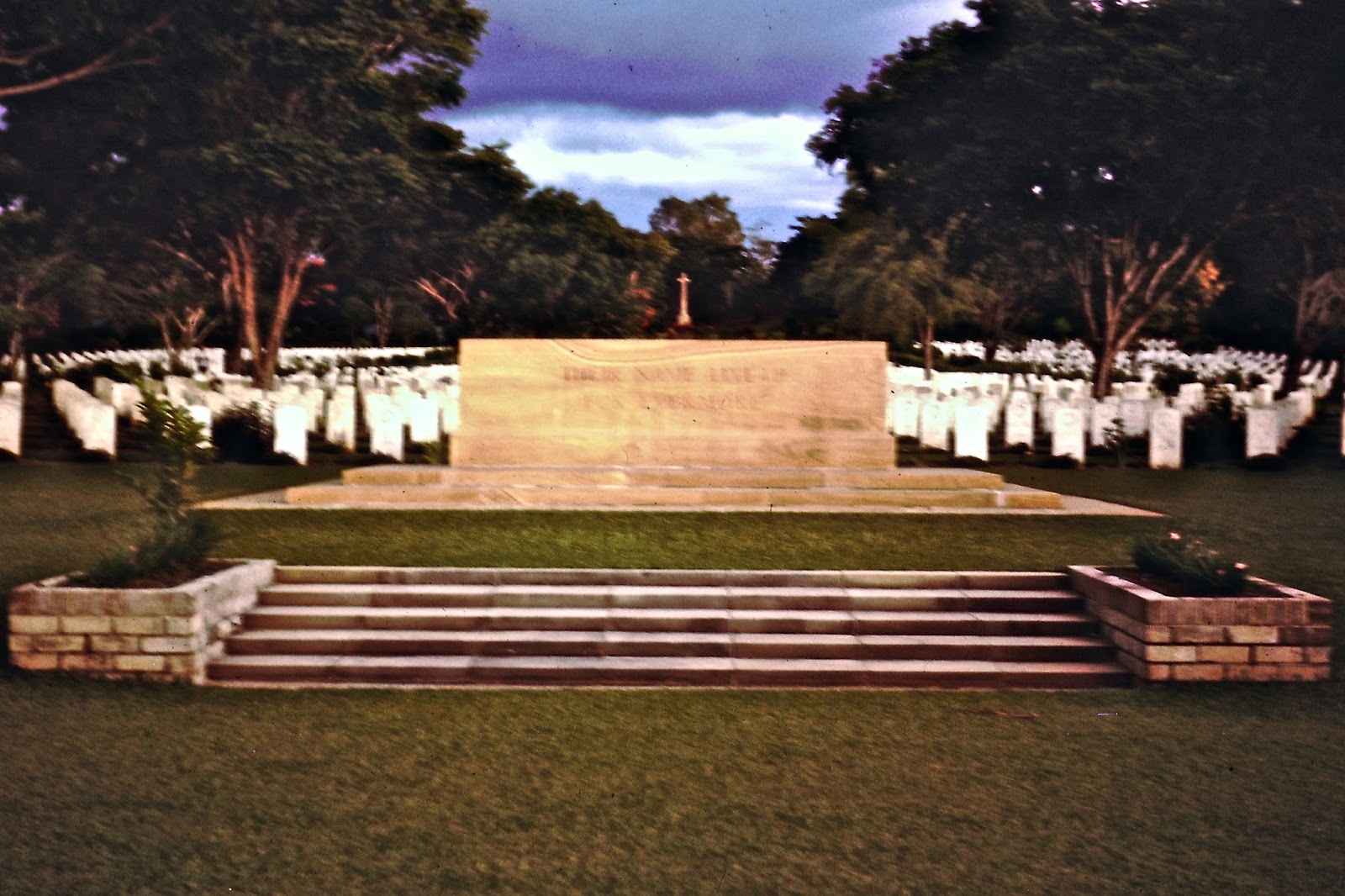 "THEIR NAME LIVETH FOR EVER MORE" is written on the wall.

In 1942 the Japanese invaded Australian administered New Guinea and Papua as well as Dutch New Guinea. The Australian forces were supporting Britain in Europe and Nth Africa at the time so new, inexperienced young soldiers were sent to New Guinea to try to repel the Japanese from taking Port Moresby from the north coast of New Guinea via the  Kokoda Track over the Owen Stanley Mts.
Eventually the Australian troops returned from Africa and the Americans arrived to help. After many battles and more deaths the allies managed to repel the Japanese on the Kokoda Track and Pt Moresby was never occupied. The allies retook the whole island of Papua and New Guinea. Many Australian and allied soldiers and airmen died and are buried here. The cemetery is not far from the southern end of the Kokoda Track. 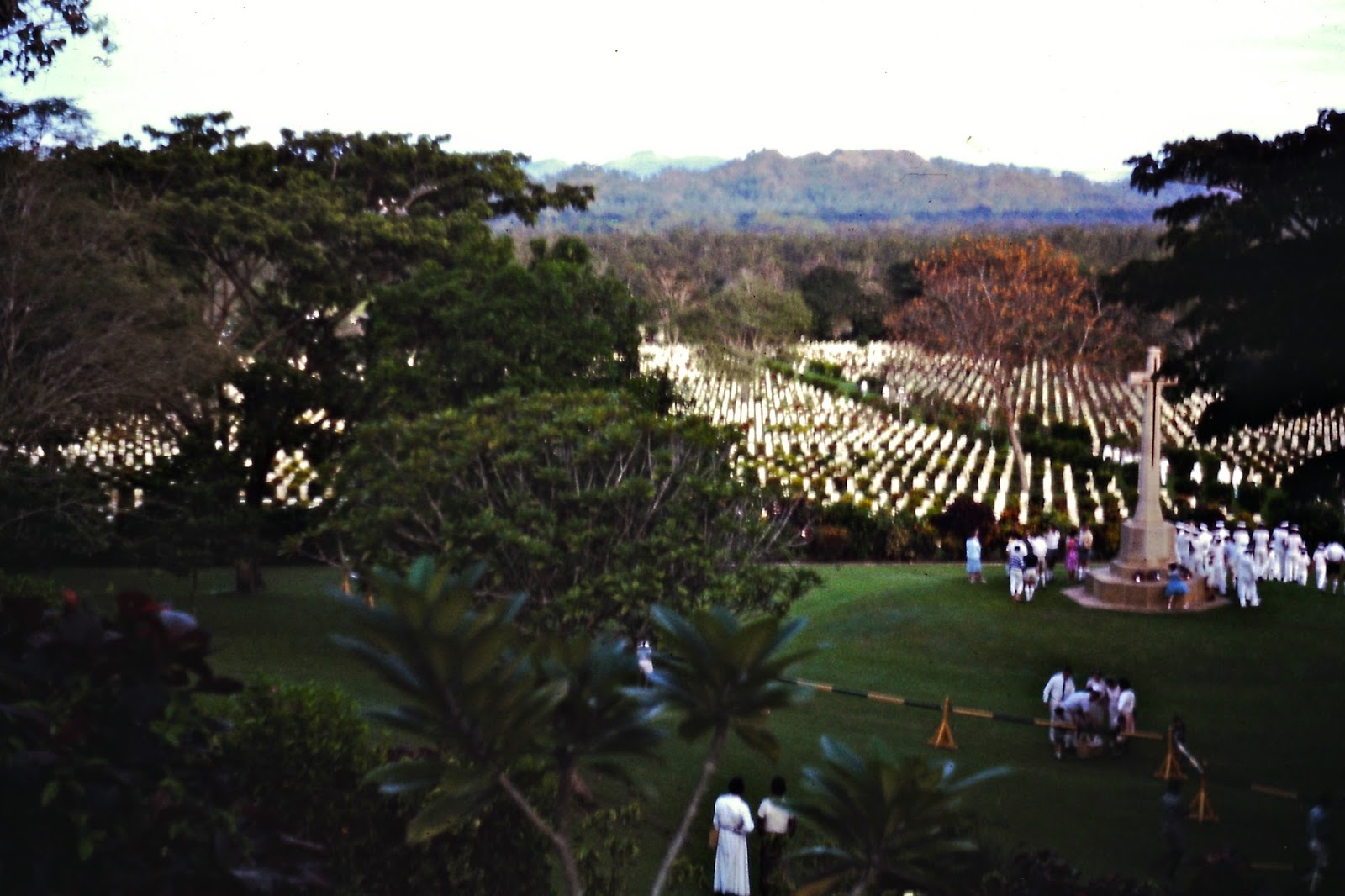 I remember attending a dawn service at the cenotaph in Bomana War cemetery. 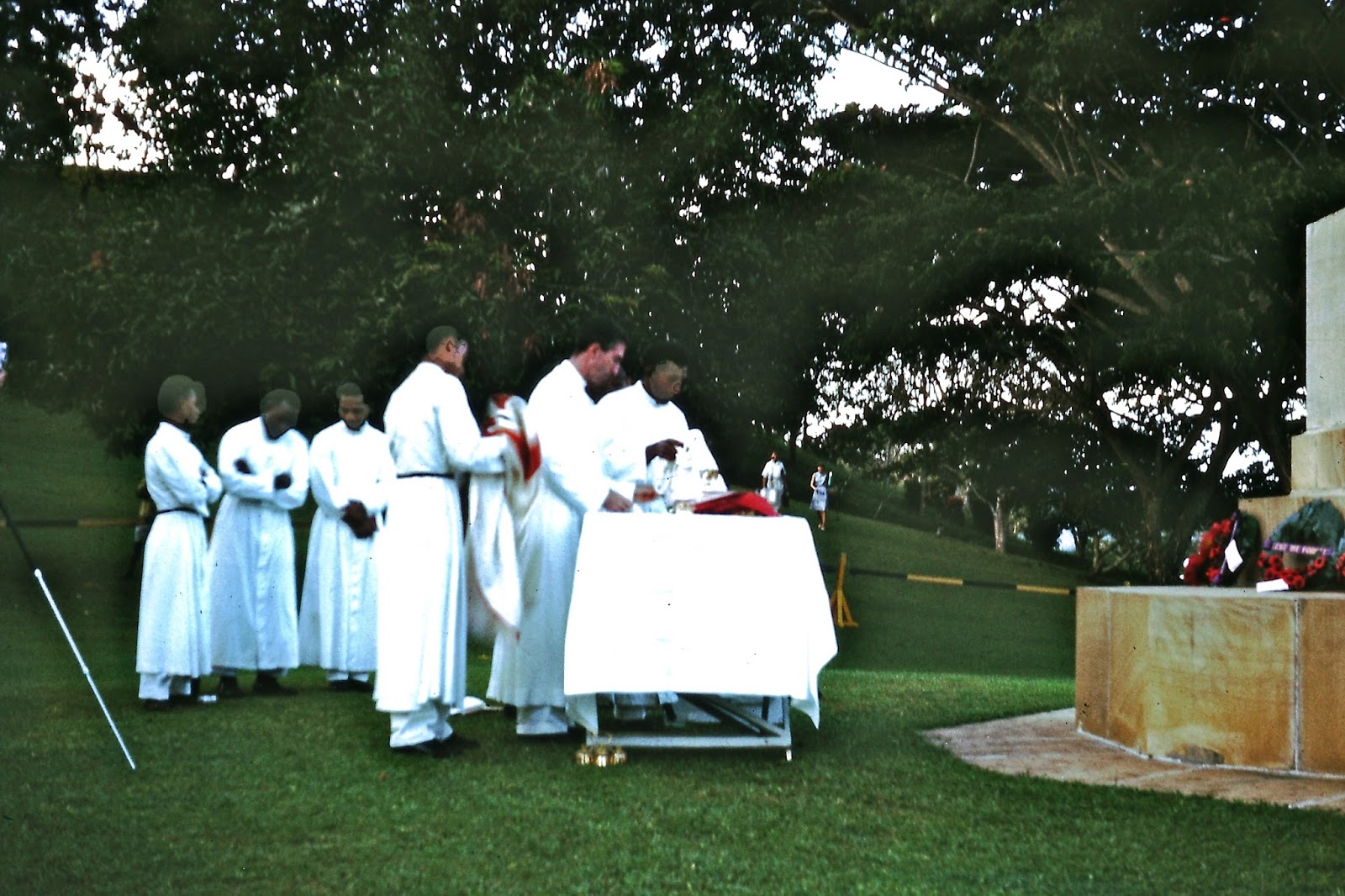 After the service we headed back to town for breakfast and waited for the ANZAC Parade to start. 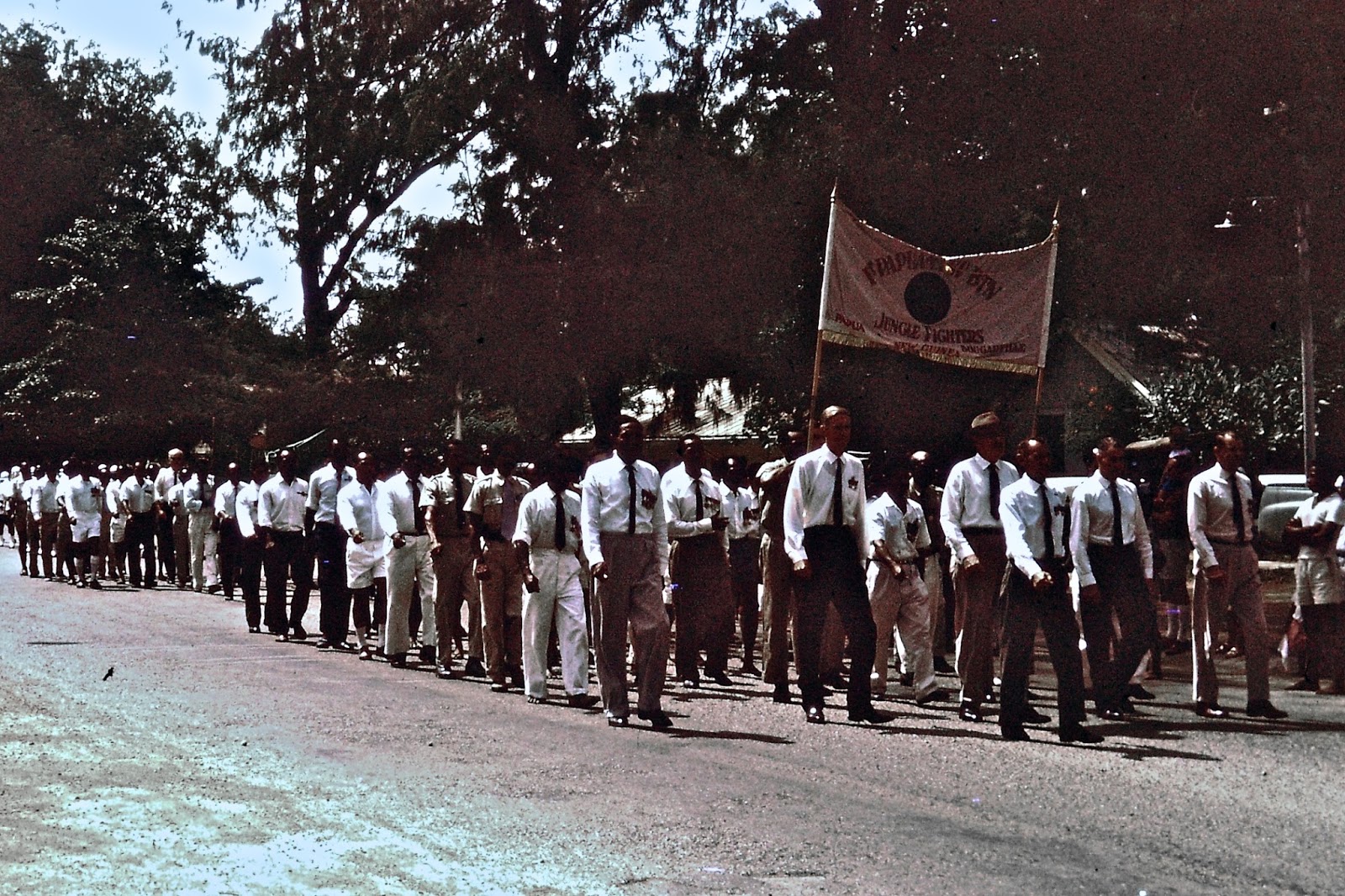 These were the Jungle Fighters, both European and Native service men who fought in PNG in WW2. 'European' was the term used to describe white people then. 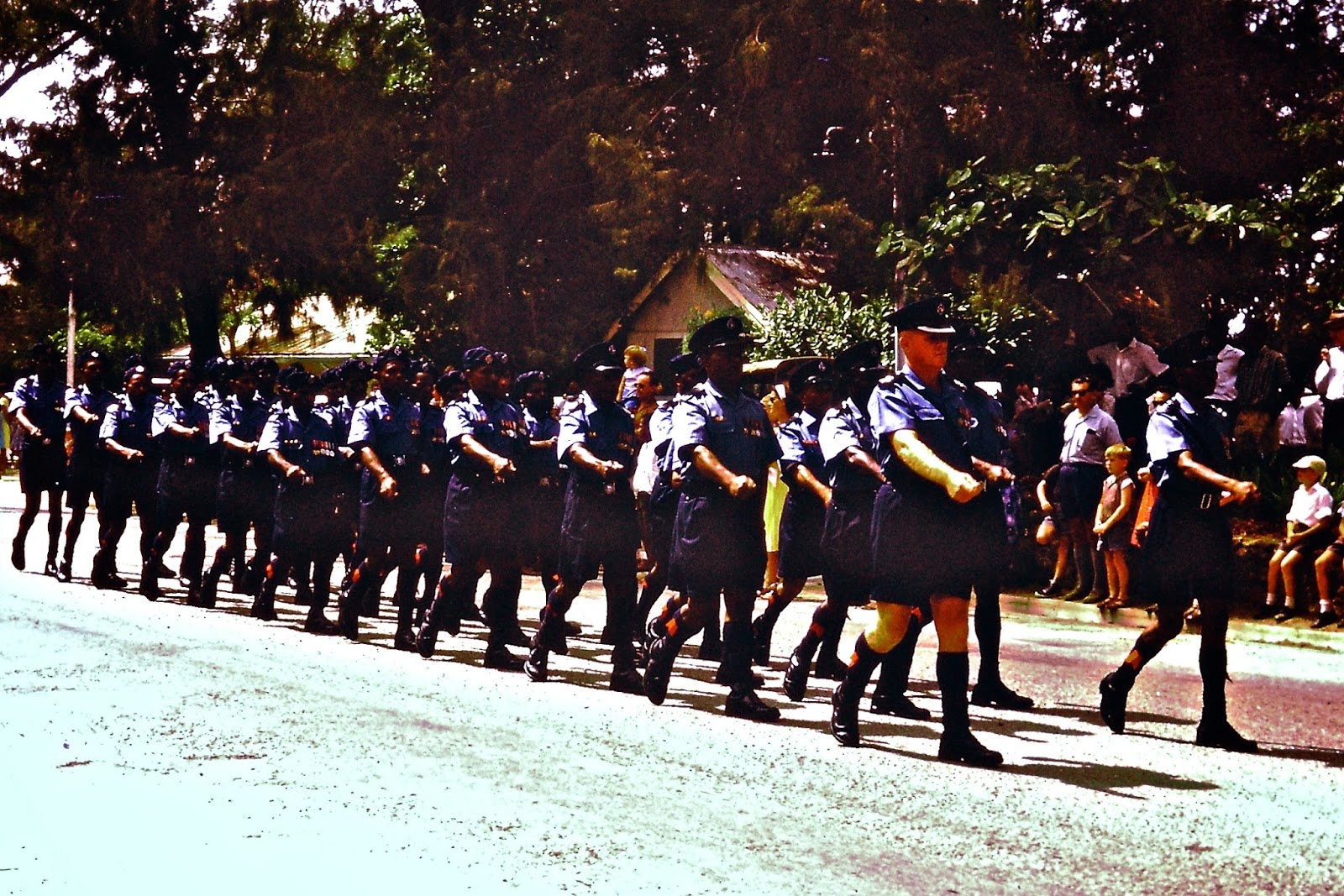 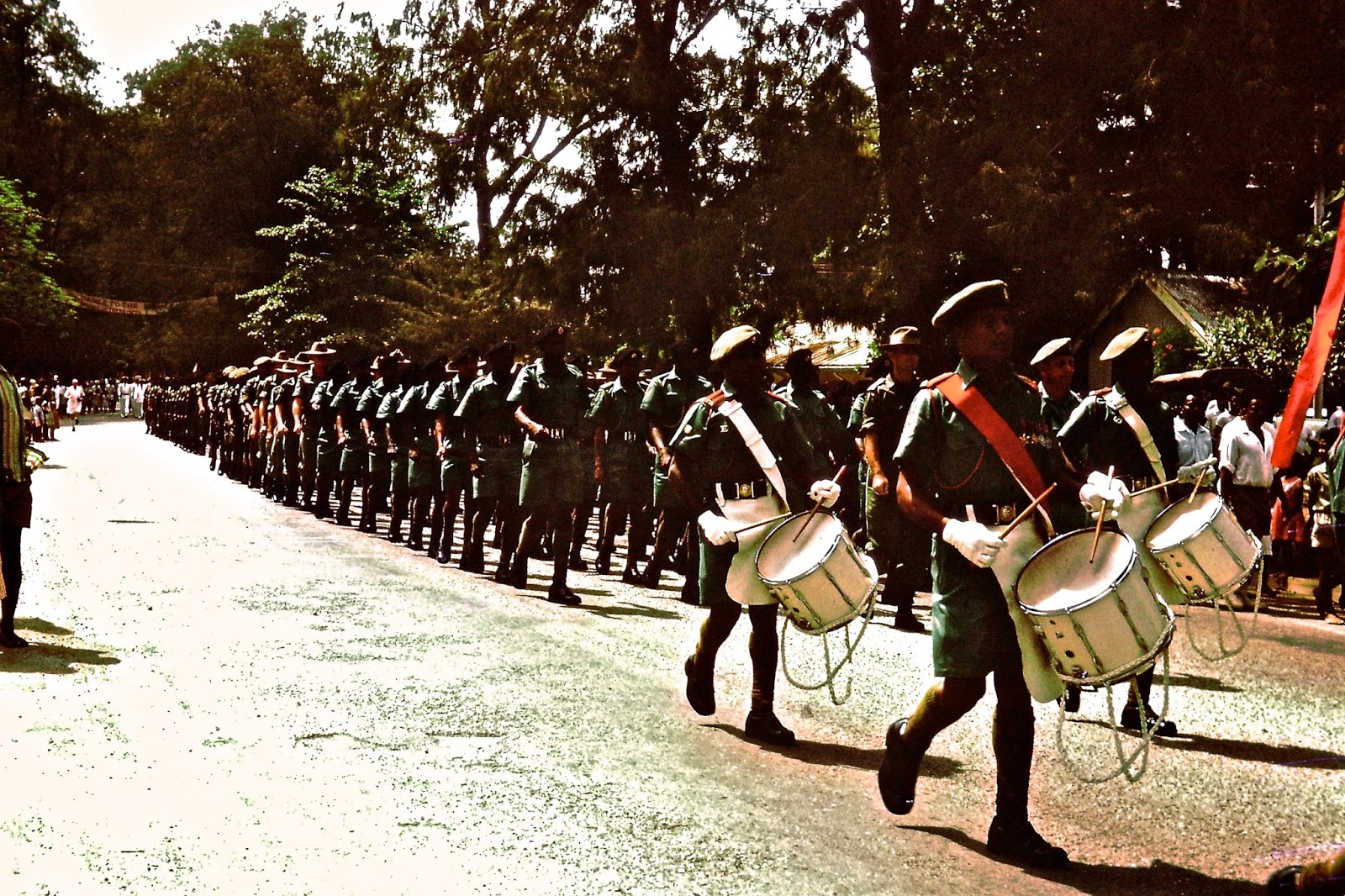 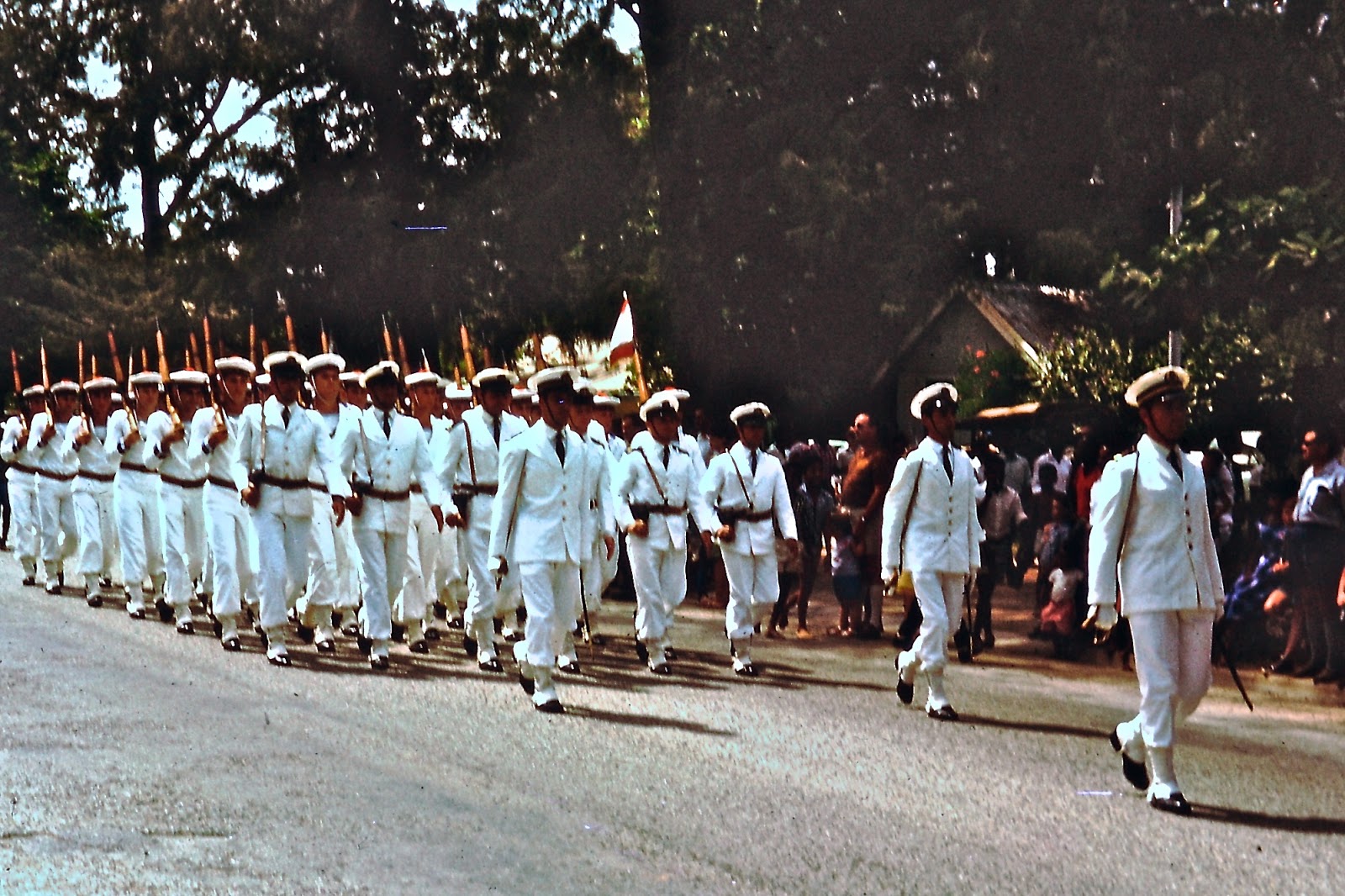 A French Navy ship was in town so they joined the parade. 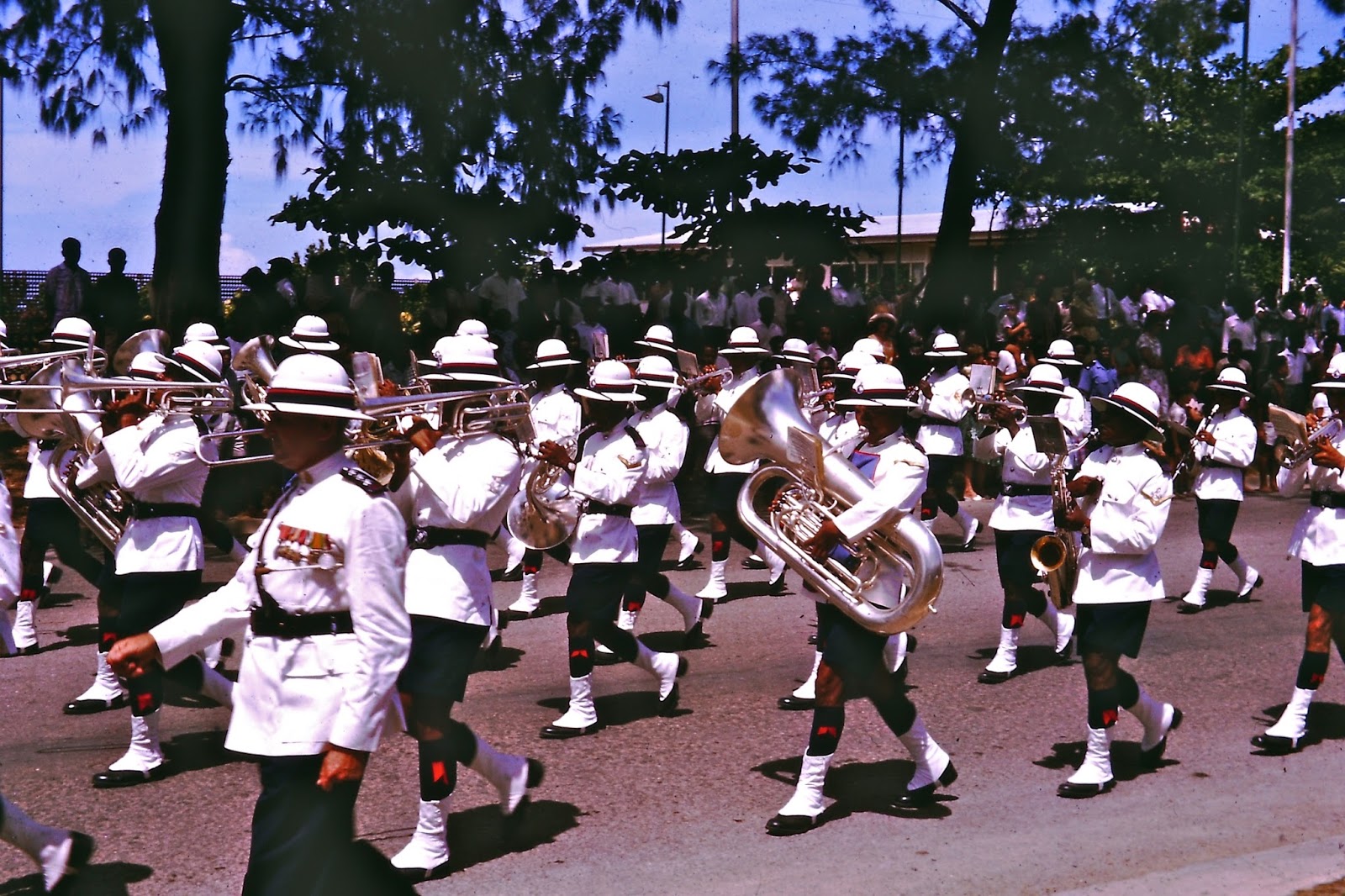 The Police Band provided the music. They were a very good band. 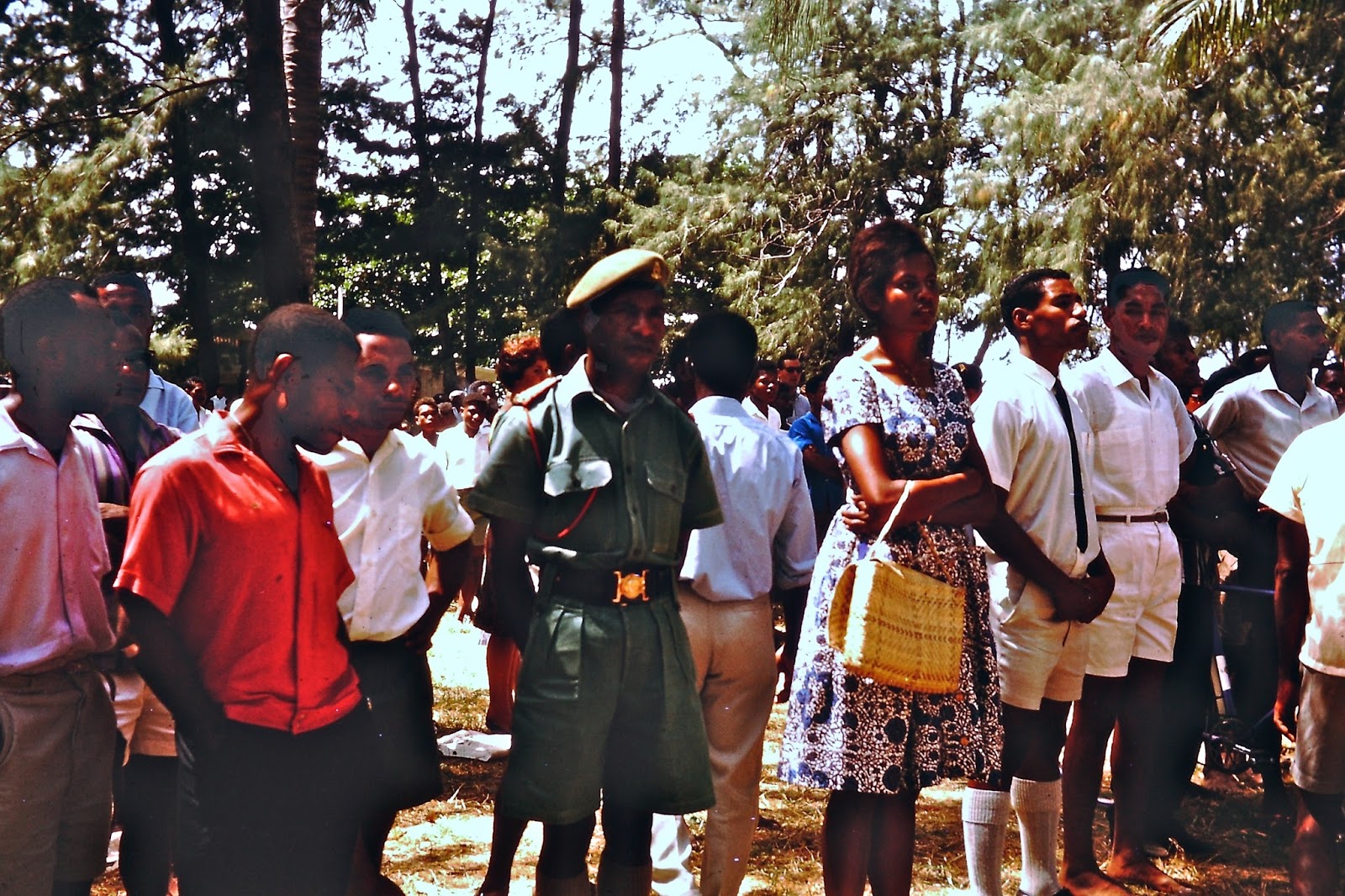 The streets were lined with spectators dressed in their best.
Posted by diane b