On our day tour from Cairns we left Lake Barrine and drove in our little bus deep into the rainforest. Our driver guide took us for a boardwalk through the jungle where we saw huge stinging plants and plants that grabbed you with their millions of thorns as you brushed past them. Then we came upon the most amazing tree near Yungaburra. 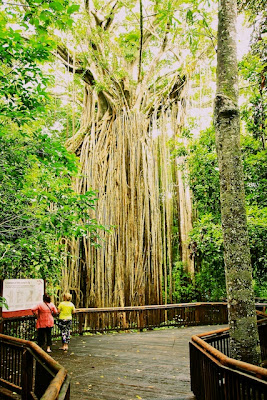 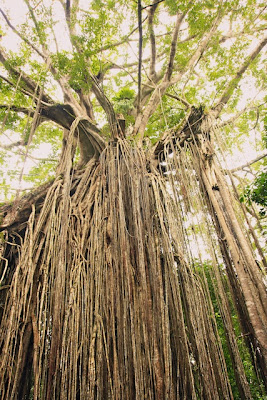 It is a Curtain Fig Tree a member of the Strangler Fig species (Ficus virens) The Curtain Fig starts growing in the top of a host tree and then sends down hundreds of aerial roots like a curtain to take hold in the ground and then the host tree dies. In this case the tree fell onto another at a 45° and the roots form a very wide curtain, which I couldn't get all into the photos. The skies were grey and light rain falling. 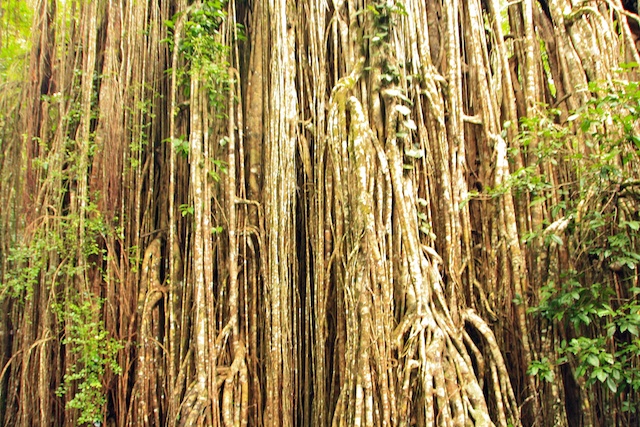 This Curtain Fig Tree is about 500 years old. They are only found in the rainforests of northern Australia.

Then we went to a creek where we were lucky to see the elusive platypus, an extremely shy monotreme. They spend most of their time feeding on worms and other riverbed creepy crawlies so it is very hard to capture them as they are only on the surface long enough to take a breath and you never know where they are coming up. 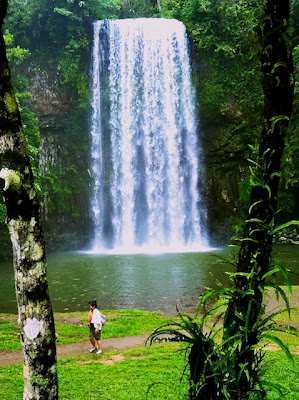 Then we were off to see the waterfalls. The first and most spectacular was the Millaa Millaa Falls. You can swim here but we didn't. 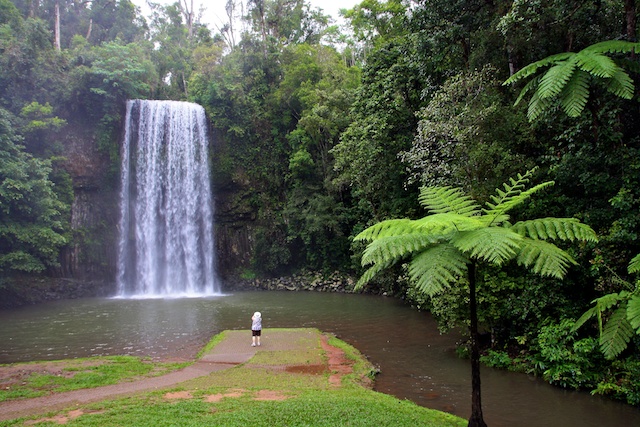 We climbed aboard again and drove on to an organic dairy farm for a cheese and yoghurt tasting.

I was accosted by a colourful cow on the verandah. 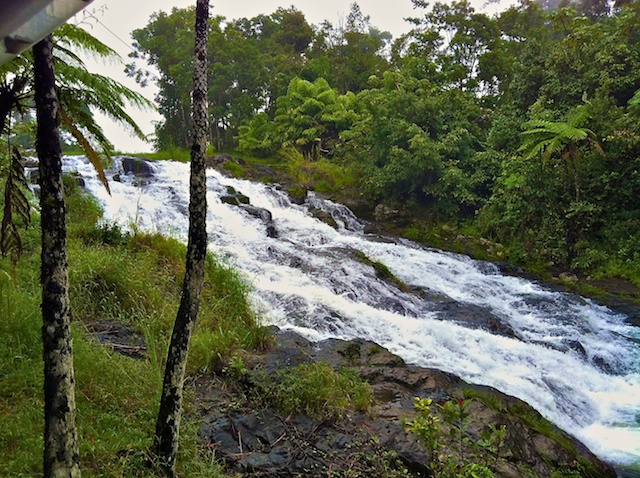 Then we drove onto Mungalli Falls, where we had lunch in a gazebo overlooking the falls. The falls start here like a cascade and..... 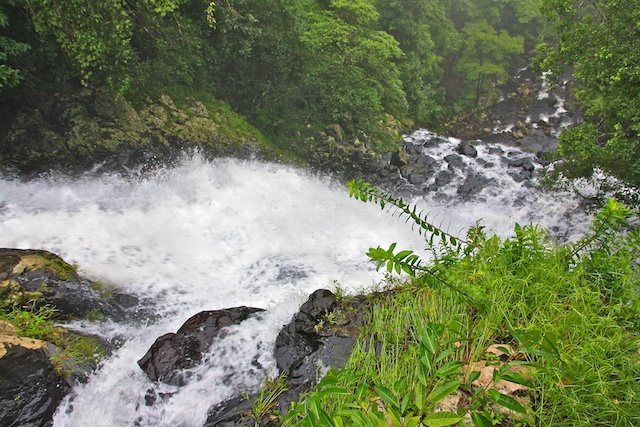 then the water plummets over a precipice and crashes onto the rocks a long way below. 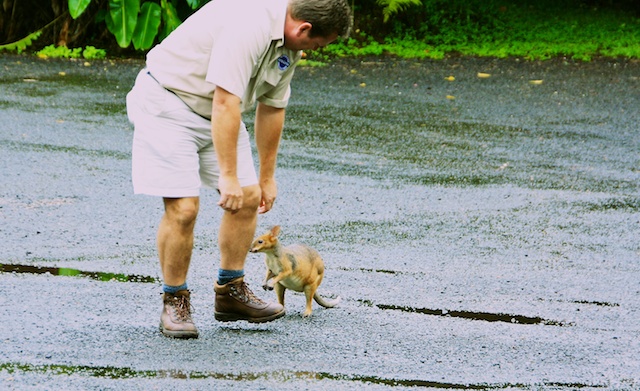 Our driver /guide has made friends with a local. (I'm not sure what kind of wallaby it is) He hopped after the driver to the gazebo to say hello to us and to scrounge some food scraps. 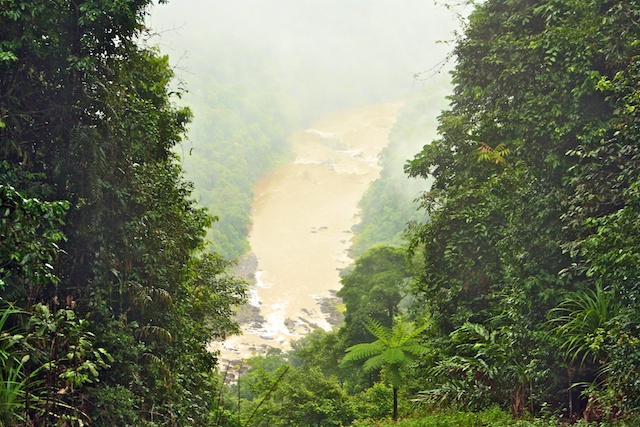 Then we pushed on to the next attraction, Crawford's Lookout overlooking the Johnstone Gorge. The rain was like a mist, typical of rainforest weather.
Next we were off to Paronella Park, where we will see the ruins of a Spanish castle in the jungle.