We live in Logan City, it is the area of urban sprawl between Brisbane City and The Gold Coast City. These three cities together with the Sunshine Coast area to the north of Brisbane and Ipswich City to the west make up the densely populated South East corner of Queensland. However the councils do try to keep some green areas for the community to enjoy. I recently read about a new area in Logan that has been opened to the public called Berrinba Wetlands. So off we went to explore. It took some finding as the roads to it are so new they were not in the GPS but Google Maps came to the rescue. It only took about 20 minutes to get there. 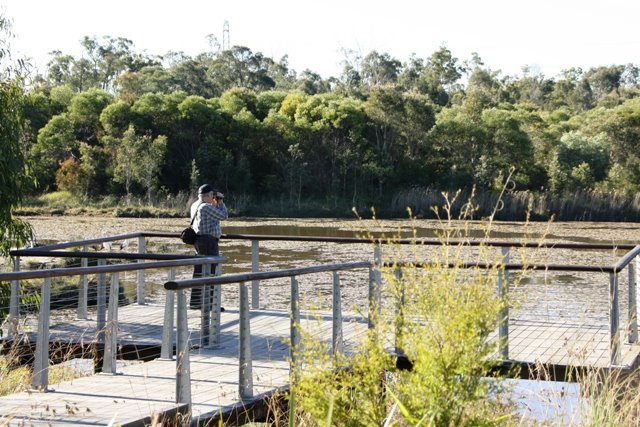 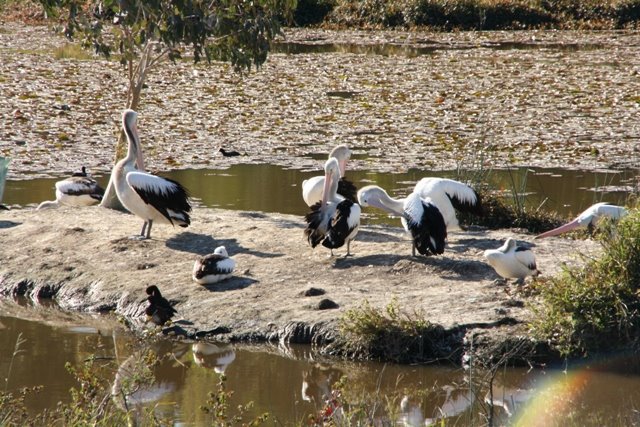 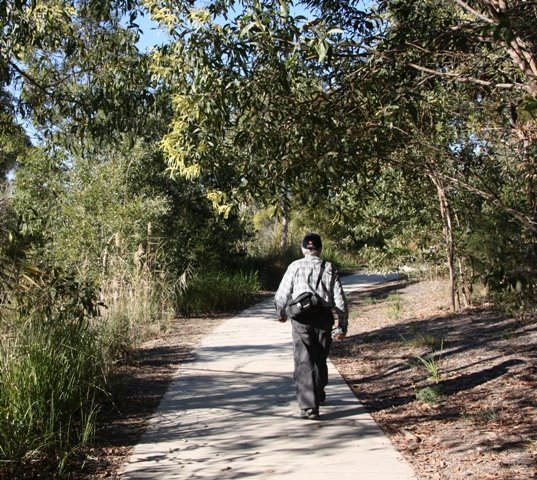 There were many pathways and cycle tracks. 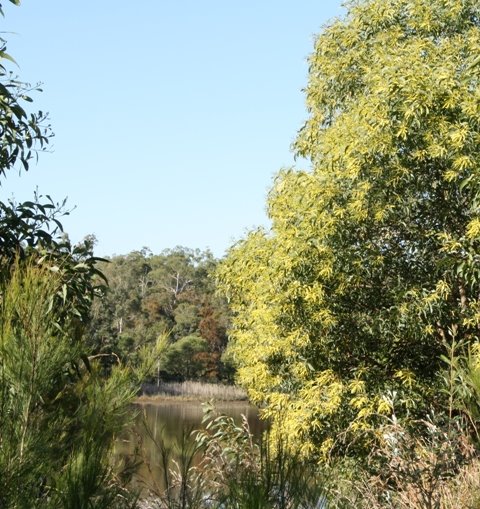 A wattle tree in bloom 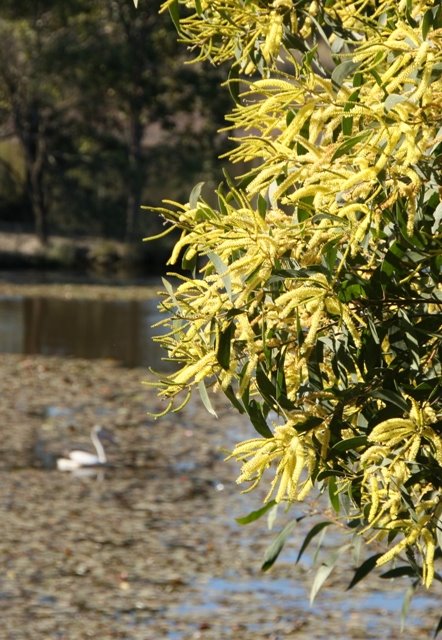 It is a different species to my last post about wattle. 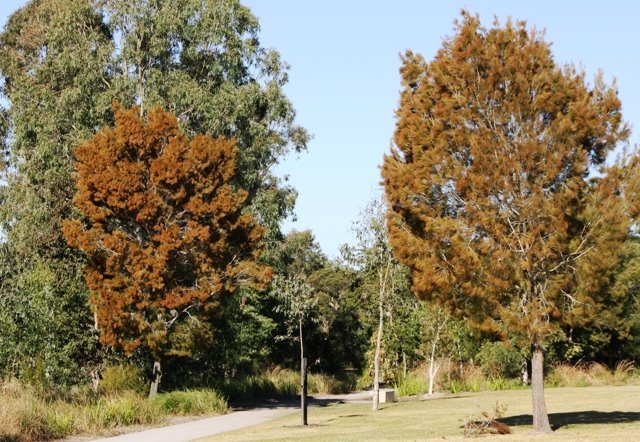 The path passed between two sheoak trees, which are also in bloom. 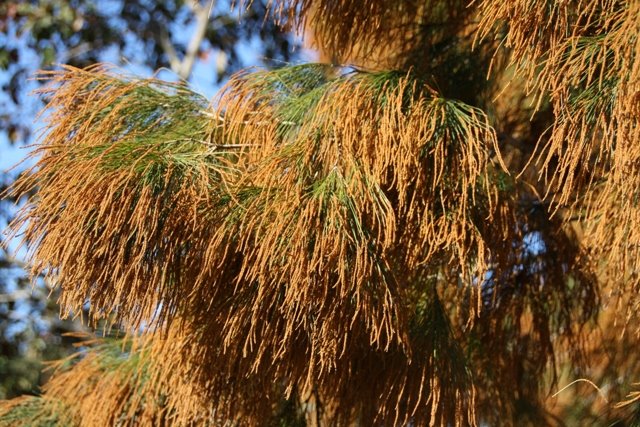 It is a very tiny flower. 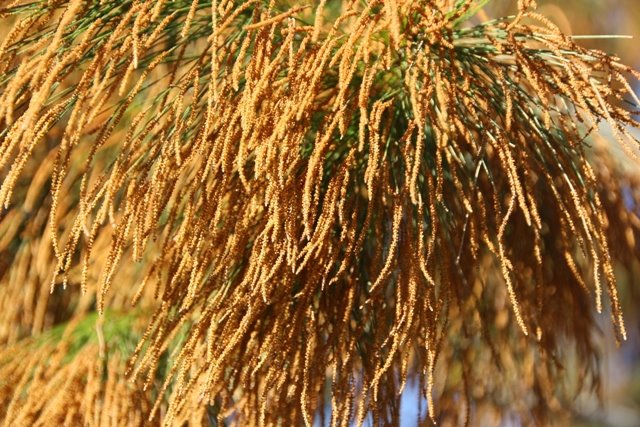 Sorry that I don't know the name of this bird. It could be a cormorant. 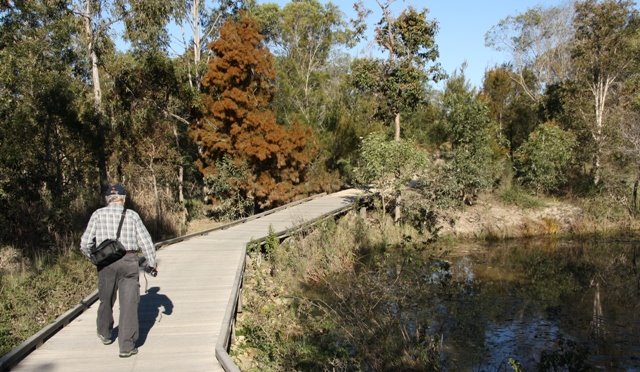 A boardwalk over the water. 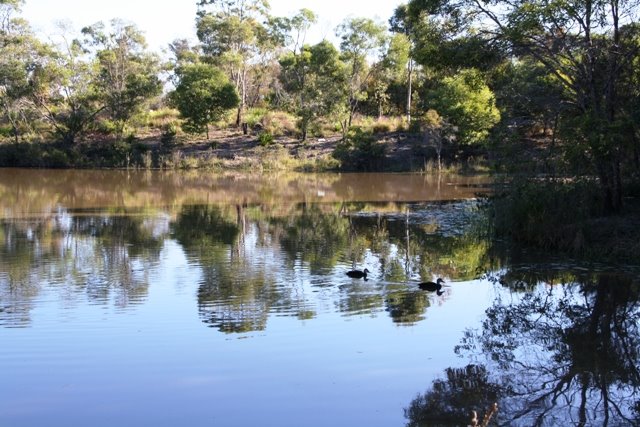 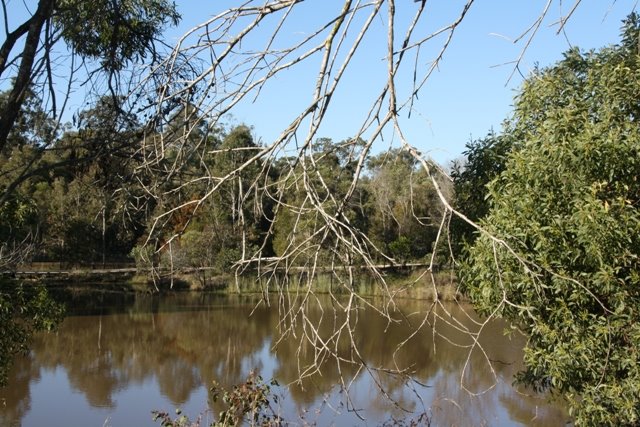 We walked a short circuit but I would like to do the longer one another day. 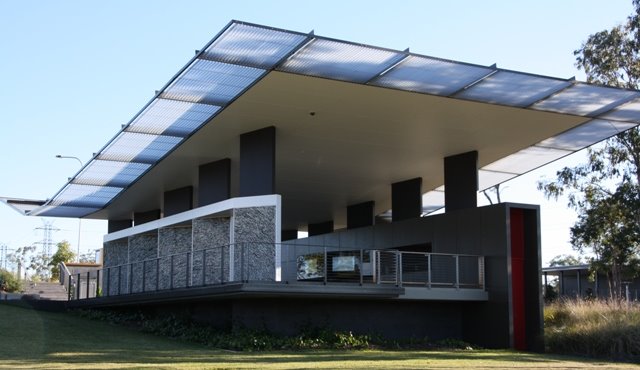 We returned to the back of the flash interpretive centre. 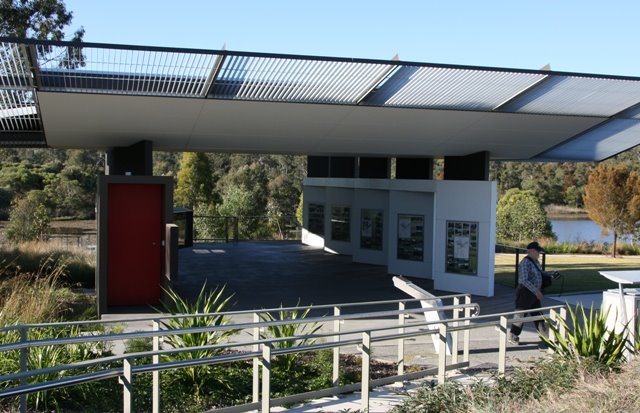 Then around to the front.

There were nice picnic spots and a big, children's playground. I thought it was a lovely area but BB reckons it will be better when the plants are more developed and the water is clearer.

Email ThisBlogThis!Share to TwitterShare to FacebookShare to Pinterest
Labels: wetlands