Australia is the driest inhabited continent in the world. In the late 1800's people realised that water was more valuable than gold. Leaders discussed the idea of harnessing the melting snow from the Snowy River which flows into the sea and redirect it into the the Murray and Murrumbidgee Rivers to increase agriculture and protect against drought seasons.

It wasn't until 1949 that the states and Commonwealth governments agreed on a mammoth scheme to not only to redirect water for irrigation but also to produce hydro electric power. 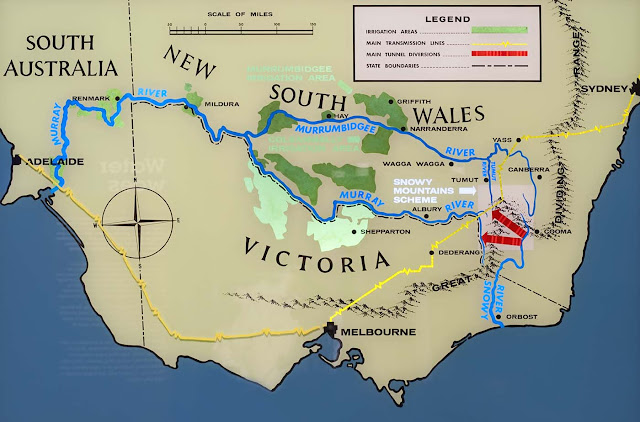 The Scheme consists of sixteen major dams; seven power stations; one pumping station; and 225 kilometres of tunnels, pipelines and aqueducts that were constructed between 1949 and 1974. How the engineers worked out how and where to build the dams and the tunnels is amazing.

In 1967 the American Society of Civil Engineering designated the Snowy Scheme as one of the civil engineering wonders of the world. 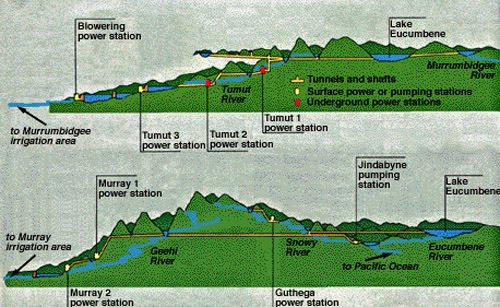 The two main tunnel systems. Water is diverted through the mountains and held in dams some is used for irrigation and some is used for hydro electricity.Sometimes the water is pumped back and forth and used more than once to make power. 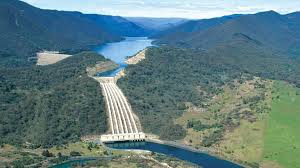 It was a very difficult task in heavily forested mountains with vertical ravines. Extreme climatic conditions added to the difficult working conditions. Freezing winters  and hot summers. To get enough workers to build the scheme a huge recruitment and immigration plan was implemented.
Besides Australians many migrants from war torn Europe escaped the horrors and started a new life in Australia. They became part of the Snowy family former enemies and allies working together. They were also instrumental in introducing new ideas other than British in construction, machinery and food. The beginnings of multi cultural Australia. 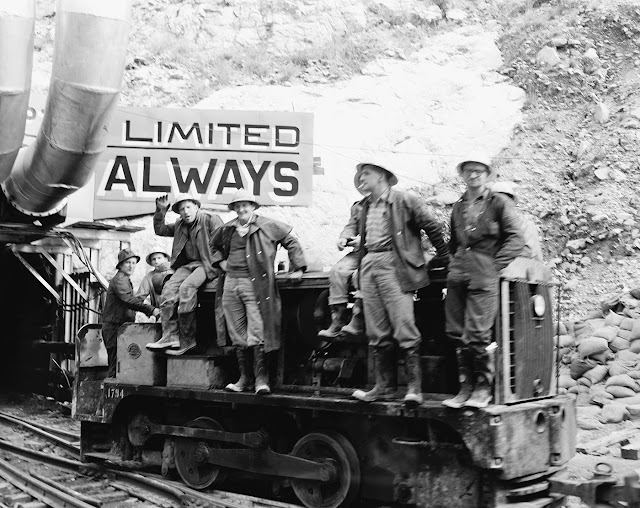 The men worked hard and for long hours. The scheme was finished before the deadline. The men were paid well for their dangerous work.

To house the workers seven regional towns and over 100 camps were established throughout the Snowy Mountains. Life in camps was extremely hard especially in the early years where men endured harsh winters under canvas with only basic amenities. During the construction time there were over 100,000 men and women from over 30 countries came to work on the scheme. Over 100 workers lost their lives due to accidents. 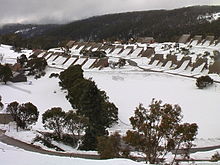 Once the area was sparsely inhabited by pastoralists. Two town ships were submerged by water when the dams were built. The residents were rehoused in new towns one of them was Jindabyne where we recently went on holiday. Now the area is a tourist attraction. Skiing in winter and hiking and biking in summer in the huge Kosiuszko National park,
The Norwegian workers introduced skiing to Australians but a Czech worker, who was a champion skier was the first to build a ski lodge and chairlift at Thredbo.