THE MOST EASTERLY POINT ON THE AUSTRALIAN MAINLAND

While we were at our reunion on the NSW north coast we visited Byron Bay. 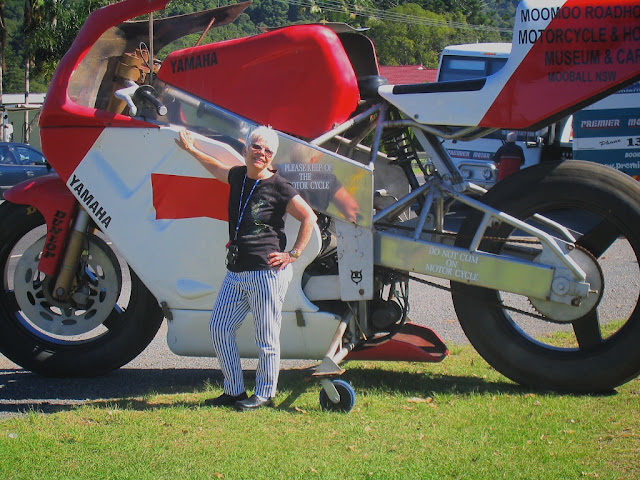 On the way we had to stop to check out this huge motor bike. I'm a bit too old and fat to be a pin up girl but I tried.

Byron Bay on the most easterly point of the Australian mainland. It was named by Captain Cook after Naval Officer John Byron, circumnavigator of the world and grandfather of the poet, Lord Byron. The lighthouse was built in 1901. The original industry of the area was logging, then gold mining. Primary industries developed, especially dairy, fishing and whaling (stopped in 1963). Now the biggest industry is tourism as the town has become a mecca for happy, hippy, arty, alternative people and tourists. 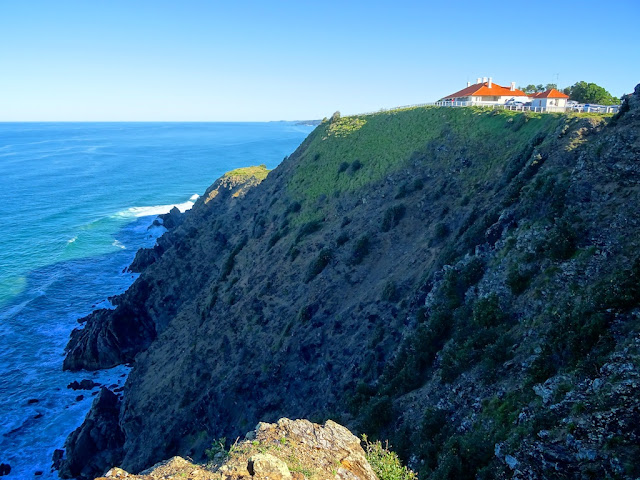 We walked from the old lighthouse keepers house around the cliff edge stopping at lookouts and gasping at the drop to the sea and rocks below. 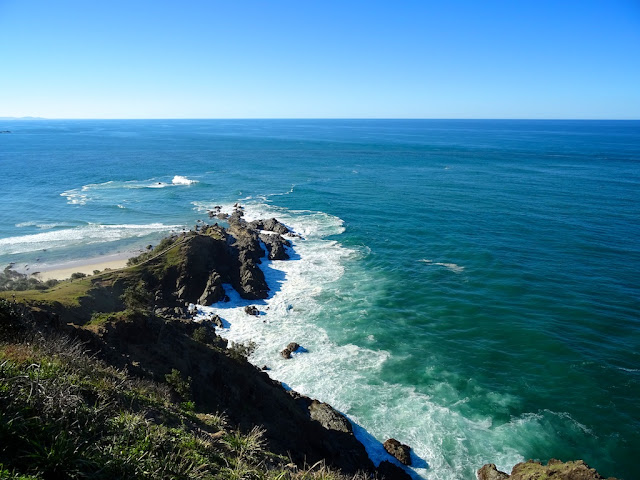 The path wound around the headland and then descended down many steps to the furtherest eastern point. Can you see the path out to the point. Del and Martin our fit bike riding friends galloped off down to the point, while the rest of us lazed in the sun on a grassy knoll. 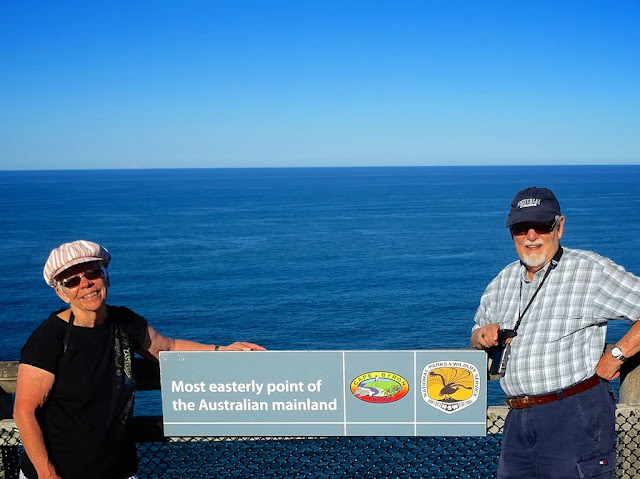 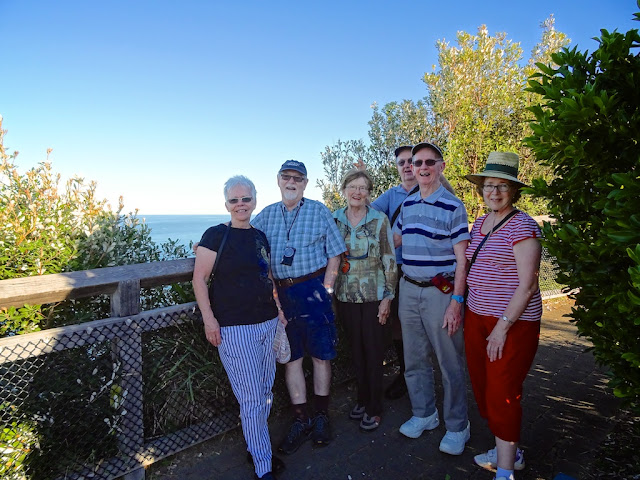 Our little reunion group. We all (except Bill) belonged to the Judo Club of Pt Moresby, PNG back in the sixties.
L to R. me, Bill, Del, Charles, Martin and Penny. 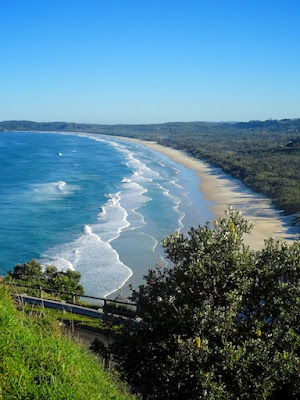 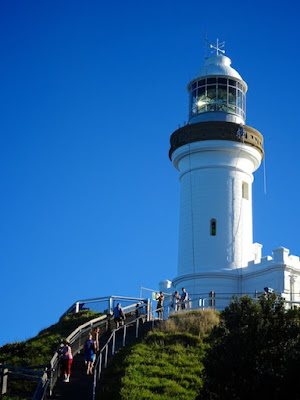 We walked back up to the lighthouse and the car park, which overlooked this beautiful beach. There are many beaches in this area.