At the end of my first year of teaching in PNG in 1964, I was getting used to living away from home in another country. I had made quite a few friends and I was having fun. I was living in a women's hostel where our meals were provided in a communal dinning room. One evening we were served tomato soup as a starter. It tasted quite nice but I felt something crunchy enter my mouth. At first I thought it might have been a piece of parsley so kept on chewing on it but it didn't taste like parsley. When no one was looking I discreetly spat out the crunch into my soup spoon. Upon examination I was horrified to see a half chewed up cockroach sitting in my spoon. I promptly put off all my friends at the table from completing their meal by telling them that I had found a cockroach in my soup.
Needless to say the hygiene in the kitchen wasn't the best.  Just to prove that point a few months later I became very ill and I was diagnosed with hepatitis. I couldn't keep anything down and I turned yellow. I was admitted to hospital and isolated. I was looked after well in the hospital and after a few weeks I was almost better and allowed to go back to the hostel and work.
I even managed another weekend outing to visit the village of Riga on their show day where they display their traditional culture in houses, art, dress and dances. 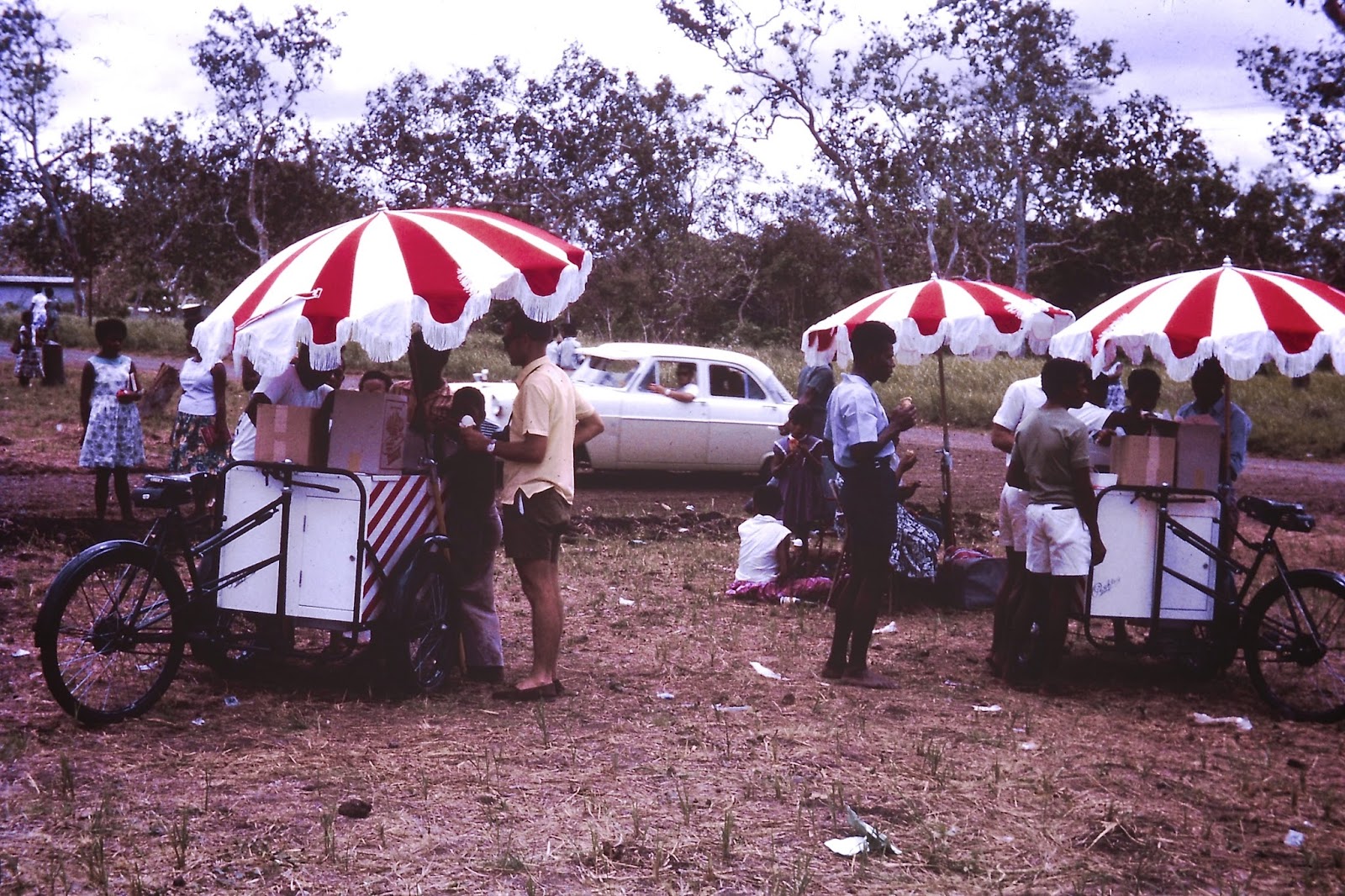 I was amused to see the bicycle, ice cream carts which were in contrast to the ancient culture of the native people.

I tired easily and suffered from the heat as I was still weak after being so sick. Luckily a few weeks later it was end of year school break and I returned home to Sydney on leave for six weeks. I was pretty tired and run down but my Mum brought me back to good health again ready to return to PNG the following February. I was happy to return but I was determined to find better accommodation.
Posted by diane b