I just returned from LA in time to join my friends for a get away in the mountains with Birthday Bear. We had booked for a few nights at "O'Reilly's Rainforest Retreat" in the McPherson Ranges on the border of NSW and Queensland. It is only a two hour drive south east of Brisbane. We stopped on the way at the little town of Canungra, where we met the rest of our group and had coffee.

After coffee we decided to check out any places of interest. So we headed for Lahey's Tramway Tunnel. 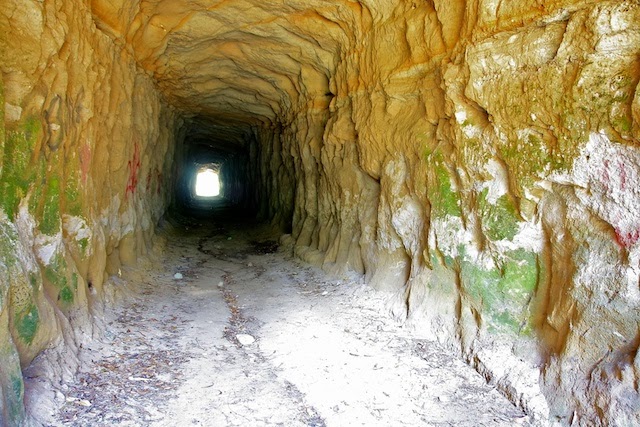 It wasn't that exciting but it had an interesting history. It was built in 1901 by the Lahey family, who owned a timber mill. Hauling logs by bullock was timely so a private rail line was built into the rainforests where timber was being logged. Locomotives hauled logs up very steep mountains and at this spot through the mountain. Ironically it was one of the sons, Romeo Lahey, who became a conservationist and campaigned for this forest to become "Lamington National Park" in 1915. Logging stopped and locals used the train for transport into the National Park until the line was pulled up in 1935. During WWII the tunnel became an ammunition dump. Then we moved onto something a lot more exciting, wine tasting at O'Reilly's winery where we also had lunch. 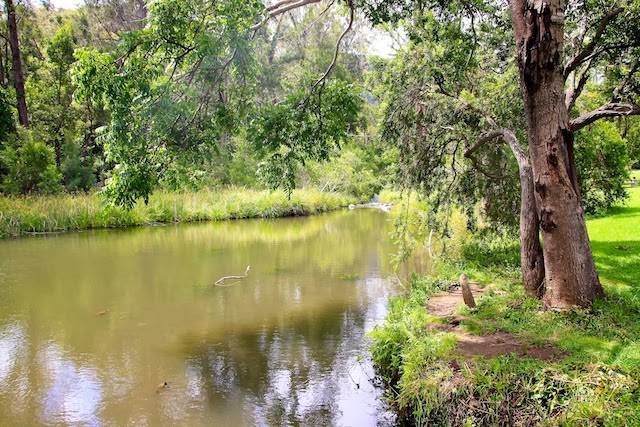 There was a pretty picnic area behind the winery and a stream where the shy platypus can be seen sometimes. 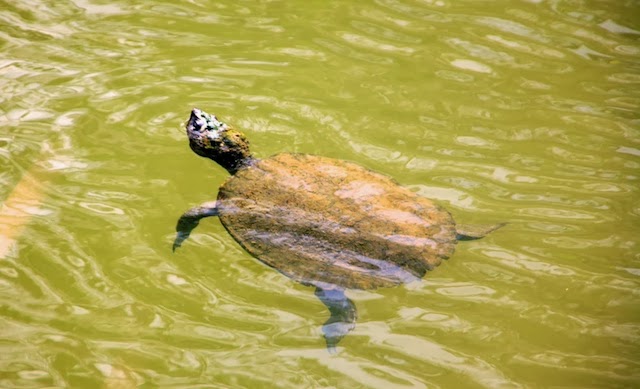 We didn't see any platypus but we did see many turtles. It was getting close to check in time at the retreat so we headed up the mountain. It is a very steep, narrow and winding road but the scenery is breathtaking. 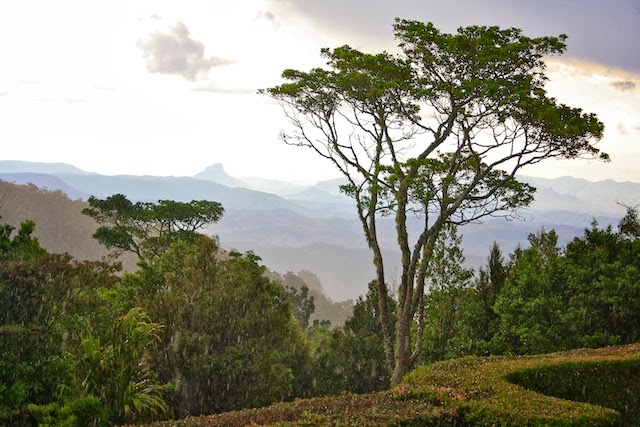 It had started to rain as it does most afternoons in the sub tropics but the view from our room was still stunning. 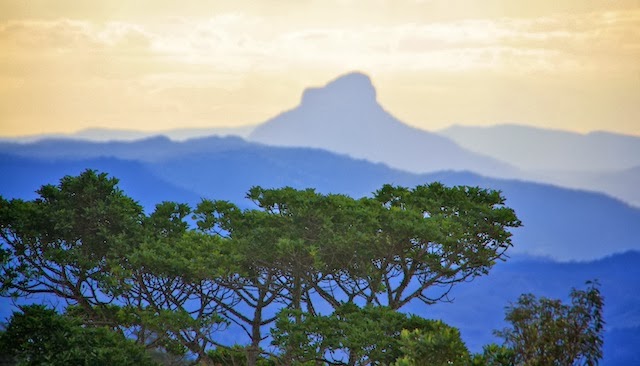 Soon the rain cleared and we were treated to a visit from some locals.

The Rozella Parrot came to our balcony and helped me eat an apple. 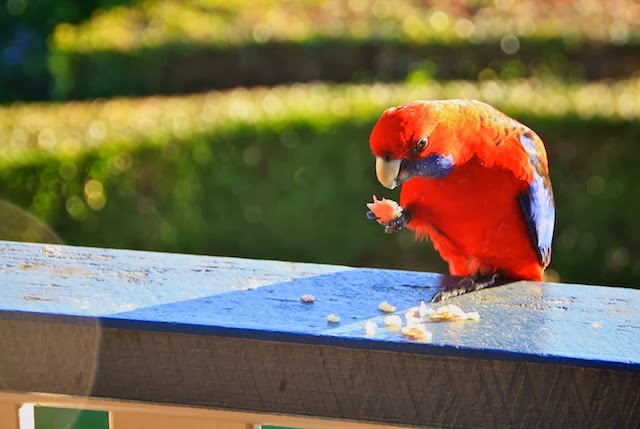 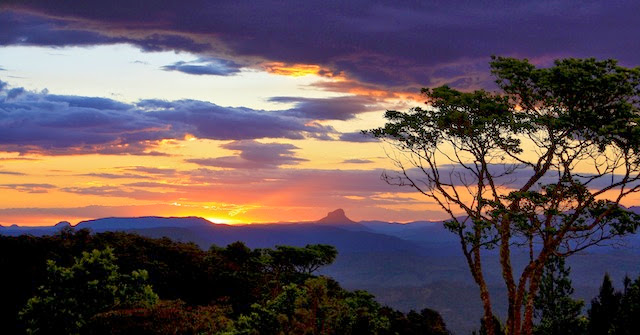 The sunset was pretty and told us it was time for dinner. 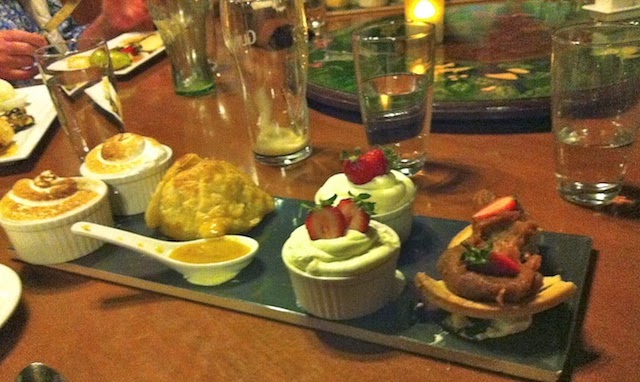 The steak was to die for and the dessert too much. Bill and I shared this mixed platter for 2. There was lemon meringue, apple dumpling, berry mess, and pumpkin pie reconstructed. (We couldn't eat it all).
We were looking forward to some more adventures the next day.