ANZAC (Australian and New Zealand Army Corps) is the name given to the Australian and New Zealand soldiers, who landed at dawn, 25 April 1915, on the beach at Gallipoli, Turkey during World War 1.
ANZAC Day now honours all service given by all members of the defence forces and their civilian colleagues. Australians have seen service in many places: Europe, Africa, Asia and the Pacific.
The days commemoration starts with a solemn dawn service followed by a street march and ends with socialisation.
Today we attended our local suburban commemoration at Springwood Park Cenotaph in Logan City.

The "Stand To" ceremony. 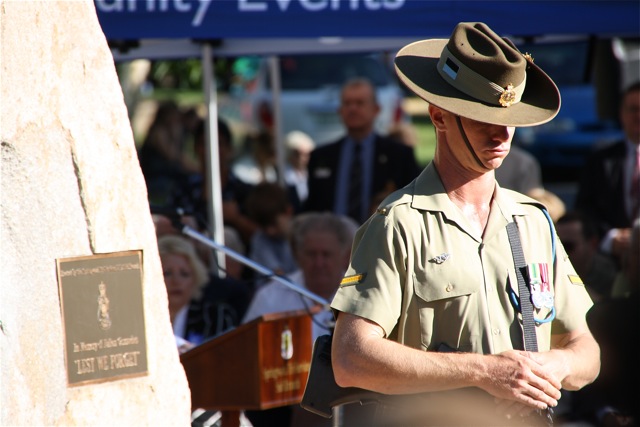 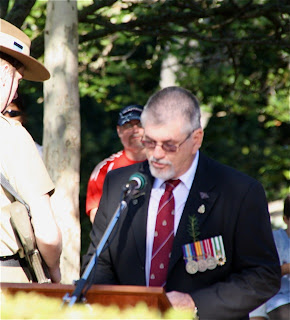 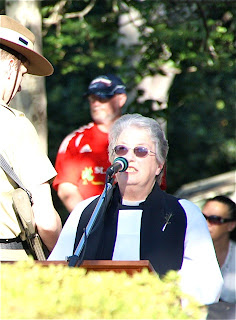 Local dignitaries and church leaders give their thanks to the ANZACs 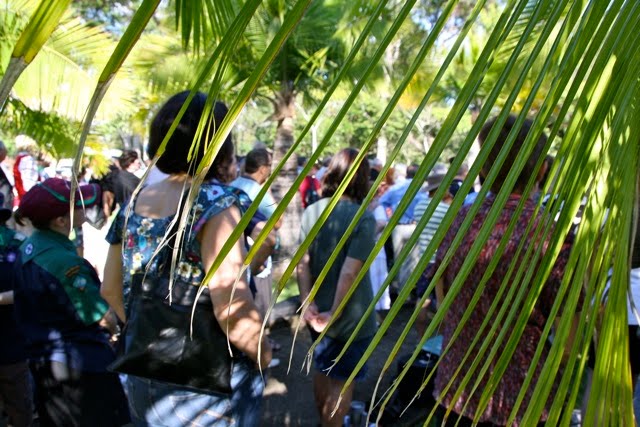 Some of the local crowd seek the shade in the park on this return to summer day. 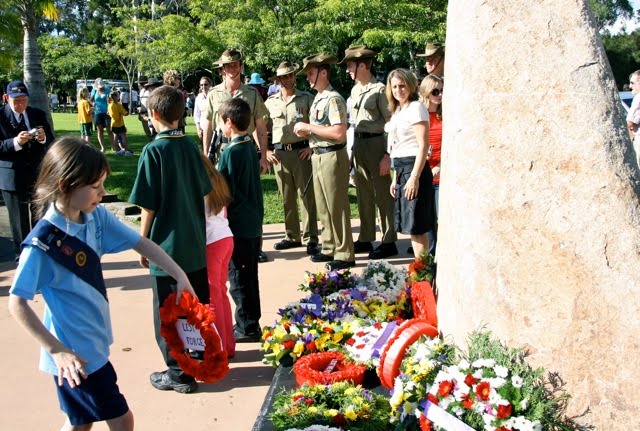 Many citizens and groups lay wreaths. 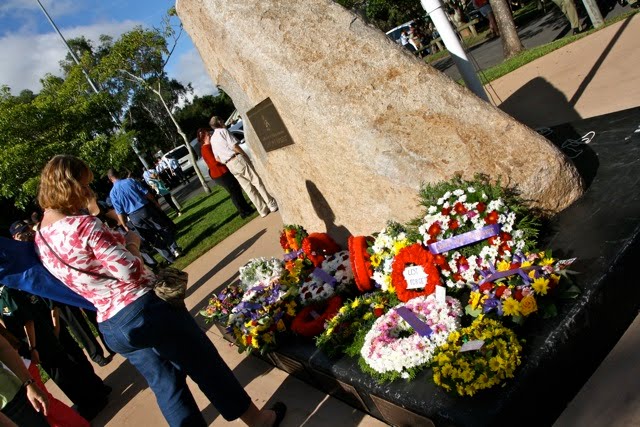 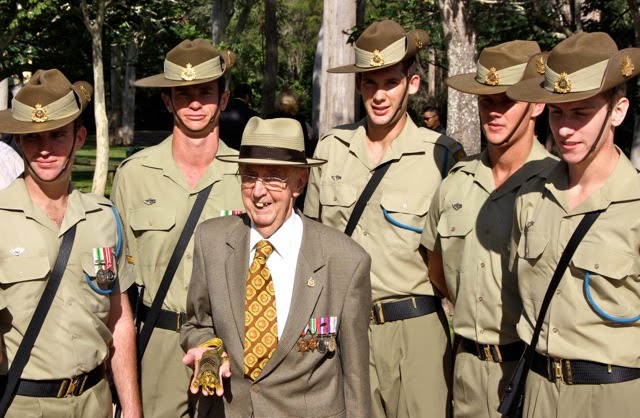 Members of the 9th Royal Queensland Regiment share a proud moment with an old "digger", an Australian slang term referring originally to an old World War 1 soldier but now refers to the Australian army. He is holding what could be the regiments crocodile mascot with three stripes. 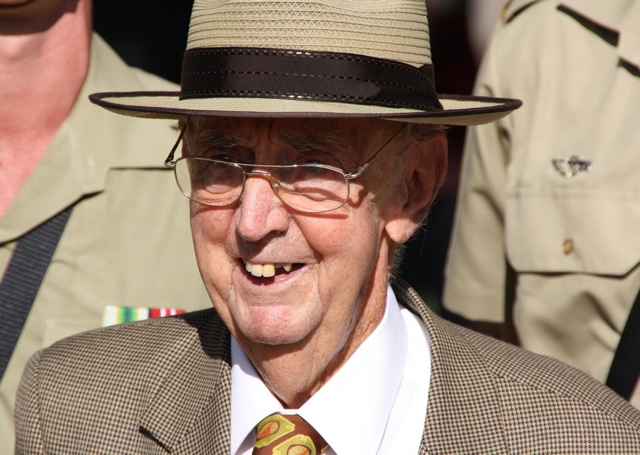 They shall grow not old, as we that are left grow old;
Age shall not weary them, nor the years condemn .
At the going down of the sun and in the morning
We will remember them. 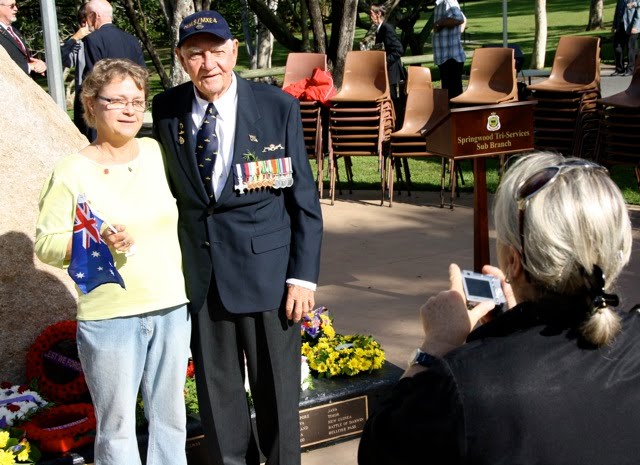 Could be a proud daughter with her Dad. 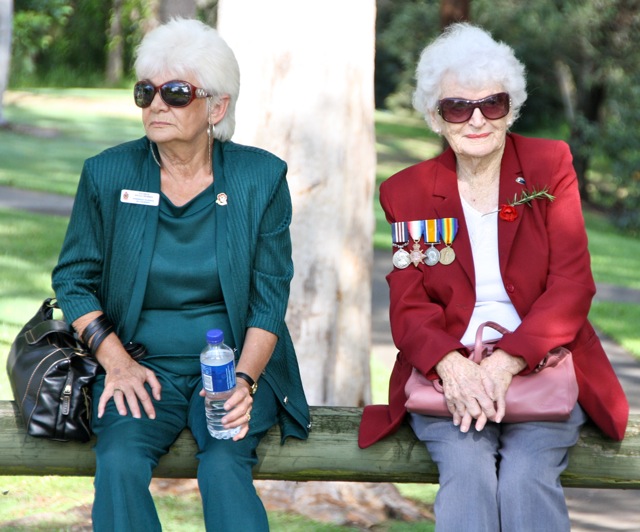 When an old Digger dies his close relatives can wear his medals on ANZAC Day. Notice that she is also wearing a sprig of Rosemary and a red poppy, both symbols of remembrance. 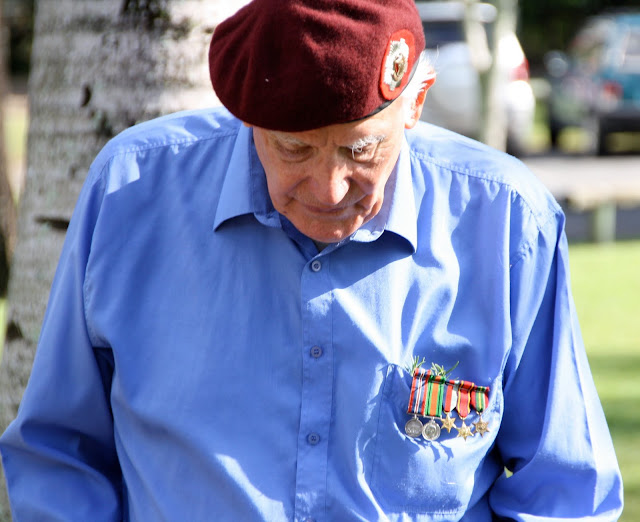 I caught this old soldier in my lens and then realised he was intent on doing something. After a while I realised he had sprigs of rosemary in his pocket and he was.... 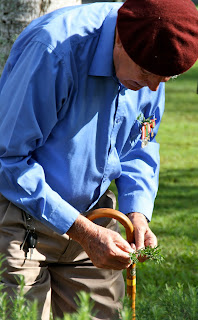 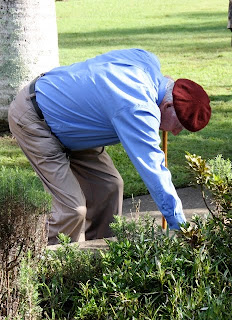 planting them one by one in the park garden. I bet they were for the comrades he had lost. 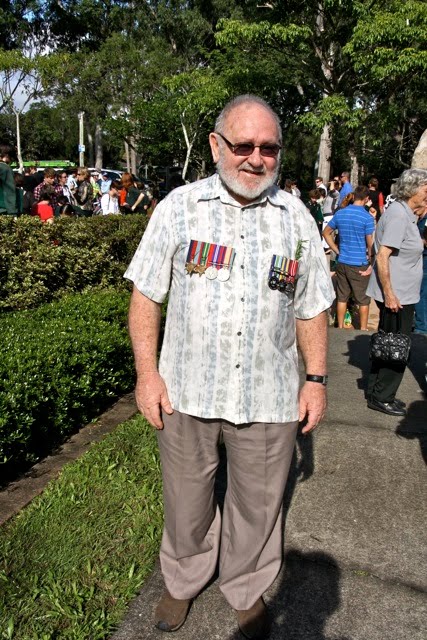 This old soldier was probably on his way to the local club to socialise with old friends who share a special bond. Many drinks will be had and maybe the odd game of "Two Up" played. A famous Australian gambling game played with two pennies. It was played a lot by soldiers during the wars. It is the only day of the year that it is legal to play it.
Posted by diane b